There is no doubt that the same day that God created postal operators, He created discontented people. Otherwise, how can one explain that people are constantly dissatisfied with the work of the post office? Of course, one can assume that the point here is the incompetence of individual workers, but such indignations happen all the time!

For some people, the package simply disappears, as if it never existed at all. Someone has a valuable thing broken during shipment, someone has been waiting for a refund for months, and for some extremely “lucky” people, all these factors coincide.

And then it turns out to be an outrageous situation, as was the case with the American TikToker fowl_mouth_mama, whose video went viral, gaining more than 524K views and even more than 5K various comments. 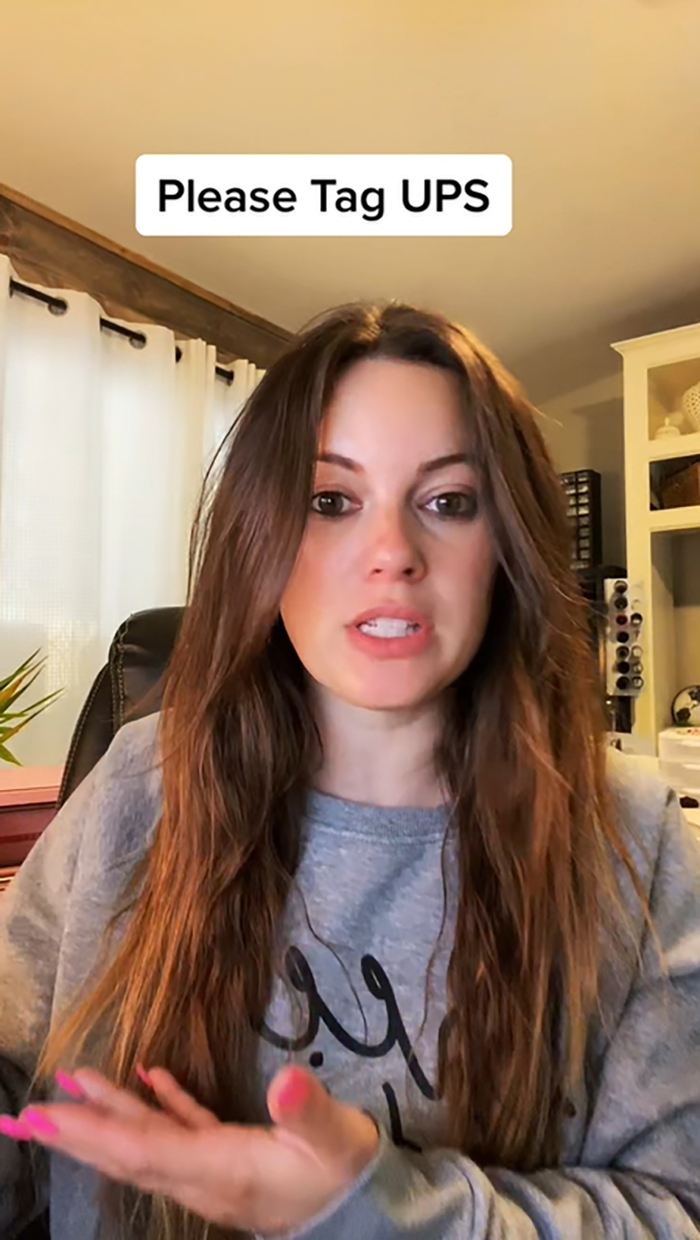 So the Original Poster sold a $700 air conditioning unit online and shipped it to North Carolina via UPS. To make sure, the woman bought insurance, and in general, the shipment cost her $120. Although she did not know about it yet, it would also cost her three months of waiting and a bunch of lost nerves. 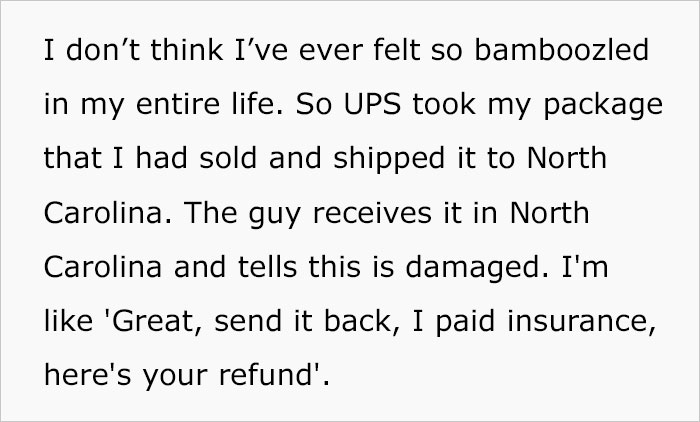 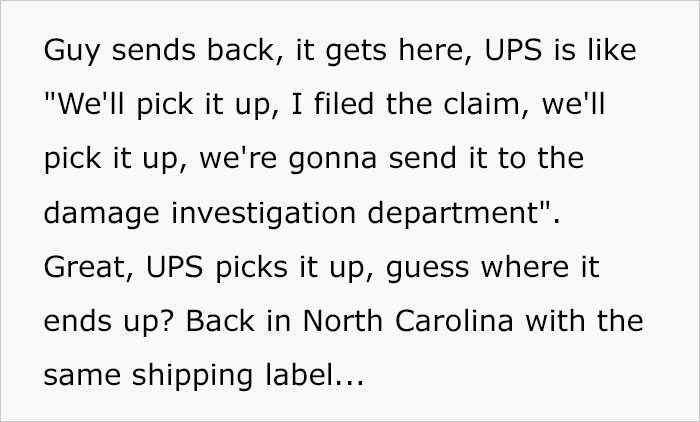 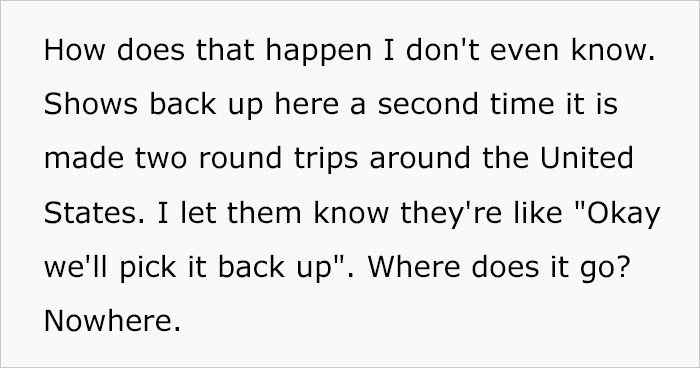 When the package arrived to North Carolina, the buyer claimed the air conditioner was damaged. The OP, knowing that she had insurance from UPS, calmly refunded him and requested a return shipment to the Damage Investigation Department. 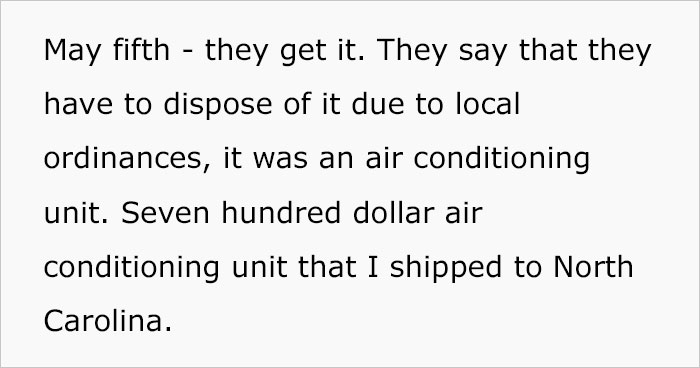 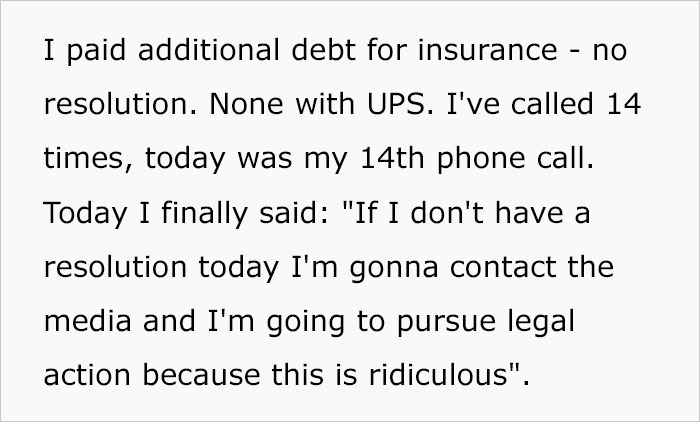 Some time later the package was delivered again to North Carolina, with the same shipping label

Interestingly, some time later, the package was delivered… again to North Carolina, with the same shipping label. She had to order the shipment again – and the journey of the package throughout the country began. Nearly two months after the original shipment, it finally arrived to the Damage Investigation Department – and now the days of waiting for their verdict began. Very long days, we must say… 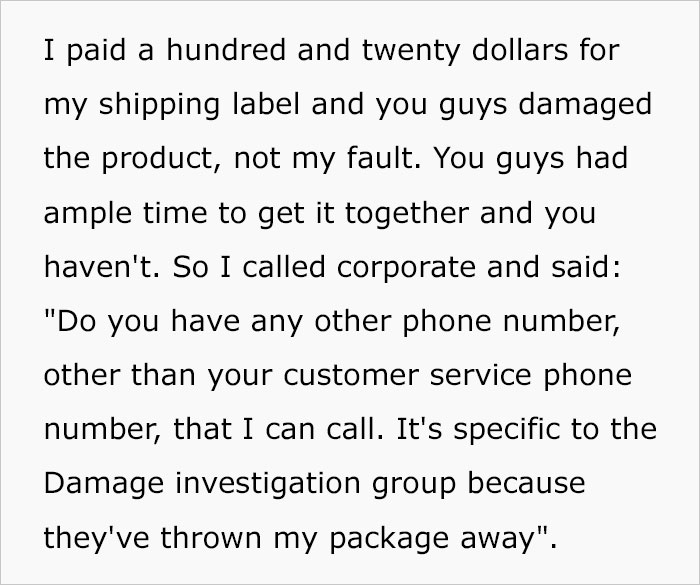 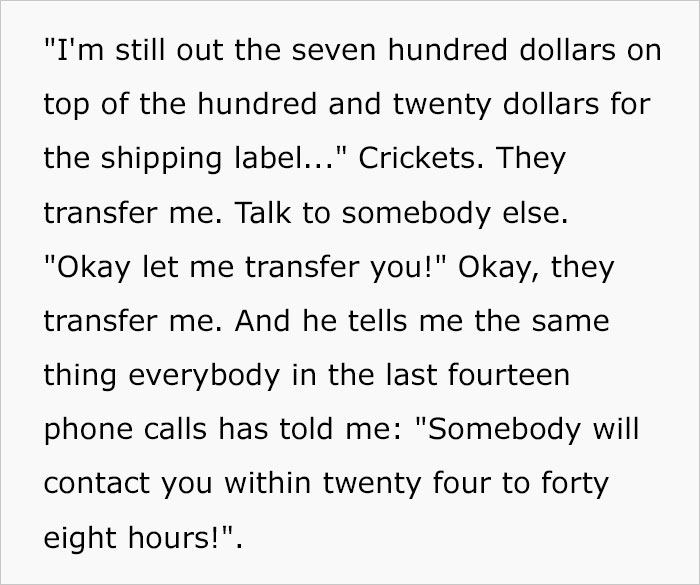 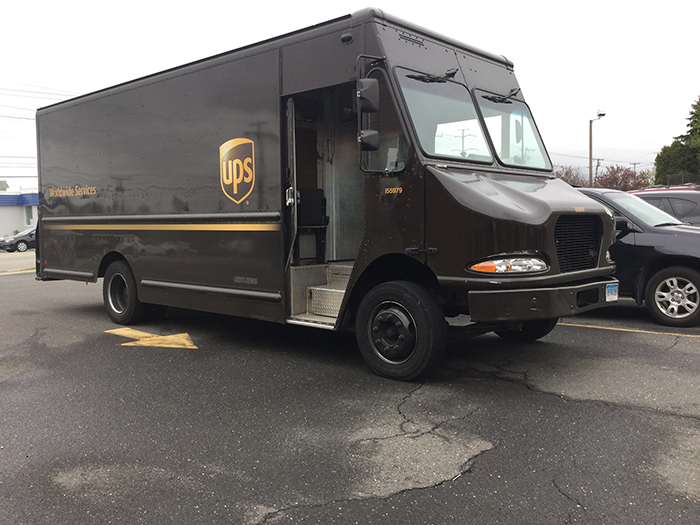 Finally, now in the fourth month of the process, the OP was informed that her air conditioner was to be disposed of as beyond repair due to damages. She demanded to be reimbursed for the cost of the item and insurance – this time the employees began to transfer her with the same standard wording: “We will get in touch with you within a period from twenty-four to forty-eight hours…” 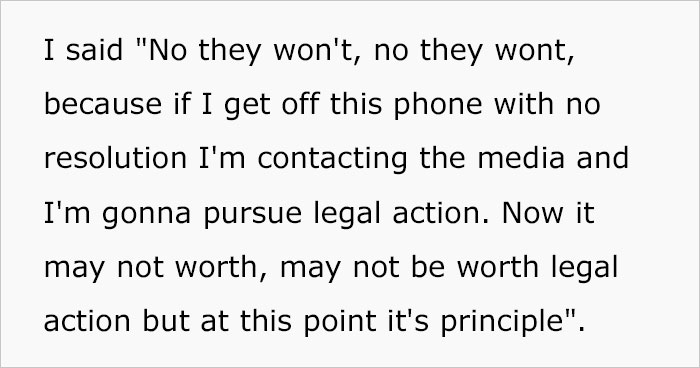 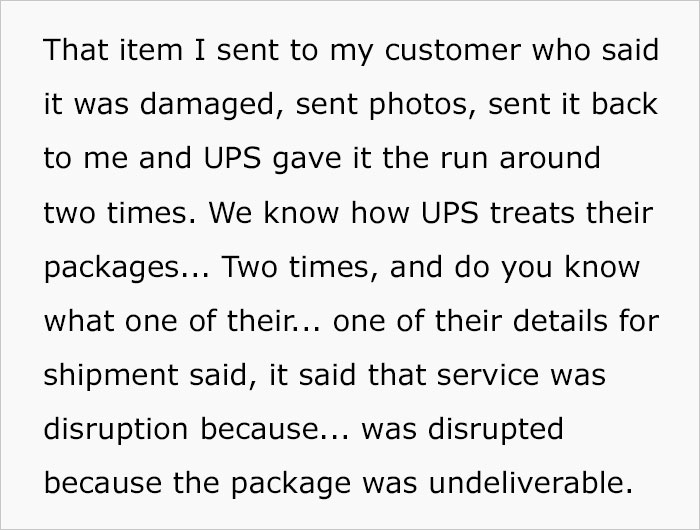 The OP’s patience had run out. She called the UPS clerks for the fourteenth time and said that if she did not receive a resolution that same day, she would turn to the media and probably sue the company. The only result of the conversation was this video.

By the way, commenters massively supported the OP, giving their own examples of negative cooperation with this postal operator. Some of them even worked for UPS, and noted that the staff handled the packages rather carelessly, so it’s not at all surprising that the air conditioning unit broke down in transit.

However, the viral video still bore fruit. A few days later, the TikToker recorded another video saying she had been contacted by UPS management. They claimed to have seen her video, apologized and offered to cover the cost of all her expenses. In general, the blogger still achieved her goal, but is it worth it to always make such an effort if the postal service should have worked flawlessly in the first place? 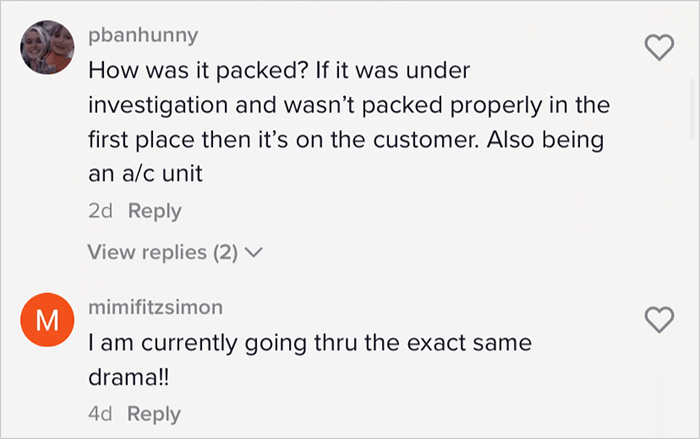 We’d love to read your comments on this story, and we’re pretty sure you have your own one about a lost package or unreturned money. After all, “postal operator” and “dissatisfied consumer” go hand in hand, in any language and at any time.

The post Woman Sent A 0 Package To Customer That Arrived Damaged, Later Turned To Social Media As UPS Couldn’t Resolve The Problem For 2 Months first appeared on Bored Panda.