As we hold the delightful morsel of literary genius, worldbuilding, and character development in our hands, rarely do we consider the hours of effort and skill it took for it to take physical shape. I’m of course talking about books. Whether an element of aesthetics or a best friend, they find their place in every home.

However, writing is tough and the actual process of writing is often underappreciated by those who’ve not touched much upon it. Sometimes it gets to the point where it isn’t even considered a proper profession or job. This sort of situation was described by a Redditor, whose account had sadly been deleted by the time of writing.

Her boyfriend was adamant about her getting “a real job” after they moved in together, but she refused, her dreams of becoming a published author too close to reality to be abandoned for an uninformed opinion. She posted this story on the r/AmIThe[Jerk] subreddit and caused a bit of a discussion.

Dear readers, make sure to read through the whole story, leaving your opinions in the comments below. Would you consider writing more of a job or a business? We’re curious to know. And if by the end of it you’re craving for more, here’s another story to fill you right up!

To work is to live and to live is to work, but when one debates the meaning of an “actual job,” things can get quite messy, especially when it comes to writing 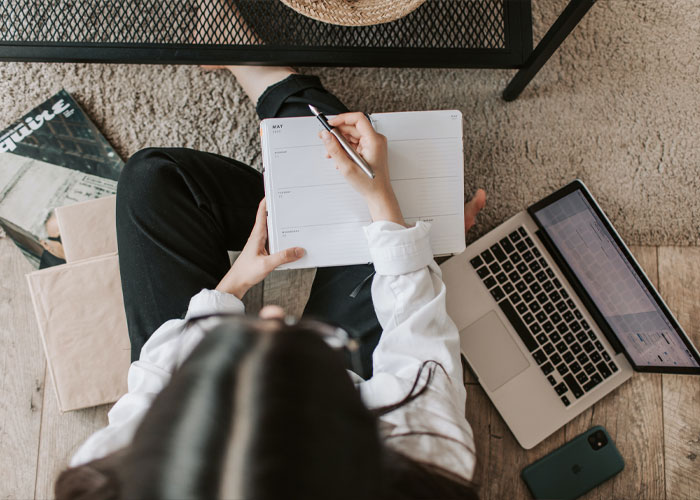 People just love to gush about books, but what about the people actually writing them? Where are they? Are they in their little witching huts in the forest, casting spells and making little birds type out fantastic sentences that grasp and intrigue for a bit of seed?

No, well, not all of them are. Most of us are hunched over our laptops from dusk to dawn racking our brains for ideas or inspiration. It’s not too hard to imagine the original poster (OP) being one of us, working hard to make her dreams come true. Yet it hurts the most when one doesn’t get the support necessary from their loved ones.

Her boyfriend of 3 years had asked her to “get a real job” because he felt like he was the only one pulling his weight in the relationship, although this was clearly not the case from what the OP revealed. Let’s get into the details.

One perplexed woman took to the internet to ask for advice: Was she in the wrong for not wanting to get “a real job” after her boyfriend insisted she do so? 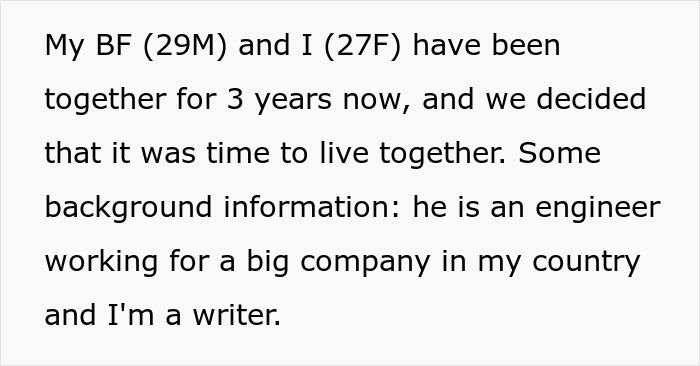 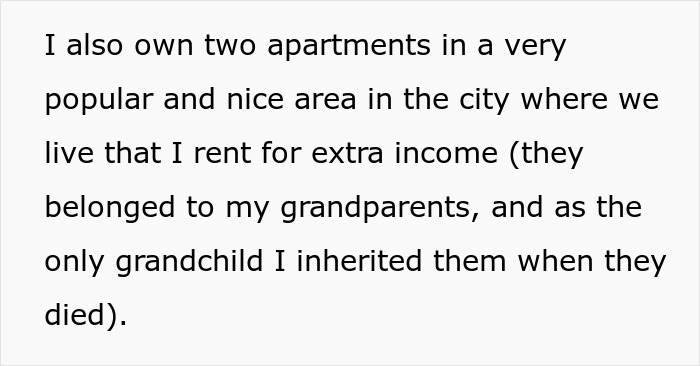 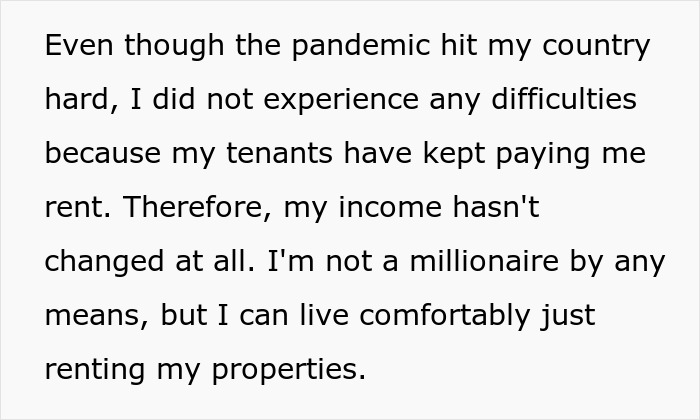 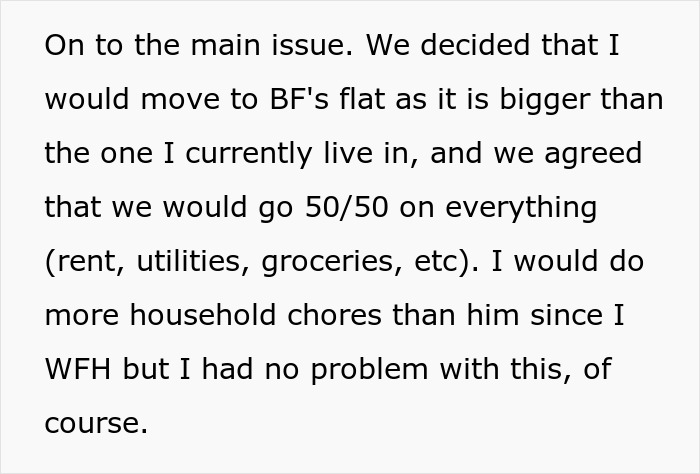 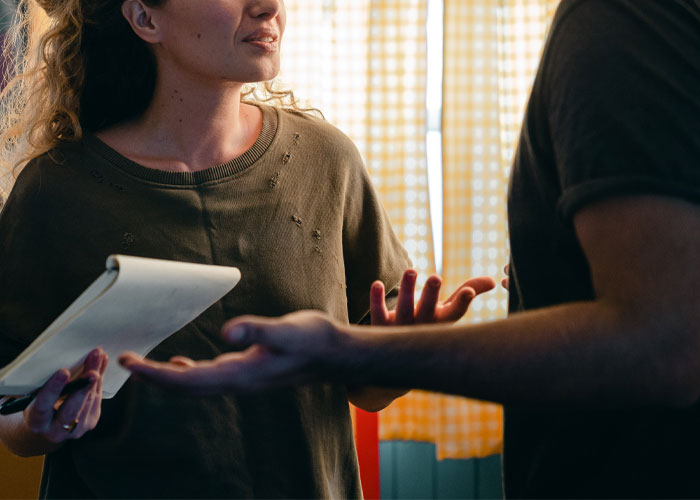 First of all, let’s have a look at the main issue—the disregard for writing being a real job. Natasha Khullar Relph, an award-winning journalist and bestselling author, argues that writing is more similar to running a business. You’re working more than the usual 9-5, meeting deadlines and expectations, and answering to clients and editors that you have chosen to work with.

But not all writing is the same; not everyone can be a novelist, nor does everyone want to be. Lincoln Michel, the former editor-in-chief of Electric Literature and a founding editor of Gigantic, makes a couple of very interesting points. The first is that many people do make a living writing, especially when it comes to the “un-fun” writing work; TV writers, film screenplay writers, and newspaper journalists earn their living writing.

He continues to explain that companies prey on the attitude that art is just a fun side thing. Corporations love the idea that “exposure” is all they should have to pay artists with. It is the very idea that writing isn’t a job that makes it not a job! If you’re not earning an hourly wage, it doesn’t mean you’re not working.

To call it a “hobby” implies “side gig” or “weekend fun.” As Brian A. Klems states, it does not imply sitting for hours at your computer, turning down invitations from friends, anxiously stringing together words on the page, and biting your nails while strangers read and judge your work. Therefore, yes, writing is a job. Point blank period. 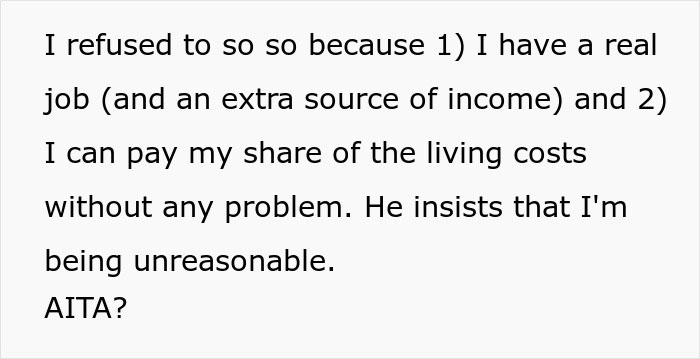 In a relationship, you’d hope that your person has your back unconditionally. That they’ll be there through thick and thin. The one person to hold your hand in the face of the uncertain, the scary, and the limiting, and not the actual person instilling and strengthening those negative feelings.

There are situations where it’s clear that the person is piggybacking off someone else’s effort and work, but this doesn’t seem to be one of them. The OP can pay her share in rent, as well as contribute to the general maintenance of a liveable and comfortable home. Why should she work a 9-5 job if she doesn’t want to and, more importantly, doesn’t need to?

As many commenters stated—he may just be projecting his jealousy of her situation and his incapability to change his line of work for something he might enjoy more. A lot of us have been brought up with social norms stating what is a ‘good’ job and what is not, disregarding any personal preferences we may have.

Whichever may be the case, if your spouse or loved one or family member or neighbor is a writer, go give them a hug. I can assure you they need one. As you’re reading fellow netizens’ comments and thinking of your own position in this situation, don’t forget to leave said insights and opinions in the comments section below. I wish you a good day, and I’ll see you in the next one!

The majority of people believed her not to be the jerk in the situation but saw multiple questionable nuances. Let us know your thoughts in the comments! 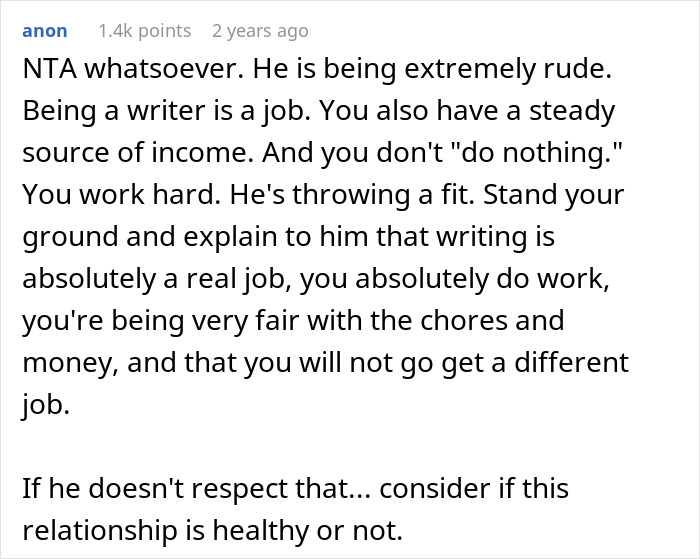 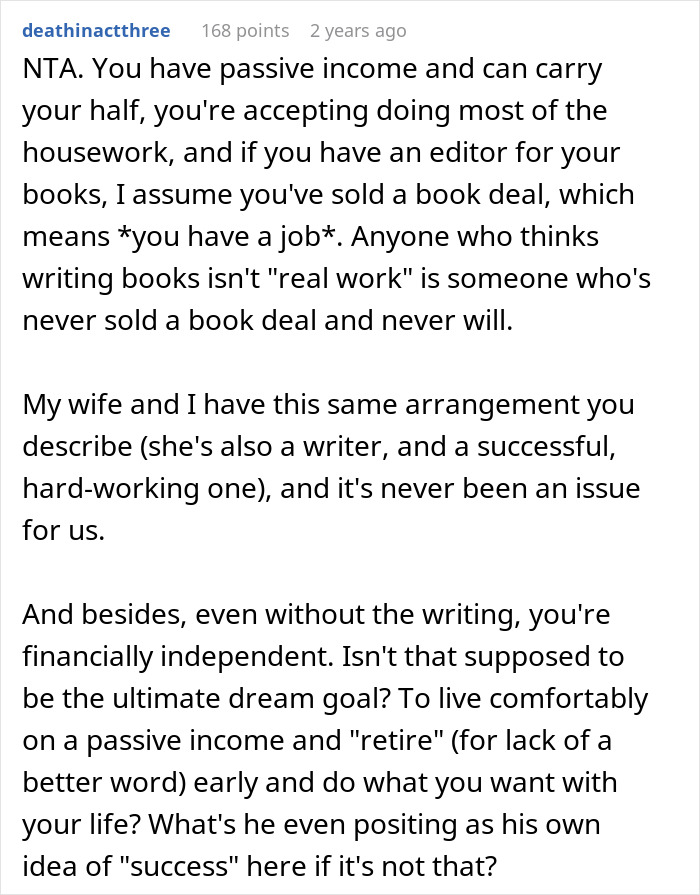 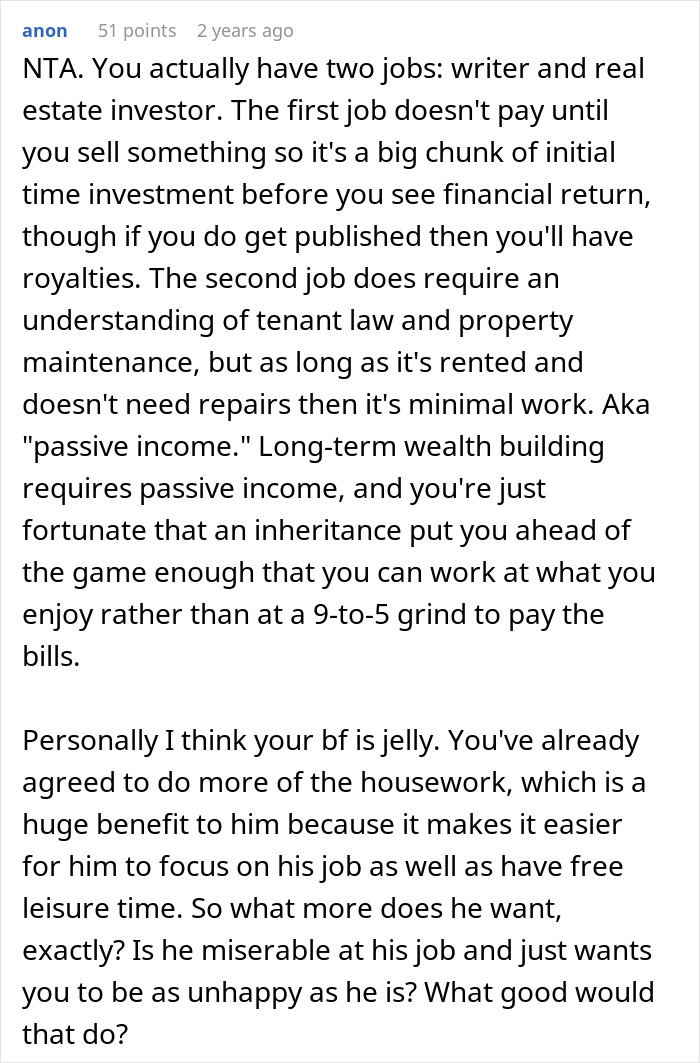 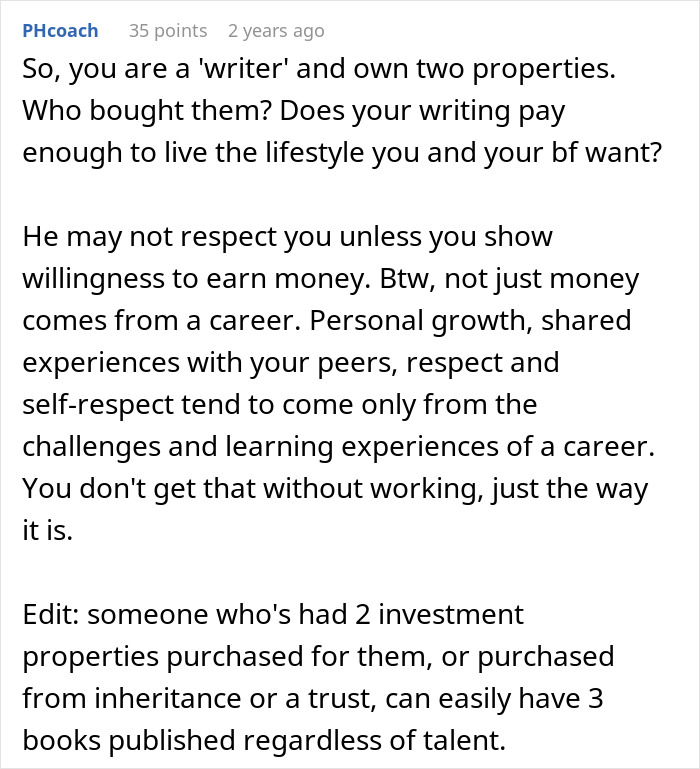 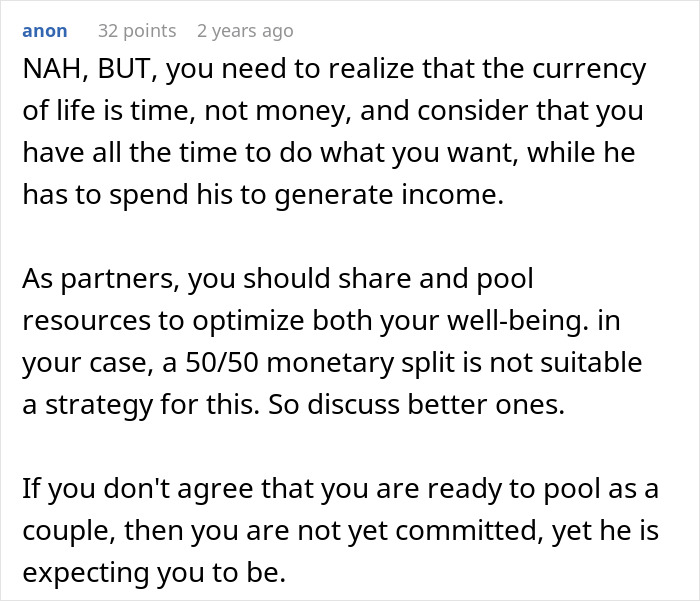 The post Writer Draws The Line After Her Boyfriend Demands That She “Get A Real Job” After They Move In Together first appeared on Bored Panda.