Our society is guilty of having workplaces that are strictly money-driven. When one attends an interview, it’s more often than not significantly one-sided – and instead of it being a service exchange, it frankly feels like companies are choosing their next victims that they can’t wait to emotionally exploit.

Various jobs advertise themselves as being “family-like”, whereas, in reality, their environment is all about business, and chances are you’ll get kicked out as soon as they know that they will benefit from that. All those personal feelings and that two-faced niceness will disappear in a moment – they won’t even care that you’re facing difficulties in your life.

An online user shared a post on one of Reddit’s communities debating how people should leave their jobs without feeling like they owe them something, as companies will do exactly the same to benefit themselves. It encouraged people to share their own stories that supported the words of the Redditor, and in the end, the post managed to receive over 75K upvotes.

Should one feel guilty about leaving their workplace if there is a better opportunity out there? 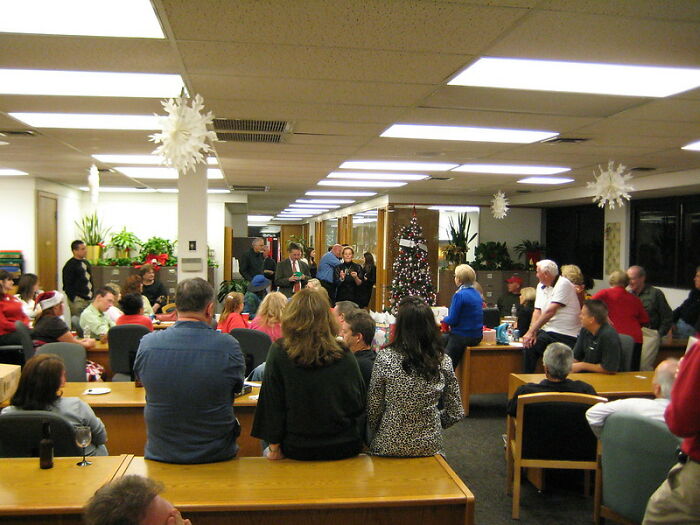 Workplaces struggle with many problems that people are trying their best to fight – whether that’s oppression, discrimination or any other social issues that interfere with workers having fulfilling and comfortable lives. This Reddit discussion touches on the importance of treating your workplace correctly without having that sense of guilt and obligation.

This Redditor argues that your workplace is not your “family”, as they’ll cut you out as soon as it’d be somewhat beneficial to the company

The OP began his post by explaining that folks tend to experience a sense of guilt when leaving their jobs, as more often than not there’s that dreadful feeling of potentially owing something to your employers. Presumably speaking, the feeling comes from all the emotional pressure that many companies absolutely love to push on people, which is why it’s crucial to learn how to treat your workplace accordingly. 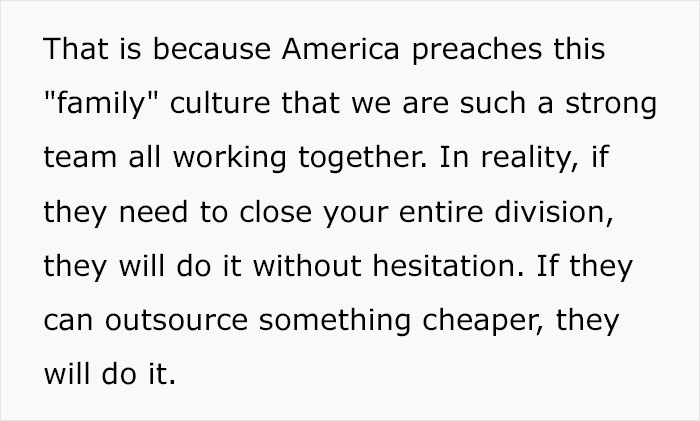 In addition, the author mentions how the “family” culture that the employment world absolutely loves to preach is probably the number one reason why employees can never leave without feeling overwhelmed with all kinds of negative emotions. Organizations falsely advertise their environments, stating how they’re all a well-coordinated and successful team, where in practice, they don’t really care about the well-being of their staff.

Of course, there are many companies that practice a very safe and ethical environment. Showing appreciation and supporting them whenever it’s needed is an adequate thing to do, as long as you’re positive that they genuinely care about their staff. Though, it doesn’t cancel out the fact that leaving with a sense of guilt is oftentimes very unnecessary. 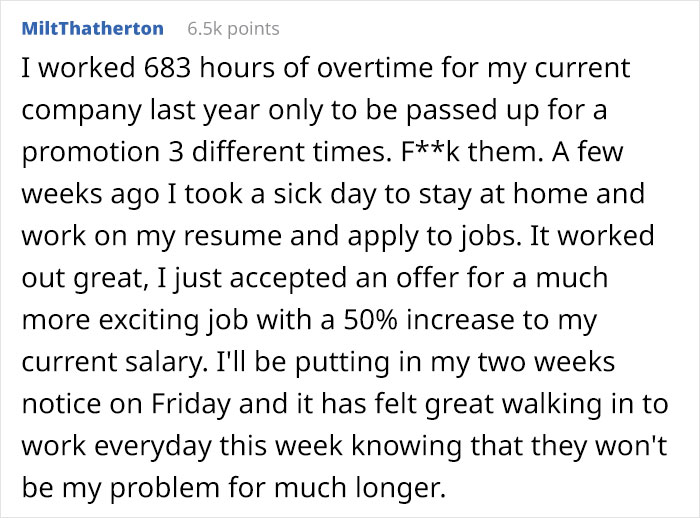 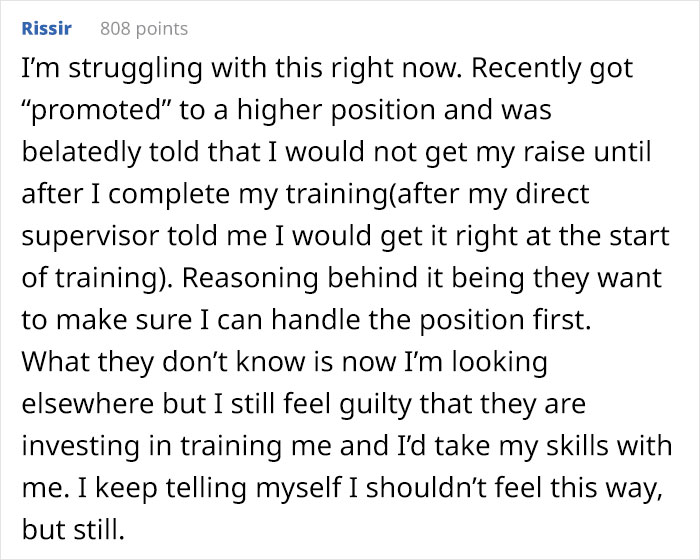 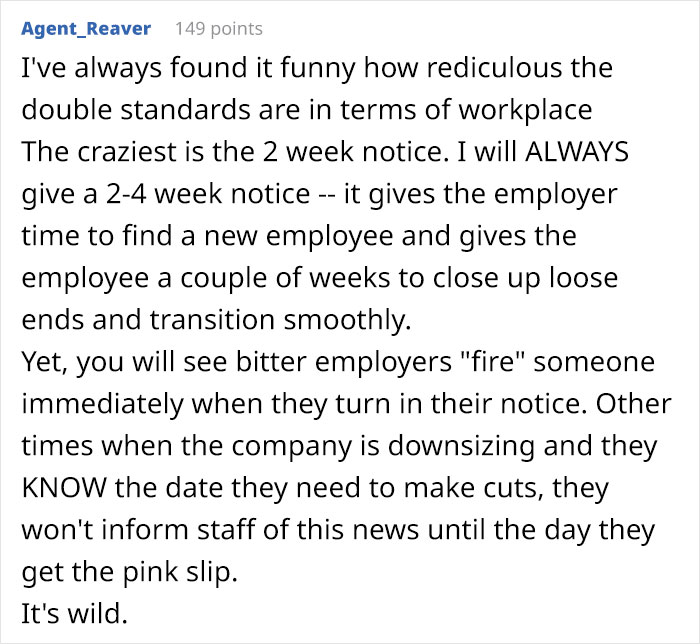 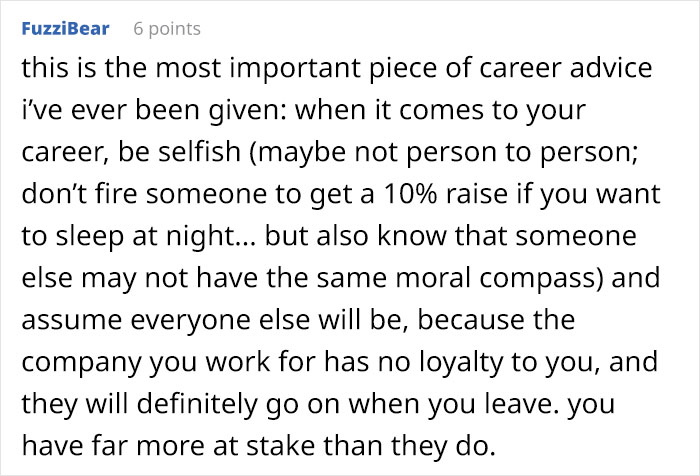 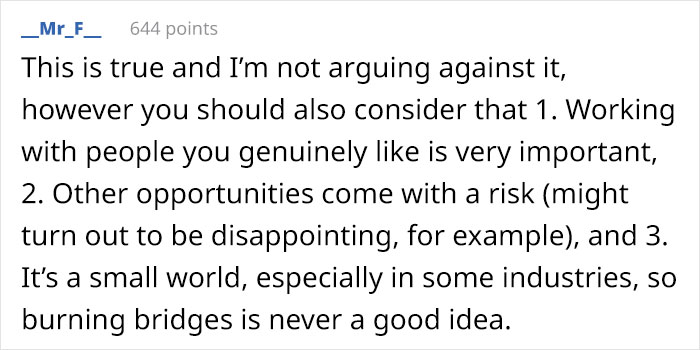 Others share their stories that support the thinking of the author 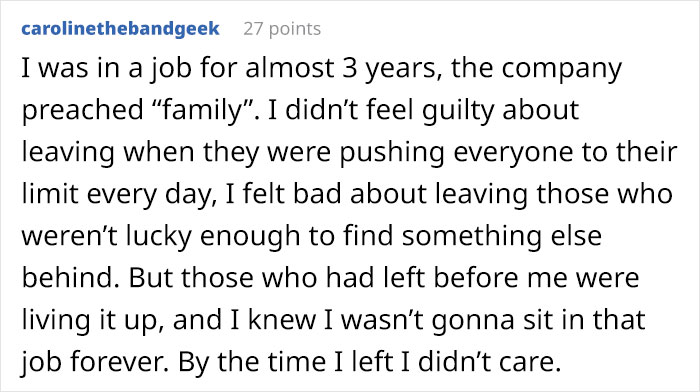 The post “You Are Not ‘Family’ To Your Company”: Online Users Discuss Whether You Should Put Your Job’s Needs Before Your Own first appeared on Bored Panda.