So many people enjoy photography and that is evident from all the awards that take place every year. This time we would like to introduce you to the International Wedding Photographer Of The Year competition which was established in 2017 in Australia.

It’s an award meant to highlight the talents of wedding photographers from all around the world and the competition is rapidly evolving and growing with the aim of becoming an exemplar in the photography industry.

In this list you will find the photos that were hand-picked by a judging panel consisting of other wedding photographers, including last year’s winner James Simmons, so you can be sure that these images are photography elite. And you will also get to know better the winner of the contest as we had a little chat with him. 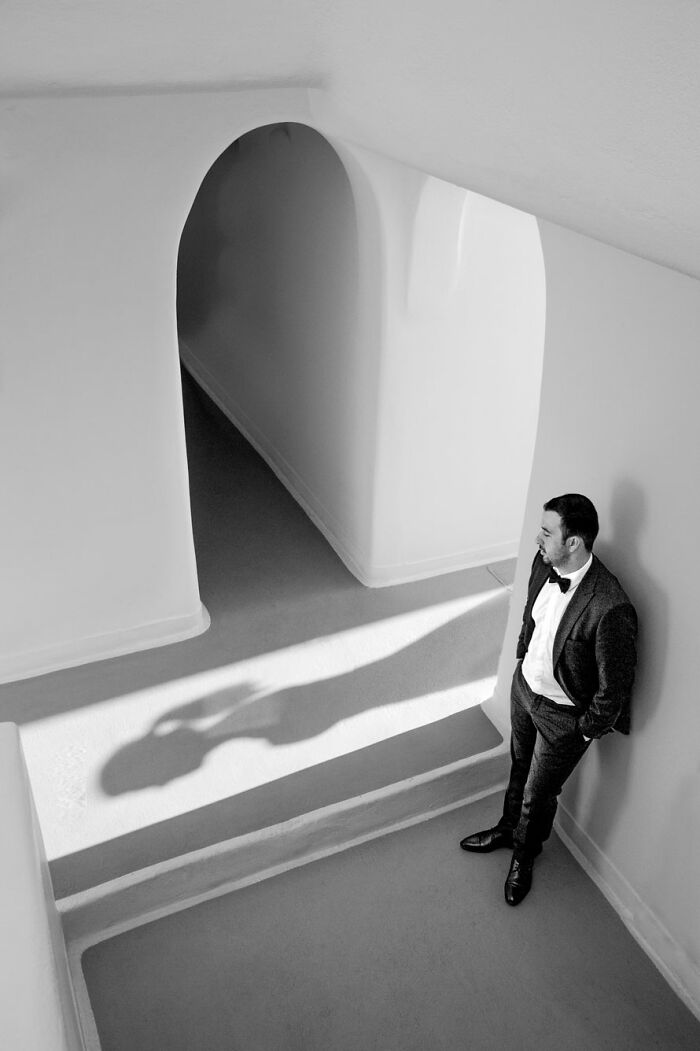 There were 1,500 images submitted and the one that stood out to the judges was by Fabio Mirulla, a wedding photographer from Italy. He originally entered the Black & White Category with that photo. He also submitted photos for Couple Portrait and From Above categories that you will find in this list as they were also among judges’ favorites.

In the winning image, you can see a play of perspective as the bride is captured getting ready for her day. She still hasn’t put on a dress, but the lamp put in place of the dress creates an illusion as if she’s wearing it because the shape is so reminiscent of one. 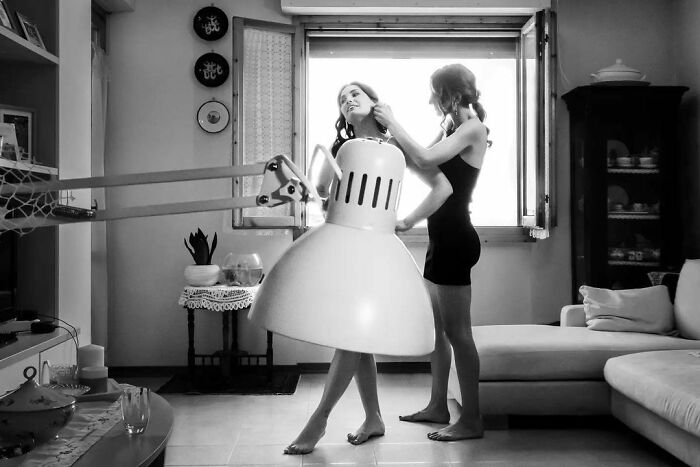 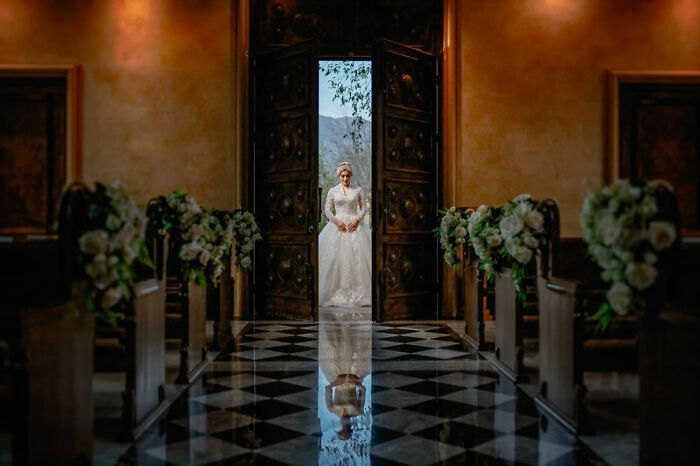 Last year’s winner, James Simmons, commented on the victorious photo in a statement to Bored Panda: “Such a unique image that works on so many levels. The photographer has taken the “earring moment” in your average setting and elevated it with the use of composition, timing, and humour to be a masterful piece of visual communication. The design, content and story are on point, which allows the viewer to extract an interesting narrative from the scene.” 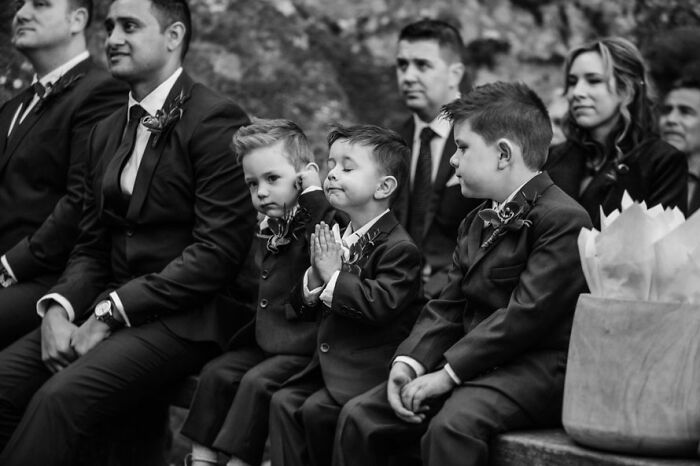 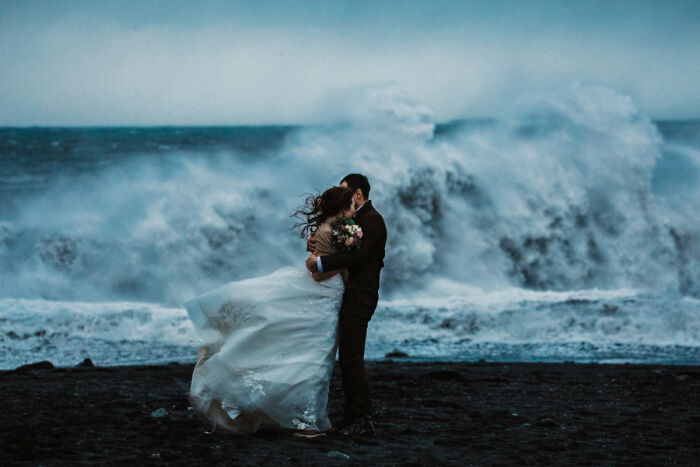 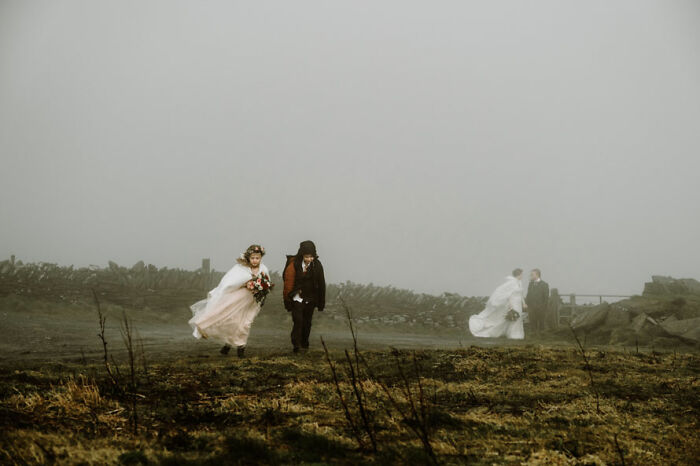 Fabio told the organizers of the competition that he had an amazing time shooting the wedding for the bride who is captured in the photo. “Both the bride and the groom were wonderful and when I feel the connection with them and they trust me, my work gets really easy to do.”

What fascinates Fabio about weddings and attracts him to them is that they are events in which “years and years of moments and emotions are condensed in one day, maybe just a few hours, that could fade away if not impressed in photos.” He also adds, “I’m a storyteller of the wedding day, a privileged witness of a couple’s joy.”

Bored Panda also got in touch with this year’s winner. We found out that it was the first time that he participated in this particular competition but it’s not his first time at the rodeo. And it’s not the first time he got to taste the sweetness of victory. He told us, “I like joining these kinds of competitions because through them I can test and improve myself comparing my work with that of other photographers around the world.” 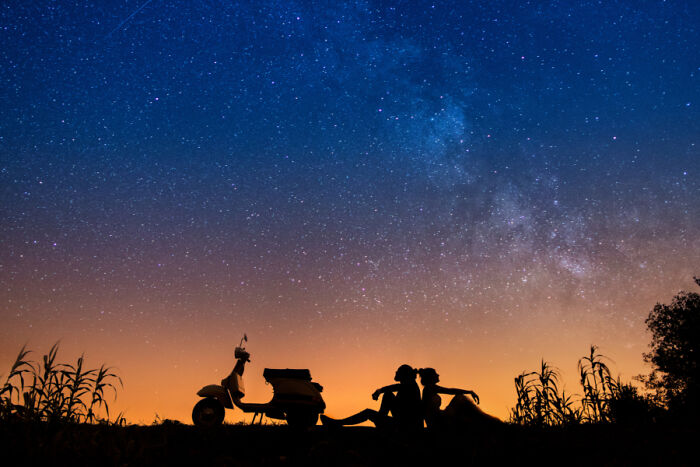 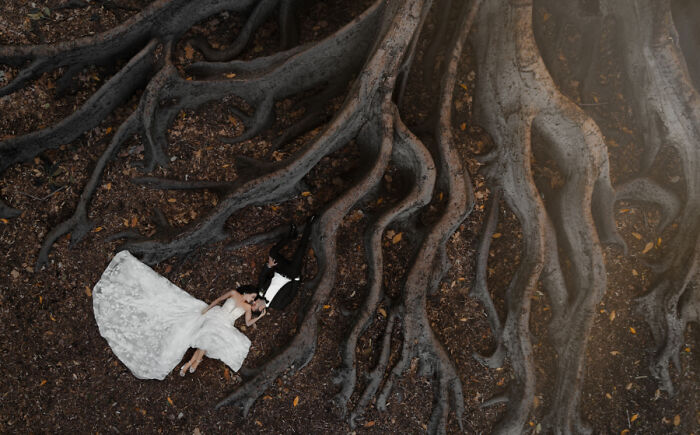 As you can imagine, wedding photographers take a lot of photos, so what’s the method of choosing the one? Fabio says he doesn’t have a secret formula and just follows his intuition, “There are some photos that I ‘feel’ more then others. Every year I collect my best photos in a folder on my computer and from it I choose the shots to send to contests. Sometimes, however, the choice is guided by the type of contest I’m about to send them to: there are competitions with a more reportagistic view and others that aim more at aesthetic beauty.”

After sending in the photo the last thing to do is jus wait. Fabio told us that every time he enters a competition, he hopes that his photo will be the one to capture the judges’ eyes, however, he definitely didn’t expect it, “It was a great surprise! Among other things, I was lucky enough to have other two photos chosen in two different categories.” 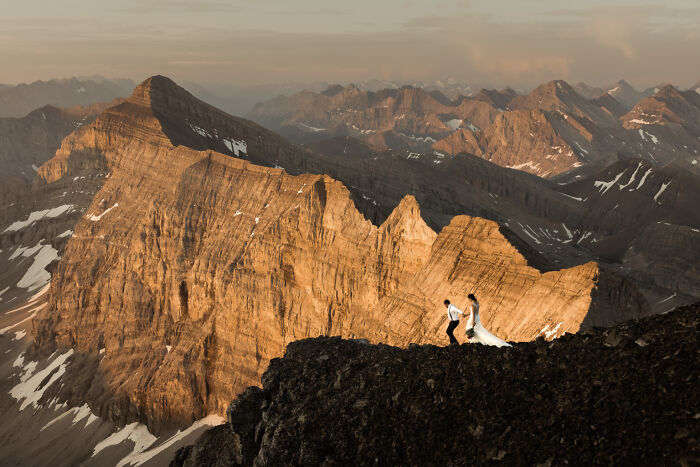 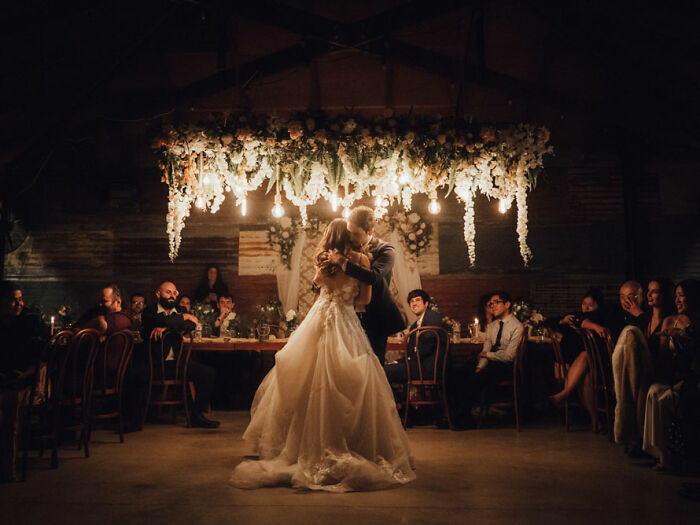 So what’s waiting for the winner in the future? He doesn’t want to predict what this win could bring him but he would like to leave to the admirers of his work this message, “My photos are small stories within bigger stories, simple representations of a day that everyone can experience in his or her life and I would like my photography to be known for itself also outside the field of wedding photographers.” 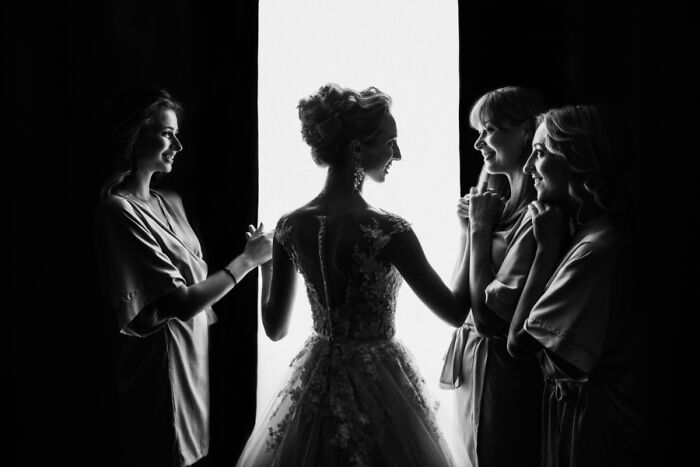 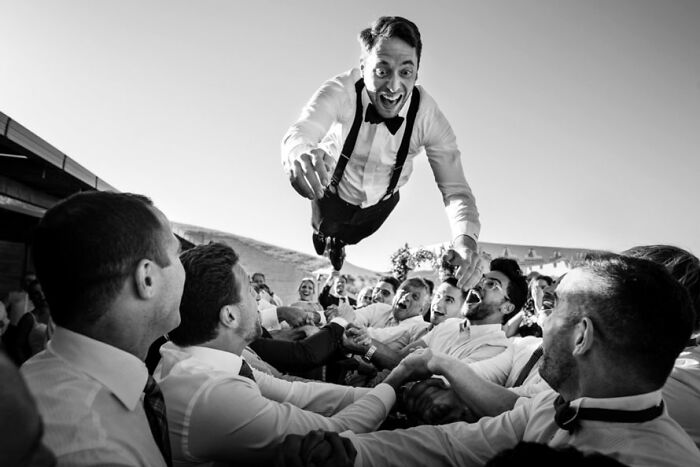 The runner up is actually a photographer duo from Canada, Andrew & Bec of Willow & Wolf. They entered the category of Epic Location and the image is really spectacular and quite literally breathtaking as you can help yourself but imagine how scary it had to be to take it.

The press release have a wonderful description of the image giving more context to it, “A true statement to the importance of framing and timing, as well as to the bravery of this thrill-seeking couple who hiked through the dark of night to reach this heavenly mountain top for the sun-rise, before celebrating their marriage lake-side with their nearest and dearest that same afternoon.” The photographers reveal that the couple actually got engaged on that mountain peak and wanted to come back to the same place for their wedding. 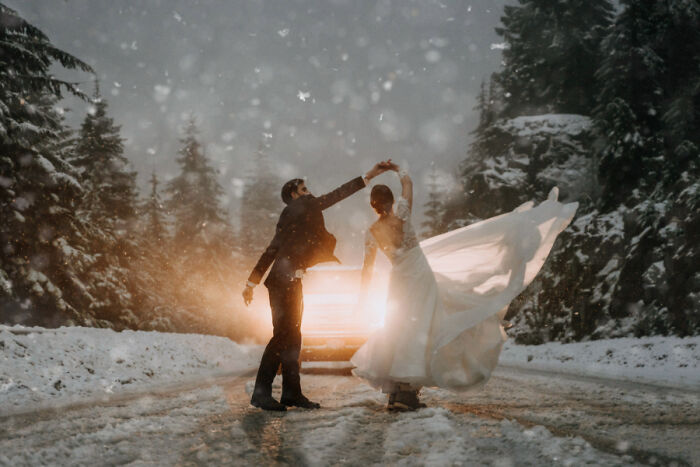 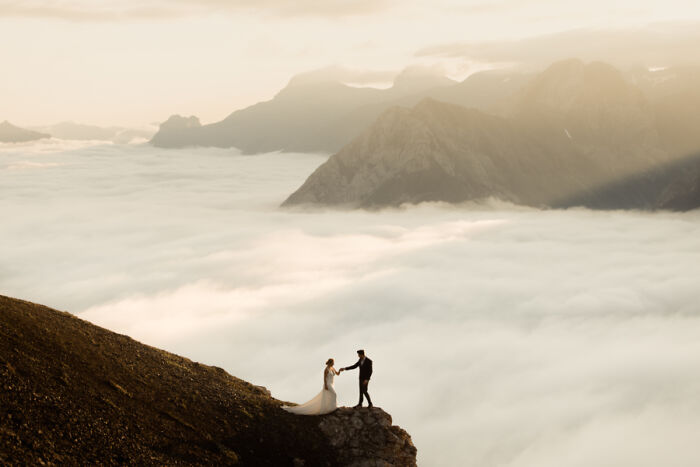 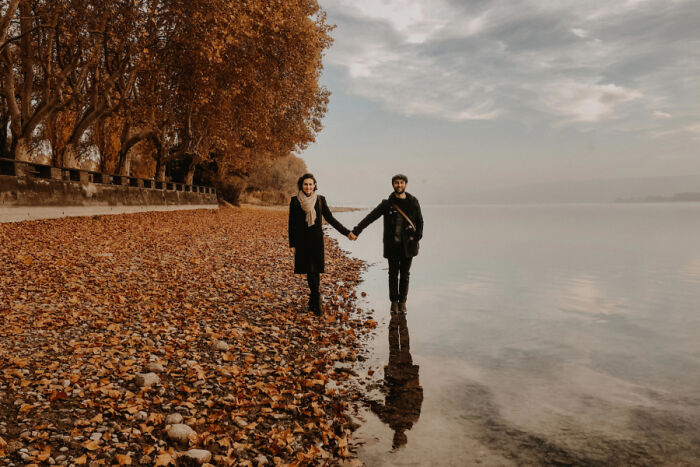 Luke Simon, International Wedding Photographer of the Year Awards Curator, tells in the press release statement to us, “The awards are continuing to provide a unique platform for wedding photographers to have their best images reviewed and judged by our team of highly awarded and experienced educators and photographers.”

The curator also touches on how challenging the pandemic was financially and is grateful for the sponsors so that they can further continue their mission. Luke says, “The awards provide a platform to celebrate diversity of all kinds as well as highlight and reward the incredible work being captured globally, in this ever-changing and often challenging wedding landscape.” 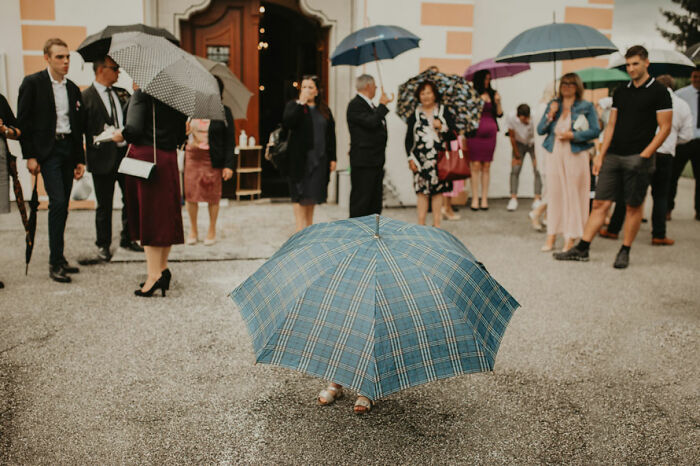 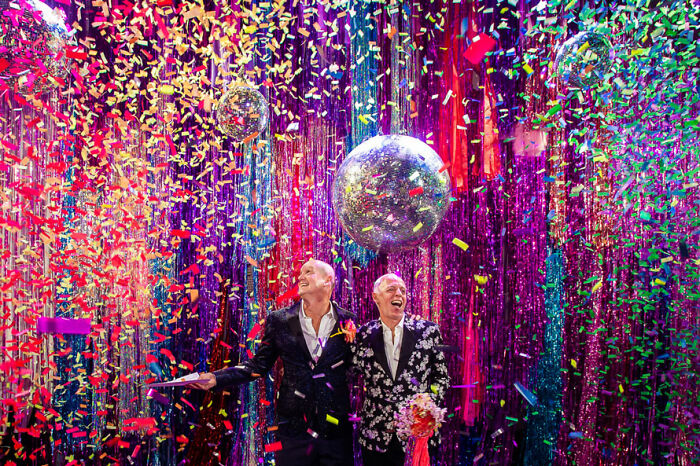 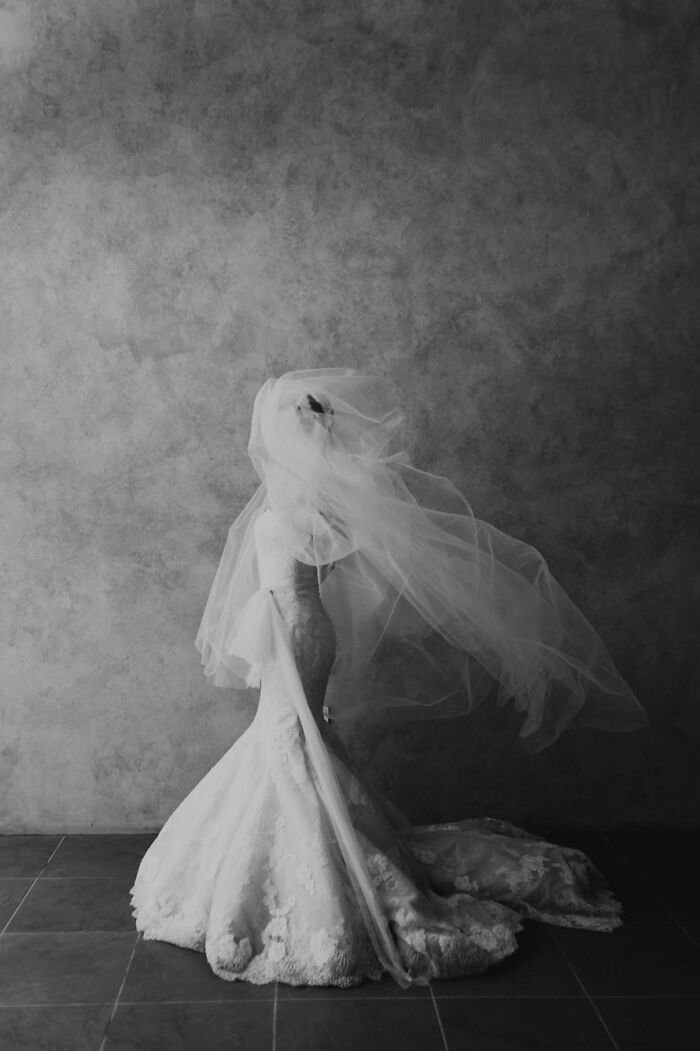 What do you think of these images? What are your favorites? Leave us your reactions in the comments and don’t forget to upvote the pictures that left you the strongest impression! 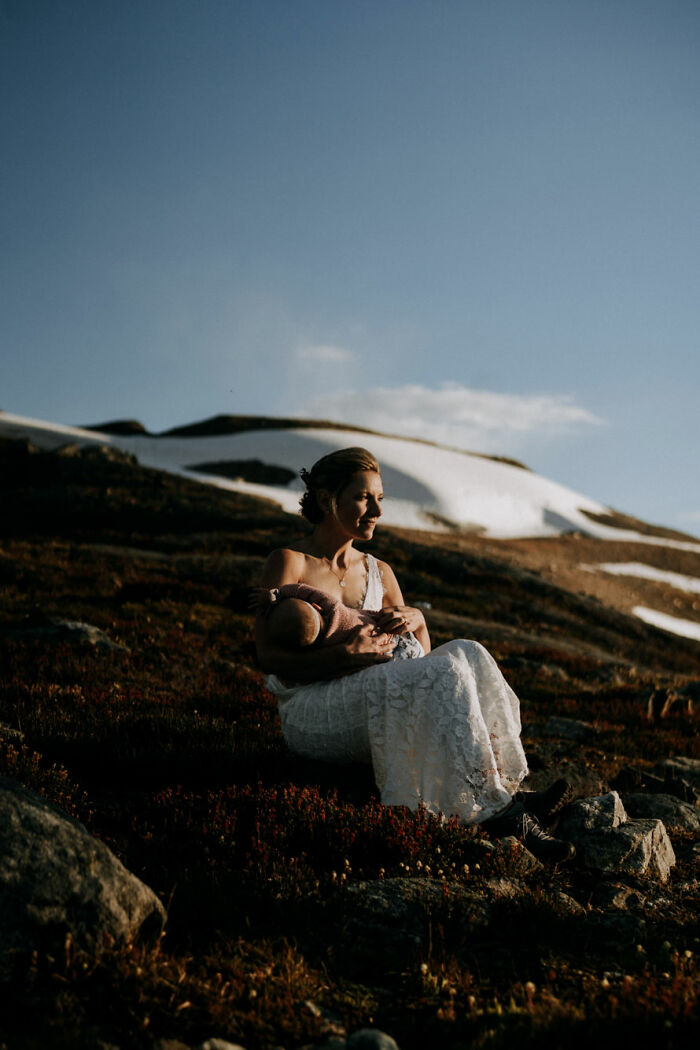 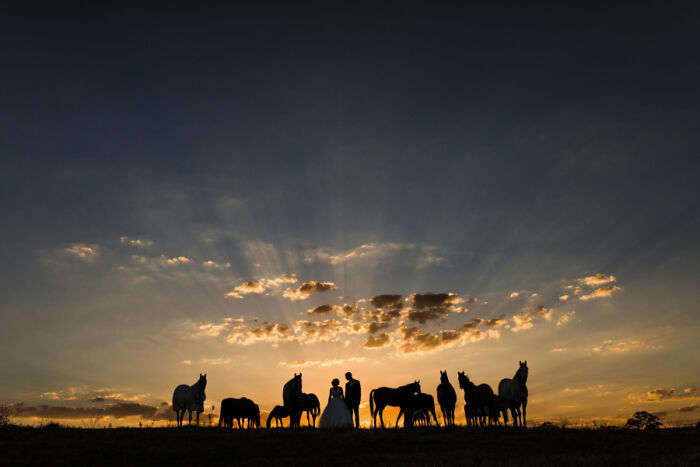 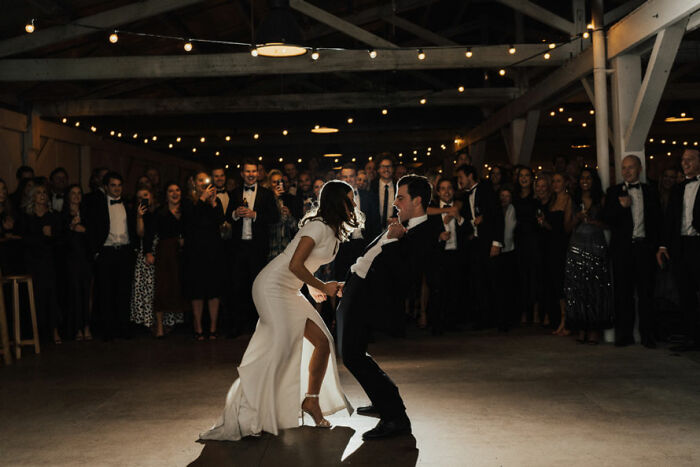 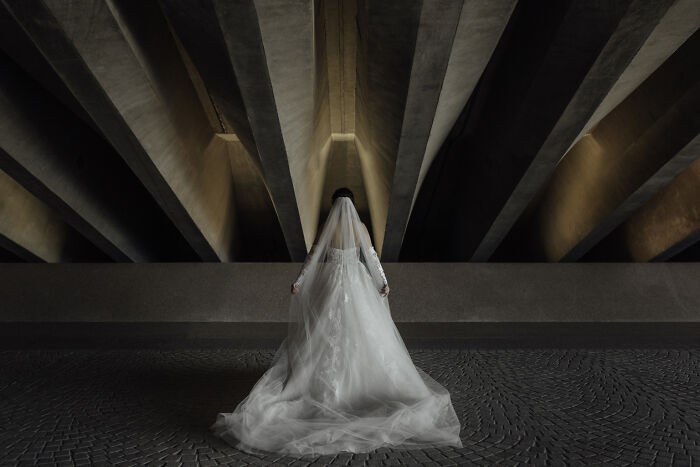 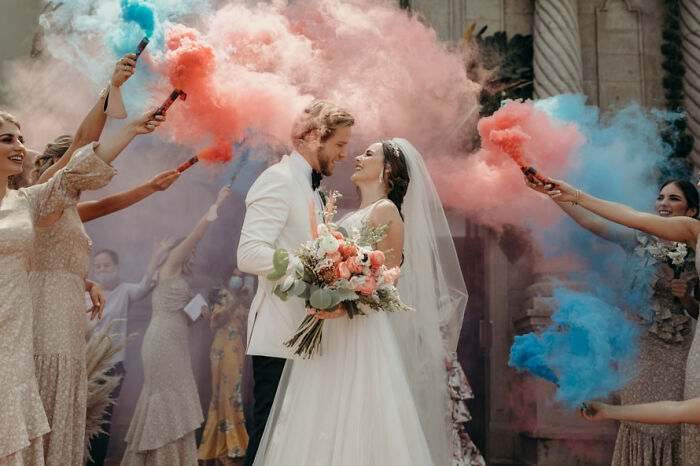 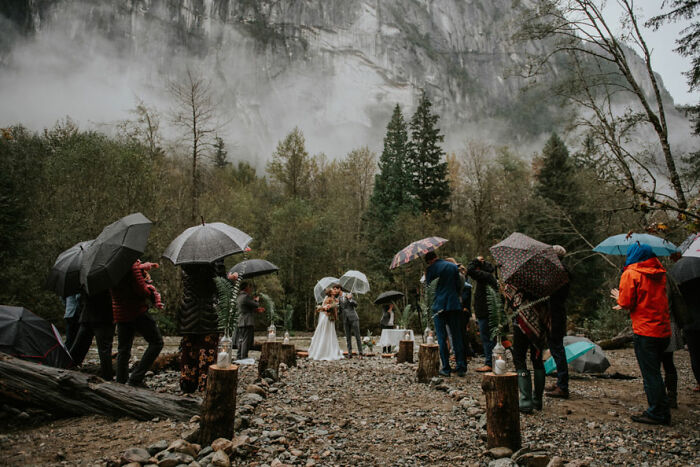 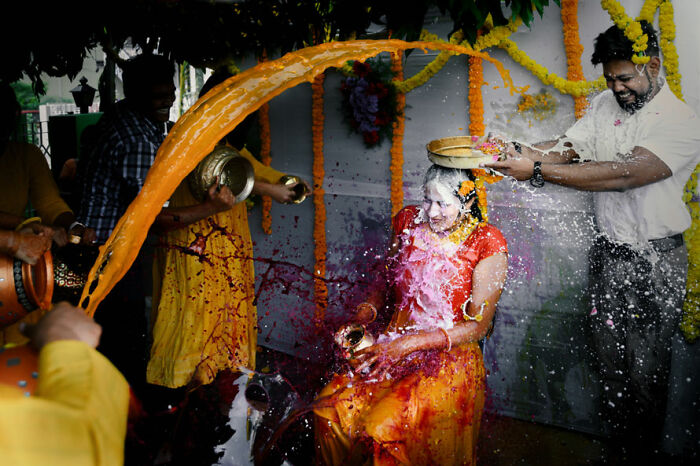 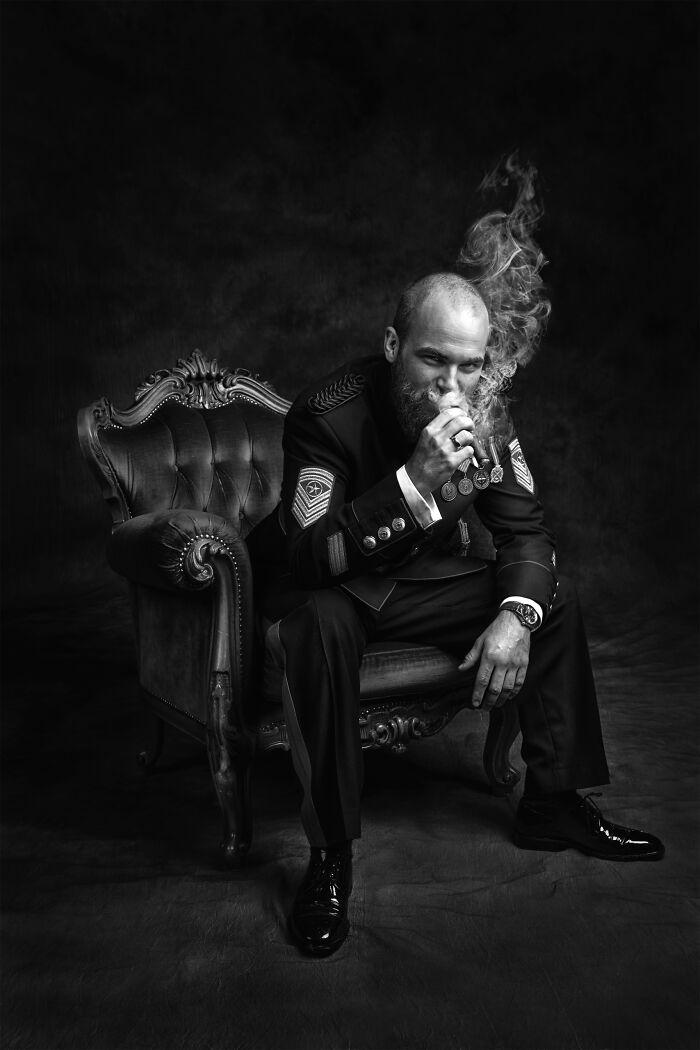 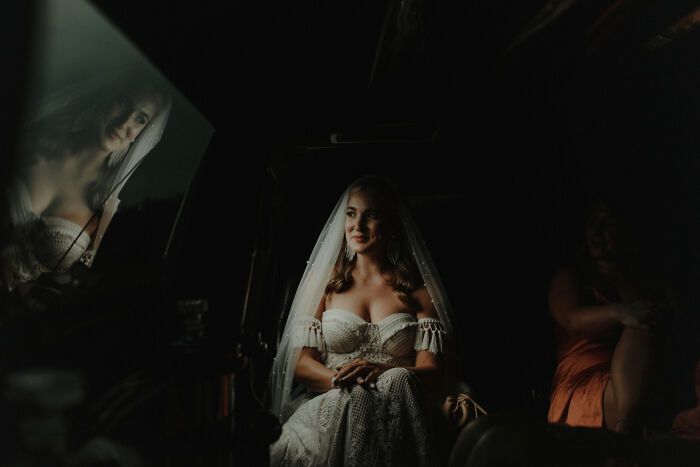 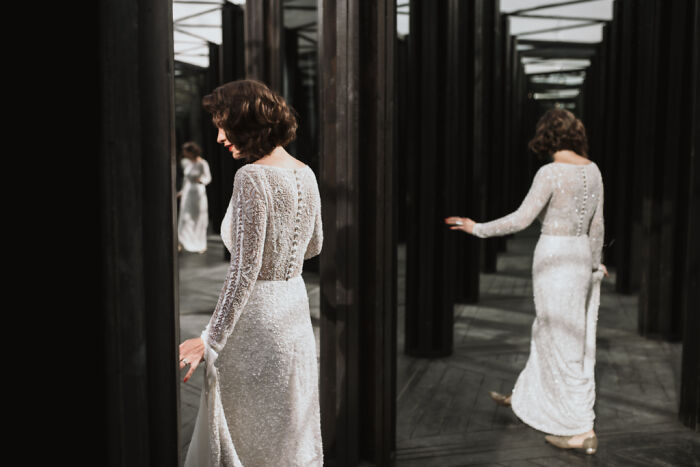 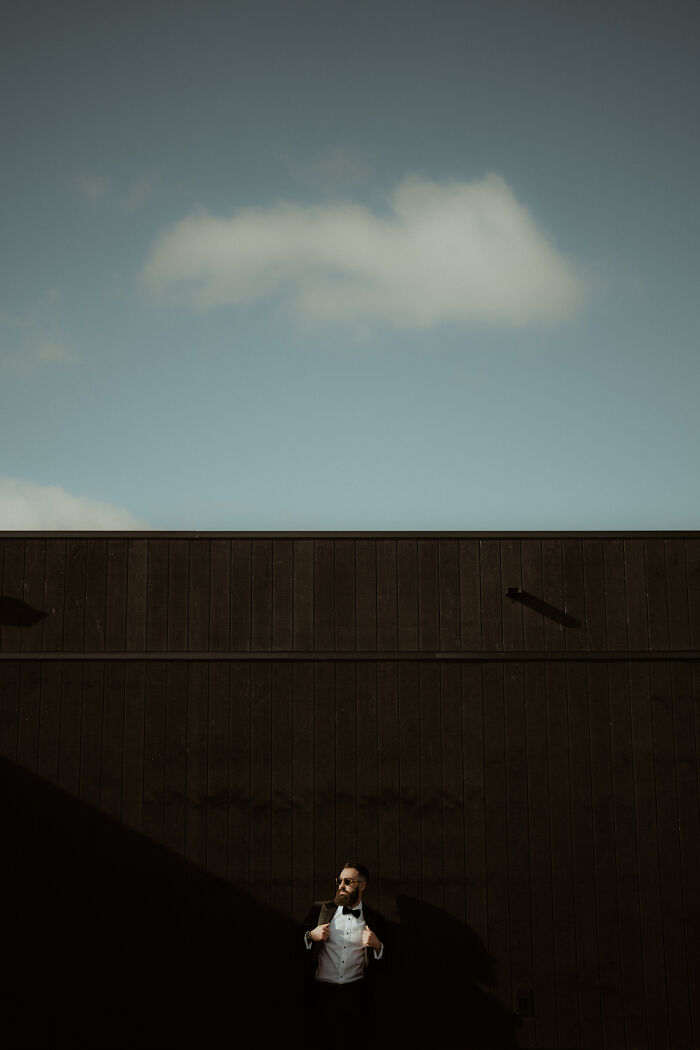