As writer Jeremy D. Larson beautifully put it, relatability is the chief psychological lubricant that glides us thoughtlessly down the endless social media feeds.

One place that seems to have plenty of this substance is Twitter. But with 6,000 tweets made every second (or 350,000 per minute and 500 million per day), it can be easy to miss the good stuff the platform has to offer.

Luckily, there’s a subreddit called r/RelatableTweets, an online community dedicated exclusively to collecting those which perfectly describe the human experience, be it through work, dating, or other key areas of everyday life.

Here’s what its members have gathered so far.

#1 We’ve Reached It. The Pinnacle Of This Subreddit

#2 The Human Body Is A Mystery 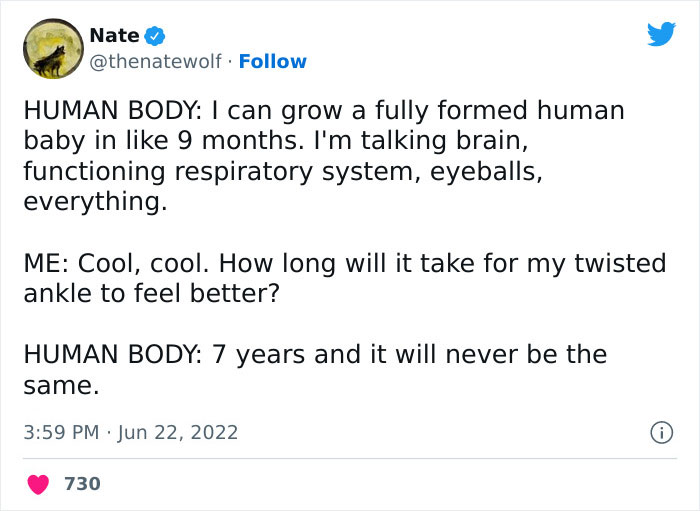 The ability to emotionally understand what other people feel, see things from their point of view, and imagine yourself in their place is called empathy.

It means that when you see another person suffering, such as after they’ve lost a loved one, you are able to instantly envision yourself going through that same experience and feel what they are going through.

While people can be well-attuned to themselves, getting into someone else’s head is often more difficult.

#5 Sounds Like He Was Kind Of Being A [jerk] 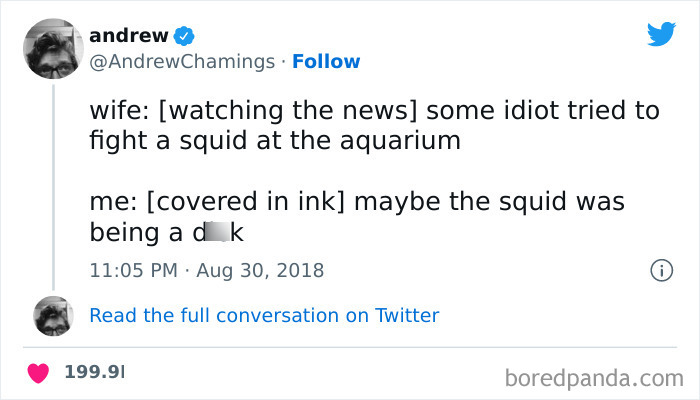 People often use the words ’empathy’ and ‘sympathy’ interchangeably, but they are actually separate processes.

“When you feel sympathy for someone, you identify with the situation that the person finds him or herself in. This can be a perfectly genuine feeling; you can feel sympathy for people you’ve never met and for a plight you’ve personally never experienced, as well as for people you know and scenarios that are familiar to you,” writer Peg Streep explained.

“But feeling sympathy doesn’t necessarily connect you to the person or what he or she is feeling. You can be sympathetic to someone’s situation while being completely clueless about his feelings and thoughts. Sympathy rarely compels you into action except, perhaps, writing a check when you see heartrending photos of abused dogs set to weepy music on television commercials. Sympathy doesn’t build connection.” 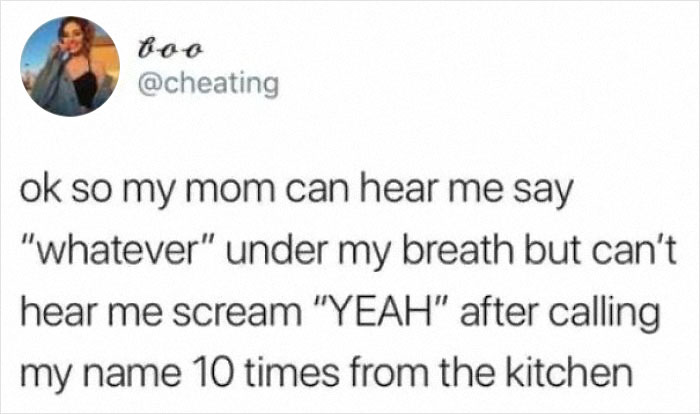 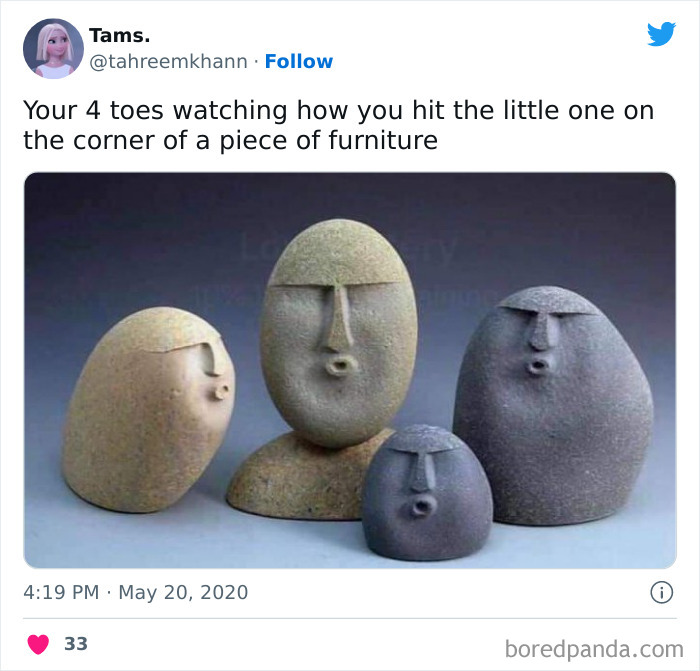 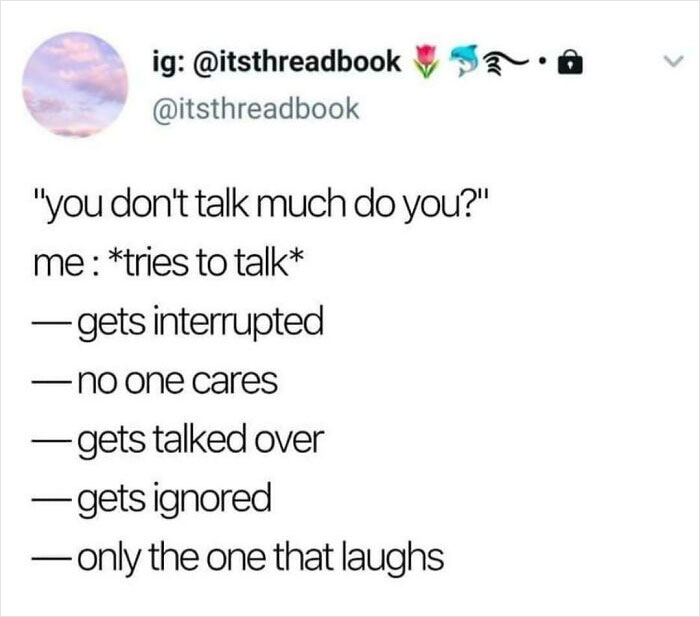 Empathy is something else. Psychologists suggest that empathy consists not just of emotion sharing (a largely unconscious process), but executive control to regulate and modulate the experience.

Both are supported by specific and interacting neural systems. Research shows that mimicry is part of human interaction, and it happens on an unconscious level; we imitate the facial expressions of those we interact with, along with their vocalizations, postures, and movements.

This probably helped early humans communicate and feel kinship. And it’s the component that precedes empathy. Neuroscience also confirms that seeing someone in pain activates the parts of your brain that register pain. 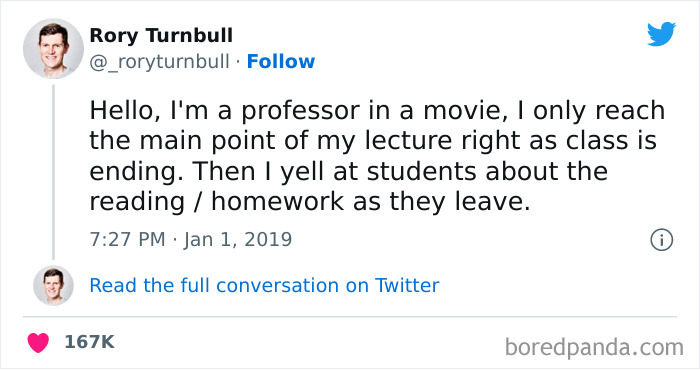 #11 U Still Using Clothes At All? Lmao

However, if you can’t relate to another person, that doesn’t mean you’re dead inside. Everyone can experience low empathy at times. For example, it may be natural to have difficulty connecting with someone who has harmed us.

There is some debate on whether a person is born with low empathy or if upbringing, social factors, or life experiences may hinder their ability to develop it. Genetics may also play a role.

Other possible reasons behind low empathy include:

#14 The Beast Known As Vakoom 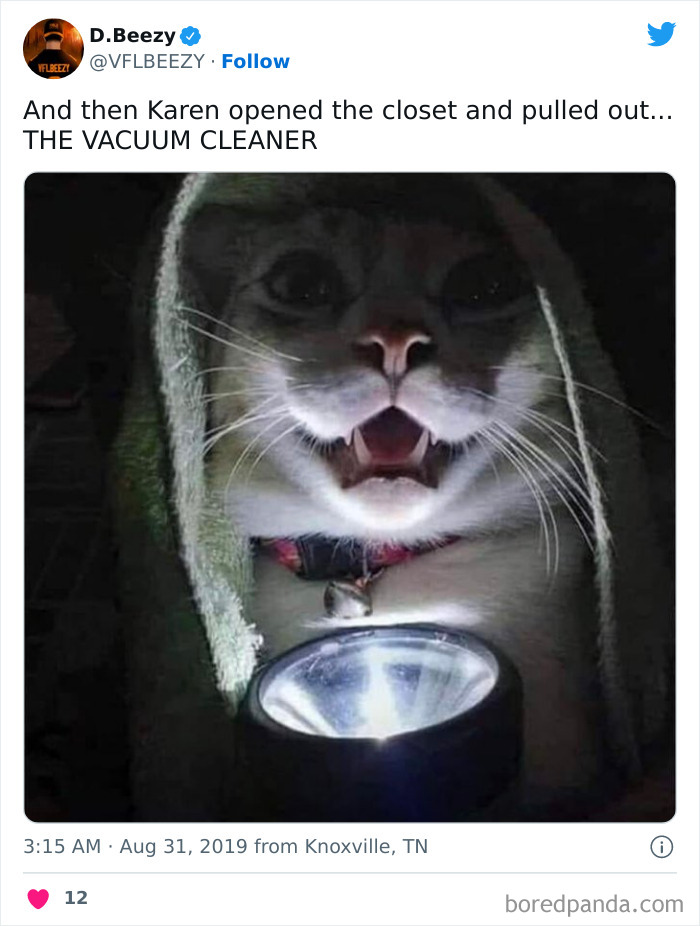 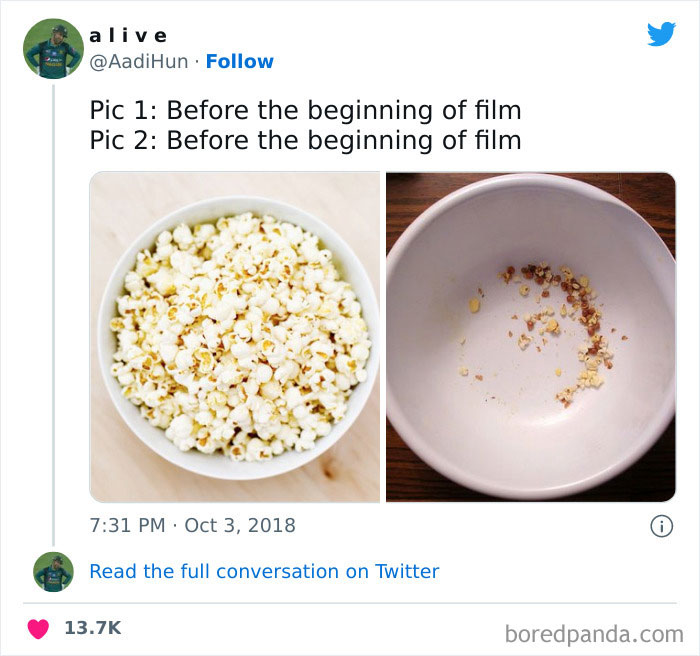 #16 Things Got Complicated After The Accident 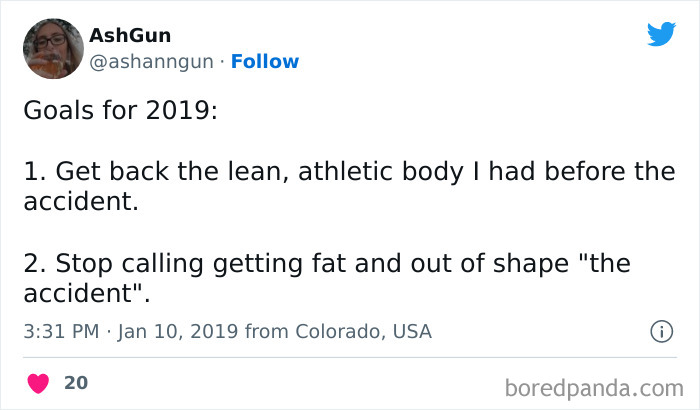 The good thing is that empathy can be developed. It’s a skill that you can learn and strengthen. Here are a few things that you can do:

#20 Can Anyone Else Relate To This? 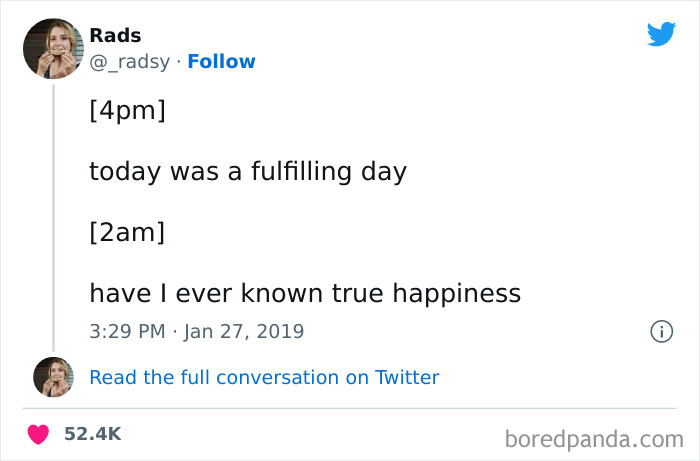 Or, you know, scroll through relatable tweets! 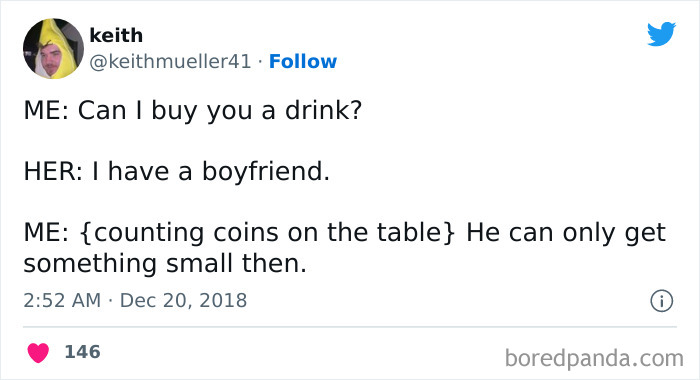 #23 If You Wanna Be Hotter, You Should Drink Lots Of Water 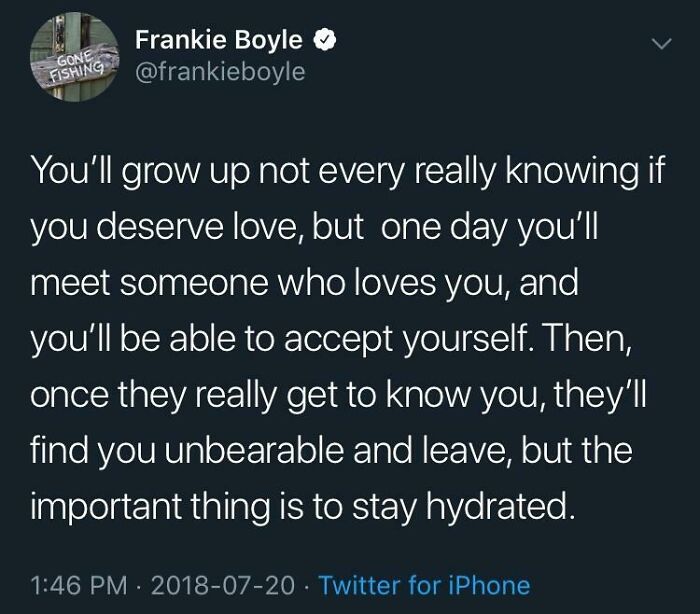 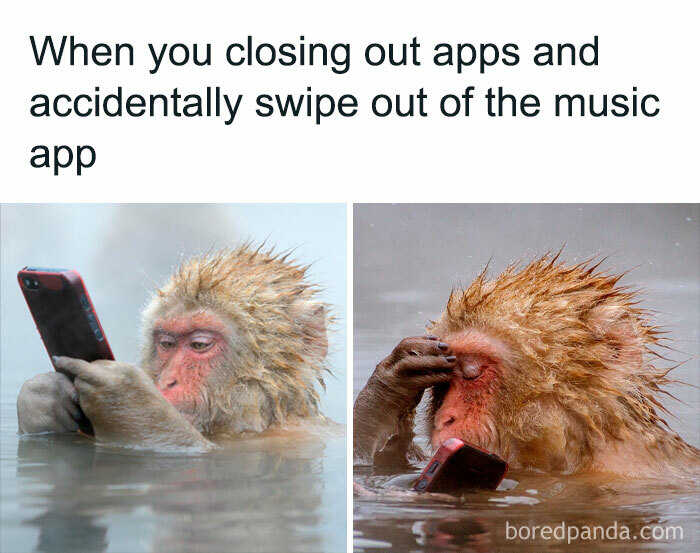 #26 To Be Fair They Are Pretty Spooky 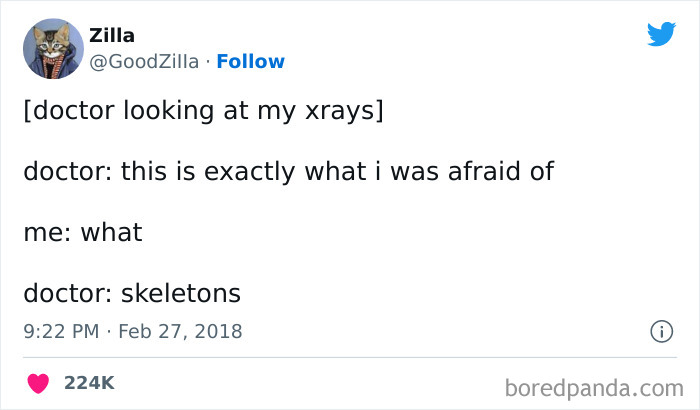 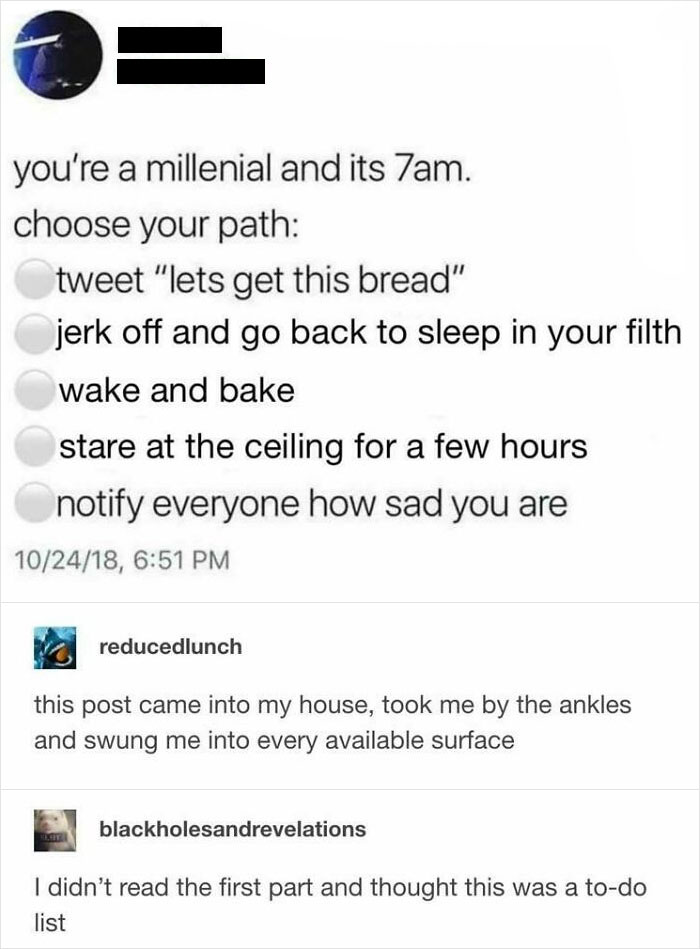 #30 I Would Genuinely Love To Know 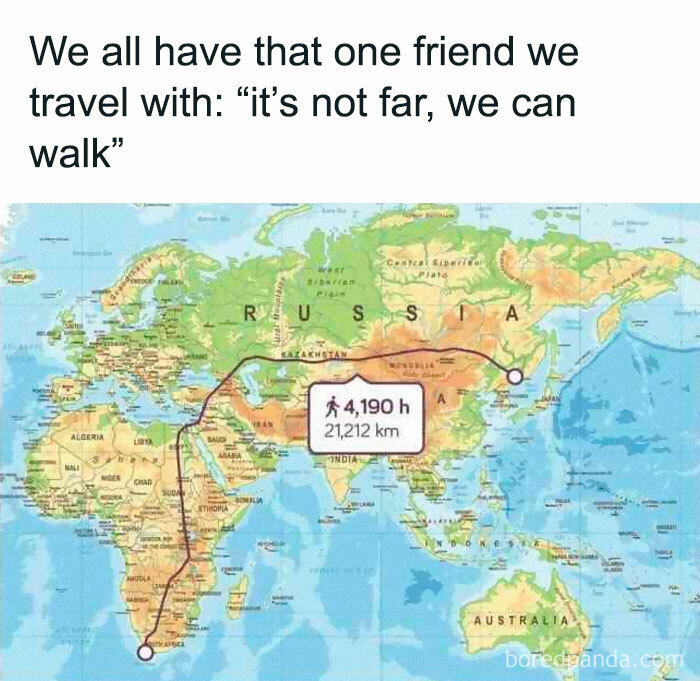 #33 They Have To Know What They’re Doing, Right? 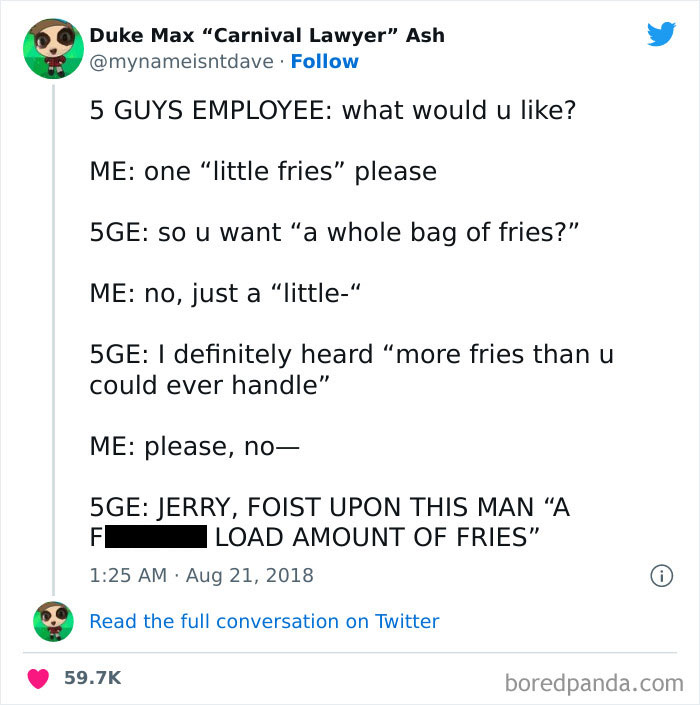 #34 Who Else Gets This When You Look Out Of A Window? 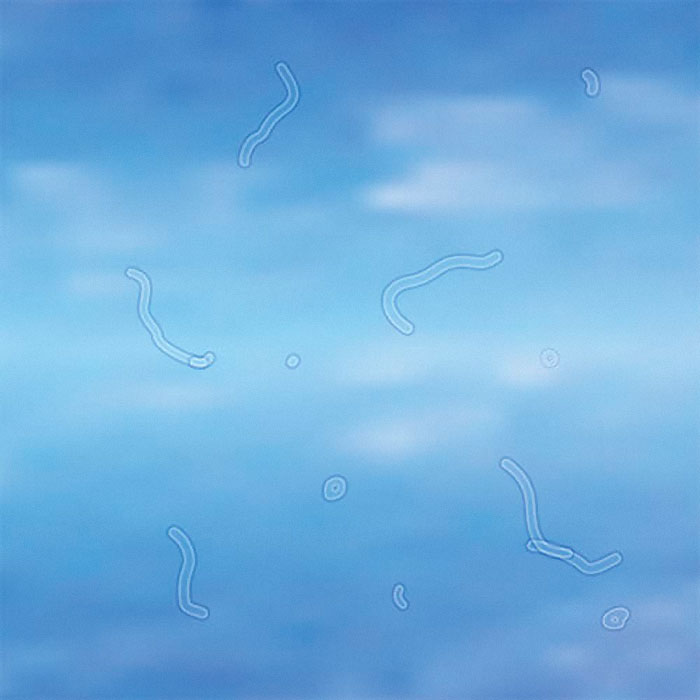 #36 How Many Times Has This Happened To You 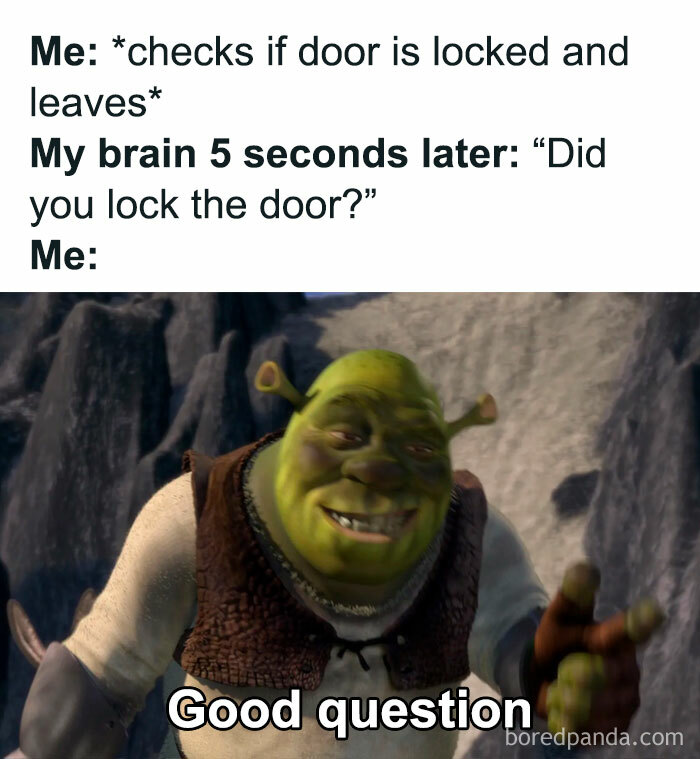 #37 Probably In Your Best Interest To Avoid The Harpy Eagle 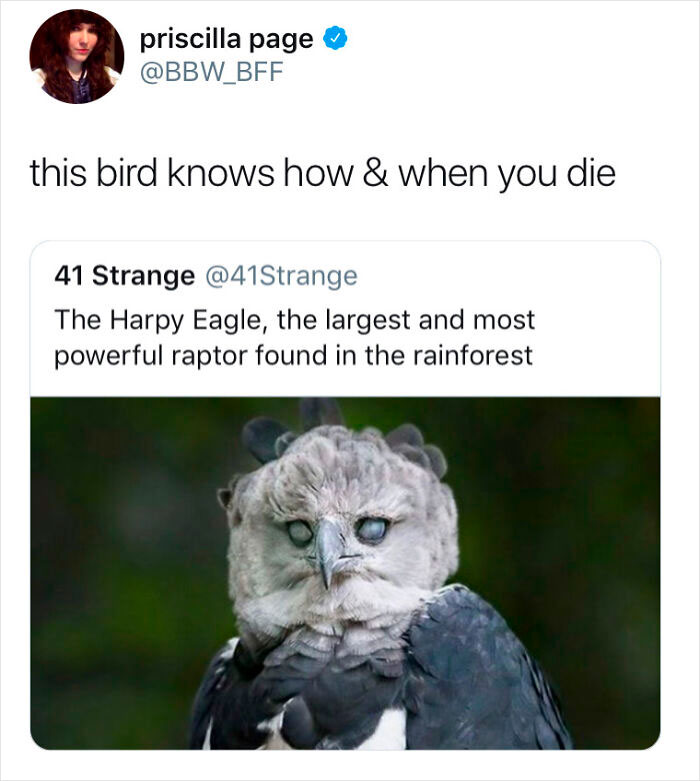 #38 The Next Billion Dollar App

#39 The Baby’s Been In There For 9 Months, It Can Wait A Couple More Minutes 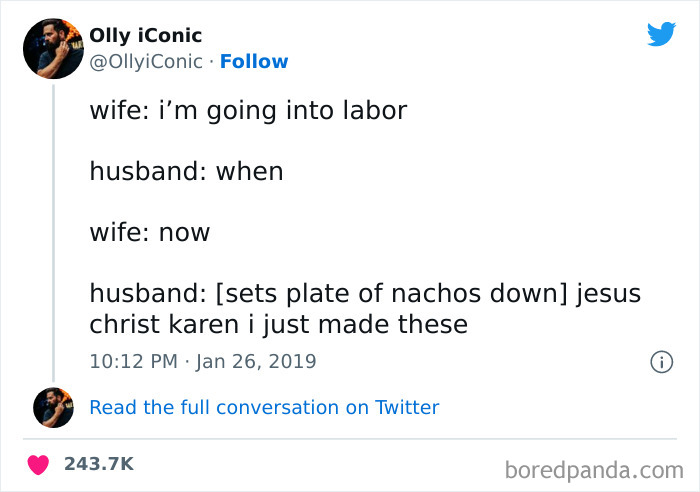