In Japan, not disturbing others in public is a central feature of the national personality. In America, bothering other people is treated as a right, a privilege and a life goal.

So it’s no surprise that this Mutalk, a Bluetooth microphone that mutes your voice to those around you but not on the other end of the call, was invented in Japan. It was invented by a company called Shiftall (whose name should be said slowly and deliberately). 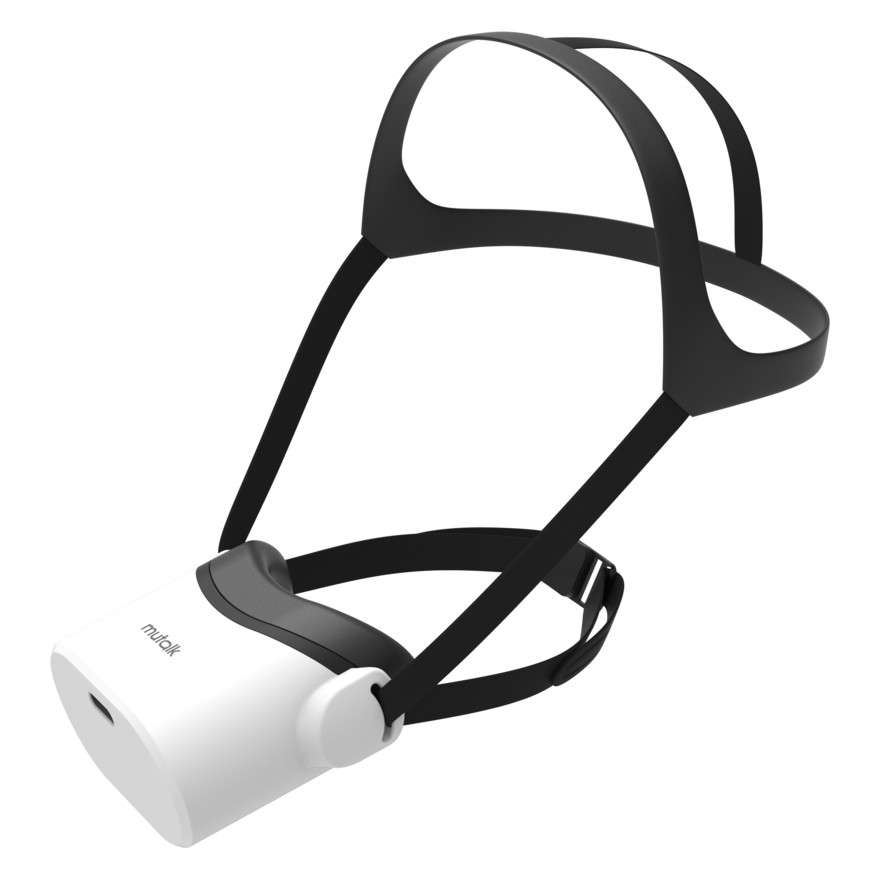 The device can be held and pressed over your mouth, or strapped onto your head. 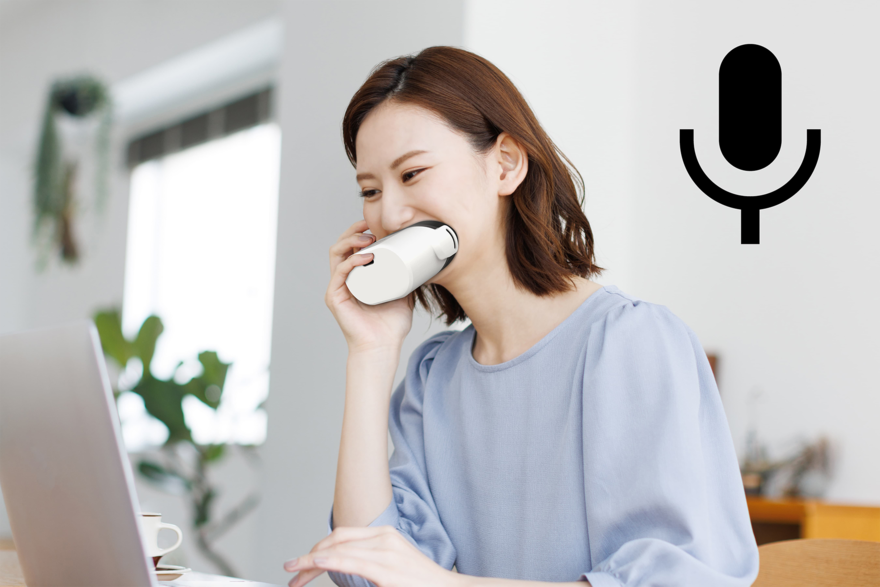 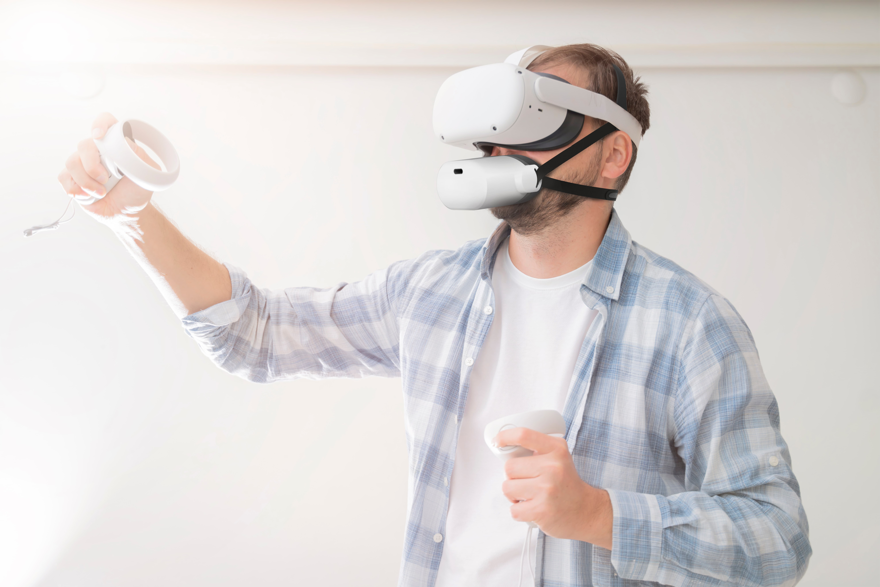 This is the guy you married?

A mouthpad forms the seal, and a “moisture absorbing cushion” (i.e. spit filter) prevents you from drowning the mic inside. Both the cushion and the mouthpad are removable and washable. 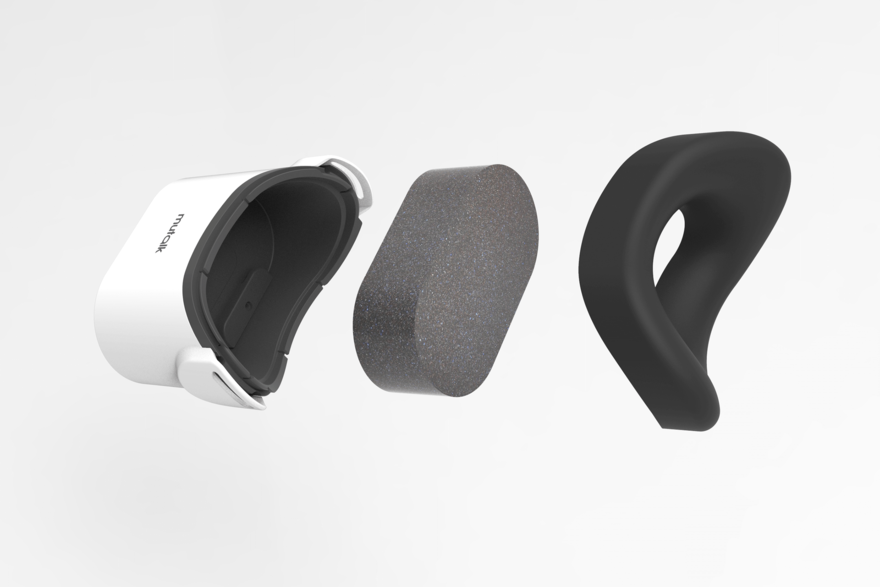 Specifically, the claimed noise reduction is 20 decibels for normal speech; screaming into the mic gets a reduction of 30 decibels. 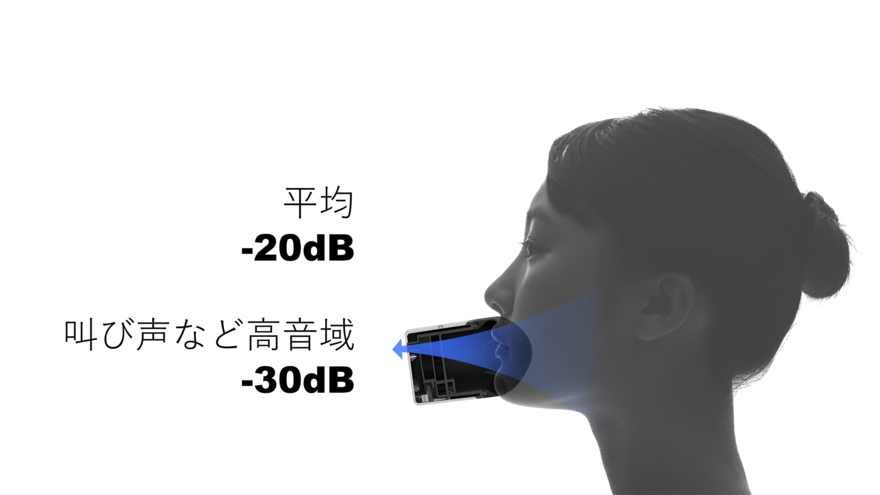 Perhaps this could see uptake in America, at least among the segment of the population that has grown accustomed to wearing things on their faces. There are certainly relevant applications: You can trash-talk while online gaming all you like, at midnight, without waking the spouse and kids. You could discuss sensitive information in public places. Over the phone, you could engage in petty gossip, mocking the fashion choices of someone sitting next to you in a coffee shop without them hearing it. 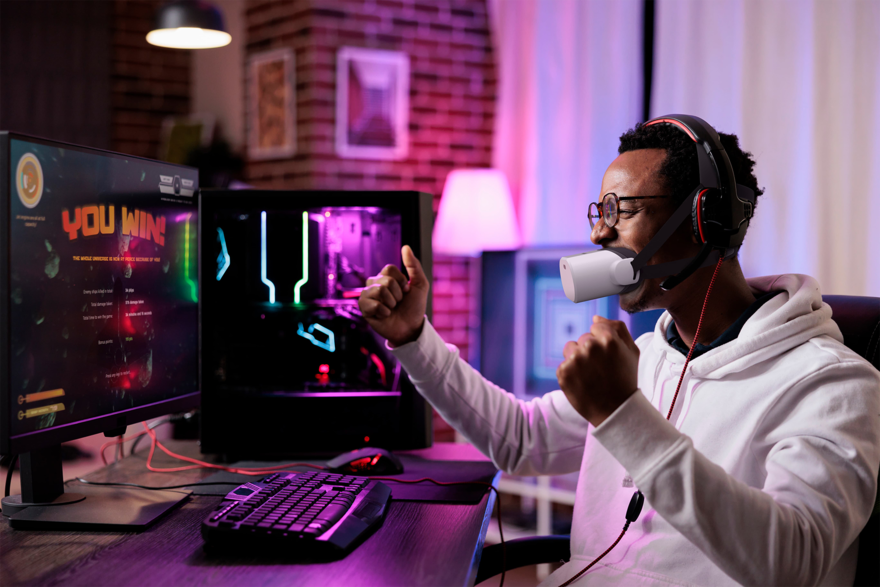 An added plus is that it vastly improves the sound quality for the listener, at least according to this audio demonstration: