But prior to this, in 1973, during the Oscars ceremony – a night full of wonder, glitz and glamor – one brave Indigenous woman decided to echo the name so full of history and meaning: Wounded Knee.

The misrepresentation and mistreatment of Indigenous Americans had personified itself into this woman, named Sacheen Littlefeather, who was there to reject an award of another. She peacefully and respectfully talked about said issues and was met with “unwarranted and unjustified” abuse, leading to the end of her film career.

Nearly 50 years later, she received a formal apology from the Academy. Too little, too late? Let’s get into the history.

The Oscars has formally apologized to Sacheen Littlefeather, an Indigenous American woman who was booed off stage nearly 50 years ago 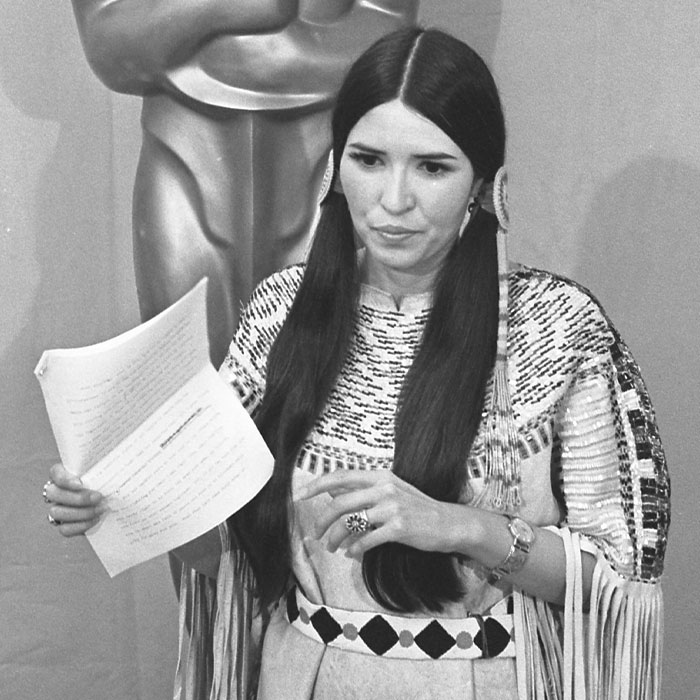 The Oscars has apologized to Sacheen Littlefeather, an Indigenous American woman who was booed off stage nearly 50 years ago after refusing an Oscar that Marlon Brando won for The Godfather in 1973. The actor had rejected the award due to the misrepresentation of American Indians by the US film industry, sending Littlefeather, who is Apache and Yaqui, in his place.

What may have been an act of solidarity with American Indians turned into the “unwarranted and unjustified” abuse of Littlefeather following her brief speech. The young actress, who was just 26 years old, was shunned by the entertainment industry, essentially ending her career in film.

Marlon Brando, who won an Oscar for The Godfather in 1973, refused to accept the award due to the misrepresentation of American Indians 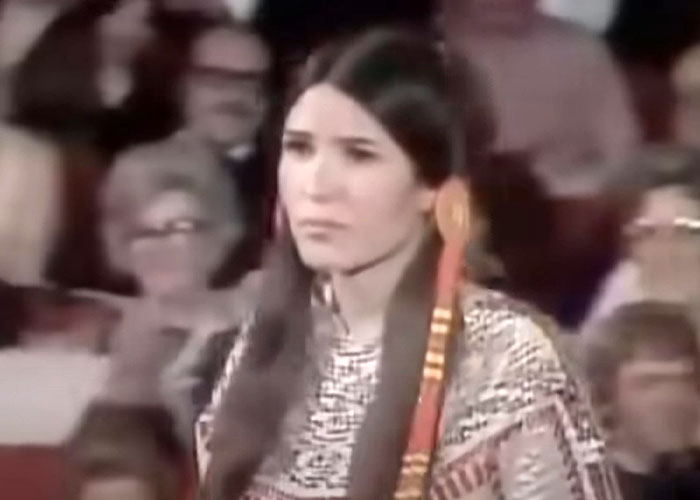 Once the winner was announced, Littlefeather came to the stage, introducing herself on behalf of Brando, who’d written “a very long speech.” She, however, was instructed by the award ceremony’s production team to keep the speech to 60 seconds, otherwise she’d face legal action. She began by telling the audience “that [Marlon Brando] very regretfully cannot accept this very generous award.”

“And the reasons for this being the treatment of American Indians today by the film industry and on television in movie reruns, and also with recent happenings at Wounded Knee,” she said. She was met with boos – and some cheers – from the audience, which seemed to make her emotional.

Littlefeather was asked to reject it in his place, yet her 60-second speech led to “unwarranted and unjustified” abuse, ending her career in film 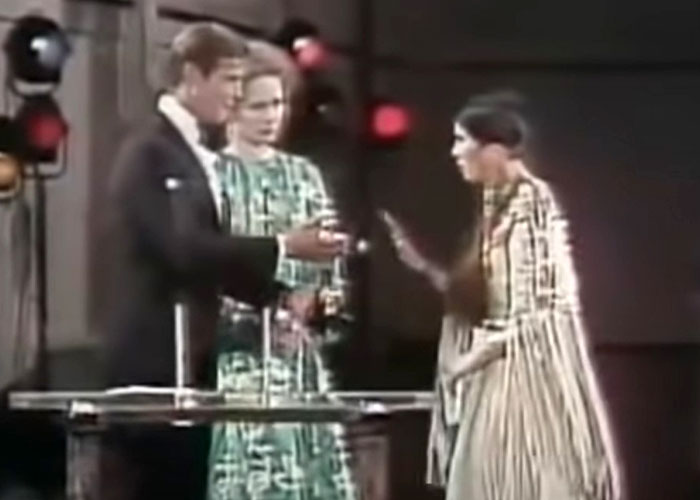 Before we continue with the speech, I think it’s important to bring some context as to the importance of Wounded Knee and its history. Wounded Knee, located on the Pine Ridge Indian Reservation in South Dakota, was the site of two conflicts between Indigenous Americans and the US government, including the US Army and, later, the FBI.

In 1890, the Wounded Knee massacre occurred, following a failed attempt to disarm the Lakota camp. Historians disagree over the number of casualties but believe the number of Indigenous Americans to lie between 150-300, half of them being women and children, while the cavalry lost 25 men. This was the final clash between federal troops and the Sioux tribe.

Mention of the treatment of American Indians in films, as well as the Wounded Knee Occupation of 1973, led to rumors, threats and mistreatment 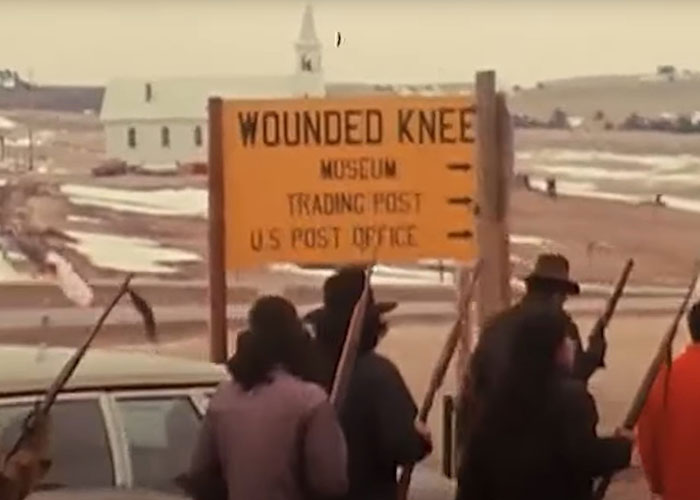 In February 1973, some 200 members of the American Indian Movement (AIM) occupied Wounded Knee for 71 days to protest conditions on the reservation and to reopen treaty negotiations, which would ensure the fair and equitable treatment of Indigenous Americans. The US government responded by besieging Wounded Knee.

During the 71 days of the siege, federal officers and AIM members exchanged gunfire almost nightly. Hundreds of arrests were made, two Indigenous Americans were killed, and a federal marshal was permanently paralyzed by a bullet wound. The leaders of AIM surrendered on May 8, after a negotiated settlement was reached.

Nearly 50 years later, David Rubin, former president of the Academy of Motion Picture Arts and Sciences, sent her a formal letter of apology 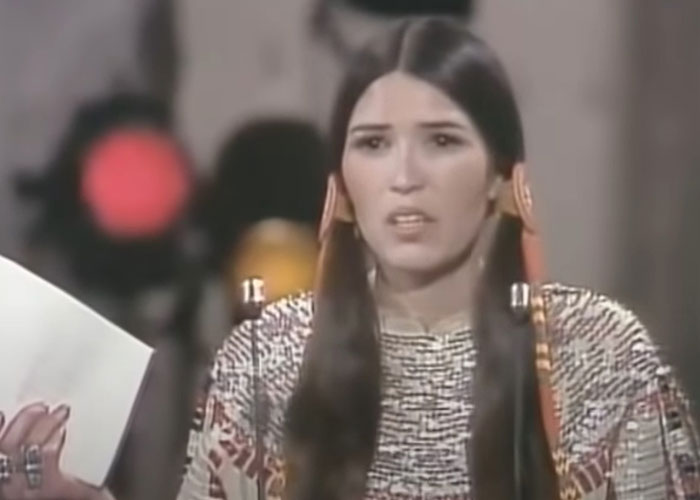 “I beg at this time that I have not intruded upon this evening and that we will in the future, our hearts and our understandings will meet with love and generosity. Thank you on behalf of Marlon Brando,” she ended her speech. Organizers noted that this was the first political statement at the televised ceremony, which began a trend that continues to this day.

In 2020, Littlefeather told the BBC that she had to leave the stage with two security guards, which ended up being “a very good thing” as actor John Wayne was backstage, restrained by six security men. She said he was “furious with Marlon and furious with me” and wanted to pull her off stage himself. Some people used the “Tomahawk chop,” a gesture seen as demeaning to Indigenous Americans, as she was walking by.

The Oscars were televised to 85 million people, with some media reports claiming Littlefeather was not truly an Indigenous American, but rather that she agreed to the speech to help her acting career. Speculations and rumors of her being Brando’s mistress gained traction, but Littlefeather told the BBC that was not true. 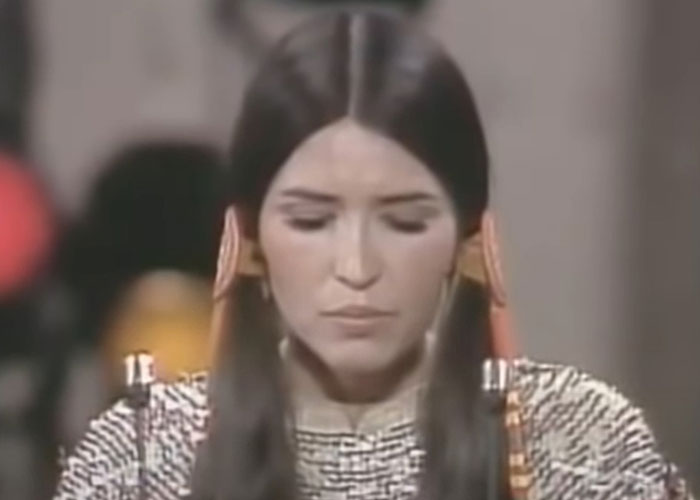 In 2018, Indigenous Goddess Gang posted a statement by Littlefeather, reflecting on the issues surrounding Indigenous American people to this day. “When I walked onto the stage of the Academy Awards, the FBI was shooting Indian people at Wounded Knee. […] In 1973, murdering an Indian was like shooting deer: there were no consequences. It is this way now for Indian women who are murdered, raped, and trafficked with no consequences for the men behind these crimes.”

“In 1973, I took the stage on behalf of Marlon Brando to decline his Oscar for The Godfather. I was told I represented his voice only and that if I went one second over the designated time, I would be arrested. To let myself be publically arrested would contribute to the false narrative of Native people as criminals.”

“Hollywood and the media are responsible for this narrative, and the ways they have tried to erase Native people. They try to erase us when they cast non-Native people as Natives. They try to erase us when they make movies about us from a White perspective. Movies continue to come out that are about us but not by us. Why are you so insistent in portraying us, writing about us, and pretending to know about us?”

“What I want to see is Indians writing about Indians. Whether we are reservation, urban, suburban or rural Natives, we know who and what our experiences are. Our participation will overcome film industry stereotypes. We are beginning to participate. I participated and the FBI watched on international television. The FBI saw me as a threat and made plans to blacklist me. They followed through, but I took the sabotage, death threats, defamation, lies, and slurs with dignity,” she wrote.

“I never thought I’d live to see the day I would be hearing this,” Littlefeather said, jokingly adding: “We Indians are very patient people – it’s only been 50 years!” 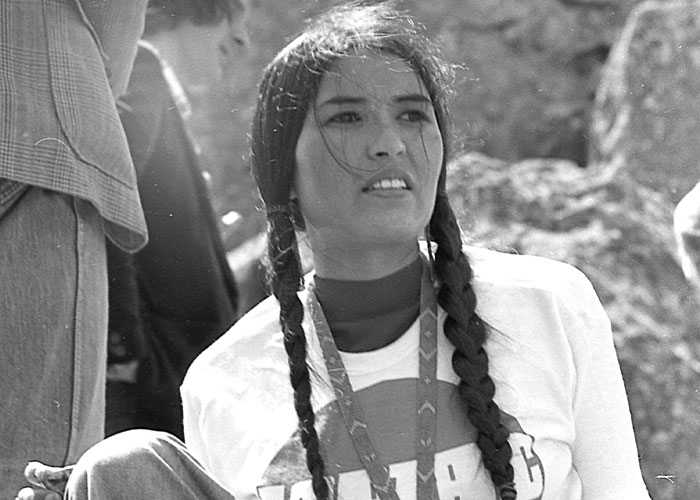 “The abuse you endured… was unwarranted and unjustified,” David Rubin, former president of the Academy of Motion Picture Arts and Sciences, wrote in a letter to Littlefeather, which was made public on Monday, August 15. “The emotional burden you have lived through and the cost to your own career in our industry are irreparable. For too long the courage you showed has been unacknowledged. For this, we offer both our deepest apologies and our sincere admiration.”

Rubin continued to say that Littlefeather had made “a powerful statement that continues to remind us of the necessity of respect and the importance of human dignity.” He assured that the Oscars as an organization is “dedicated to fostering a more inclusive, respectful industry,” in which she has played an essential role. “You are forever respectfully ingrained in our history.”

The Academy Museum of Motion Pictures will host an event on September 17, in which Littlefeather will talk about her appearance at the 1973 Oscars and the future of Indigenous Americans’ representation on screen.

“Yes, there’s an apology that’s due,” she said. “As my friends in the Native community said, it’s long overdue” 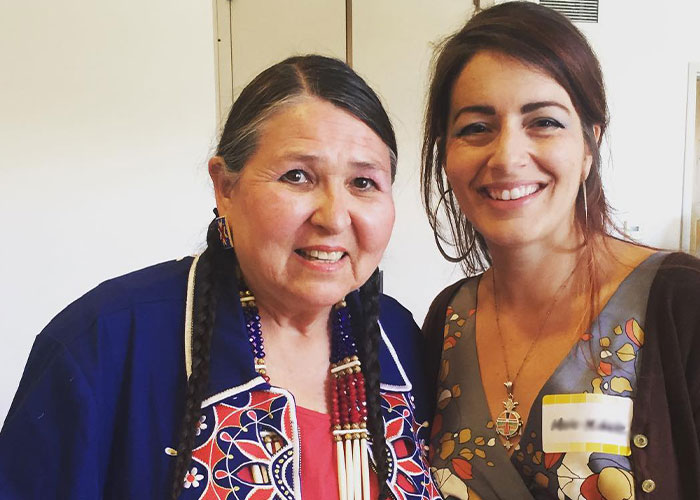 “I never thought I’d live to see the day I would be hearing this,” Littlefeather, now 75, told the Hollywood Reporter. “We Indians are very patient people – it’s only been 50 years!” She added that keeping a sense of humor is “our method of survival.” She cried several minutes after first reading the apology letter, almost a half-century since the famous incident. “Yes, there’s an apology that’s due,” she said. “As my friends in the Native community said, it’s long overdue.”

In a podcast earlier this year with Jacqueline Stewart, a film scholar and director of the Academy Museum, Littlefeather reflected on what led her to speak out in 1973. “I felt that there should be Native people, Black people, Asian people, Chicano people – I felt there should be an inclusion of everyone,” said Littlefeather. “A rainbow of people that should be involved in creating their own image.”

People admired Littlefeather’s grace and strength, some wishing the apology had come sooner. Let us know your thoughts in the comments!