There are many ways in which a couple can manage their finances. So after her husband’s latest stunt, Reddit user Campfire_byLake77 started questioning if she, or in this case, he has chosen the right one.

In a post on the “Am I The A**hole” (AITA) forum, which has since received over 23,000 upvotes and 3,000 comments, the woman described a purchase she made just a couple of days ago.

She bought a pair of “insanely low” priced shoes for her spouse using his own money, but this led to a huge fight with him even accusing her of “stealing.”

Unsure of how she handled the situation, the woman told her story online and asked people to help her find a way out of the marital drama she has found herself in. Continue scrolling to read what she wrote and let us know what you think of the ordeal in the comment section below. 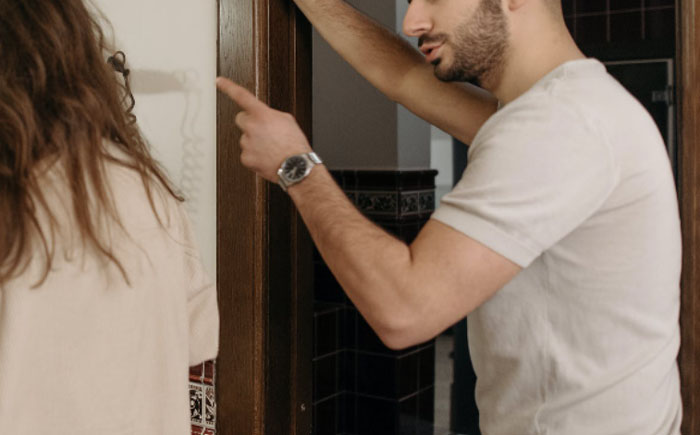 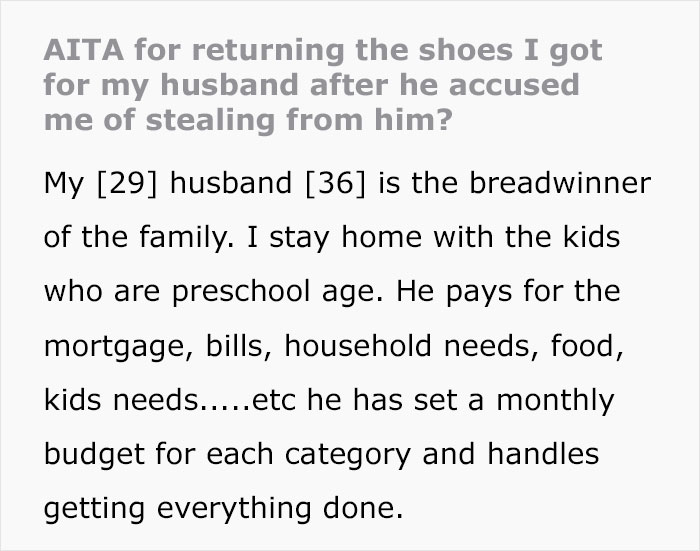 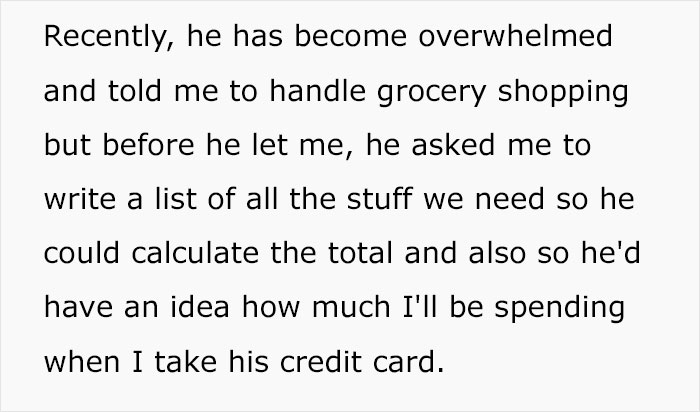 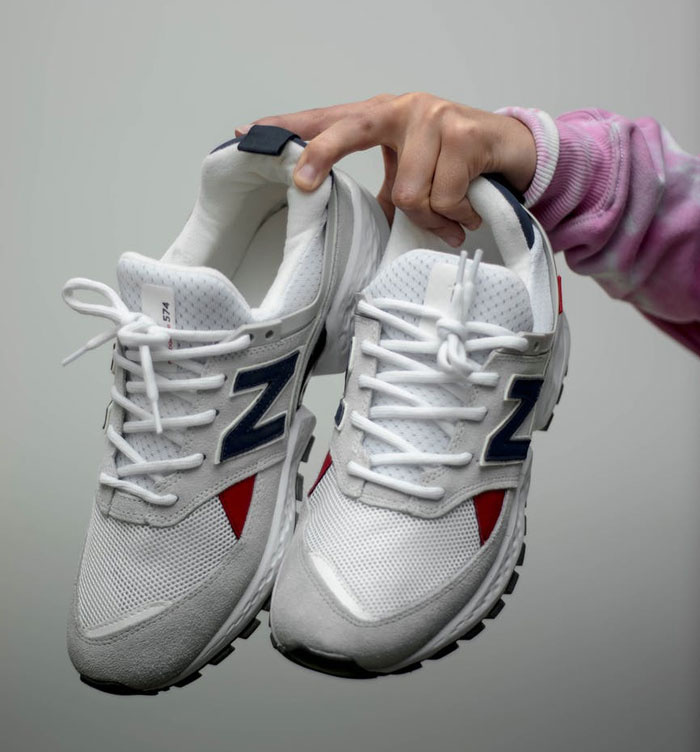 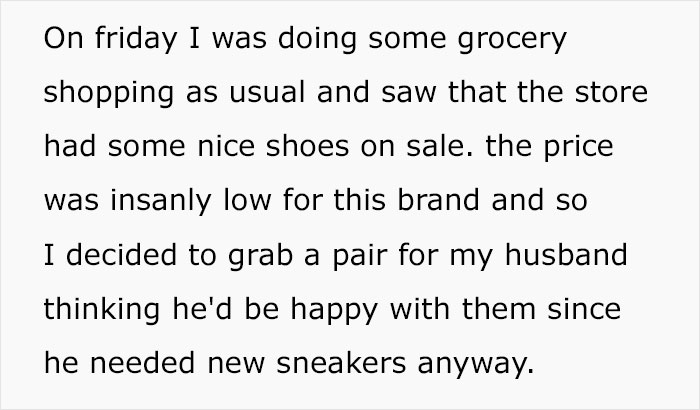 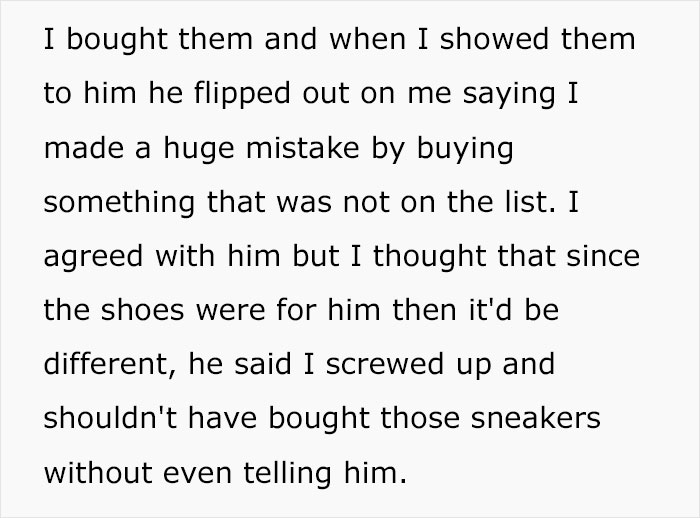 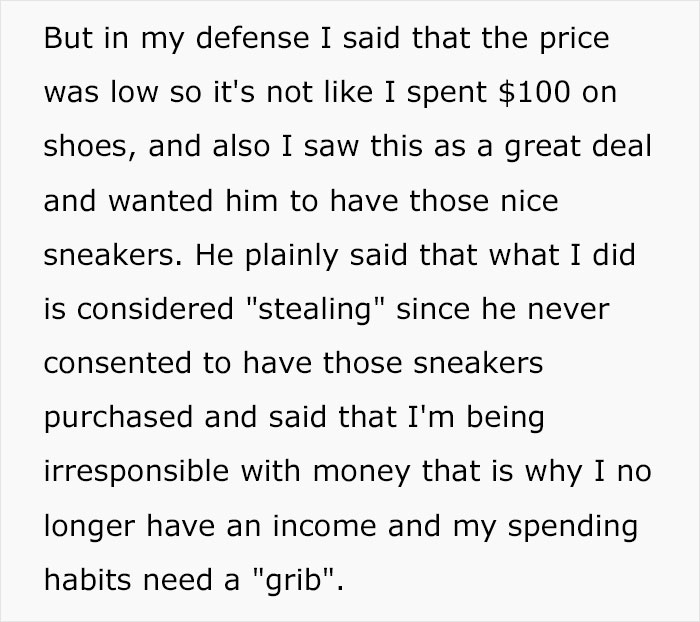 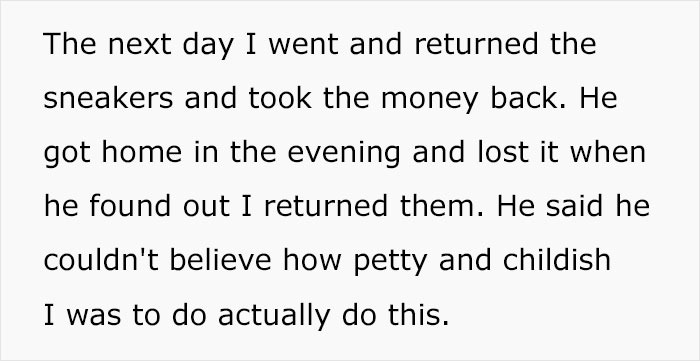 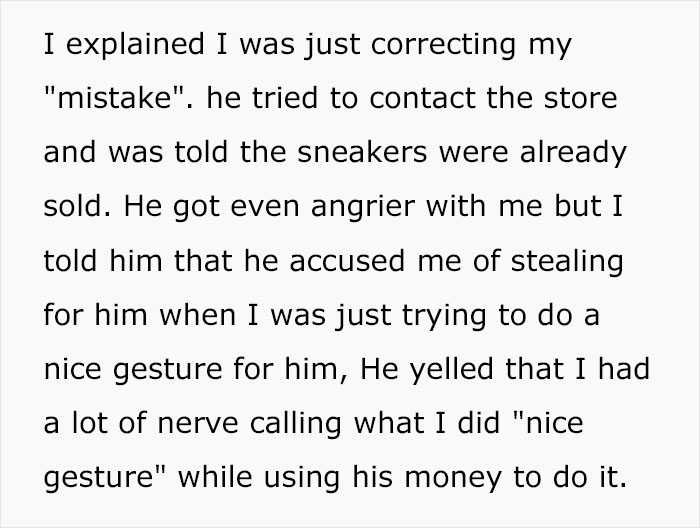 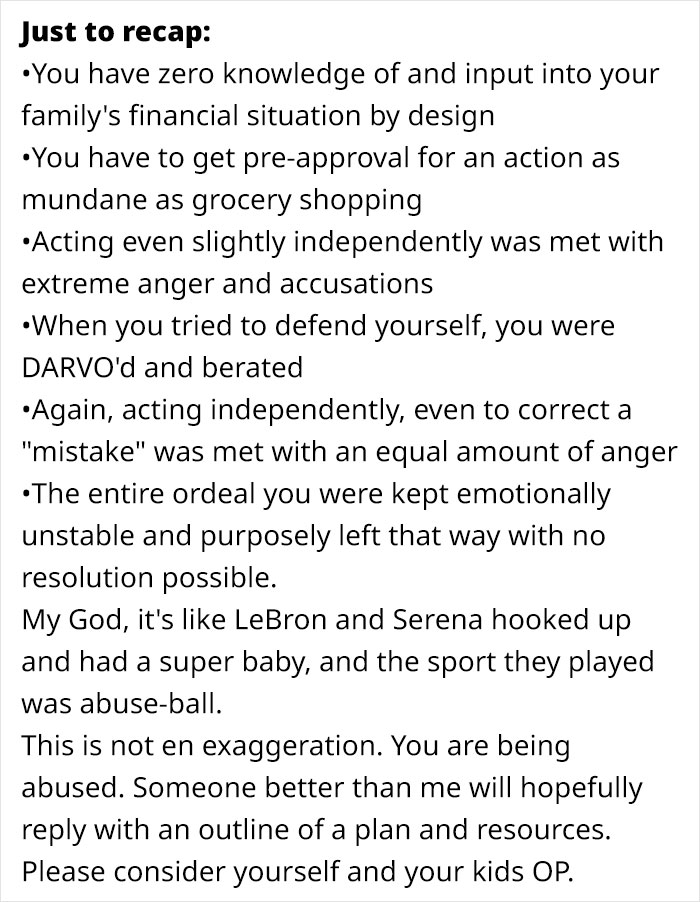 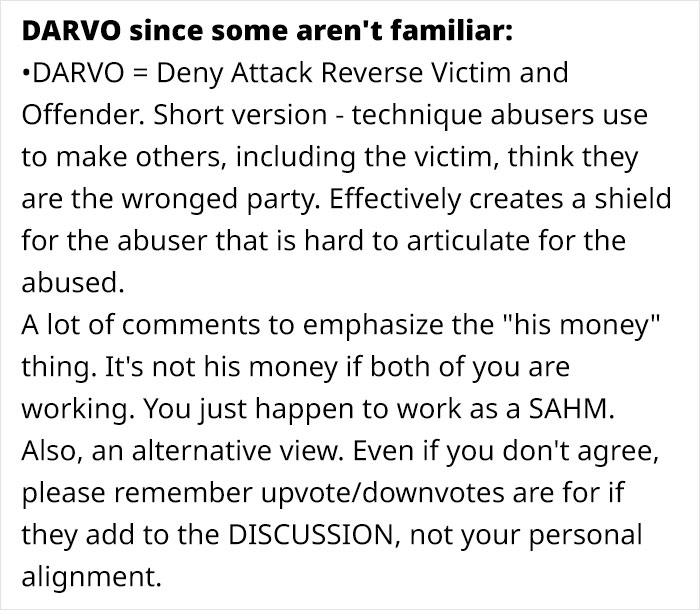 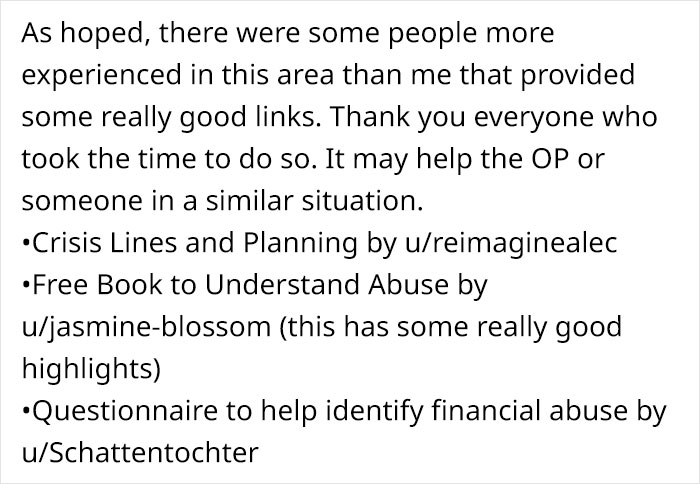 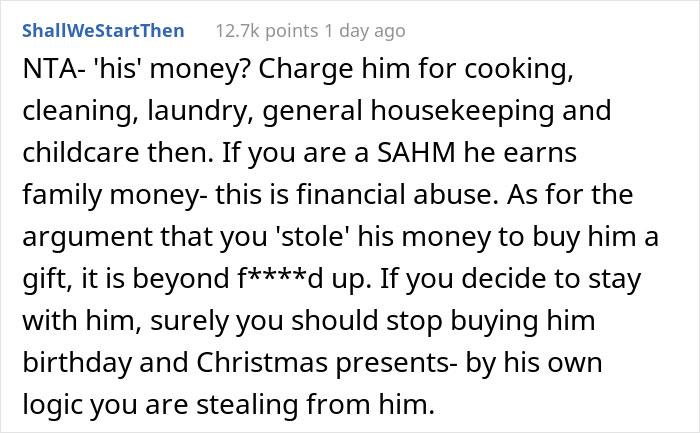 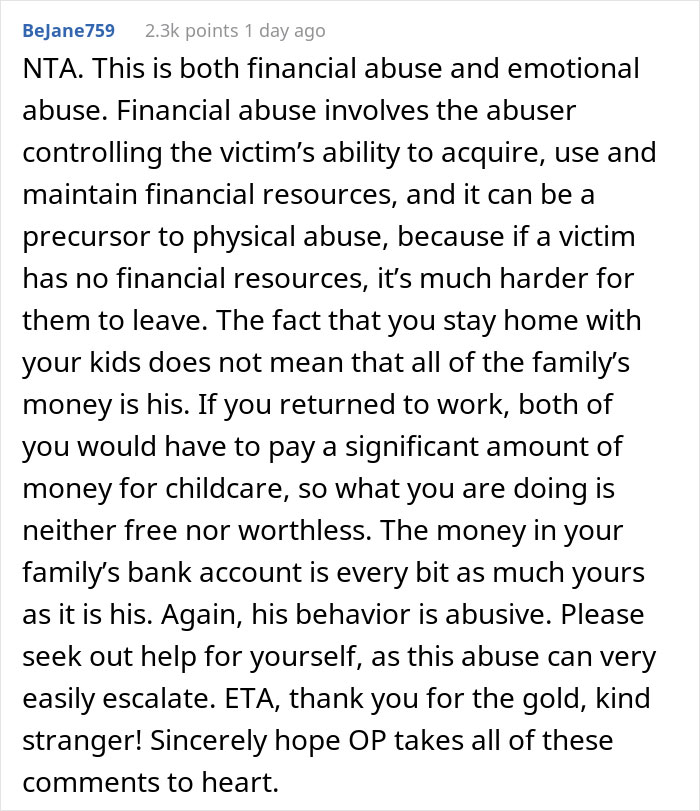 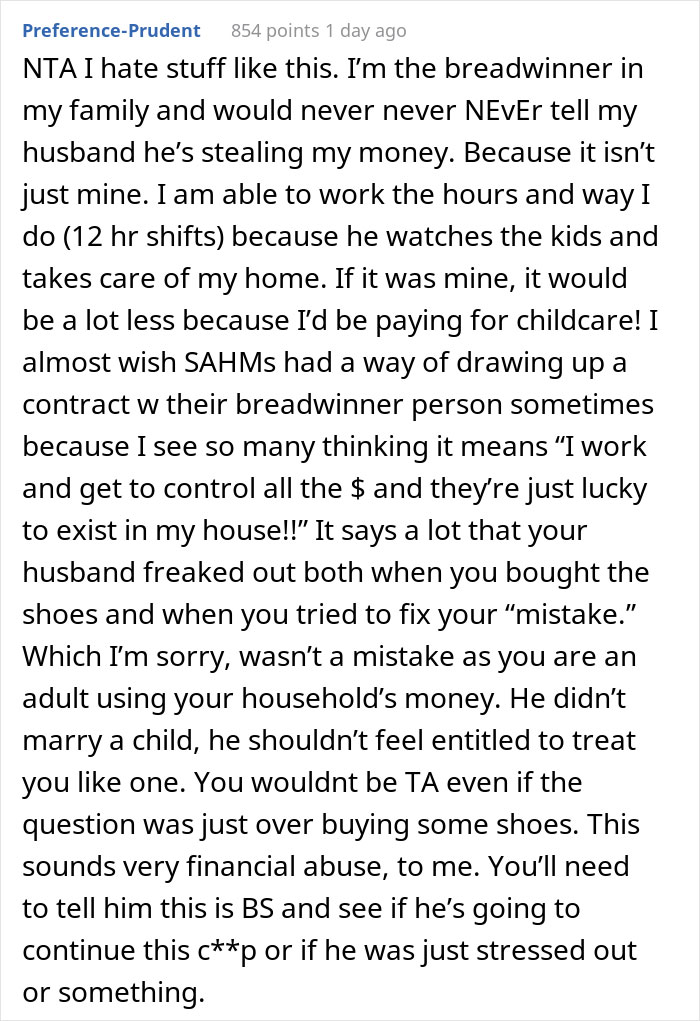 The post “Am I A Jerk For Returning The Shoes I Got For My Husband After He Accused Me Of Stealing From Him?” first appeared on Bored Panda.