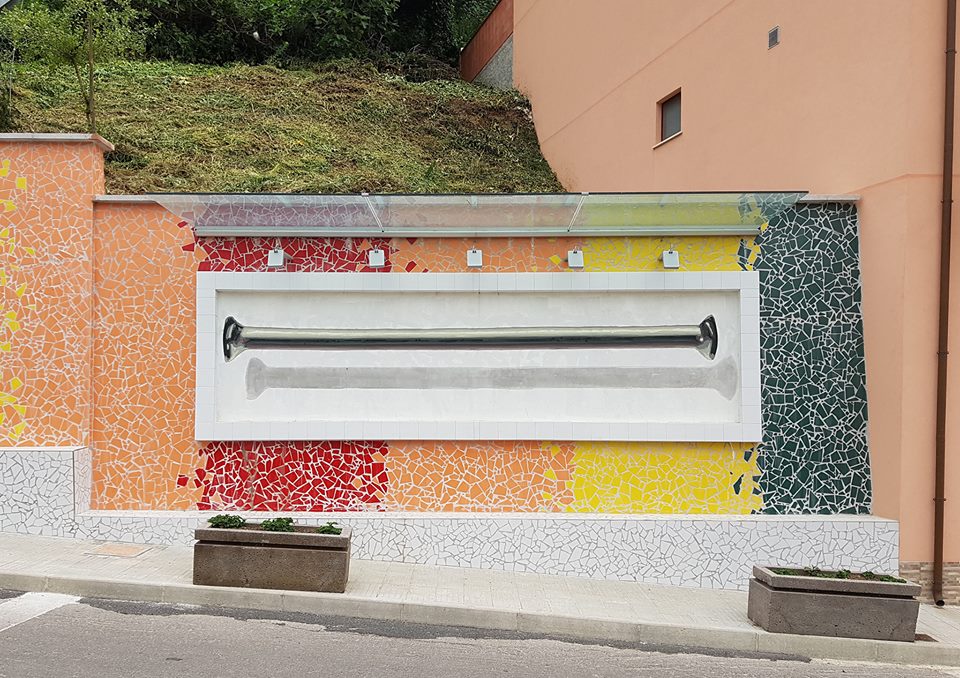 Ampparito recently took part in an ongoing street art project that is taking place in a small town of Frazzano on Sicily in Italy. During his stay in town Spanish artist designed and painted a series of panels which reflect his overall experience with the city council.

Unlike usually in his practice the artist arrived to the location without any developed ideas or plans. Ready to get influenced by its specific features, he quickly thought of a concept that has to do with Sicily and its relationship with the Euro and Europe. Unfortunately this proposal was rejected by the local council so he decided to do something from his series that is mixing digital imagery with rudimentary ways. Surprisingly, this proposal was rejected as well, which inspired the artist to portray this entire discussion.

The result is a series of 5 panels with 2 headed nail slowly bending around itself. With nail being symbol of a simple tool that executes important tasks when having the right amount of pressure coming from the right end of it, Ampparito wanted to portray what happens when the same pressure comes from 2 ends, and none of them are willing to back out. Genius! 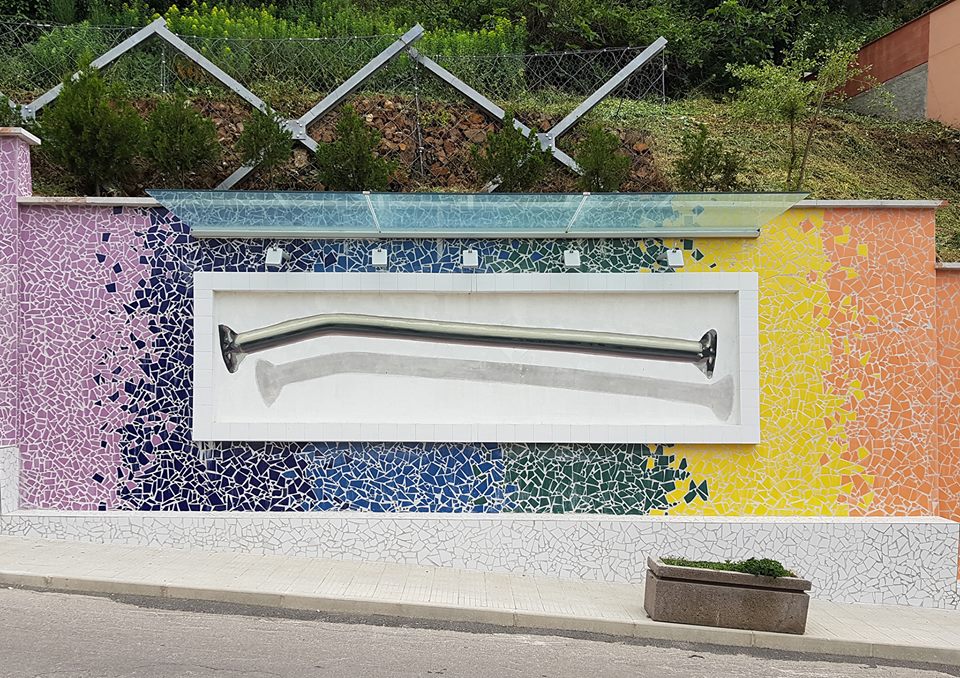 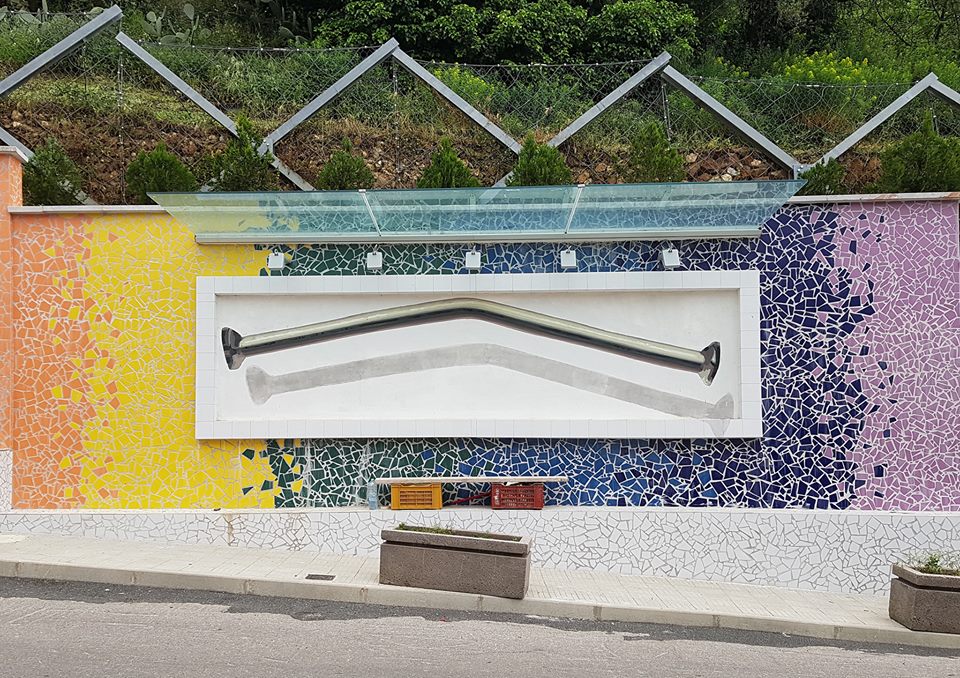 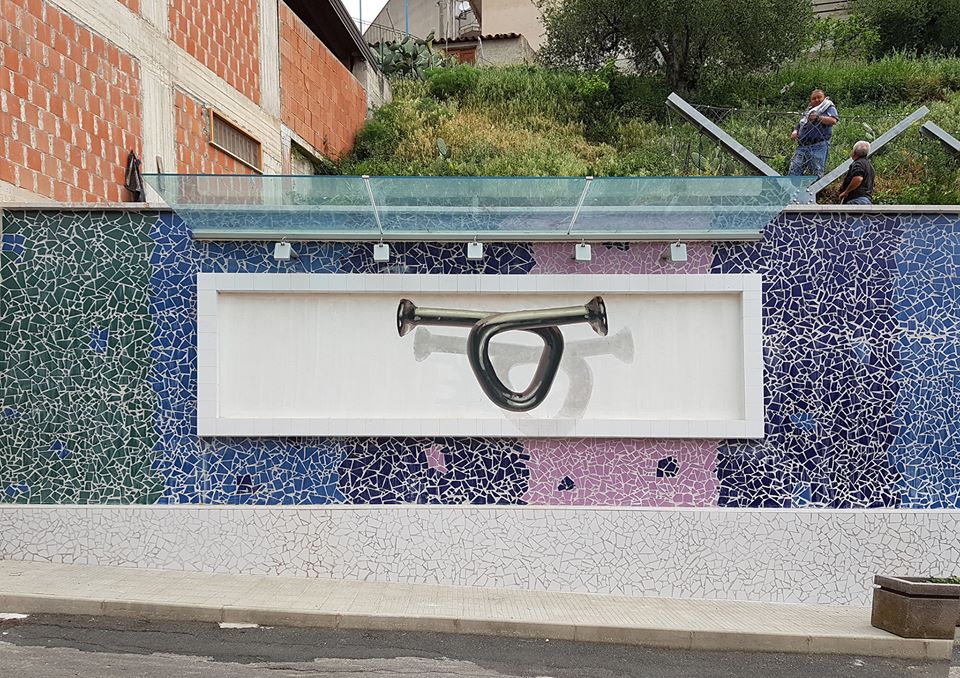 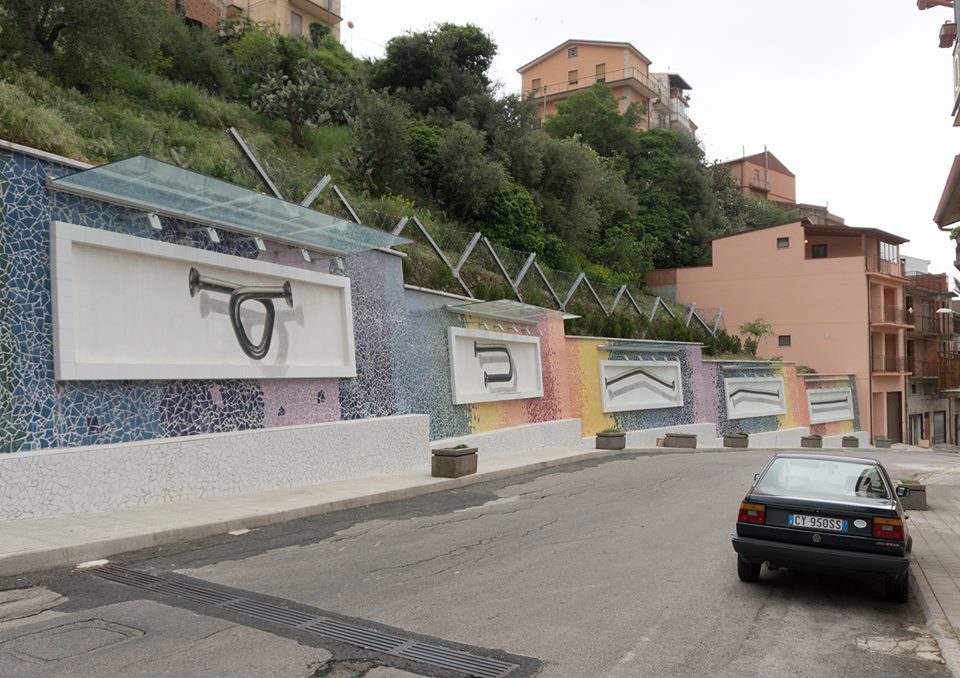