While companies are allowed to specify how their employees should look at work, dress codes have been igniting debates for decades. After all, our jobs are demanding enough without the added pressure of worrying about what clothes to wear.

Unfortunately, it becomes even more infuriating when you have a micromanaging supervisor who just can’t seem to stop nagging you about your appearance. And this was just the case for Redditor rebelscumcsh. A few weeks ago, the woman made a post on the Malicious Compliance subreddit revealing she works in upscale catering where the staff usually wear jeans and a simple t-shirt.

However, the user’s daily outfit included Converse Chuck Taylor shoes in bright, glaring red which seriously bothered her manager. “For months, she harped me almost daily until finally, she wrote me up,” the user revealed. But instead of getting herself into an exhausting argument, rebelscumcsh came up with a simple yet cunning plan. Read on for how the author maliciously complied and share your thoughts in the comments below!

Recently, this woman shared how her micromanaging supervisor kept nagging her about the dress code 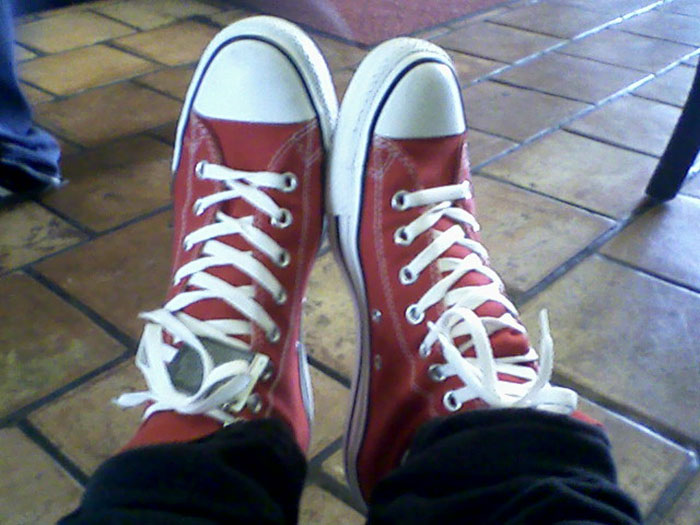 But instead of getting herself into a long-lasting argument, the user maliciously complied 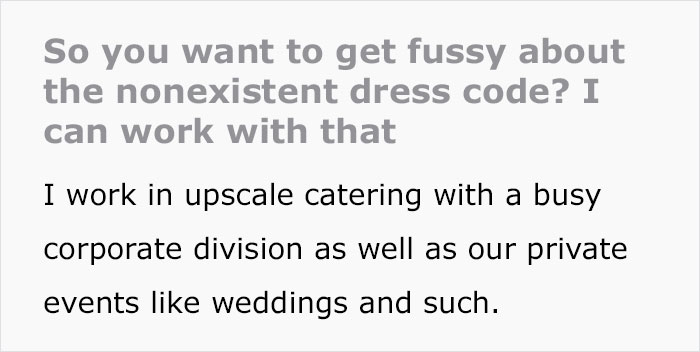 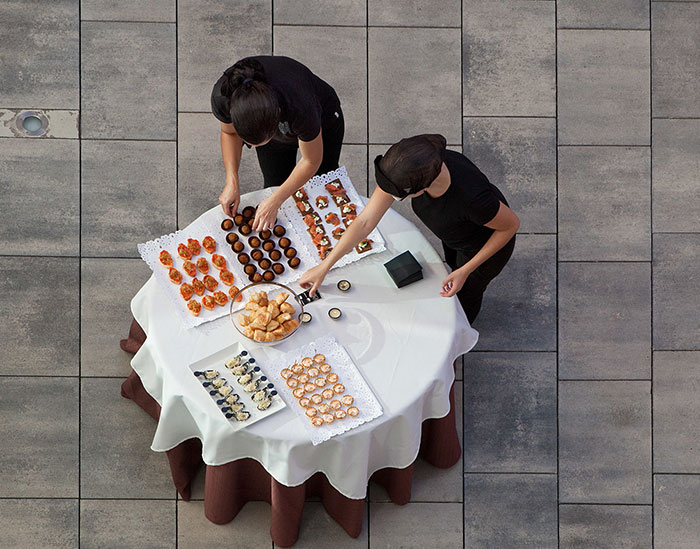 If there’s one thing we know about irrational managers and their senseless rules, they often find a way to backfire. So while Redditors applauded this little act of retaliation, we hope that the department head learned a lesson that it’s better to have a genuine conversation than write someone up behind their backs.

When it comes to what we wear at work, focusing more on appearance sometimes tends to disregard what truly matters — workers’ performance and their general wellbeing. Sure, rules are there to be followed and can give us a sense of clarity. But when they are followed blindly without consideration for fellow workers, strict dress codes can make the workplace feel awful.

The nagging, the patrolling, the passive-aggressive comments, the conflicts — anyone would feel frustrated. Just as the creator of this post did. Her story only proves that not everyone is open to the idea of employee freedom, but we’re always welcome to question and challenge them.

For many, dictating what employees can or cannot wear seems to be a thing of the past. People should not feel embarrassed or, worse, discriminated against for their choice of clothing. Sure, certain lines shouldn’t be crossed, but forward-thinking employers and managers should aim to relax their strict office dress code.

HR consulting firm Randstad commissioned a survey of over 1.2K American workers across different industries to find out the present state of workplace fashion. Surprisingly, they discovered that while employees typically favor more informal and relaxed clothes at work, they’d still prefer some direction about what’s considered acceptable.

More than a half, 55 percent, of managers surveyed revealed they care more about performance than their employees’ looks. Almost a third of all workers revealed they feel uncertainty over what’s proper when the dress code is unclear, and 28 percent even mentioned that a coworker’s garments have made them feel uncomfortable at one point or another.

For years, there has been a certain trend of slowly drifting away from the formal and strict office dress codes, and the pandemic may have pushed it even further. Around a third of all workers (and 41 percent of those who work in environments with conservative dress codes) said they would rather have a relaxed, casual dress code than an additional $5K in pay a year. Moreover, another third revealed they would sooner quit their job or not accept a new offer than follow a strict, conservative dress code.

“I think people are going toward a more functional approach – what you get accomplished, not these formal rules about the number of hours you’re in the office, or how exactly you’re dressed,” Robert Pozen, senior lecturer at the Massachusetts Institute of Technology, told the BBC.

Since more companies are implementing more flexible schedules and attendance requirements, he suggested this might also affect what employees are expected to wear. “[Workers] don’t want some rigid dress code. There weren’t a lot of organizations that required ties and jackets before the pandemic on a daily basis, and so now you have even fewer — and the general movement toward a functional approach rather than a formalist approach.”

Moreover, if businesses have learned anything from the recent disruption courtesy of the pandemic, it’s that employees who prefer flexibility want to use it to be more productive. “You don’t want to have dress codes just for dress codes’ sake,” says Pozen. “The question is, does it help produce the results you want?”

This story inspired Redditors to open up about their own experiences, here’s what they had to say 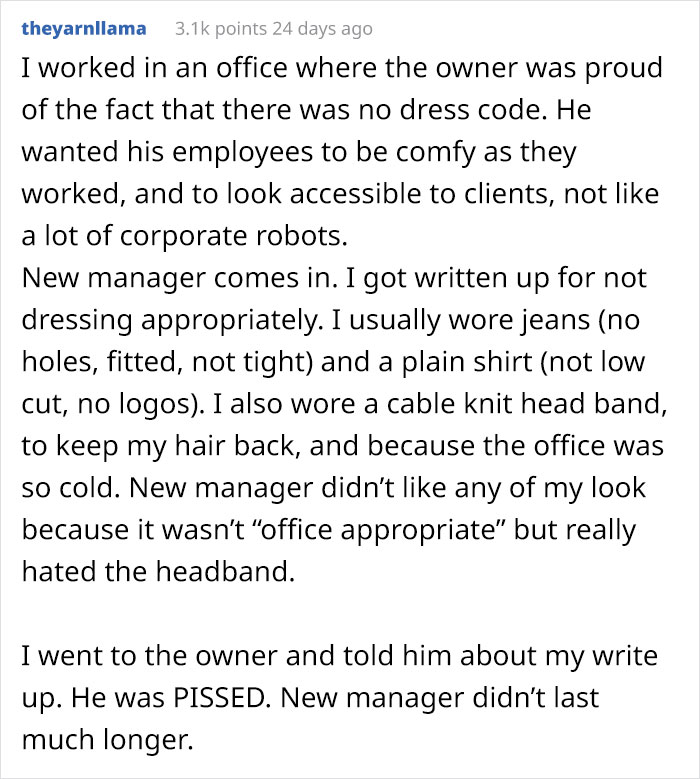 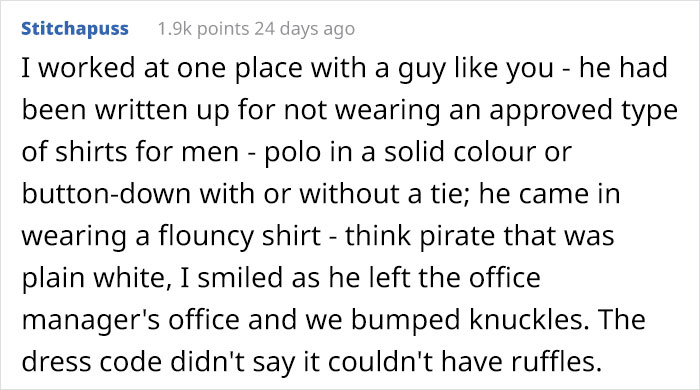 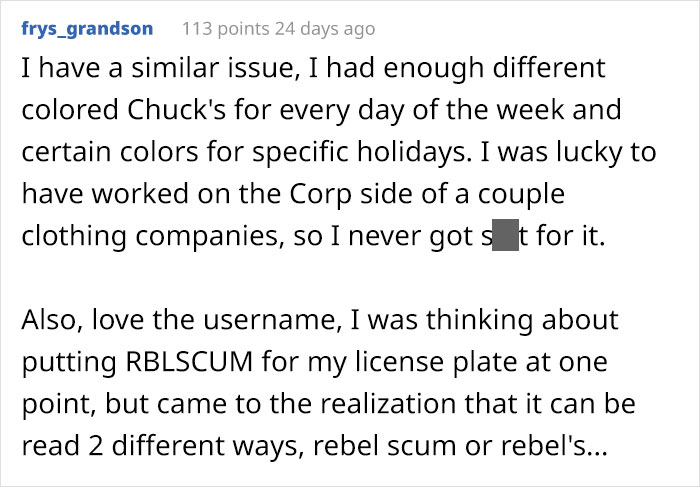 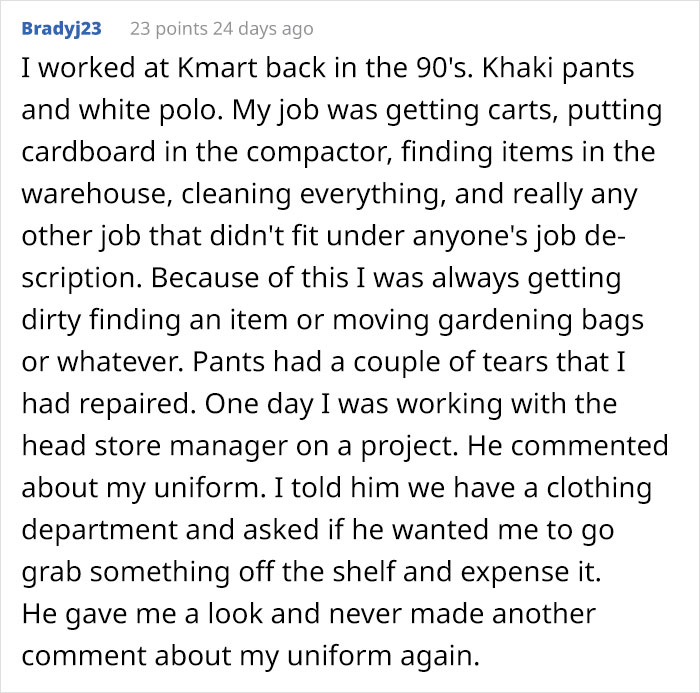 The post Boss Is Happy They Made Employee Finally Comply With Dress Code, Realized How Pointless It Was When Compliance Turns Out To Be Malicious first appeared on Bored Panda.