Florence Pugh was caught rocking a stunning pink gown at the Valentino Haute Couture Fall/Winter 2022-23 fashion show in Rome – however, internet trolls were quick to judge the actress’ choice of attire. As it turns out, people (mainly men) weren’t that pumped about the nipple-baring dress – although, is this really a surprise?

If you’re a man, chances are you don’t even notice your nipples; I mean, why would you? You’re allowed to stroll around half-naked without worrying about catching the disapproving glances of passersby, whereas women are left to deal with “offended” folk who can’t go a day without having to objectify or/and sexualize an ordinary body part.

To this day, our society considers women’s bare chests to be obscene and offensive 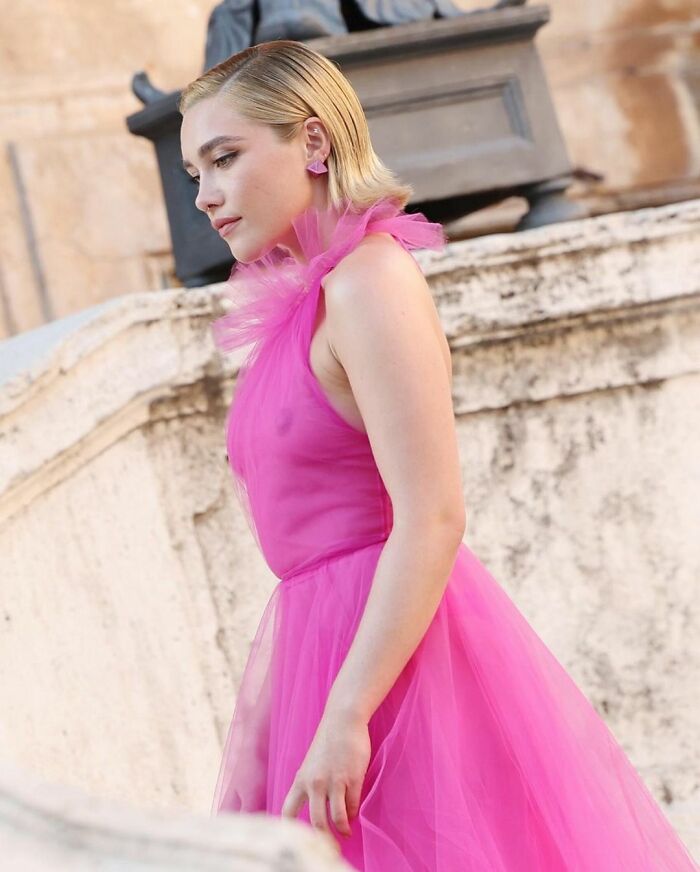 “Why are you so scared of breasts?” – the Little Women actress turned to Instagram to clap back at those who’ve spent their time swamping her with body-shaming comments, simply because they couldn’t handle a little breast. The message has received over 2 million likes and was acknowledged by fellow colleagues such as Jameela Jamil, Aubrey Plaza and Joey King. 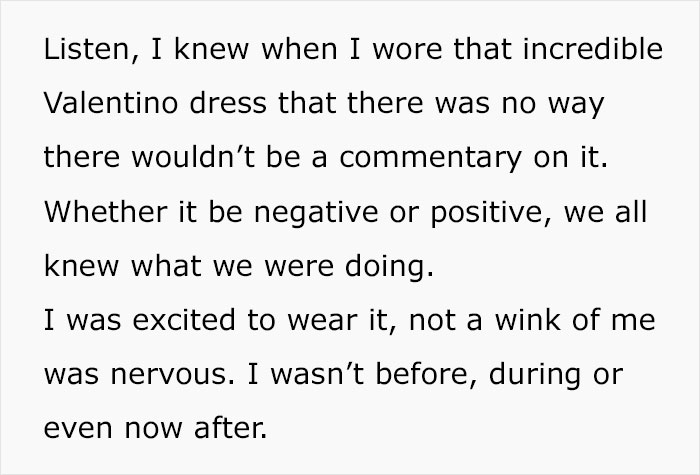 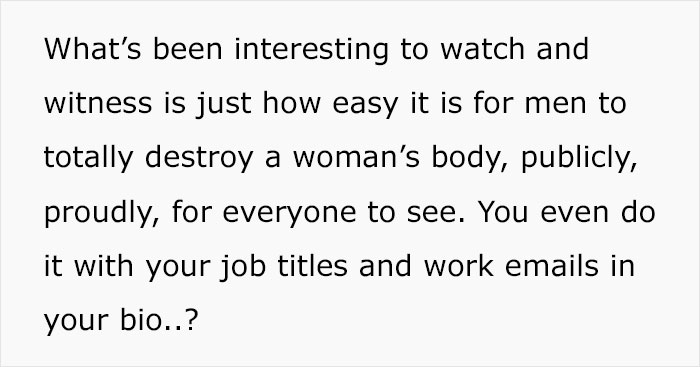 The woman began her post by saying that she knew that the Valentino dress was going to provoke commentary, be it negative or positive. Pugh was excited to wear the gown and nothing about it made her nervous.

She remarked that what’s been interesting to watch was how easy it is for men to totally destroy a woman’s body proudly and publicly – moreover, what’s surprising is that some didn’t even bother to conceal their job titles/work emails that they so proudly included in their bios.

The actress then mentioned that this isn’t the first time, or the last, that a woman has received derogatory comments about her body from a bunch of internet strangers – however, what’s worrying is just how “vulgar” some of the men can be. 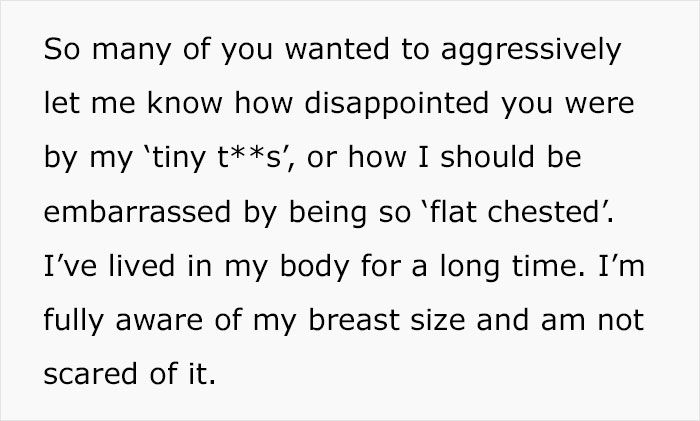 Disgustingly enough, many felt the need to announce how disappointed they were by Pugh’s chest; although the woman fired back, saying that she’s fully aware of her anatomy and is not scared of it.

What concerned the actress the most was how afraid people seem to be of breasts. It made her wonder what happened to those individuals who seem to be so intent on being this upset about her body.

Florence later added that she’s incredibly grateful for growing up in a household with very strong, powerful, and curvy women. 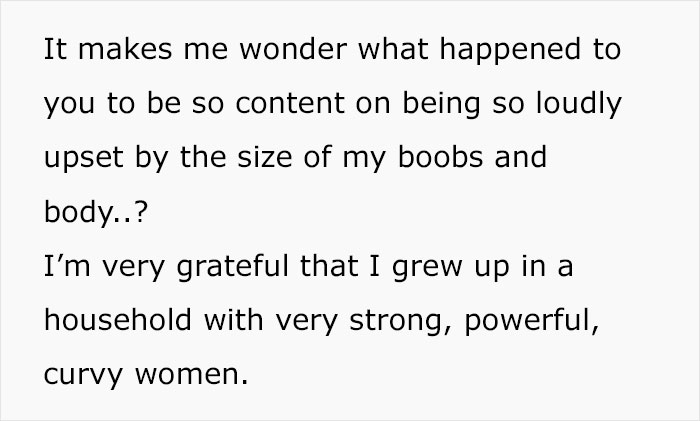 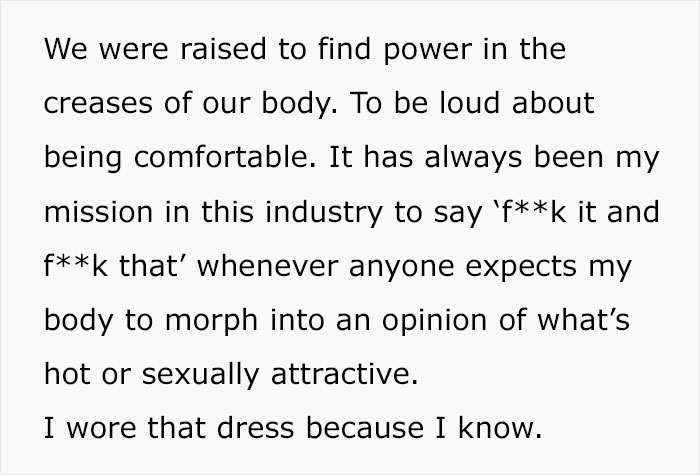 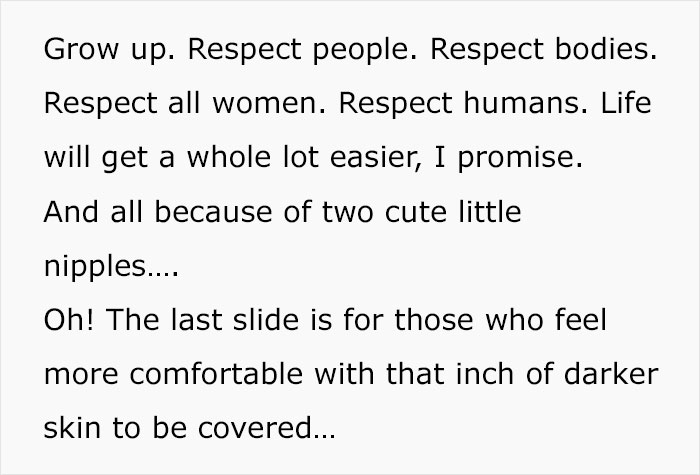 Florence revealed that it has always been her mission to do whatever she feels right whenever anyone expects her body to “morph into an opinion of what’s hot or sexually attractive.”

The star then sternly encouraged those who’re oblivious to grow up and learn to respect people, bodies, and humans in general, saying that their lives will get a whole lot easier.

Nipples aren’t the problem, individuals who sexualize women’s bodies are 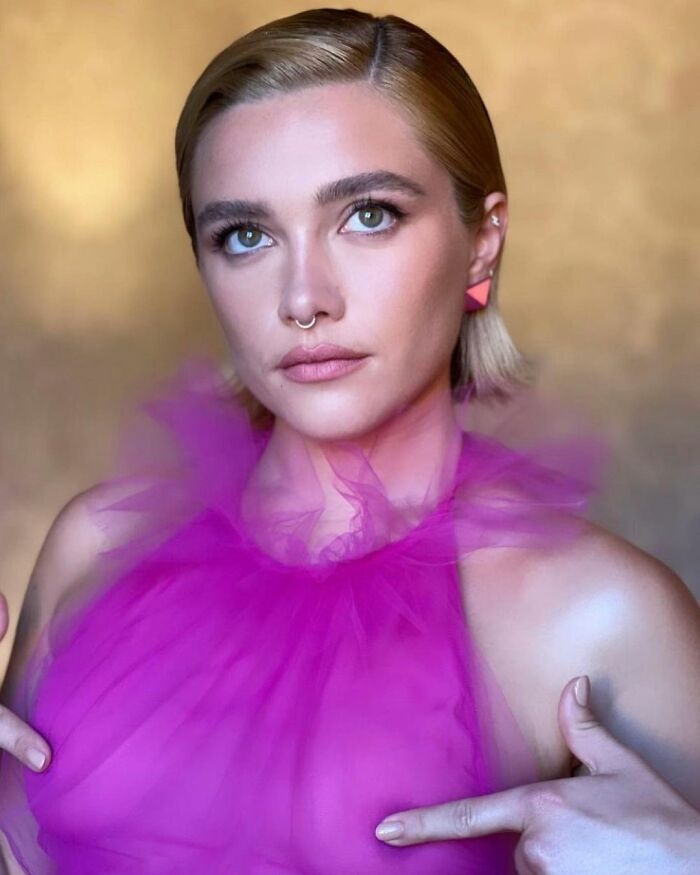 Most netizens, whether they’re Pugh’s supporters or not, shared their comforting thoughts regarding the whole controversy around the sheerness of the Valentino gown.

For instance, some said that if you’re making a big deal about it, then you should seriously reconsider your life approaches, as you’re definitely overreacting.

Everyone has nipples – your next-door neighbor, your mother… Even the Queen of England is no exception. 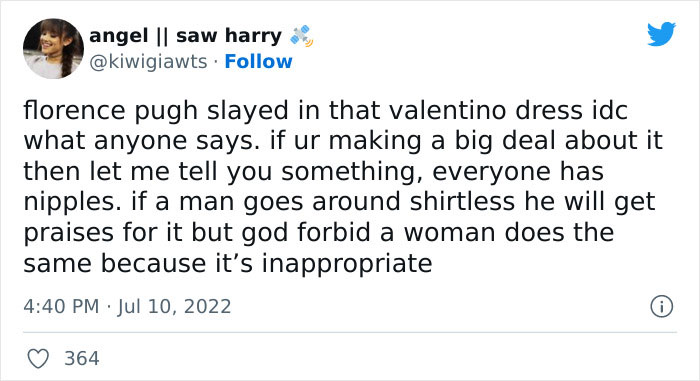 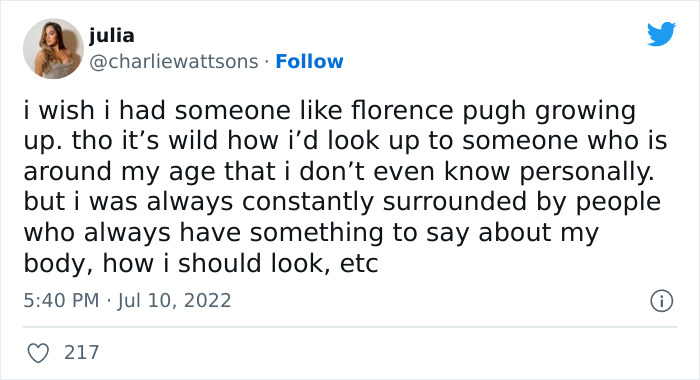 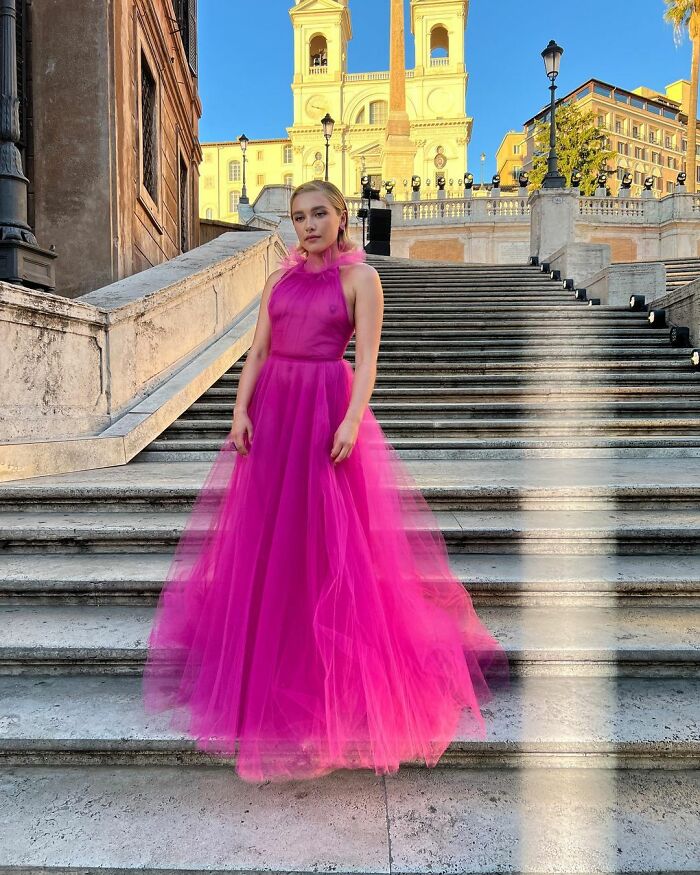 A Twitter user called @charliewattsons, on the other hand, shared how she wished that she had someone like Florence Pugh to look up to while she was growing up.

The woman said that it’s wild how she’s looking up to someone who’s around her age that she doesn’t even know personally. She remarked that she was always surrounded by people who had something negative to say about her body.

It’s extremely unsettling that social media can be both harmful and somewhat empowering – however, if you’re ever feeling low, don’t hesitate to reread Pugh’s #freethenip message to remind yourself of just how much of a strong and beautiful woman you are. 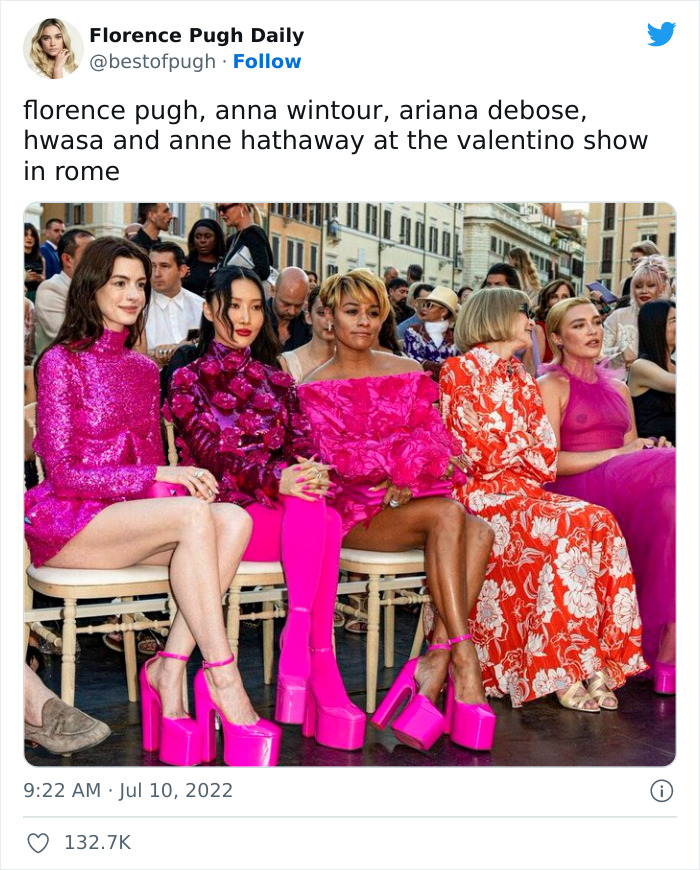 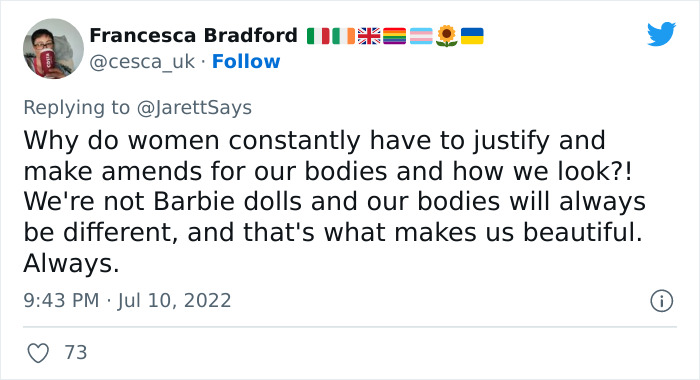 The post Folks Online Criticize Florence Pugh’s Body After She Wore A Revealing Gown, She Claps Back At All The Haters first appeared on Bored Panda.