When it comes to workplace disagreements, employees can often find themselves backed into a corner, with very little power in their hands. It can be extremely frustrating and the unfairness of it all can make your head spin. Knowing the law can help with that.

Redditor u/OneSpookyPotato shared what happened to them when they decided to quit their job a couple of weeks ago. The company they were working at suddenly decided to withhold their final paycheck by reversing the final direct debit deposit. The redditor shared the email they got from their superior, Karen, and also posted the response they sent over on the r/antiwork subreddit.

The former employee tackled all of the accusations their colleague threw at them and explained that they had a kidney infection to deal with, so their priorities were very different. Have a read through the emails below and let us know what you think of the entire situation, dear Pandas. Oh, and no spoilers just yet, but keep in mind that redditor OneSpookyPotato also posted an update to the story and it caught us by surprise.

I reached out to Eddy Ng, the Smith Professor of Equity & Inclusion at Queen’s University, for a comment about what values a great manager has that help separate them from the rest. “In general, there are two modes of leadership—transactional and transformational,” Eddy told Bored Panda that there are different approaches to leadership. You’ll find the full interview below. 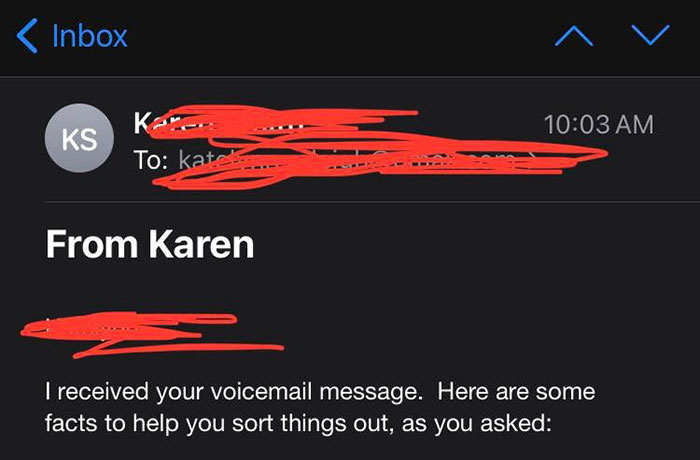 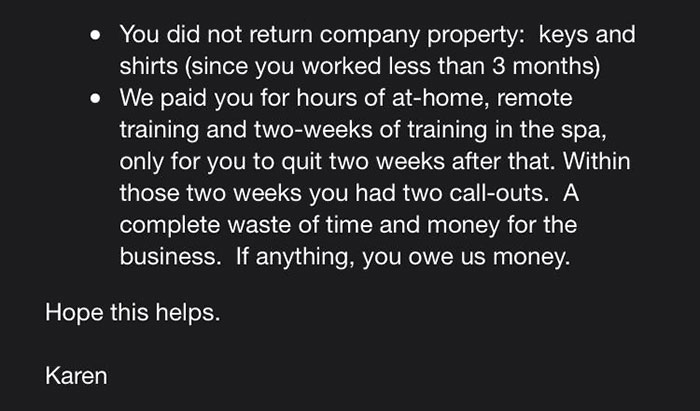 Here’s what they wrote back 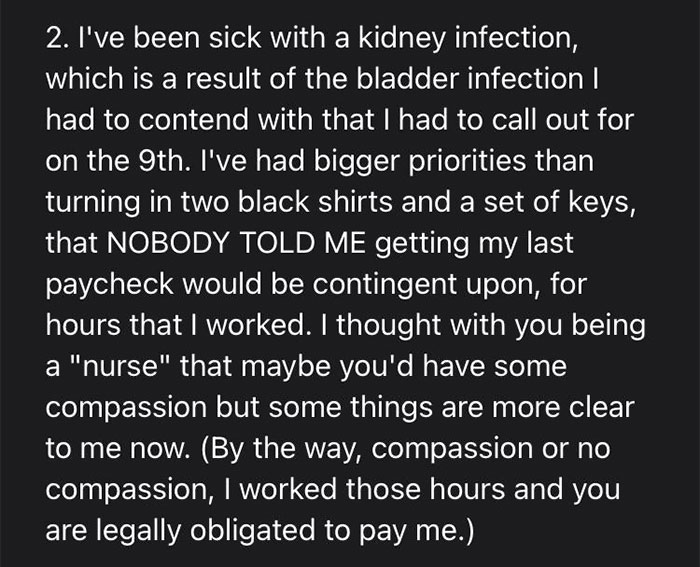 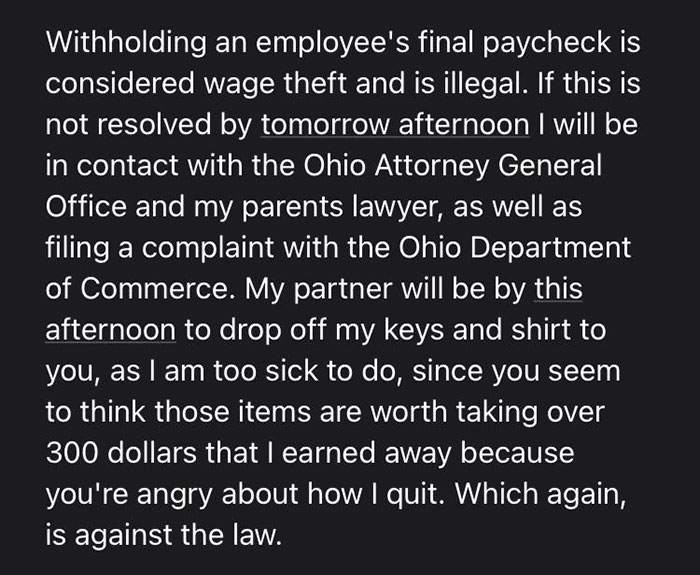 The entire situation was unexpectedly resolved. Here’s what the original poster’s former colleague wrote back

Eddy, from Queen’s University, was kind enough to explain the differences between transactional and transformational leadership. “Transactional leadership is based on exercising bureaucratic authority and legitimate power in the firm. In the case of the manager withholding pay (although illegal), that is definitely a transactional style of leadership, relying on rewards and punishments to influence behaviors,” he told Bored Panda, referring to the manner in which the superior behaved in the redditor’s story.

On the other hand, transformational leaders embody the four values of idealized influence, inspirational motivation, intellectual stimulation, and individualized consideration. In short, managers who go for this type of leadership approach are more supportive of their colleagues. “In this regard, transformational leaders provide support and encouragement to employees. They tend to influence employee behaviors by positively motivating them. Good managers tend to practice a transformational style of leadership,” Eddy said.

According to the management expert, some ways to build solid relationships and trust with employees would be for managers to show genuine empathy and concern for them. Again, that’s more transformational style leadership in play here. “In this fashion, employees will be more likely to open up and share work and personal concerns with managers. Regularly conducting anonymous employee surveys, albeit more formal, can also help managers troubleshoot employee grievances.”

We believe that what truly turned the tables for OneSpookyPotato was their spot-on knowledge of the law. They threatened their former employer with legal action and mentioned that they’d be filing a complaint with the Ohio Department of Commerce. “Withholding an employee’s final paycheck is considered wage theft and is illegal,” the redditor wrote in their email to their former colleague, Karen.

According to the US Department of Labor, it depends on the state you live in whether your employer does or does not have to provide you with your final paycheck immediately.

“Employers are not required by federal law to give former employees their final paycheck immediately. Some states, however, may require immediate payment. If the regular payday for the last pay period an employee worked has passed and the employee has not been paid, contact the Department of Labor’s Wage and Hour Division or the state labor department,” the DoL explains. What’s more, the DoL has various mechanisms in place that help former employees recover back wages.

Ohio employers can’t withhold final paychecks unless authorized by law “or for uniforms, drug testing, or other tools,” Law info explains. What’s more, any deductions from the paycheck (if any) can’t make the employee’s wages fall below minimum wage.

And here’s how people reacted to the work drama online 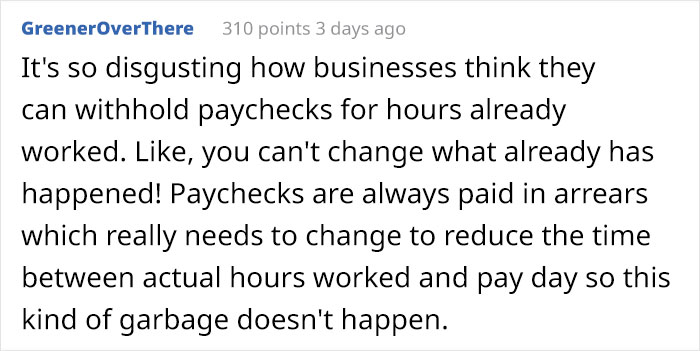 The post Former Employee Confronts Their Workplace For Not Paying Them Their Last Paycheck, Receives An Angry Email first appeared on Bored Panda.