As much as some of us love to prepare for Christmas and spend quite some time decorating our home, not everyone might feel the same enthusiasm when it comes to waiting for the holidays. One such situation was shared by Reddit user @Alternate_chaos5150. The man lives in a neighborhood that has a homeowners’ association (HOA). The reason why he decided to share his story is that he finds it fun to decorate his property for the holidays by putting up Christmas lights. However, this wasn’t liked or appreciated by some of the members of the HOA. 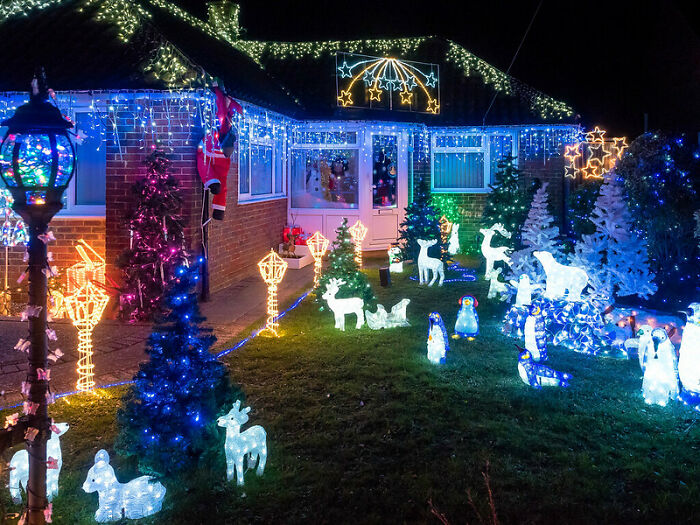 Image credits: chas B (not the actual photo)

The Reddit user started his story by stating that it wasn’t the first time he has experienced confrontation with the HOA, since he is not a part of it and so he doesn’t have to comply with their rules. The narrator revealed that he’s been living in this neighborhood since before this group was even formed. However, this didn’t stop one of the members from complaining about him putting up his lights too early and putting up too many of them.

A Reddit user decided to share the situation he encountered with one of his neighbors, who is a HOA member 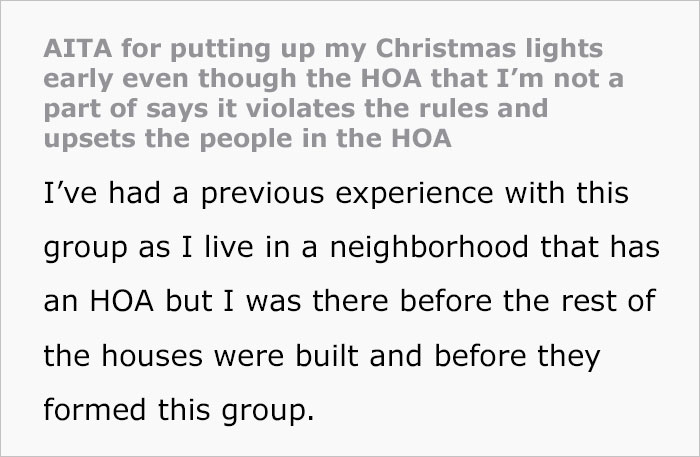 A homeowners’ association is created to provide residents with the opportunity to become a part of the community, help them with various problems, and keep an eye on common properties. Usually, there is a set of rules the members of the association have to follow. In this particular case, the narrator mentions that this HOA has rules on how many lights its residents can have as well as when they can put their lights up. 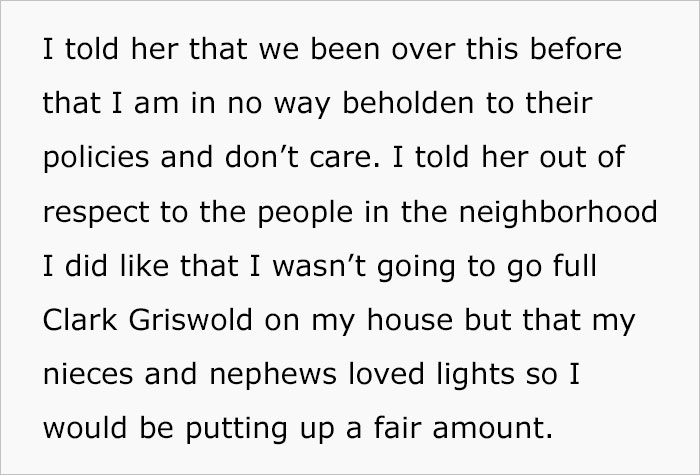 Since the man isn’t an HOA member, he declined to comply with the association’s rules 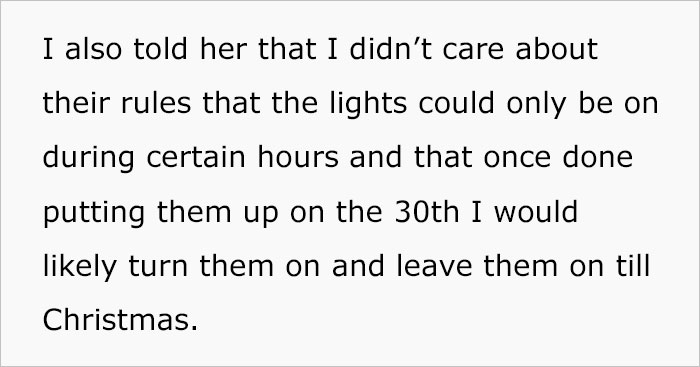 Despite the HOA being “upset” with their neighbor, the user said he didn’t agree with minimizing the number of his Christmas decorations as his nieces and nephews love it. Their conversation ended with him asking her to leave his property and assuring her that he has no intention to follow their HOA rules. However, this situation made him ask people on the internet to share their thoughts on whether it was right of him to act this way. 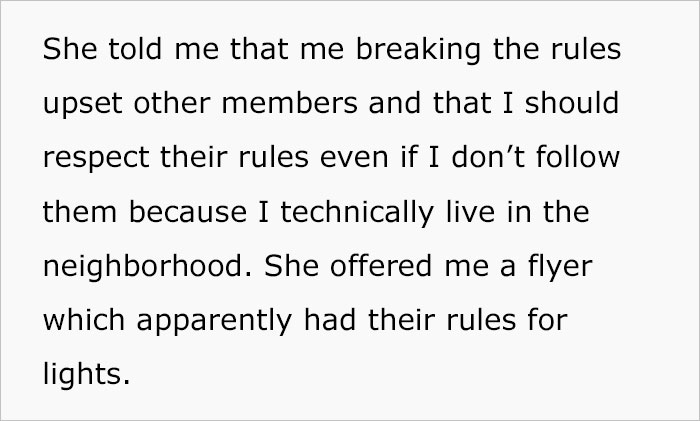 However, this situation got him thinking that maybe he went too far, so he asked people online if he was right to stand his ground

A lot of people online were saying that his reaction was valid and that he has all the rights to decorate his property the way he wants to because he doesn’t belong to this association. Some of the users tried to explain the member’s behavior by saying that maybe she acted this way because she understands that for her, it’s necessary to comply with these rules, whereas her neighbor has complete freedom.

What is your opinion on this matter? Don’t forget to leave your thoughts in the comments down below!

Users were quick to agree with the man, stating that these rules don’t apply to him 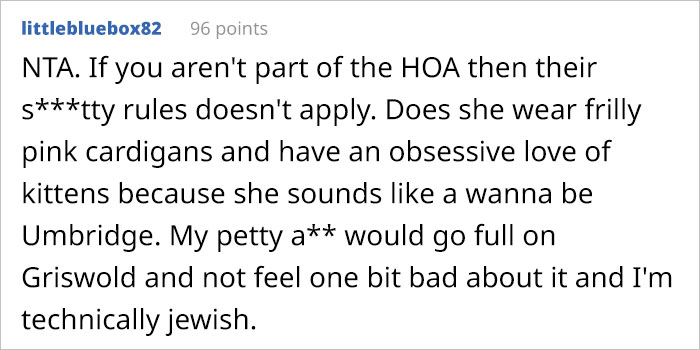 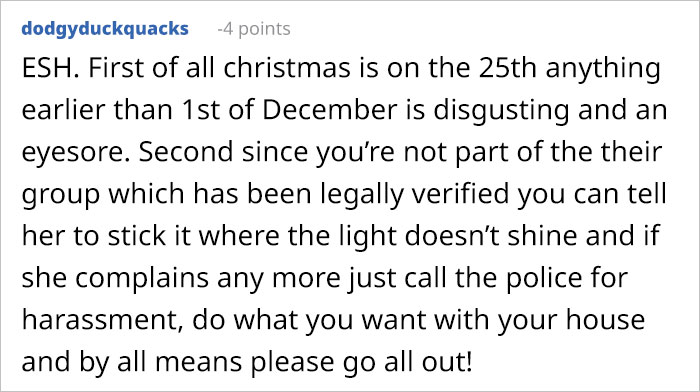 The post HOA Tries To Impose Christmas Light Rules On This Guy Who Doesn’t Belong To The Association, He Isn’t Putting Up With It first appeared on Bored Panda.