Rising rent prices (alongside gas and food) have a lot of people worried. So it comes as no surprise that some folks want to mitigate the extra expenses. While some opt for cutting back on what they spend elsewhere or look for better housing deals elsewhere, others take a slightly… greedier approach. Have you ever heard of someone asking a family member to pay in order to housesit for them? No? Well, buckle in, Pandas—you’re about to.

A redditor turned to the AITA subreddit for their verdict on whether or not they were right or wrong to refuse to housesit for their sister. Housesitting usually entails taking care of the home and making sure nobody breaks in and watering the plants (who may or may not get their first taste of water that year). What housesitting certainly is not is having to pay the owner rent for the privilege of doing them a favor.

However, that’s exactly what the redditor’s sister demanded of them. She was even willing to slash the market rent price a bit for the sake of family. Ridiculous? Market-savvy? Read on for the full story and tell us what you think in the comments, dear Pandas.

When a relative asks you for a favor, the last thing you’d expect is that they want to charge you for your altruism 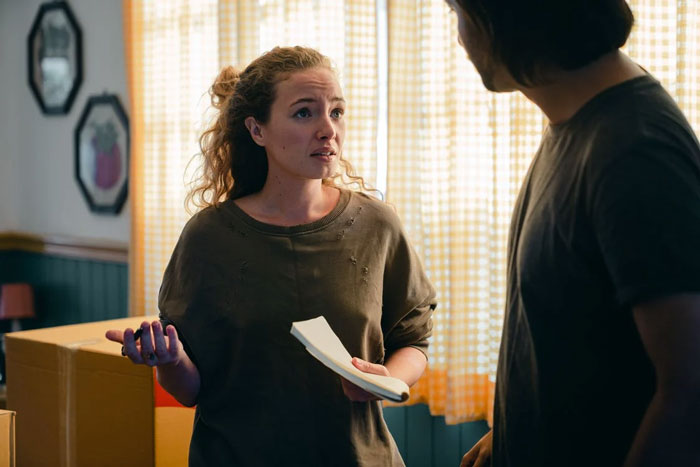 A redditor shared with the AITA subreddit how their sister tried to charge them rent in order to housesit for her. Here’s the story, in full 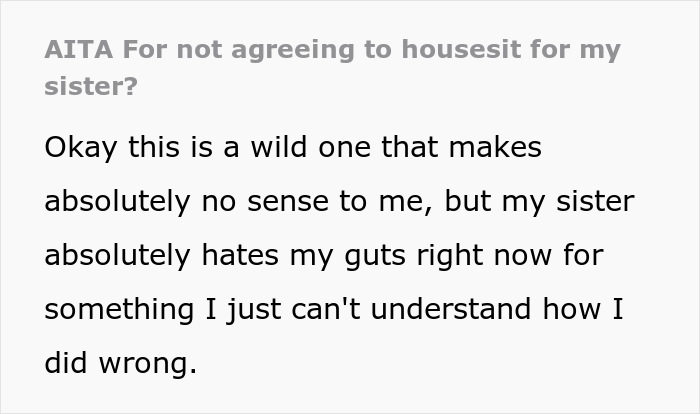 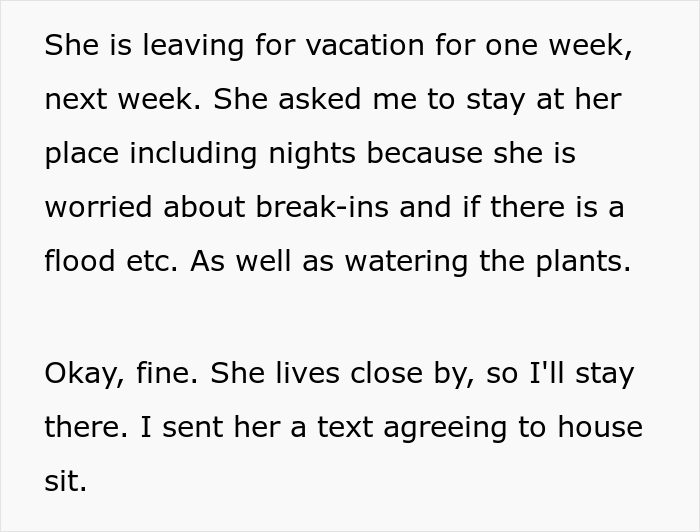 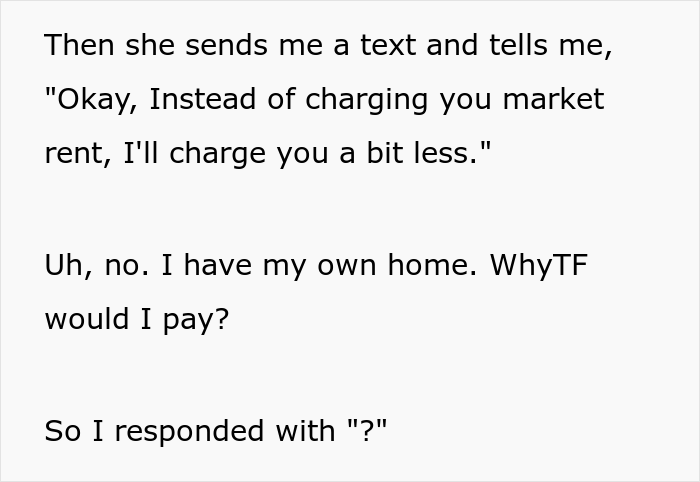 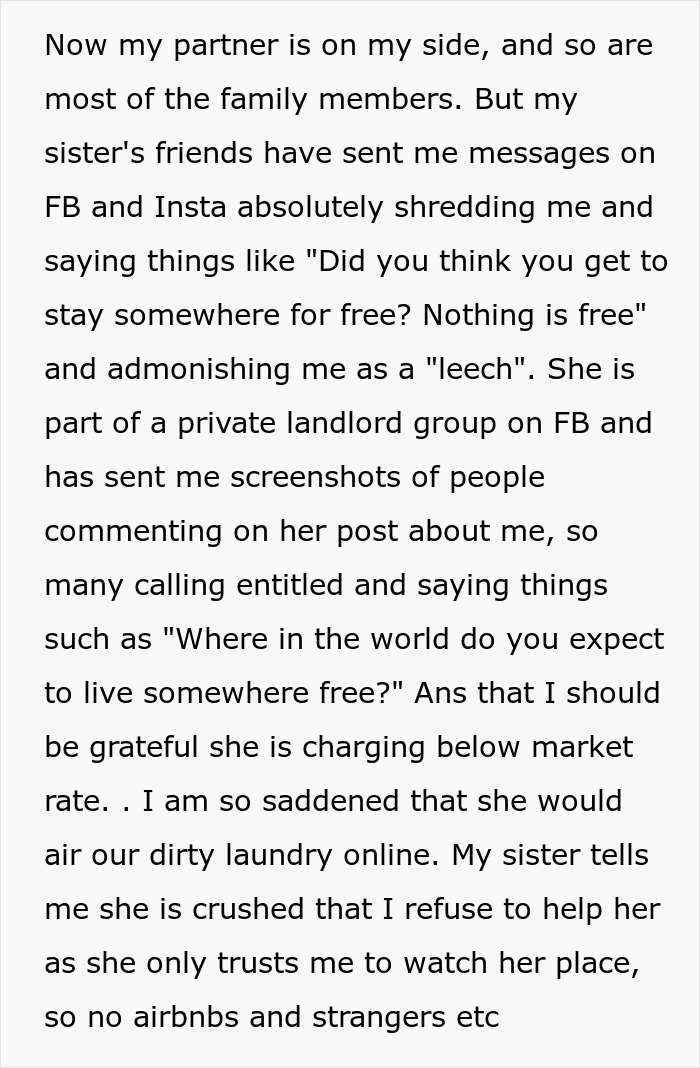 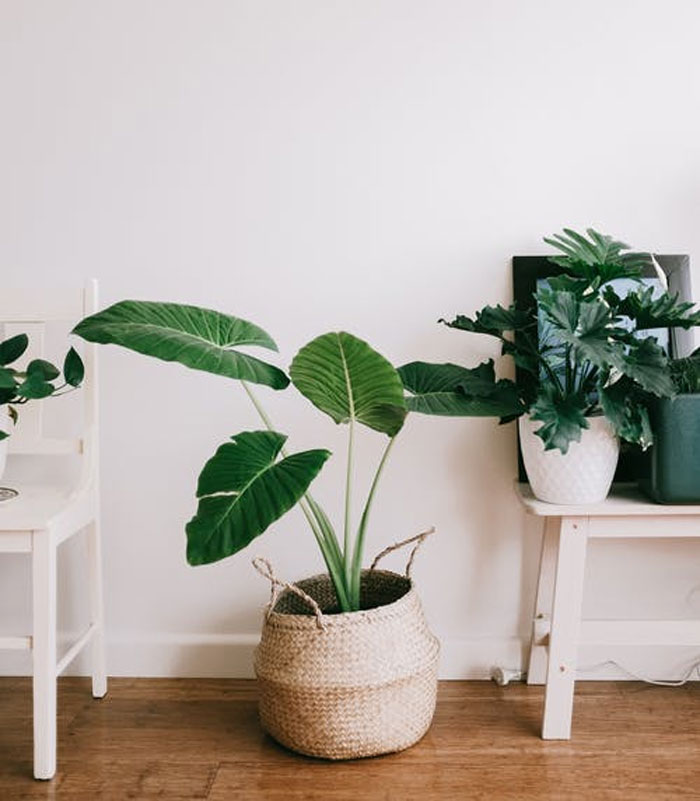 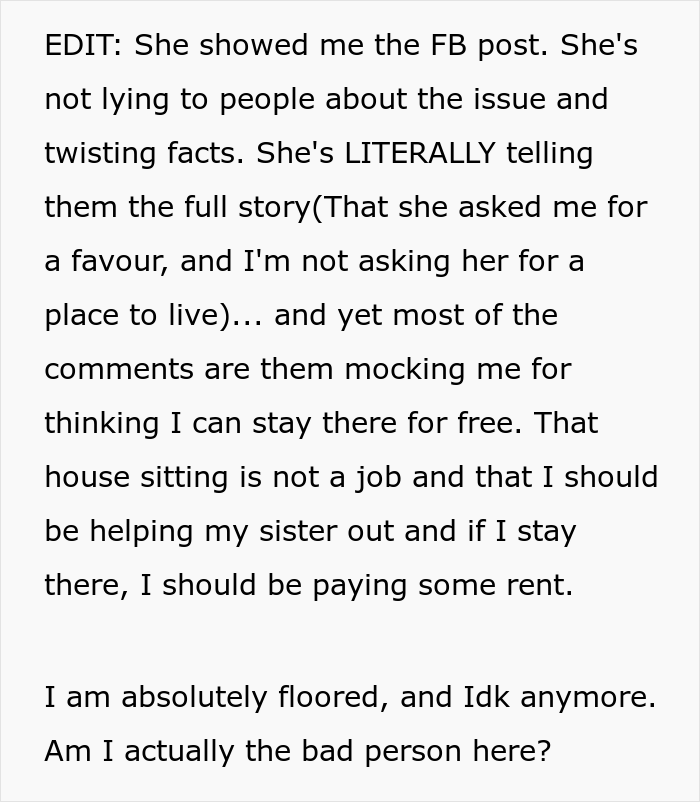 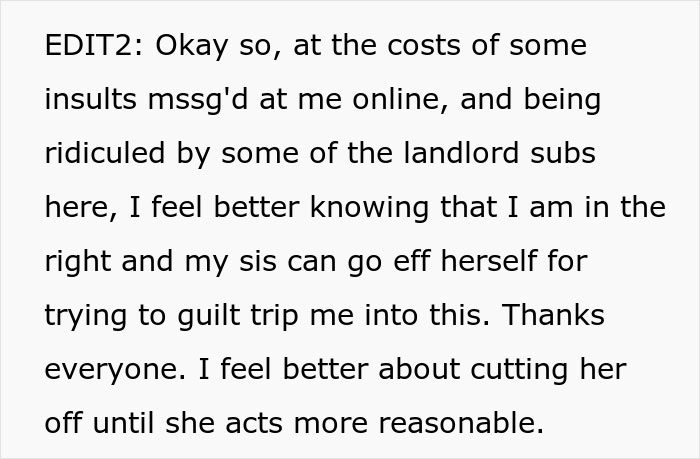 The vast majority of internet users are (obviously) siding with the redditor. However, the scary thing is that there are quite a few landlords over on Facebook who support the sister’s perspective that there’s no such thing as living for free. They actually called the redditor a ‘leech’ for refusing to pay to housesit.

We’re not entirely sure if the morals of society and common sense suddenly changed or if some social media groups just live in tiny echo chambers. It’s probably the latter, right? Look, it’s totally fine to be rational, financially literate, and economic in how you live life. Heck, these are all great qualities to have. But when you start breaking apart familial bonds for the sake of a small pile of cash, things start to look like we really are living in a Clown World.

However, it’s understandable that some people might be in full panic mode because of what’s happening to the economy. Rent prices are through the roof. CNN Business reports that rents in Manhattan hit a record high in May “for the fourth consecutive month.”

“Median rent for an apartment in Manhattan climbed to $4,000 a month in May, surging 25% from a year ago,” CNN reported the findings from the brokerage firm Douglas Elliman and Miller Samuel Real Estate Appraisers and Consultants. The situation will likely get even worse, as summer gets underway.

“This is a market that has been pressed to the ceiling. On top of that, the expectation is that new leasing will peak in August, which is expected to keep upper pressure on prices in the near term. I’m not sure how long this lasts after that, because at some point, for affordability, the math just doesn’t work,” Jonathan Miller, president and CEO of Miller Samuel, told CNN.

Things aren’t all that better across the pond, in the United Kingdom. One renter, mother of one, Amy Jones, told the BBC that she’d asked her landlord to evict them so they could be considered for social housing.

The desperation is real. Some Brits are paying dozens of months of rent in advance and offering to pay more cash each month just to secure accommodation.

Quite a few people were shocked by what happened. Here’s what they said about the sister’s point of view 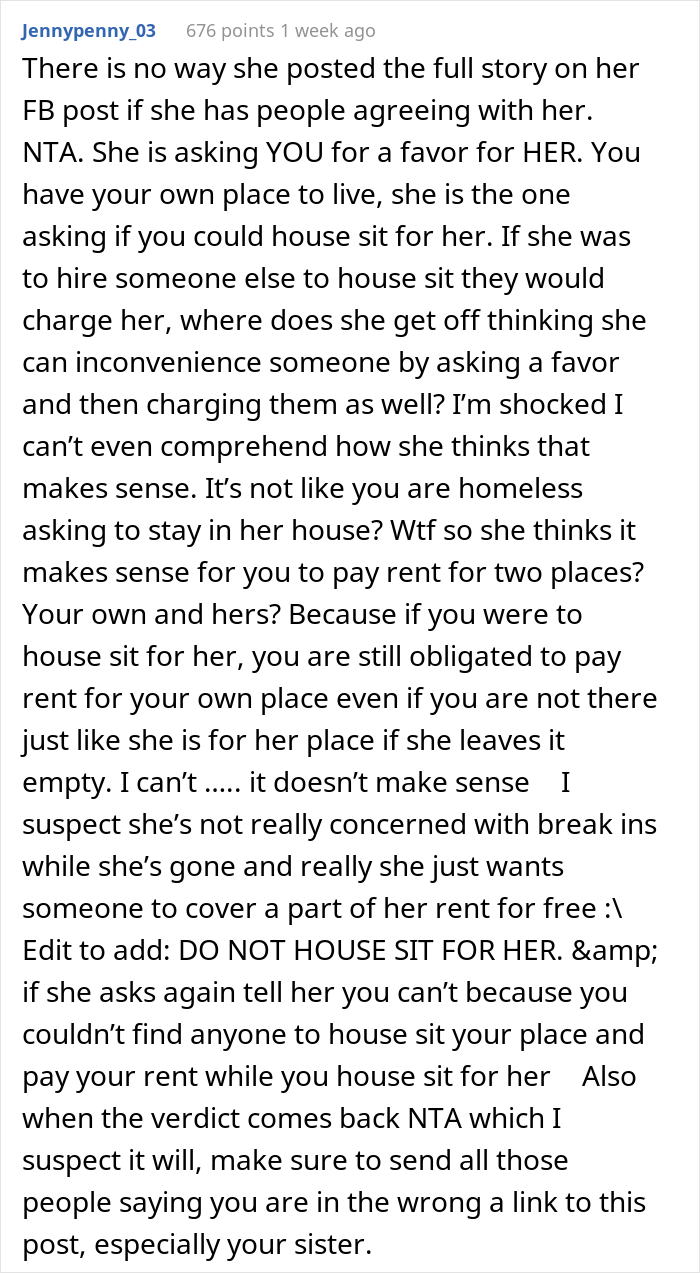 The post “I Am Absolutely Floored”: Person Is Shocked That Their Sister Planned To Charge Them Rent For Doing Them A Favor By House-Sitting first appeared on Bored Panda.