The term “terrible twos” has been used to describe the rapid shifts in a child’s mood and behaviors — and the difficulty of dealing with them. One minute they might be clinging to you, and the next he or she is running in the opposite direction without looking back.

While these changes are a normal part of child development (two-year-olds undergo major motor, intellectual, social, and emotional changes), they can be very challenging to deal with.

Mother and TikTok user @mustangashley9 got to experience it firsthand. In one of her recent videos, she described the time when her youngest kid decided to “explore” the world on his own. In the middle of the night.

In her now-viral TikTok video, this woman described the craziest thing that has happened to her as a mom 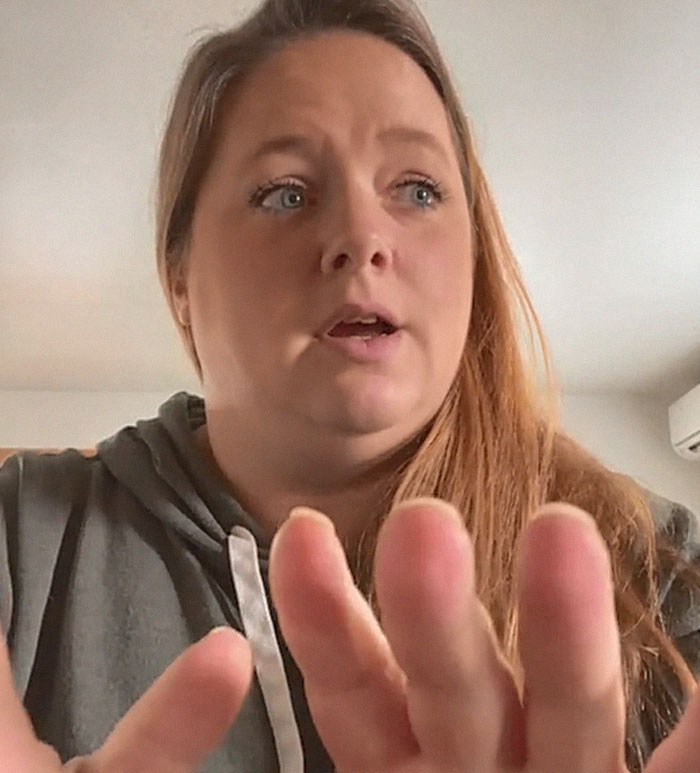 And it all started on a seemingly usual night, after she put her kids to bed 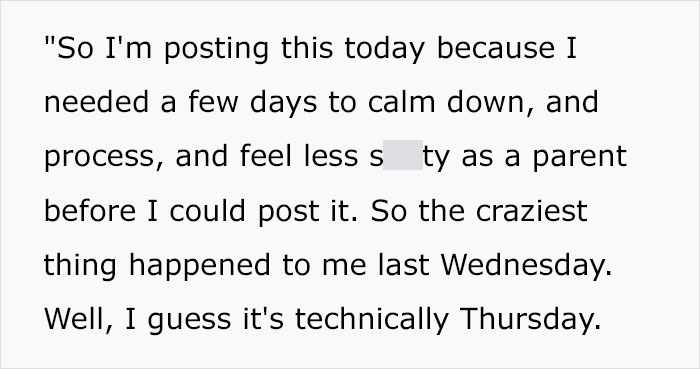 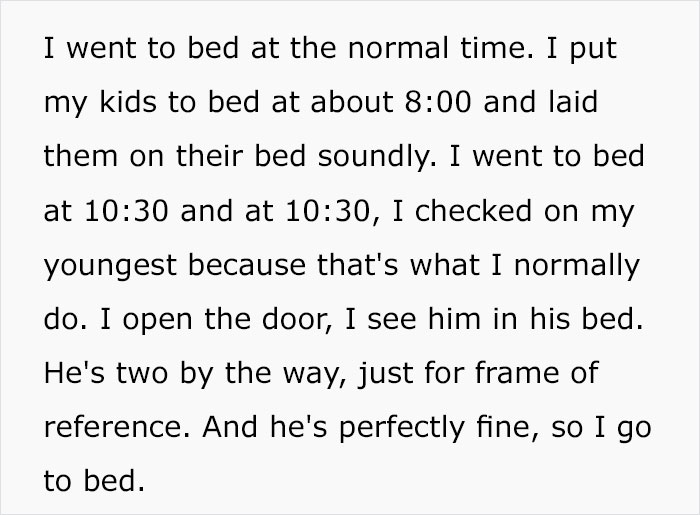 Her sleep was suddenly interrupted by police officers 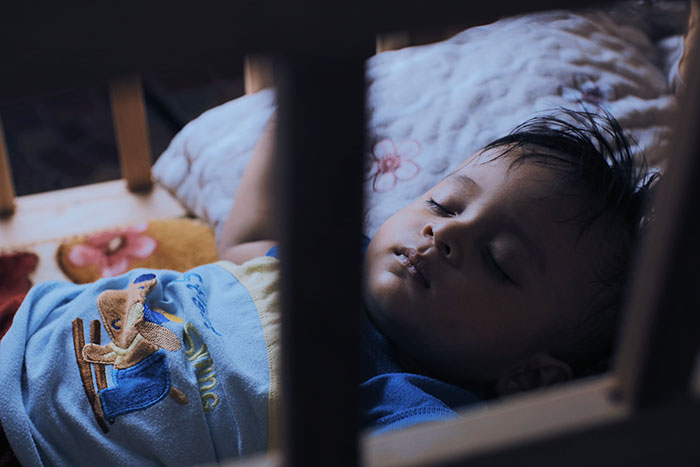 Image credits: Nothing Ahead (not the actual photo) 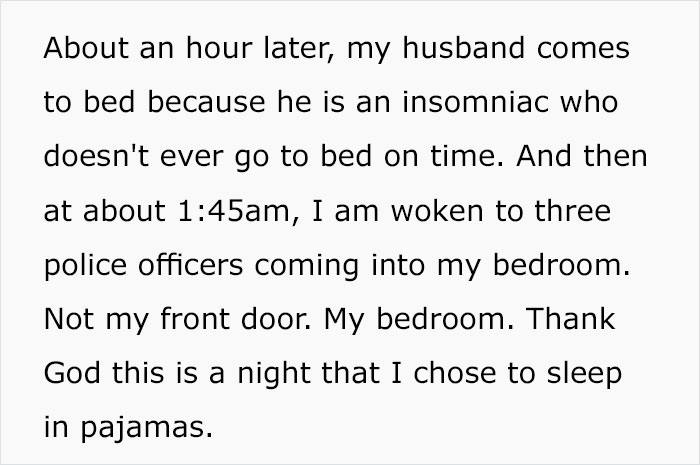 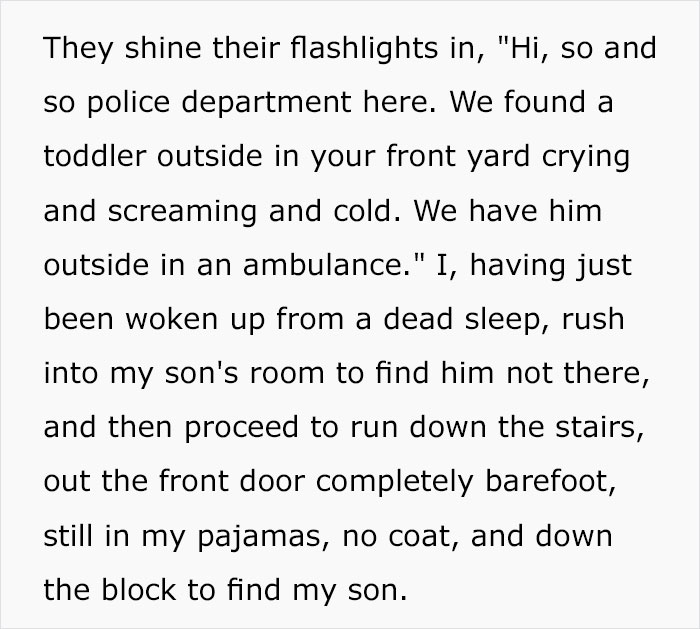 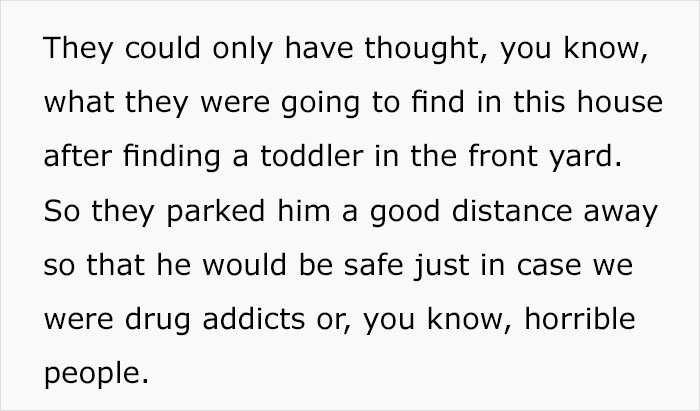 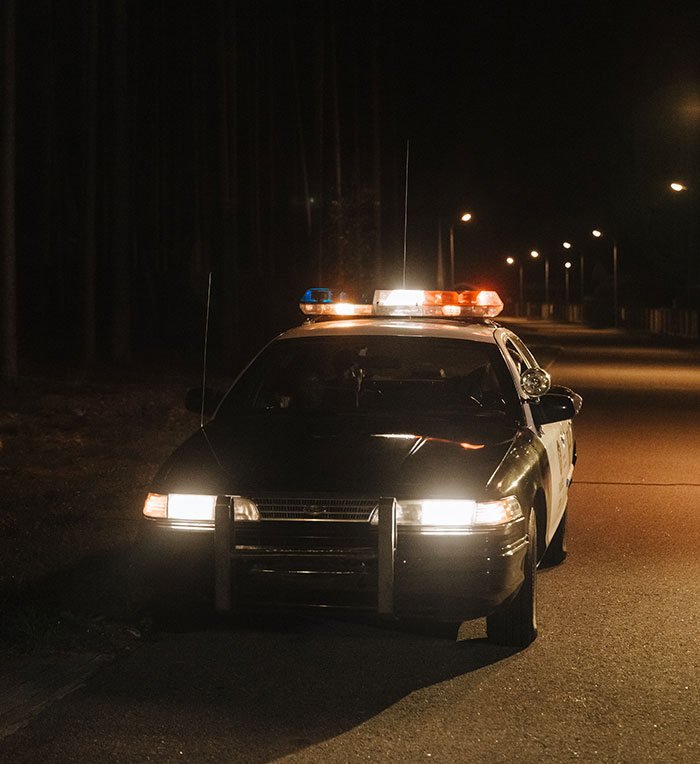 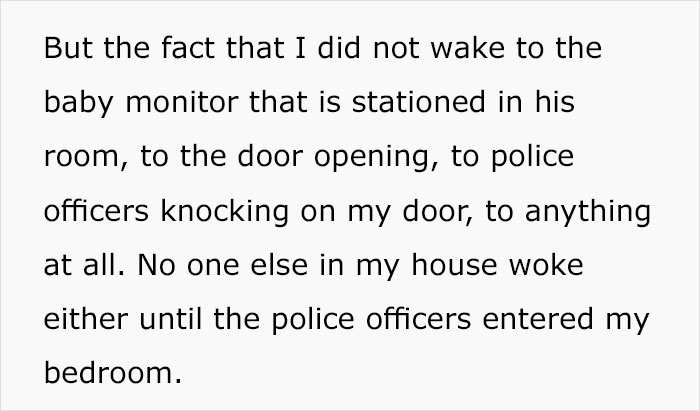 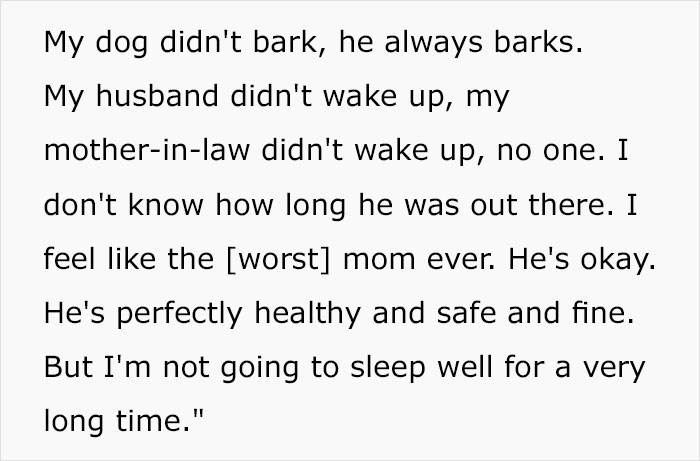 The woman is still processing the scary experience

@mustangashley9Horror story of the year! Childproof your life people cause toddlers are savage♬ original sound – Mustangashley9

But people have been saying that it’s not her fault, highlighting that toddlers are true escape artists

The post “I Don’t Know How Long He Was Out There”: Police Inform Mom Her Toddler Escaped In The Middle Of The Night first appeared on Bored Panda.