As an industrial designer and UX designer from South Korea, Minwook Paeng has already worked for that country’s most well-known brands: Samsung, LG Electronics and Hyundai. But nowadays Paeng is in London, pursuing his Masters in Innovation Design Engineering at the Royal College of Art. His recent student project, Third Eye, demonstrates the sense of humor he’s picked up from living in large cities. 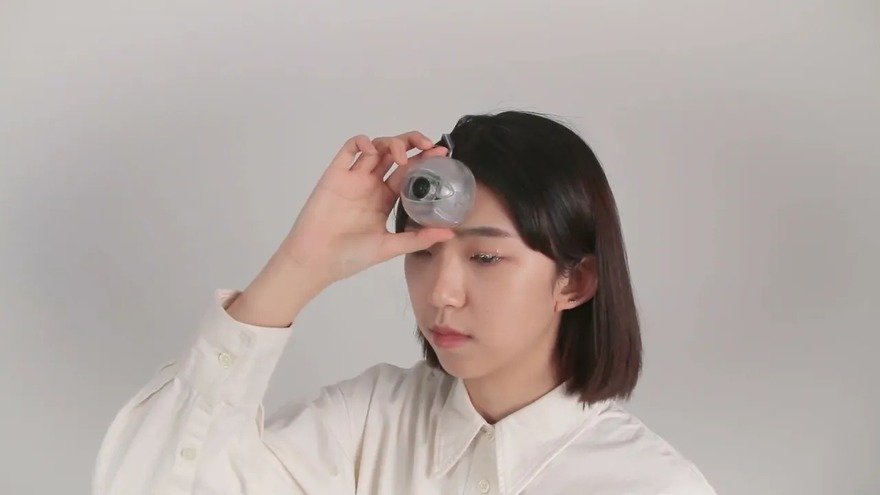 In both Seoul and London, Paeng observed the common site of pedestrians walking around with their noses buried in their phones. He refers to them as phono sapiens, characterized by “their forward-leaning neck vertebrae resulting in the dreaded turtle neck syndrome.” Third Eye is designed to provide them with a tech-based evolutionary feature. 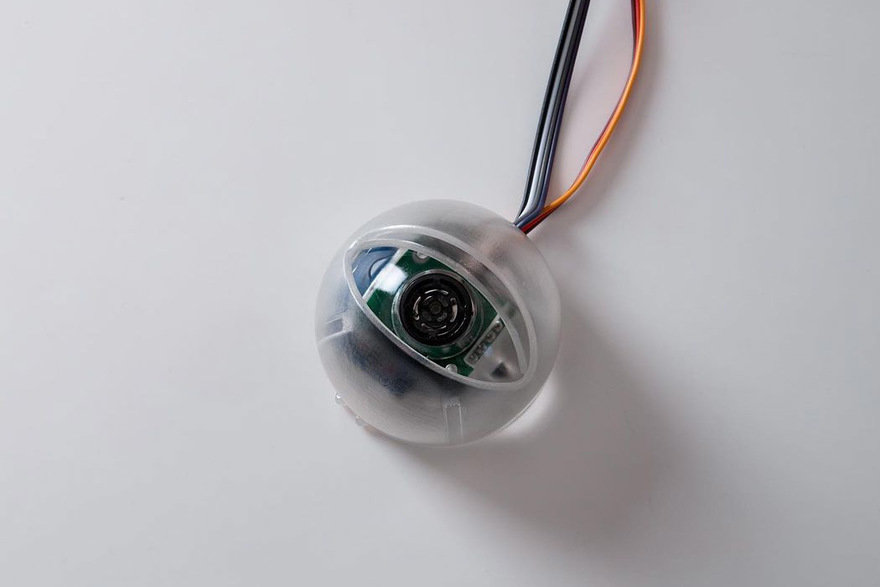 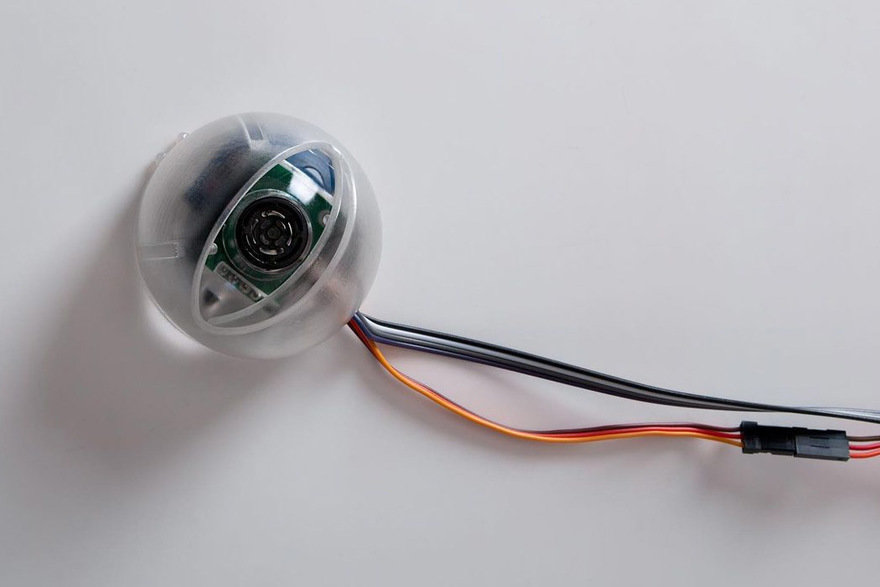 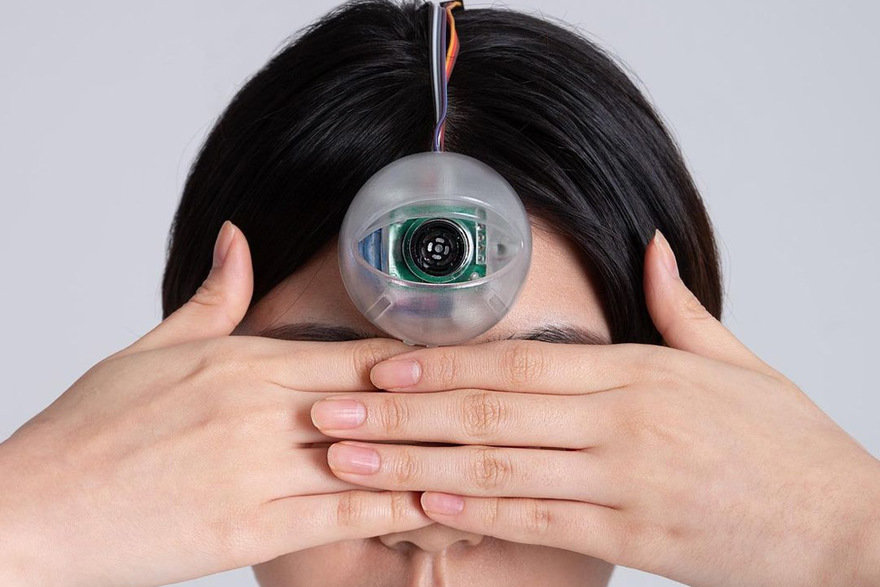 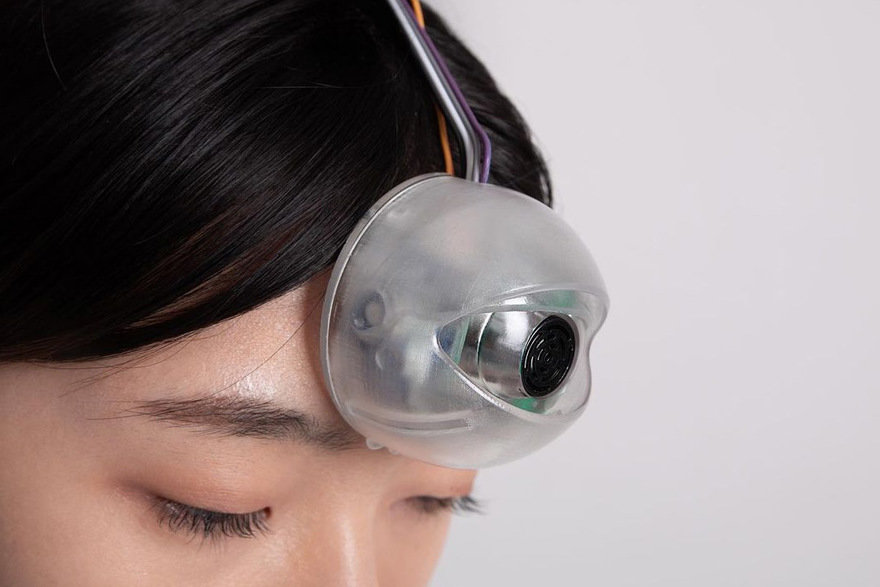 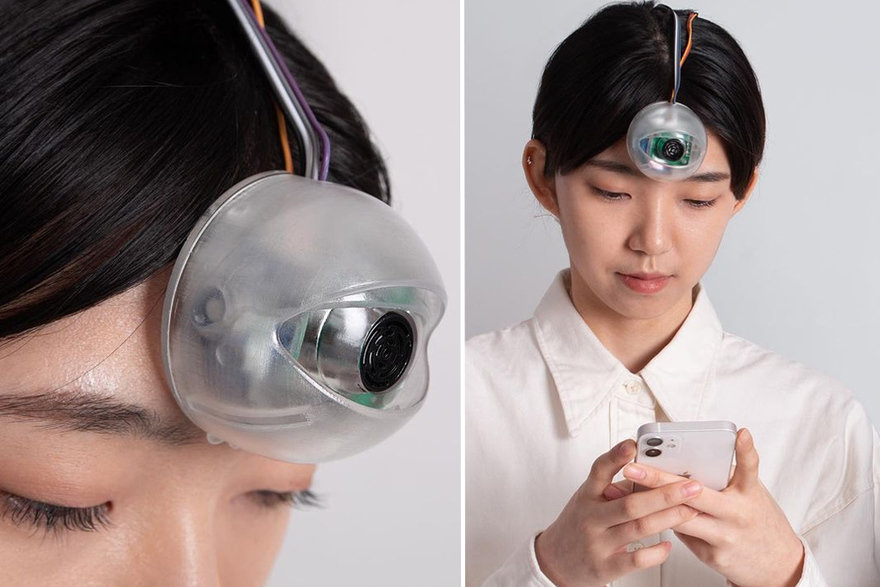 A sensor on the wearable detects when the wearer’s head is tilted downwards, which prompts the eyelid on the housing to flip open and the camera to turn on. It scans for obstacles in front of the wearer, and triggers a warning buzz when the wearer’s path is about to intersect with it.

“The smartphone,” says Paeng, “has permeated into modern life so deeply that it’s impossible to deny the evolution of phono sapiens.”