The 39 year old Spanish artist Ruben Sanchez aka ZOONCHEZ, brought a touch of sunshine to the city of Mannheim, Germany. Not just as his home is sunny Spain, but with his good mood and positive outlook, he left a warm mural behind on the streets of Neckarstadt-West for the Montana Cans 2019 Stadt.Wand.Kunst (SWK) festival.

His mural titled “Intercultural Balance” is far from just a pretty picture. Everything has a purpose or an alternate meaning asside from aesthetics. “We are walking backwards” Sanchez said, as he refered to the current state of European right wing political tendancies.

The artists feels that balance is the ingrediant that is missing, thus the focal point of his mural. Nothing says balance and harmony as well as a band, which is why instruments and figures playing them have been used. In a band everyone has a specific and independent role to play in the greater good of the music. The use of the bicycle motif explores the idea of going in one direction, together. Something that is not always happening politically or culturally in Europe at the moment. Regardless of if you want to read greater meaning into the work, or simply enjoy it’s warmth and positivity.

“Multicultural Balance” is a breath of fresh air to the street scapes of Mannheim that will shine and illuminate the local Mannheim residents and passers-by for many years to come. If you can’t make it to SWK to see for yourself, then take a look here at the finished work. 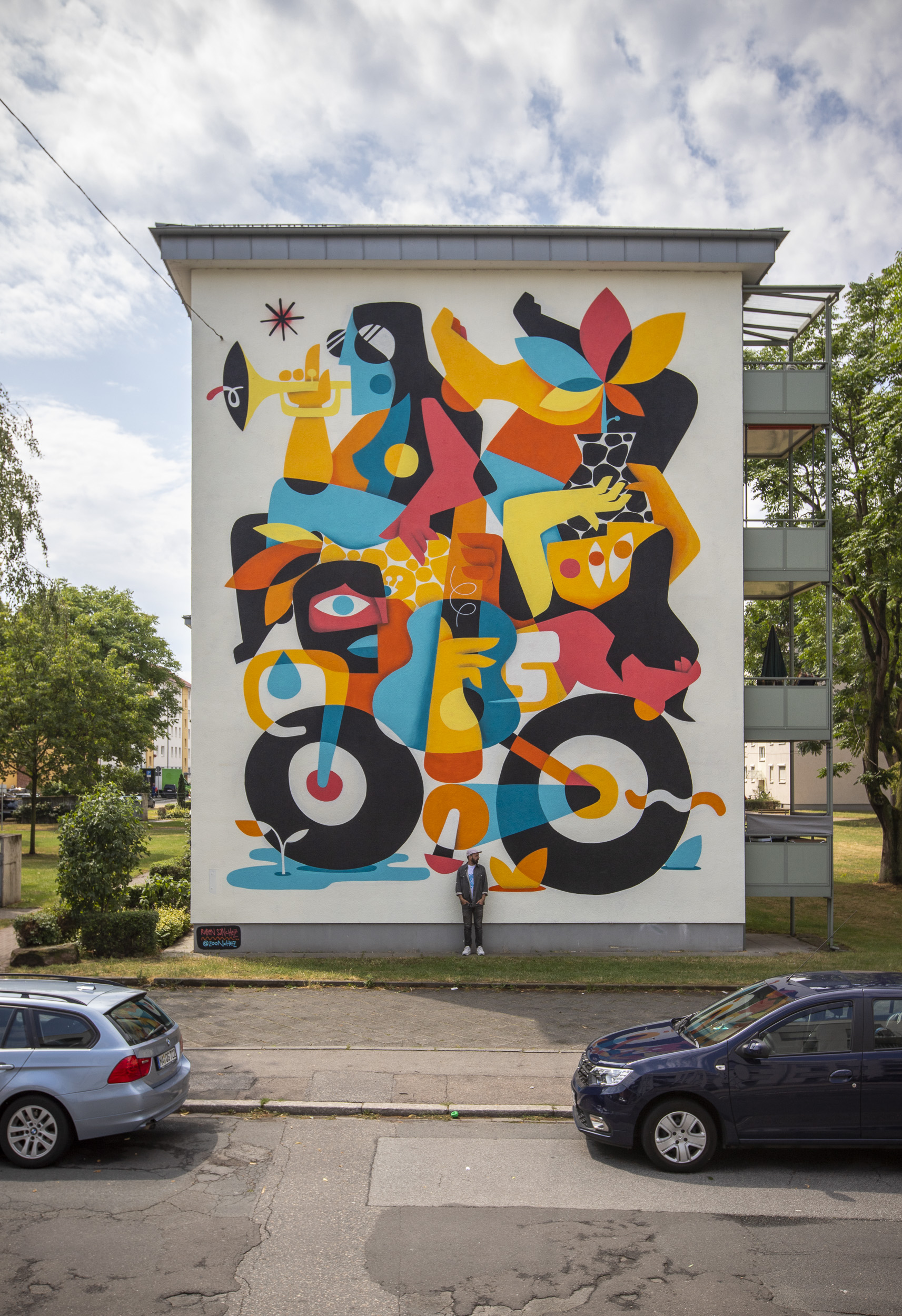 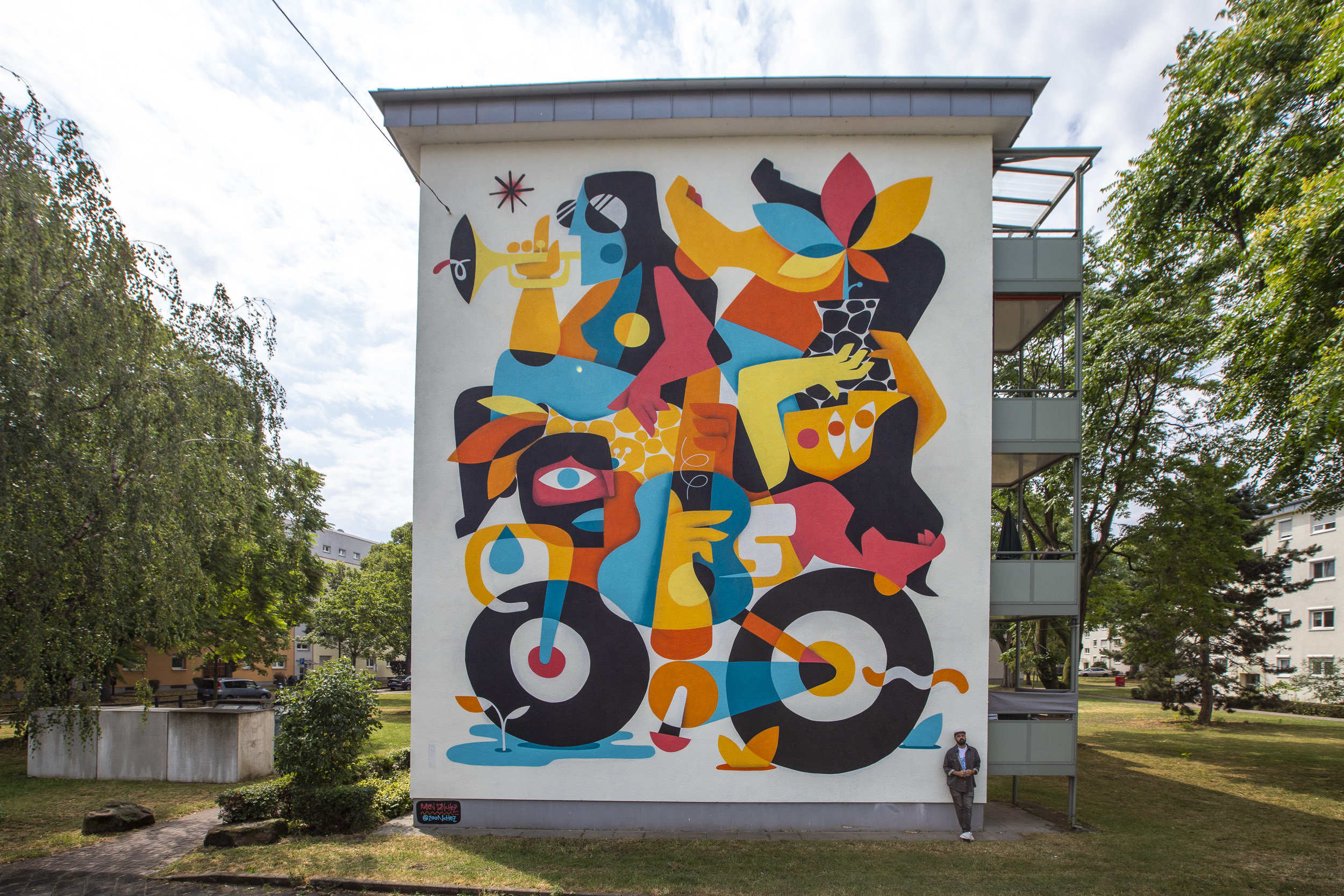 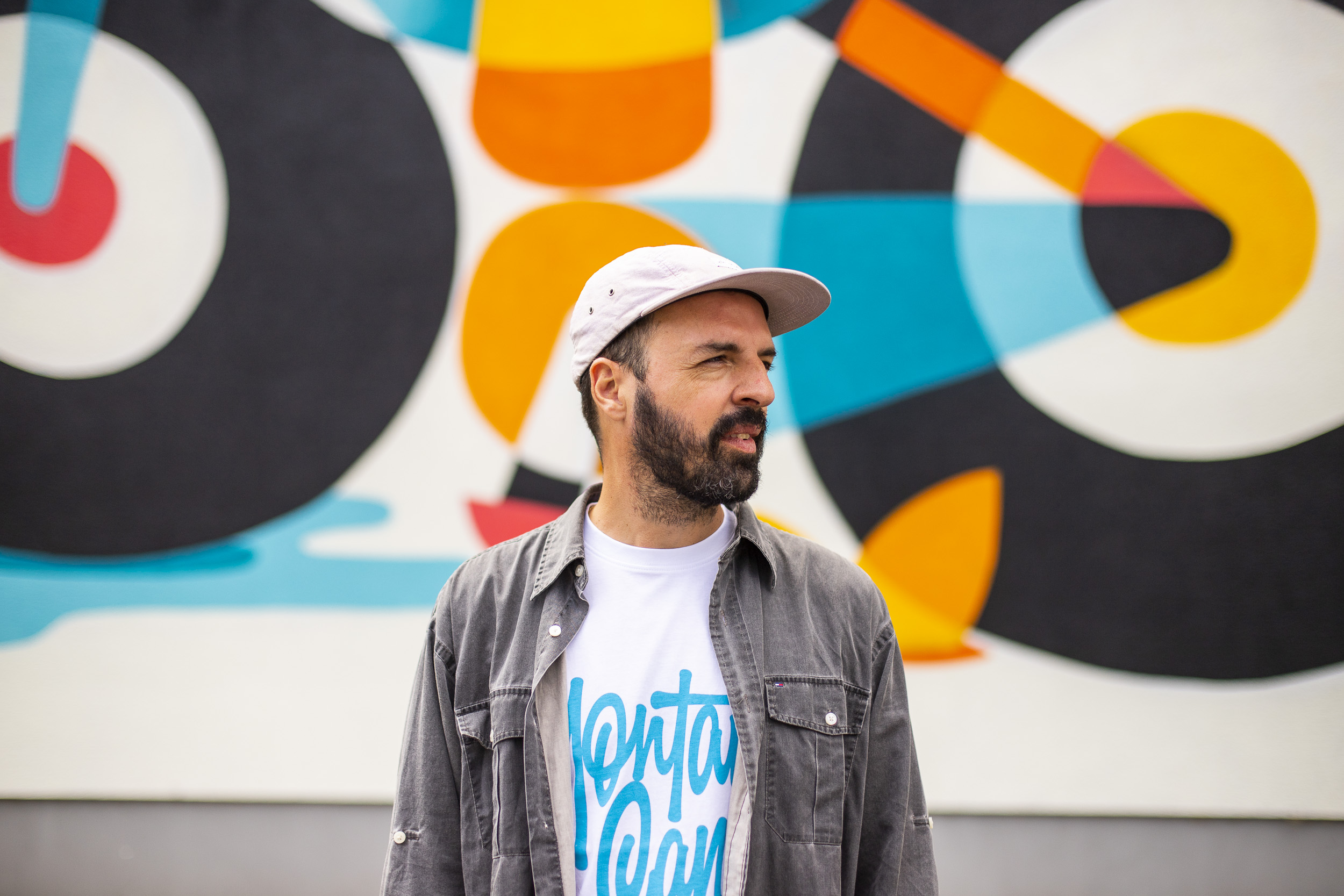 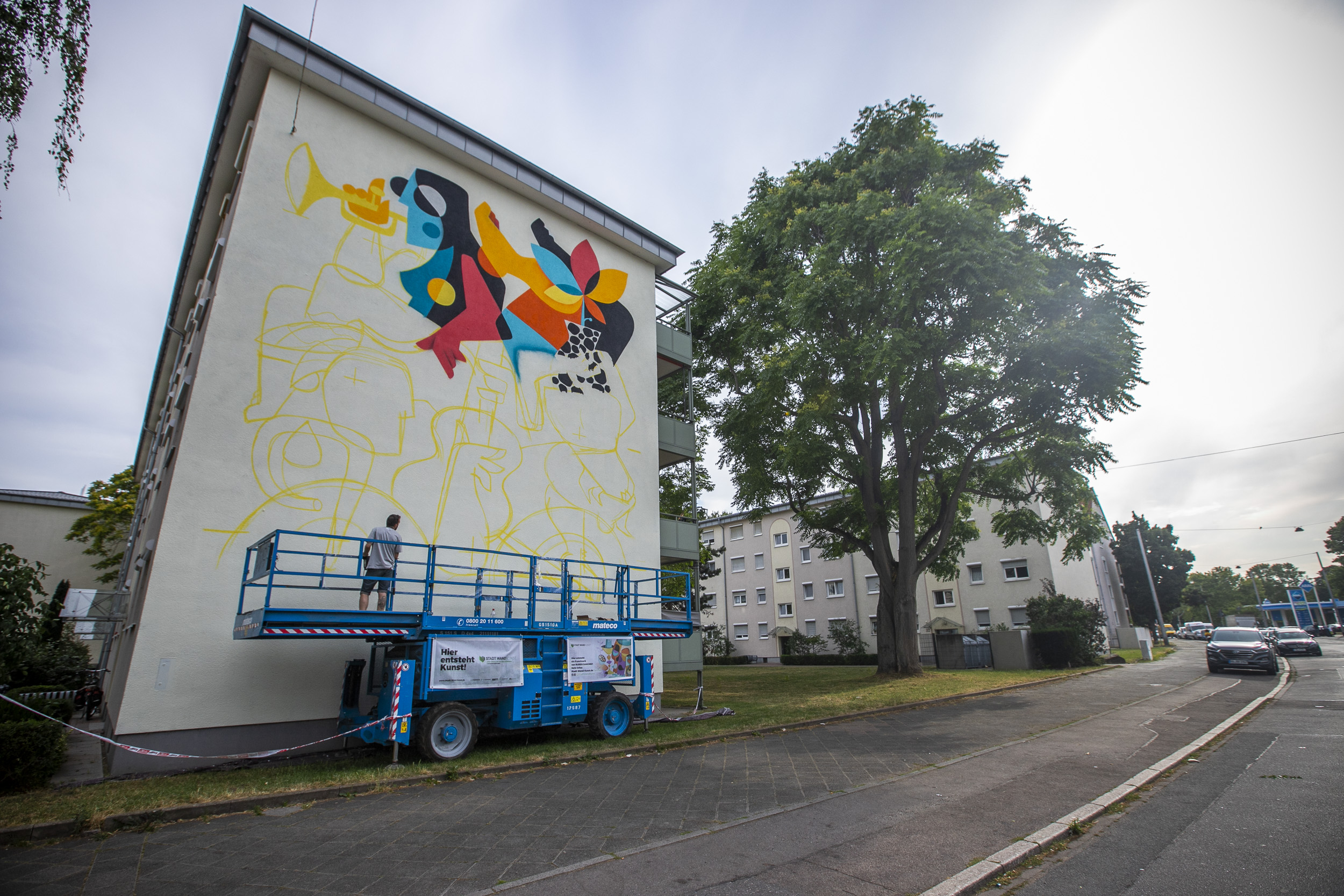 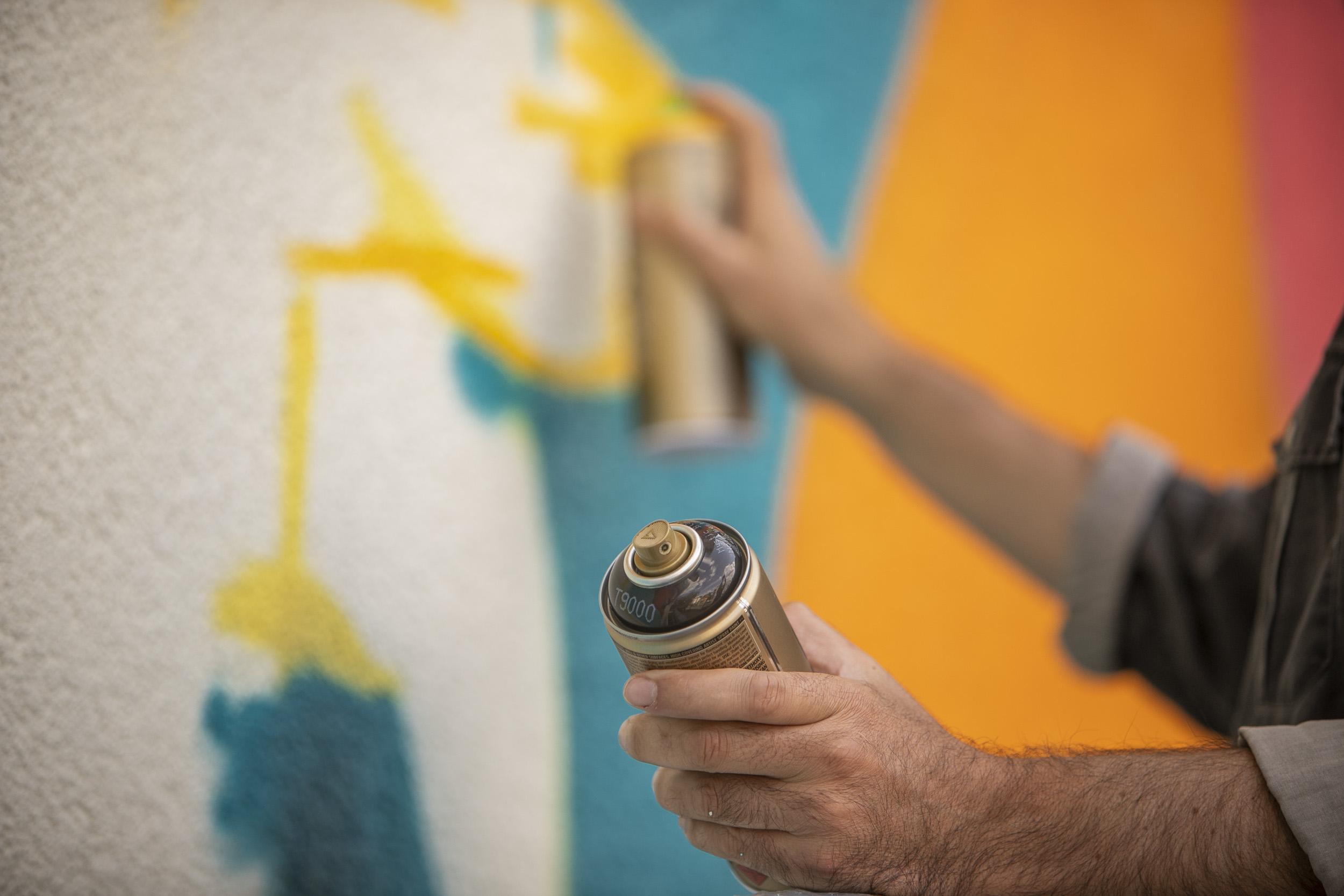 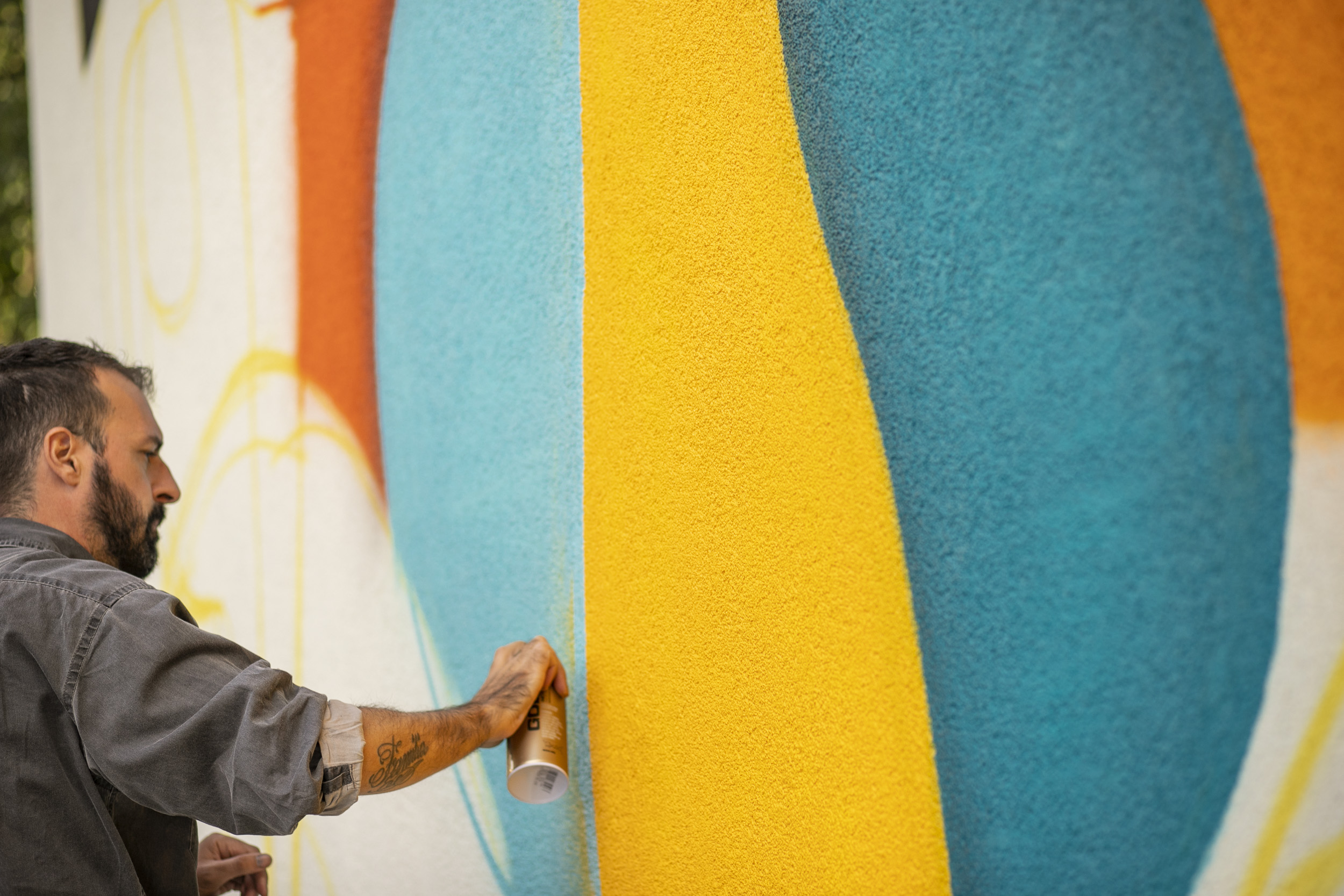 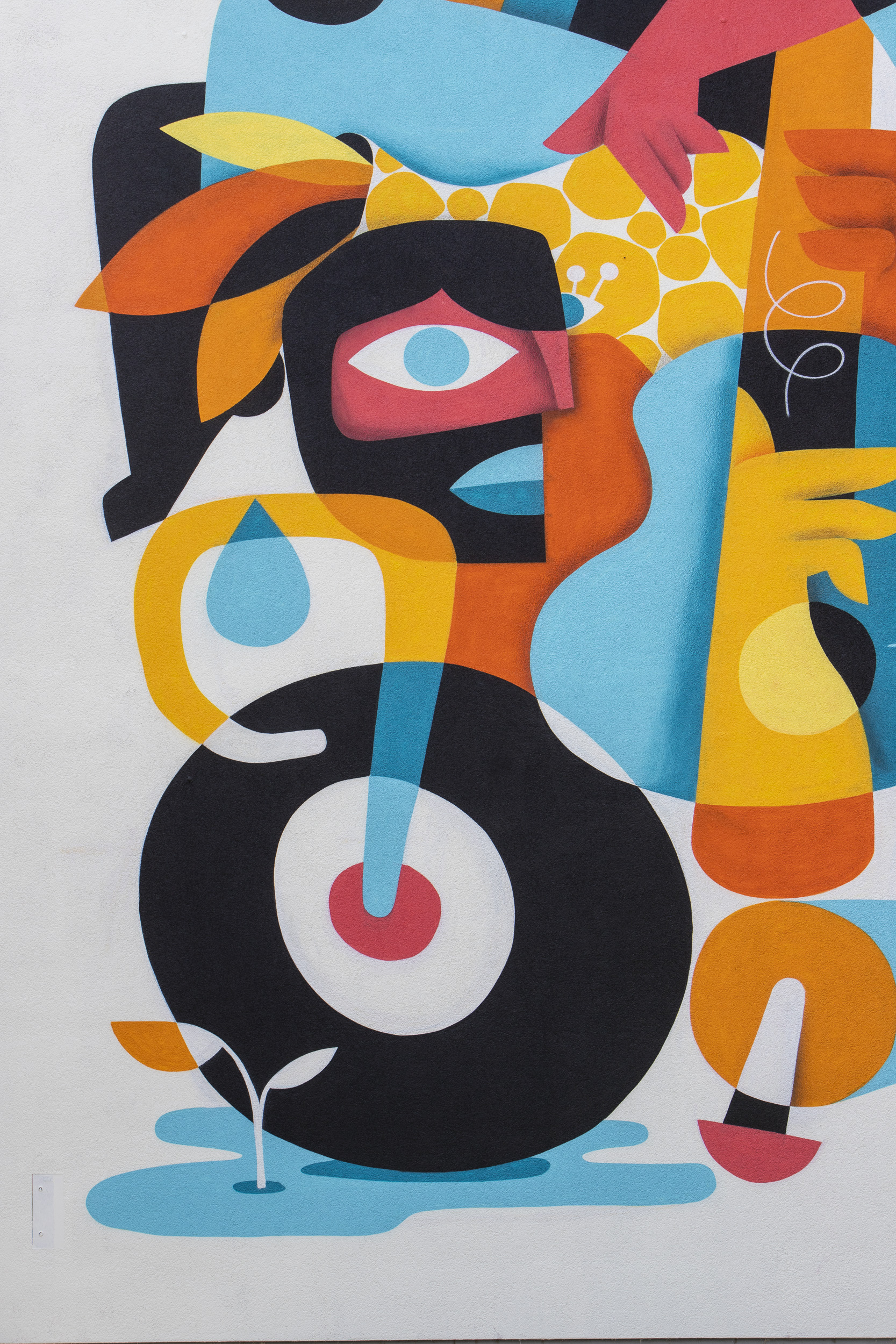 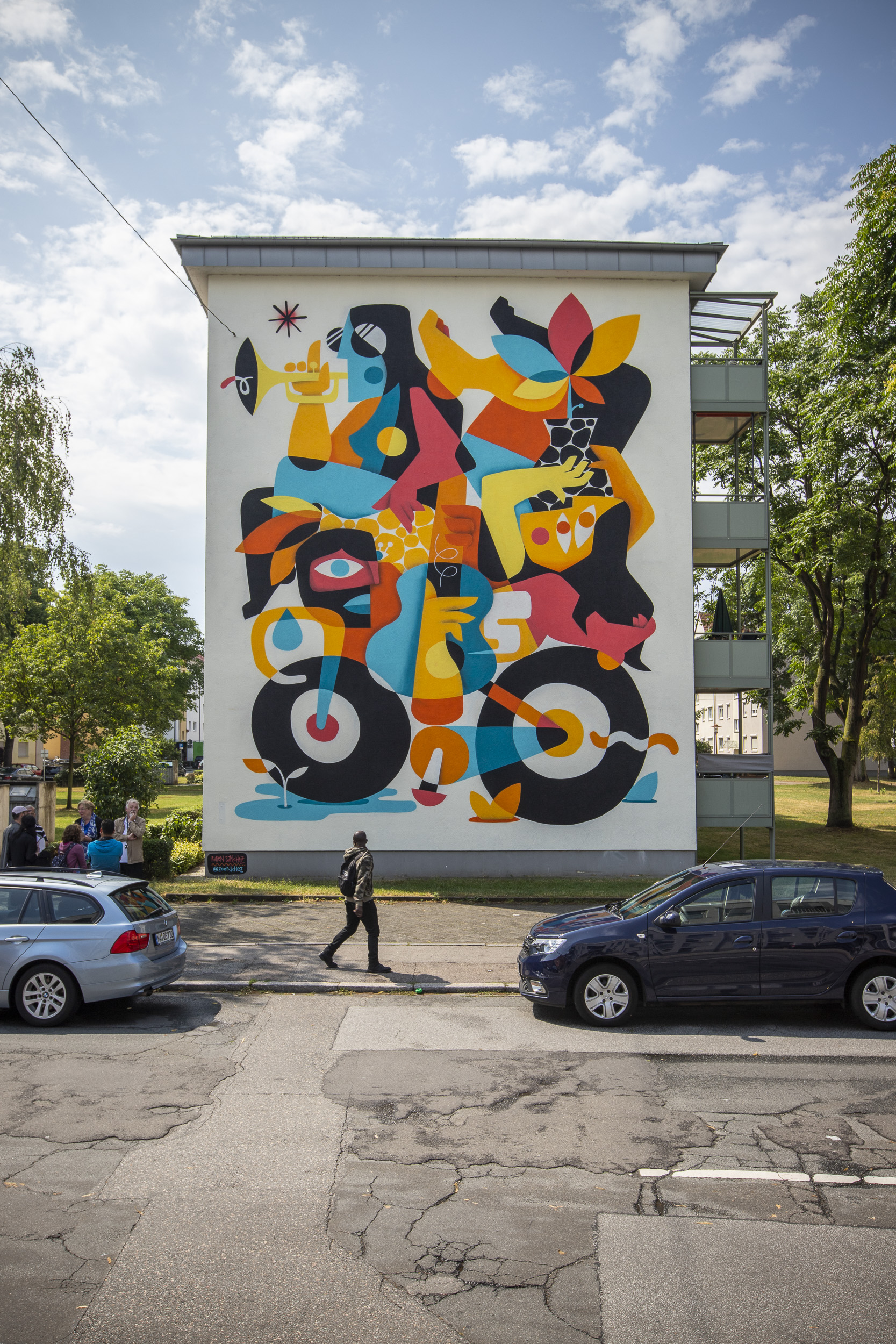 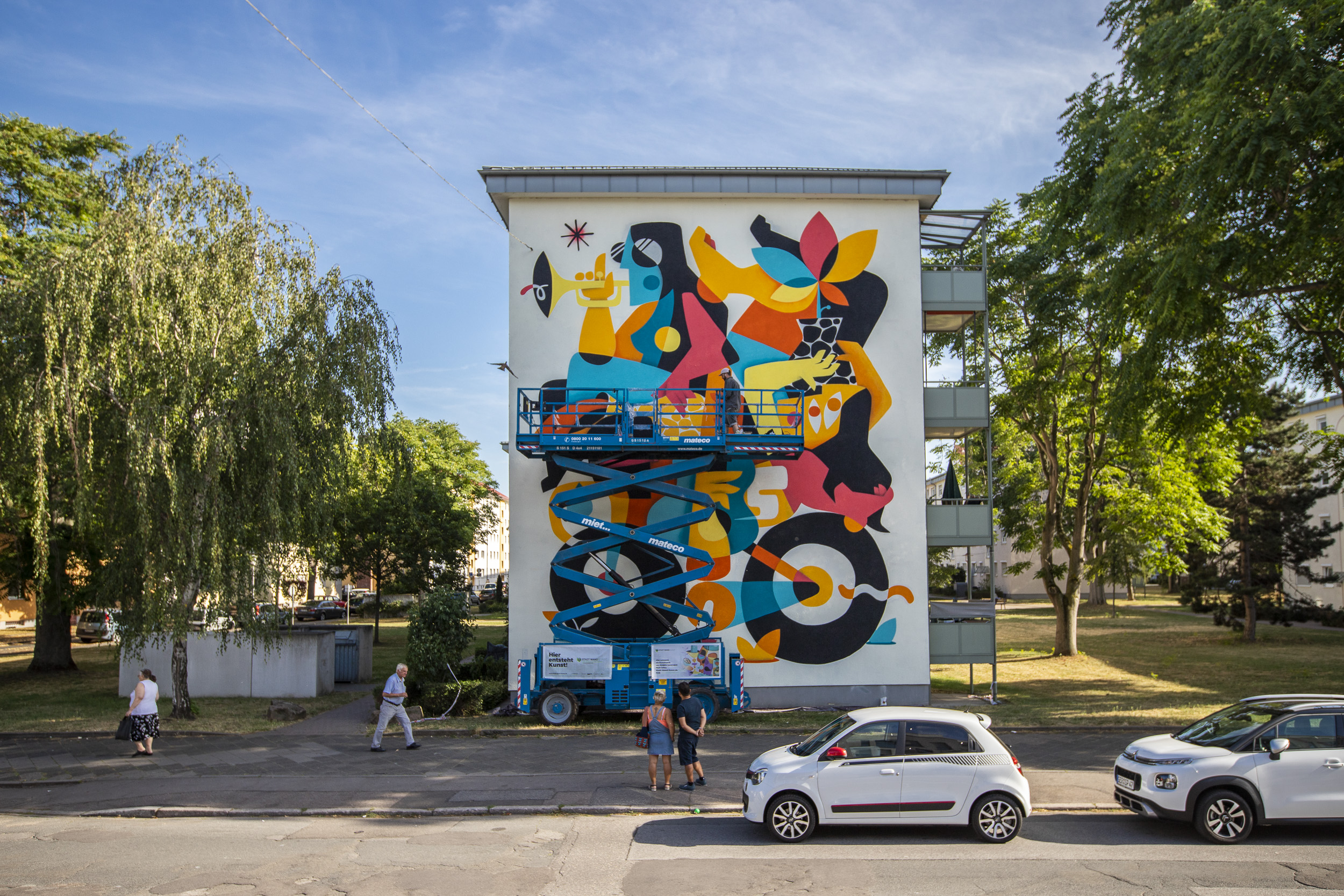 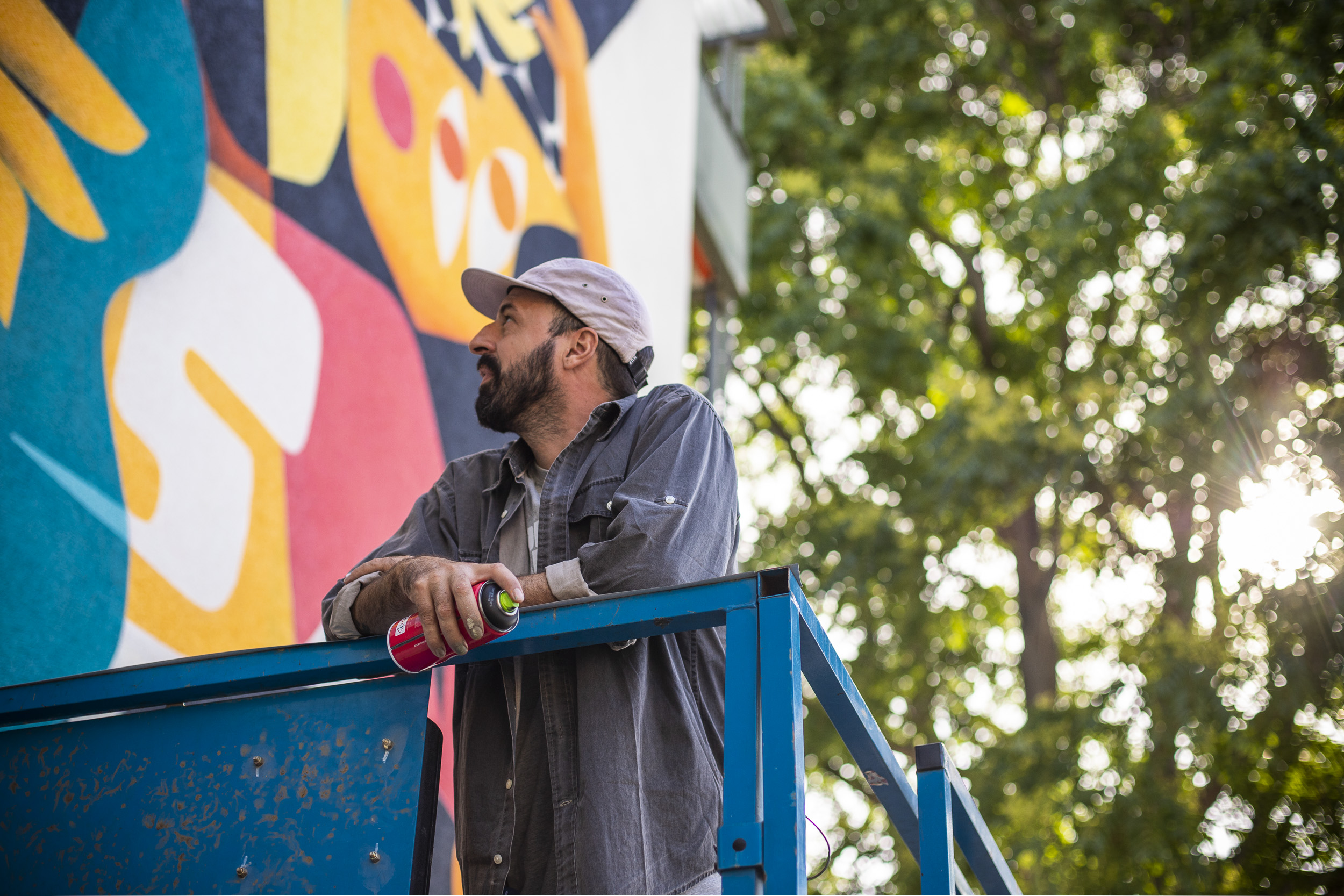 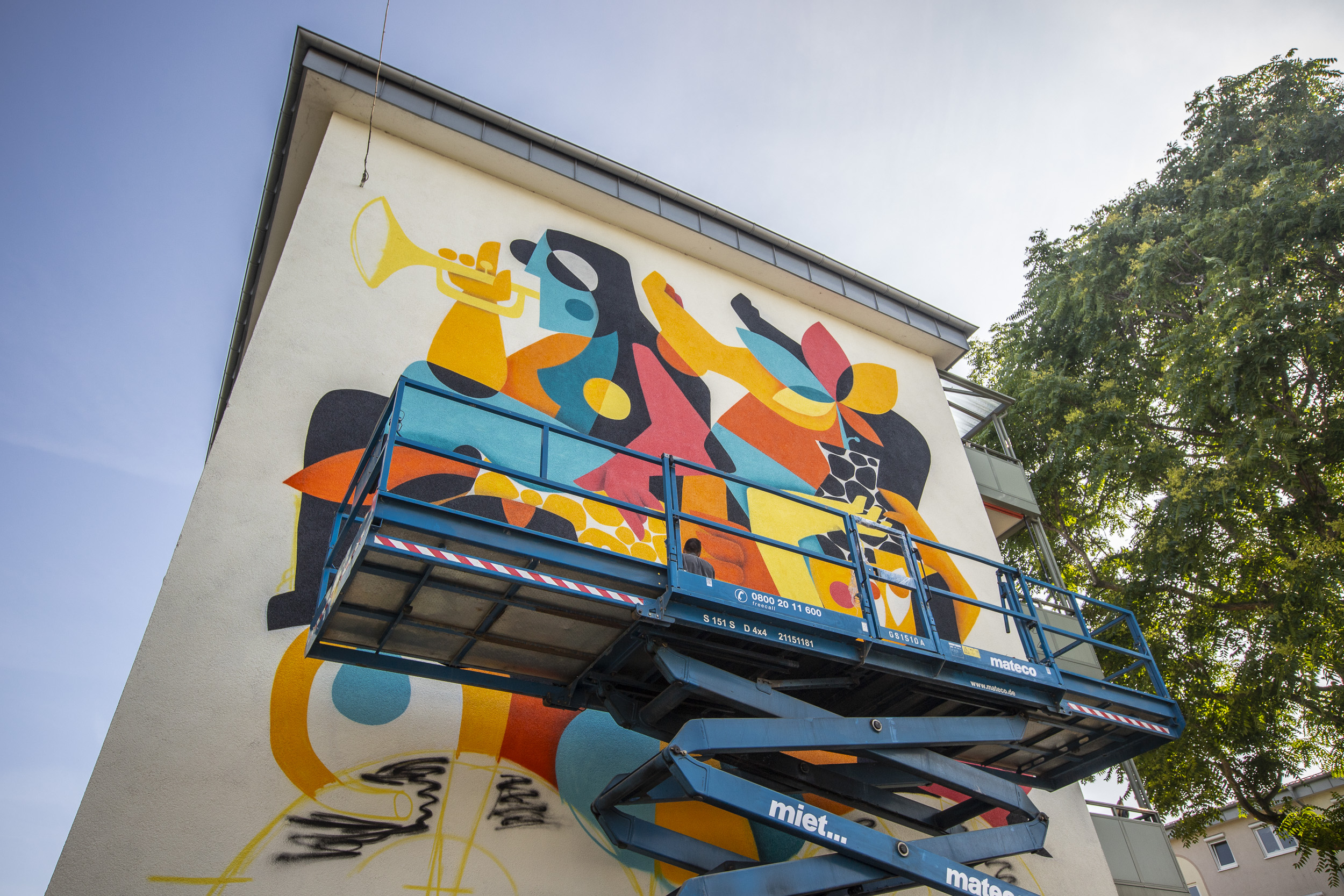 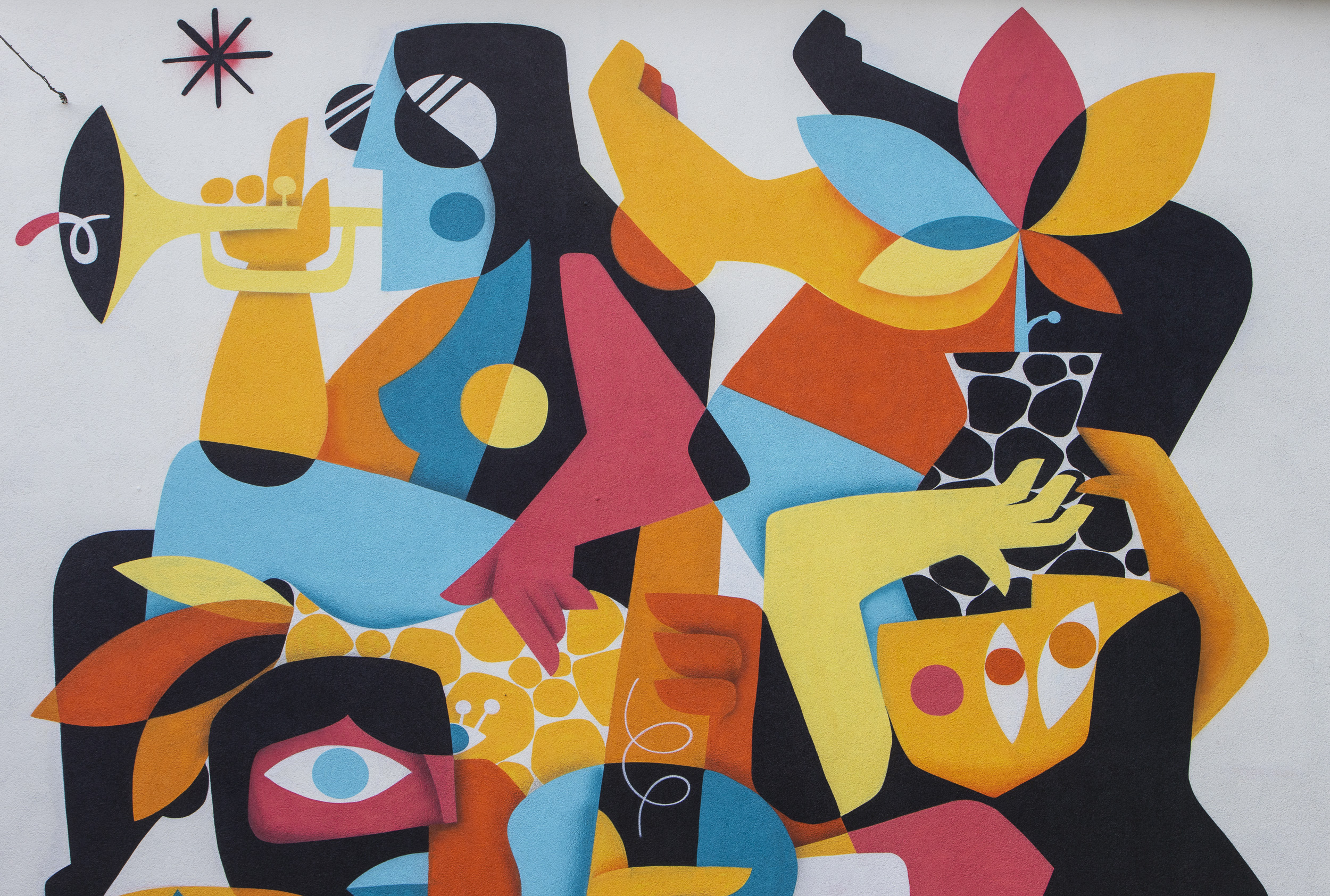 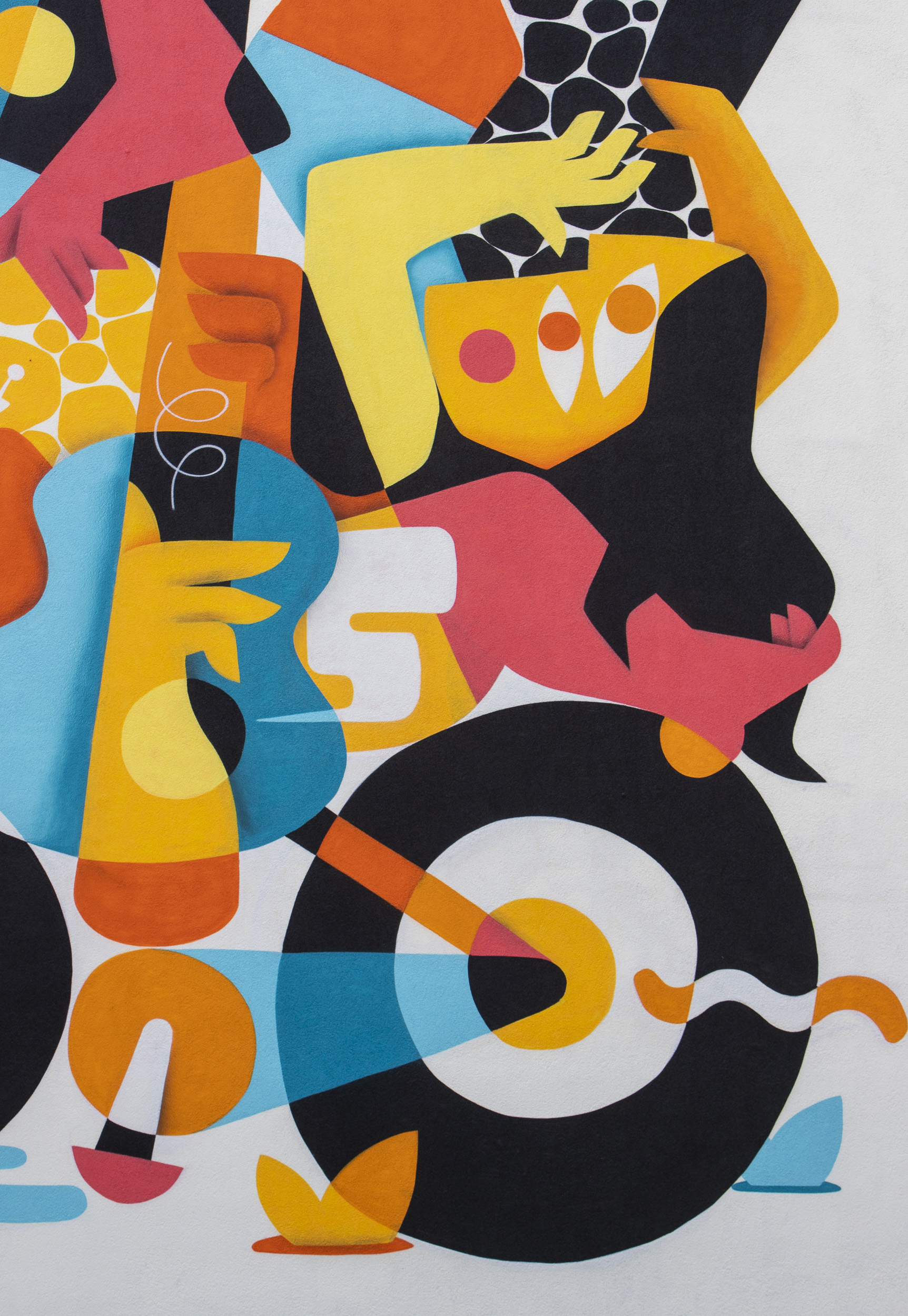