Not everyone can become a firefighter. These people can’t be afraid of heights or confined spaces. They must function well in a crisis, maintain their body in good shape, and be okay with working long shifts that include weekends and holidays.

However, it’s an exciting, ever-changing, and highly rewarding occupation that offers the warmth of camaraderie and the opportunity to provide critical, life-saving services in a moment of need.

Reddit user Skyyisgood thought she was up to the task. But when attending firefighter school, the woman found herself repeatedly getting into trouble due to dress code violations, more specifically, the hairstyle requirements. Eventually, the situation got so bad, she was even threatened with expulsion.

Luckily, she found a solution. And when everything was said and done, she even presented it to the subreddit ‘Malicious Compliance.’ 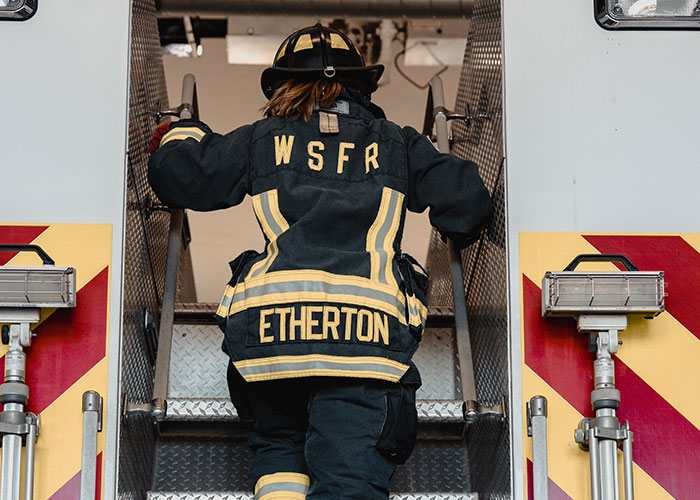 So she chose to follow the male dress code instead 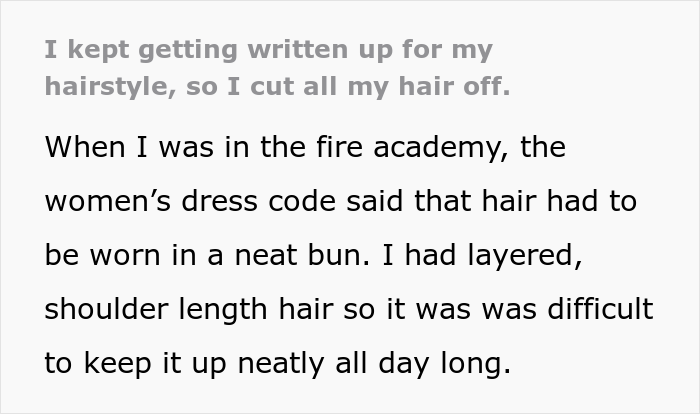 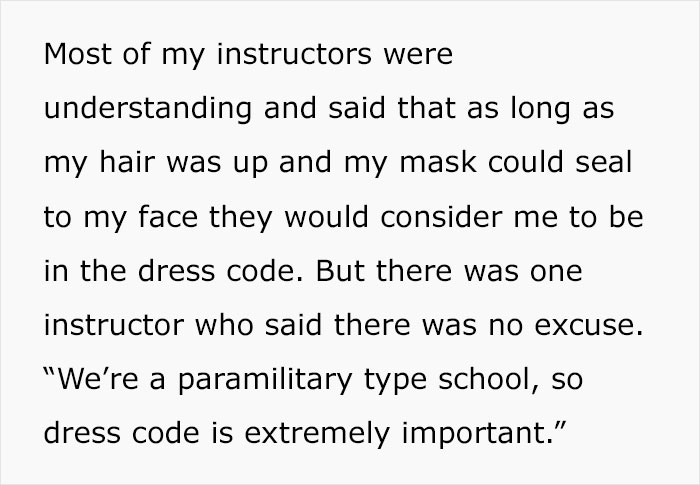 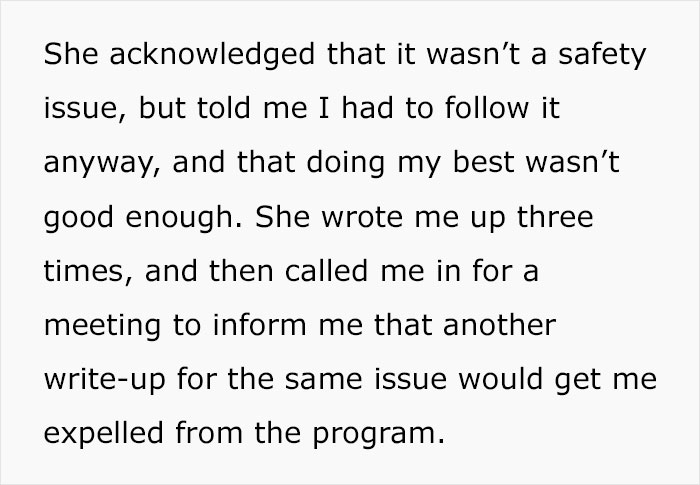 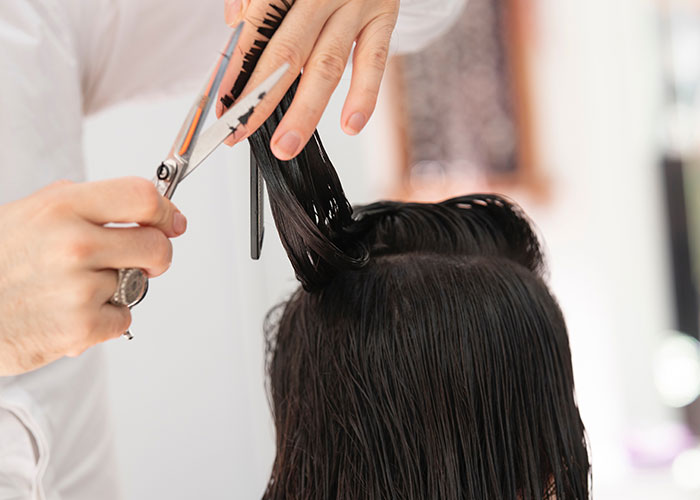 Similar problems can persist beyond school as well. As the International Association of Women in Fire & Emergency Service (Women in Fire) points out, some fire departments fall behind others because organizational changes happen slowly and unevenly.

“In most departments, the most senior firefighters — those with more time on the job — were brought up in the old ways and may or may not have adapted well to change,” Women in Fire writes on its website. “This resistance can cause conflict and resentment. Those who represent change, such as women firefighters, sometimes bear the brunt of this resentment.”

If it is a very badly run department, people may get turned off the fire service altogether.

“Women particularly run risks if the department is badly managed and fails to control or punish ugly behavior such as sexual harassment. Working in a hostile environment can harm your mental health or even, in the worst cases, put your physical safety at risk. Discriminatory behavior by co-workers and managers can result in you receiving poor training and bad evaluations that will harm your chances of getting hired elsewhere,” Women in Fire explains. “Not many fire departments like this are still around, but they can be found here and there. Working for one of them is not the best idea, even in the short term.”

This is particularly saddening when you consider how long women have been firefighters, which is for over 200 years.

The first woman firefighter we know of was Molly Williams, who was a slave in New York City and became a member of Oceanus Engine Company #11 in about 1815.

Interestingly, during World War II, many women across the US entered the volunteer fire service to take the place of men who had been called into action. Two military fire departments in Illinois were staffed entirely by women for part of the war.

Now, even the progressive nation of Sweden is facing similar troubles.

In 2017, several national media in Sweden wrote about problems at many fire brigades, often severe problems, which surprised many since the country has gained a name for itself in recent decades as being both progressive and feminist.

In a #metoo-inspired campaign named #LarmetGår (The Call Out), over 100 reports came in in less than one week of sexism, racism, and bullying in Sweden’s fire services.

In one of the reports, for instance, a female firefighter said she had received a banana with a condom over it, left in her locker room on her first day at work. Another woman said she was routinely referred to as “the hole” by one of her officers during gym training, and there was also a female firefighter who was advised by her officers to lock her sleeping room at night because they could not guarantee her safety.

So even though a dress code might not seem like a big thing, it also serves as an example of a broader issue. 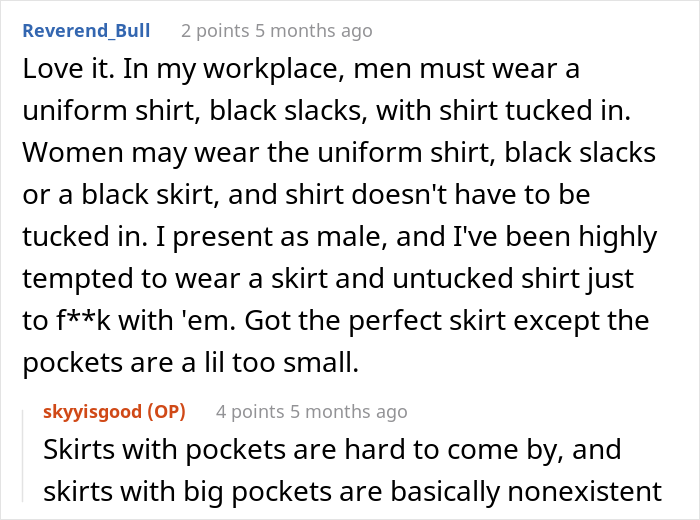 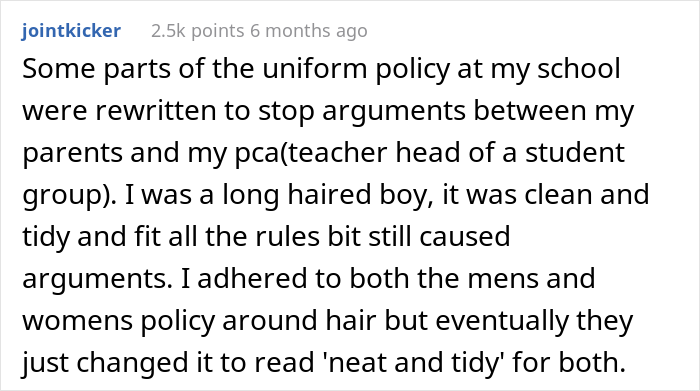 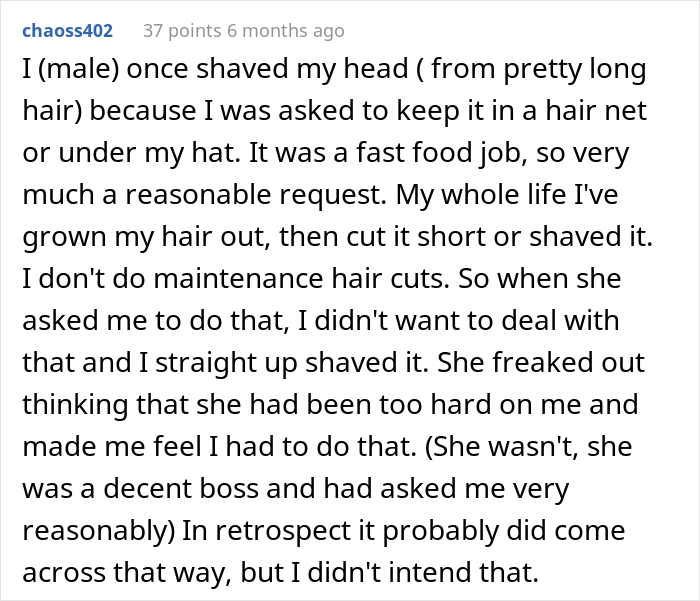 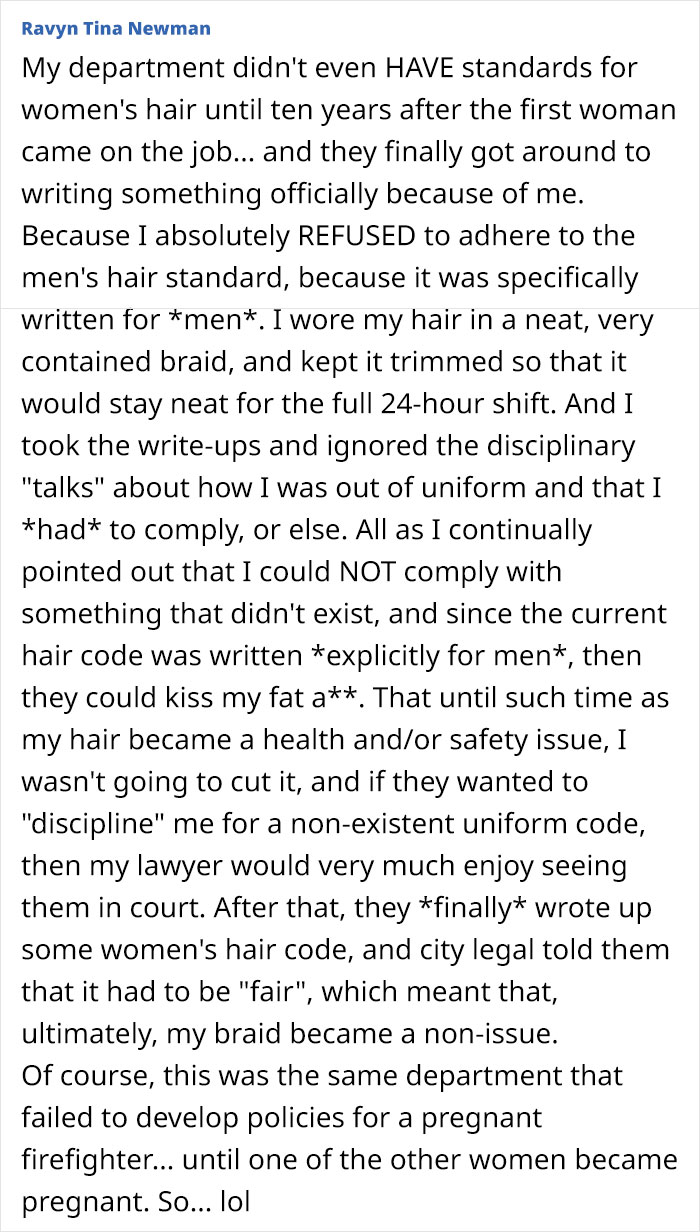 The post Jerk Instructor Writes Up Female Firefighter For Violating Hairstyle Rules, Gets A Taste Of Malicious Compliance first appeared on Bored Panda.