You do not mess with a person’s car. Period. You just don’t. Exclamation point!

It completely boggles our minds that some people simply have no respect for others’ boundaries. They come into their loved ones’ lives and do as they please, treating their wealth and generosity with the type of disdain you usually only see villains go for in movies.

Redditor u/Jimothyisyouruncle, the proud owner of a 1967 Impala 4-door that he was restoring, shared a very frustrating story on the AITA subreddit. His girlfriend, whom he invited to live in his new home, decided to get rid of the passion project to make room for her own car in the garage.

Car owners, enthusiasts, and collectors beware—this is a story that is bound to make your blood boil and make you pull your hair. However, there was a surprising positive twist at the end. Scroll down for the full story. (And for any fans of the hit TV show ‘Supernatural’ out there, why yes, the car is the same make as the one in the show. However, the show isn’t why the redditor loves the model.)

Look at this gorgeous 1967 Impala 4-door. Beautiful, isn’t she? Well, one redditor shared how he was restoring it, but things took a nasty turn 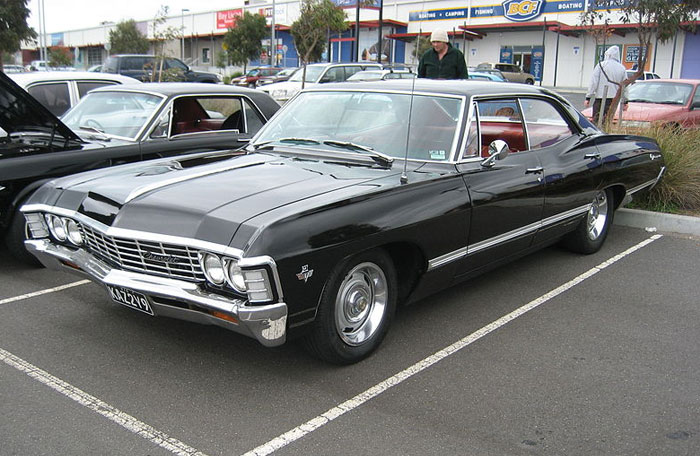 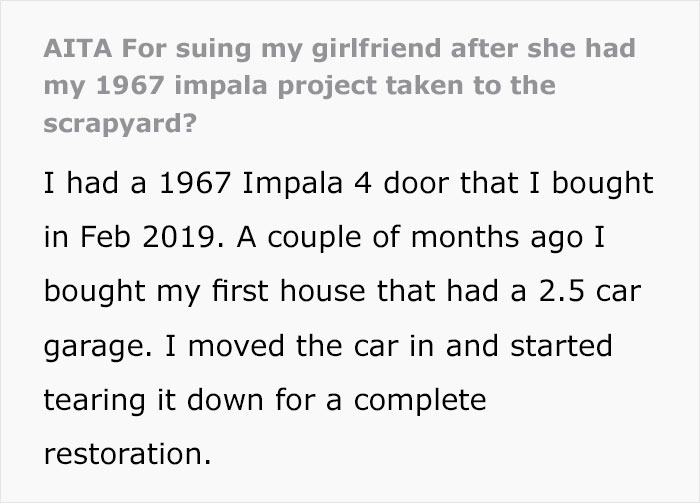 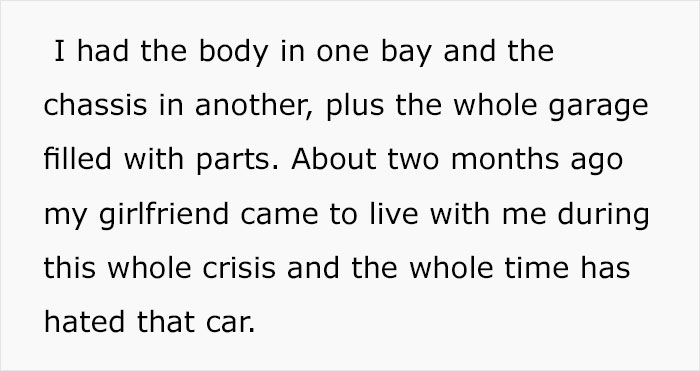 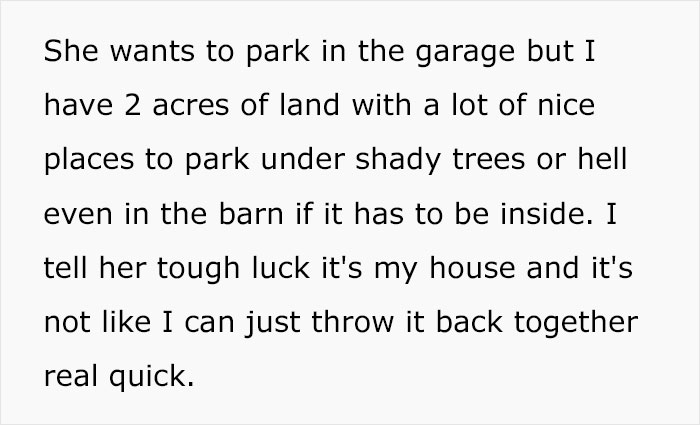 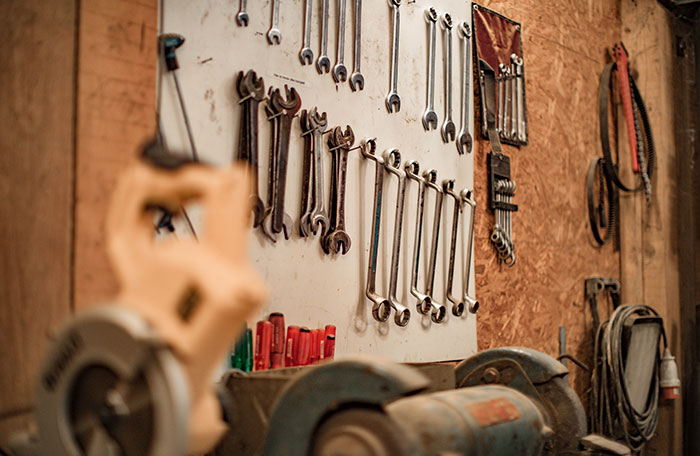 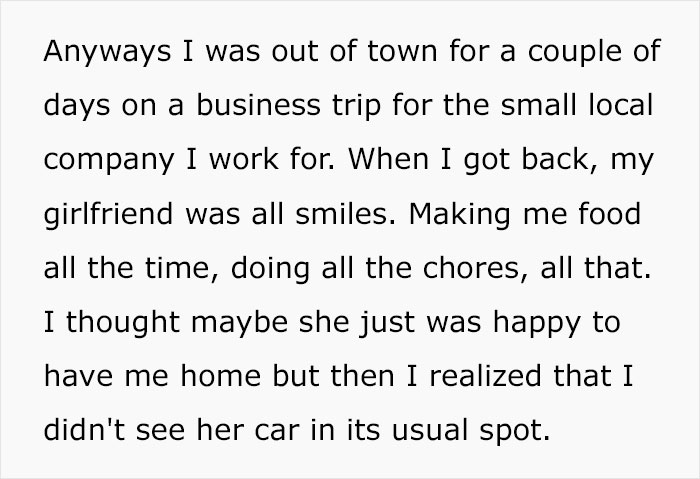 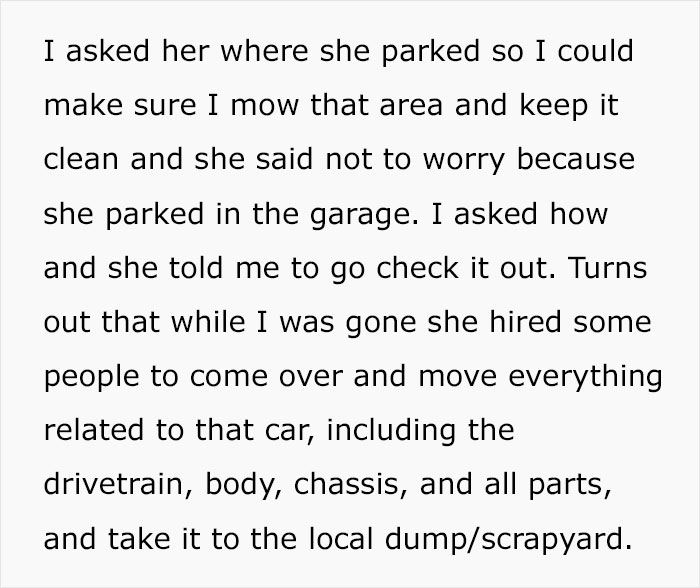 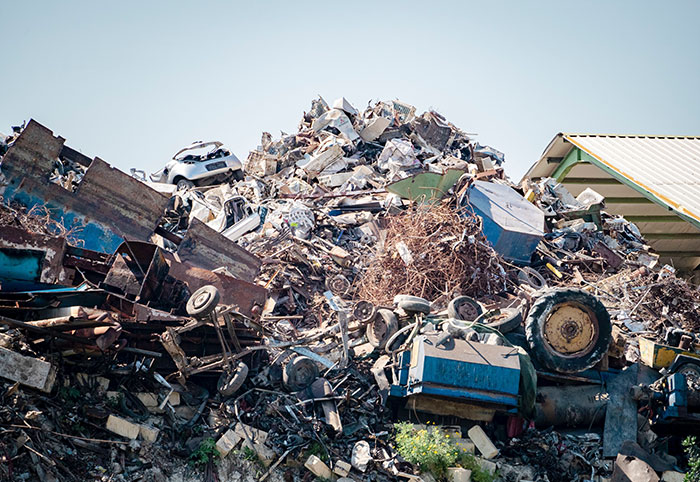 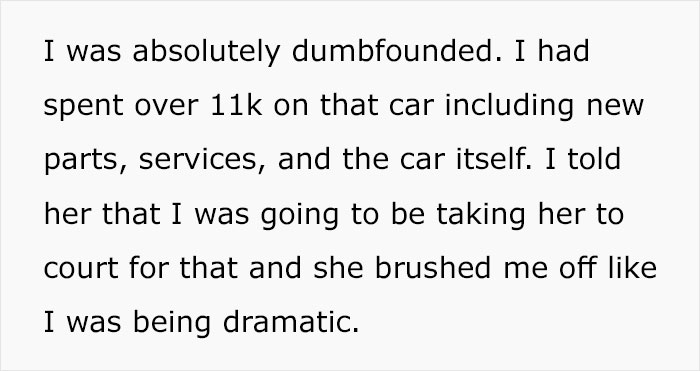 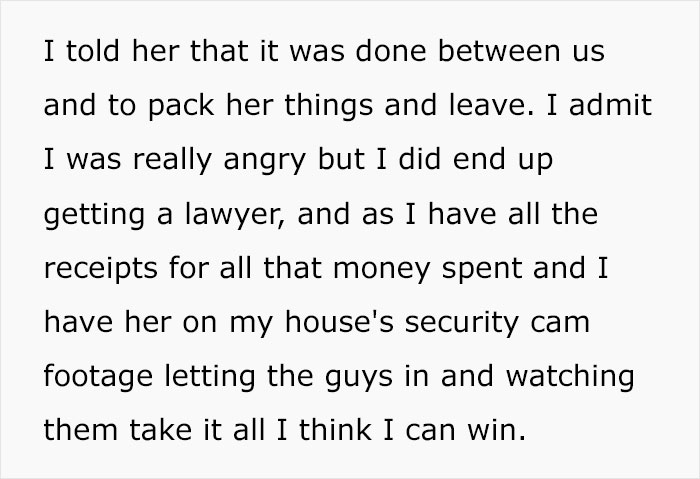 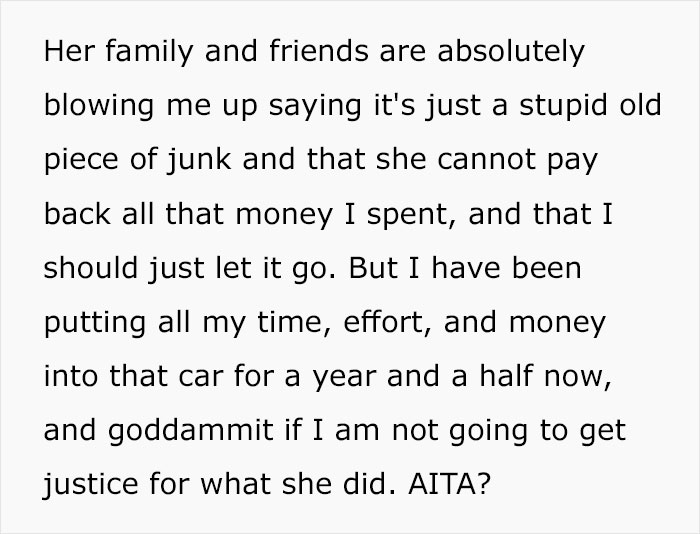 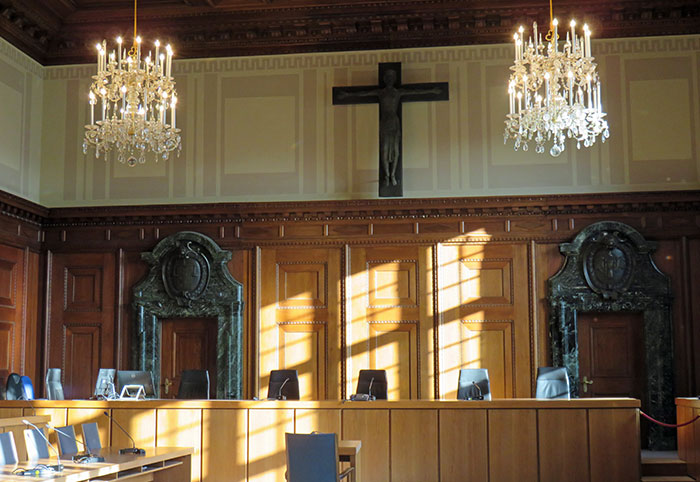 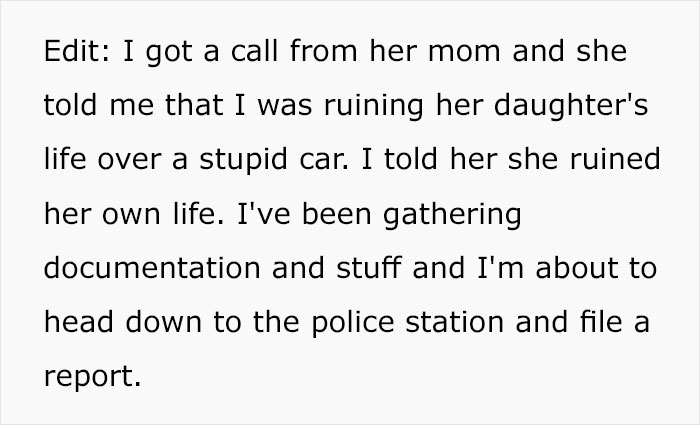 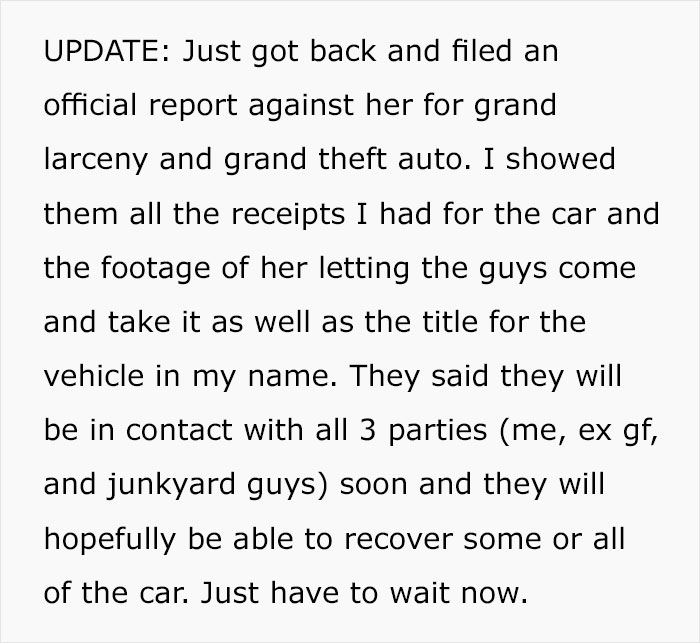 The story had a surprise happy ending that probably nobody expected 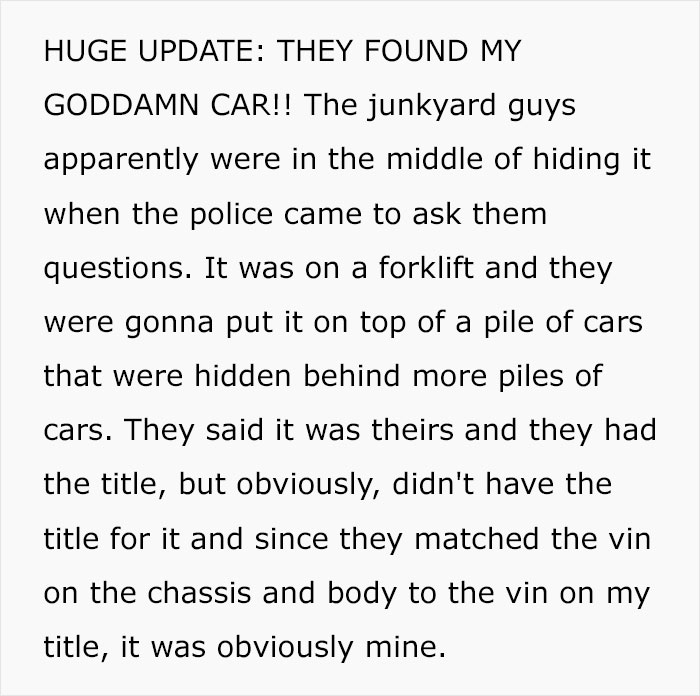 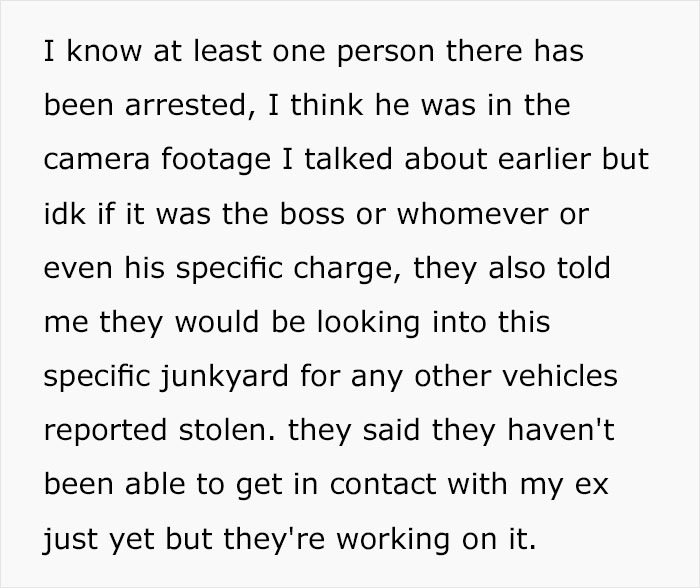 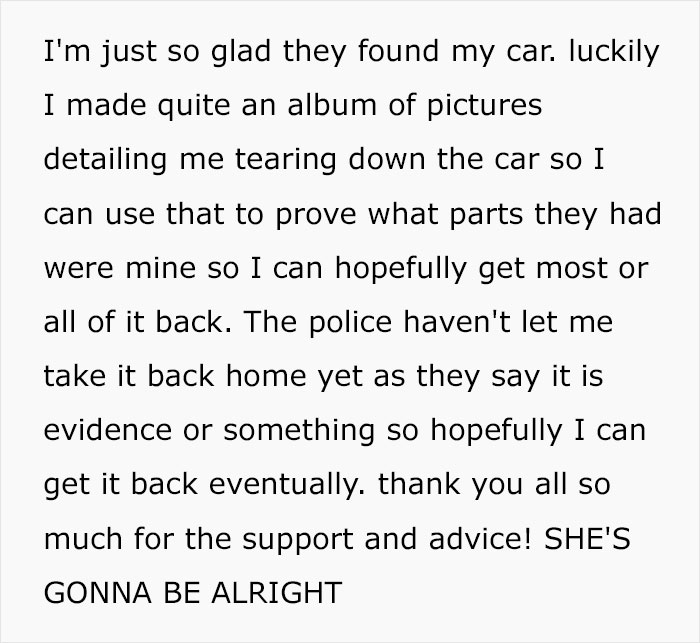 The redditor got in touch with a lawyer and then proceeded to inform the police about what had happened. Things were over between him and his girlfriend—he asked her to move out immediately after finding out what she had done.

The story didn’t end there, however. Redditor u/Jimothyisyouruncle shared the awesome news in an update: the police found his car! Not only that, one of the junkyard guys got arrested after it became clear that the crew was trying to hide the Impala (and later pretended that it was theirs).

The entire situation teaches us that it’s important to respect the boundaries that our loved ones set for us. And it’s also vital to make it crystal clear what those boundaries are.

During a previous interview with Bored Panda, certified relationship coach Alex Scot explained that boundaries have to be sustainable: the closer a person is to us, the more flexible we have to make the boundaries. Otherwise, things are more likely to fall apart.

In short, this means giving our romantic partners and family members the benefit of the doubt more than we would strangers. We have to be open to the possibility of compromise in long-term relationships. However, this doesn’t mean that our loved ones can treat our boundaries with disregard.

“Without them [boundaries], we live our lives at the expense of ourselves. The mindset for many when it comes to setting boundaries is that they feel selfish, or that they aren’t being a good partner when they implement them, so they avoid doing it altogether,” the relationship coach pointed out to us.

“Boundaries are there for us to be able to take care of and to protect ourselves so that we can show up and operate within our lives as successfully as possible,” she said.

It’s clear that repeatedly ignoring these boundaries has to have consequences. After all, if it didn’t, then absolutely anyone would be able to scrap someone’s Impala passion project. And that’s not a world we want to live in.

Redditors were unanimous in their verdict. Here’s what they had to say 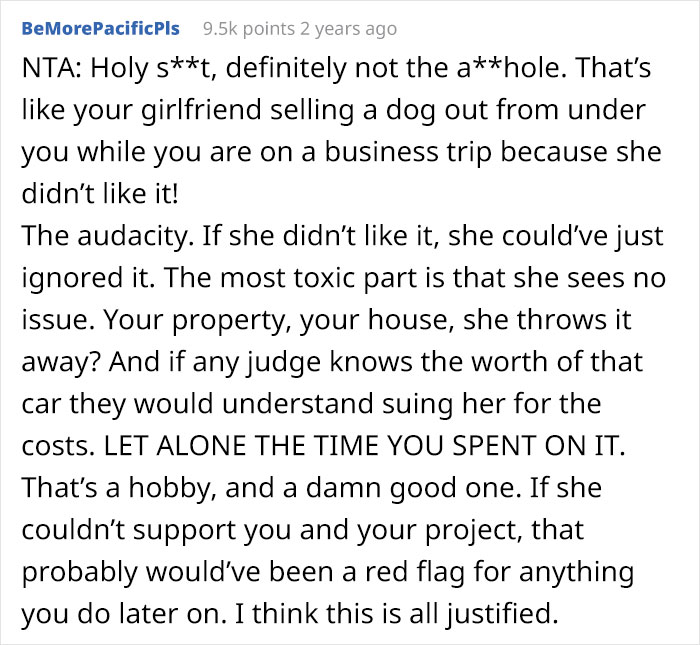 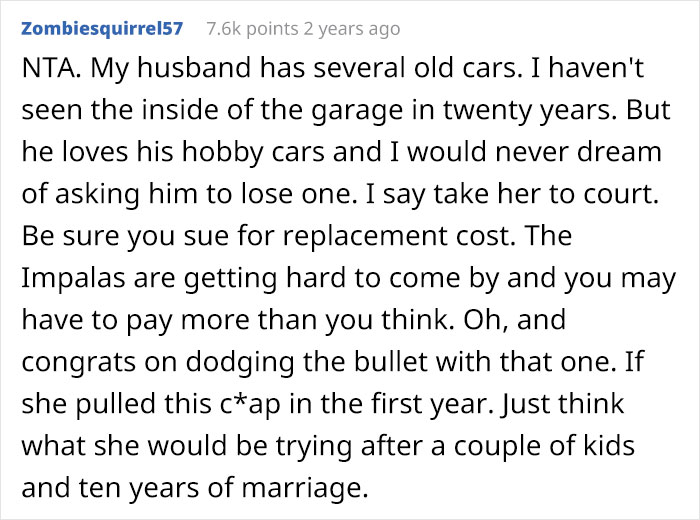 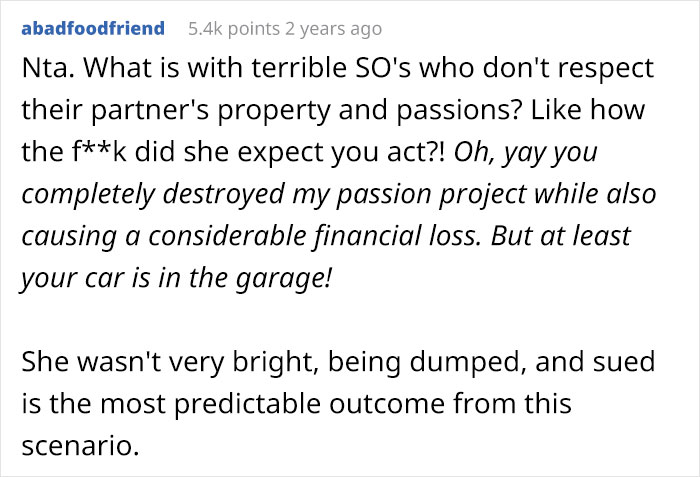 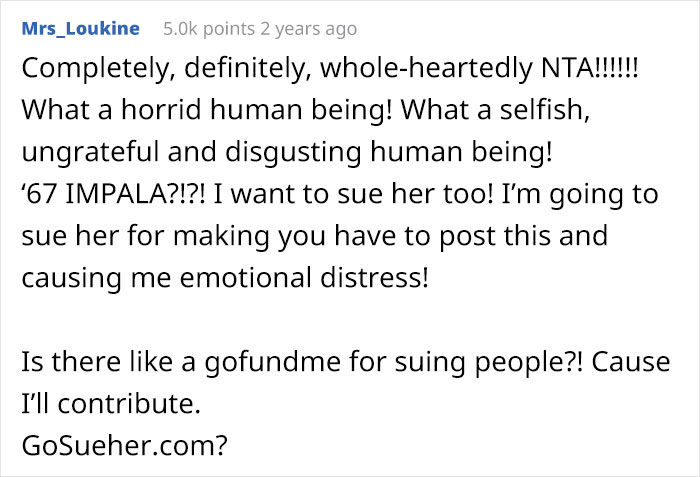 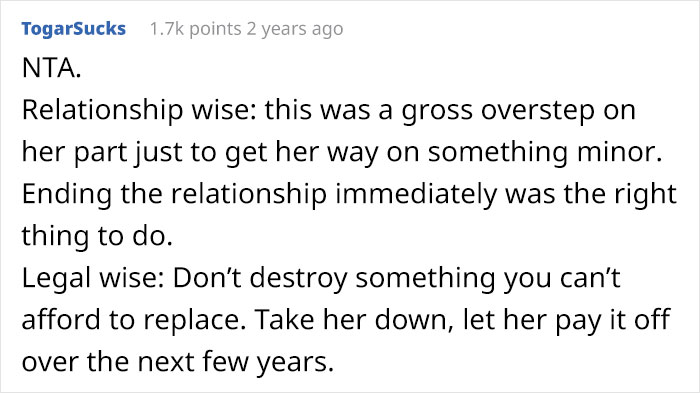 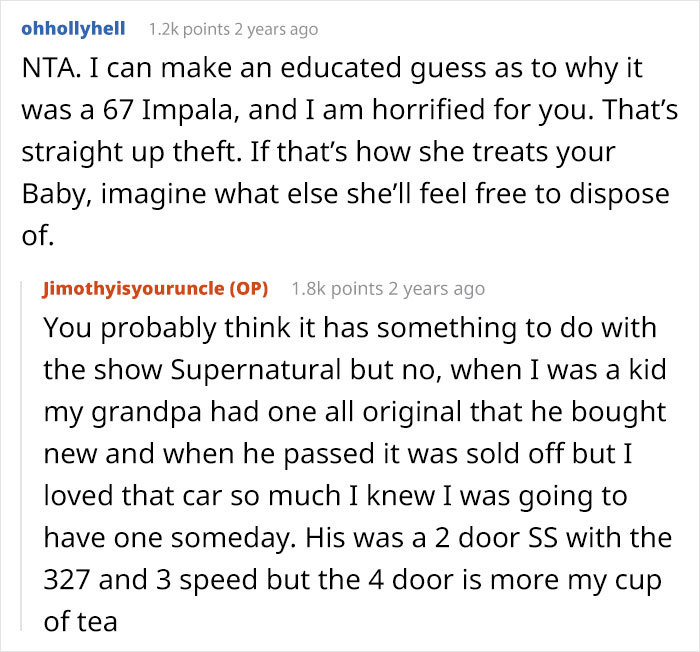 The post Man Asks If It Was Wrong To Break Up With And Sue His Girlfriend For Throwing Away His k 1967 Impala first appeared on Bored Panda.