Planning family get-togethers is almost always a challenge. You’re responsible for all the food, organizing things well, and making sure that everyone’s happy. It’s exhausting, to say the least. But things get extra spicy when one of your relatives’ significant others tries to control every aspect of the event you’re throwing. Some even go as far as sending the host spreadsheets of the chores and landscaping that they should do before Easter.

That’s exactly what happened to redditor u/Due-Reality9102. He spilled the beans about his brother Tom’s unemployed girlfriend Harper. She believes that she’s the ‘perfect’ housewife and spends most of her time planning the entire family’s events…. some would say to an obnoxiously obsessive degree.

Eventually, the redditor had had enough of Harper’s ‘subtle’ suggestions on how he should spend his money, and decided to take a drastic step. A step that made a large part of his family mad and even made him turn to the AITA online community for a verdict on whether or not he was the jerk in this situation. Scroll down for the full story in the redditor’s own words. 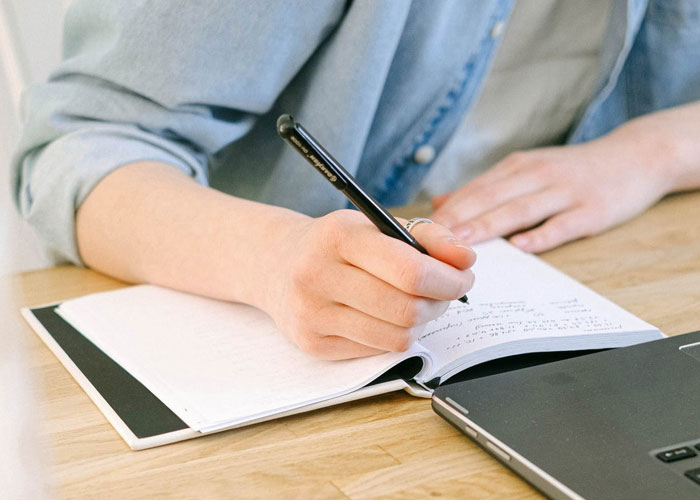 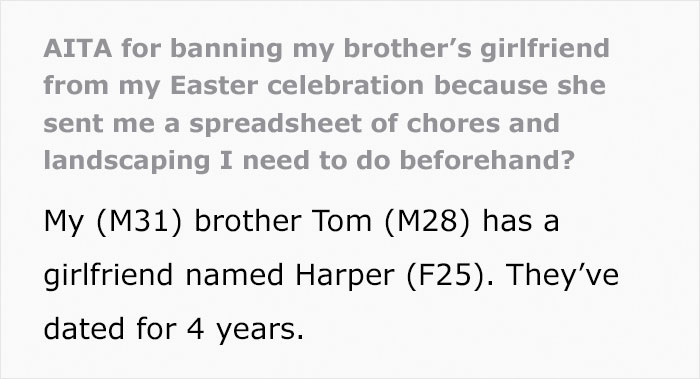 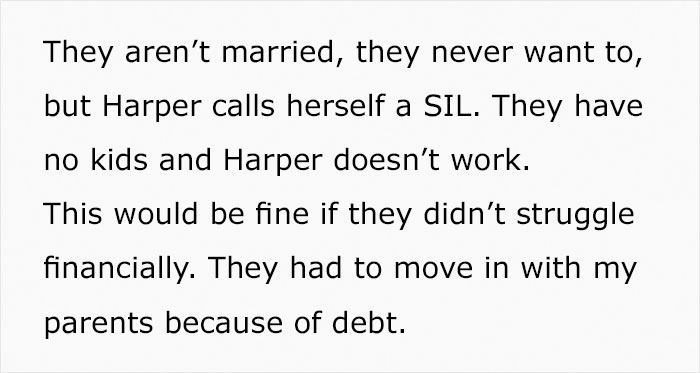 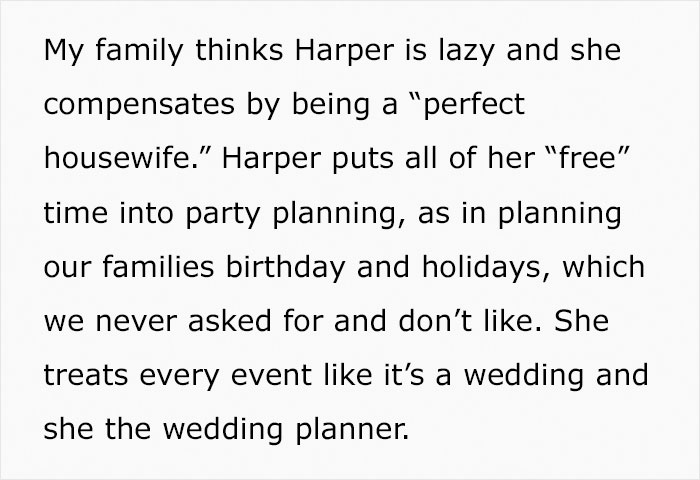 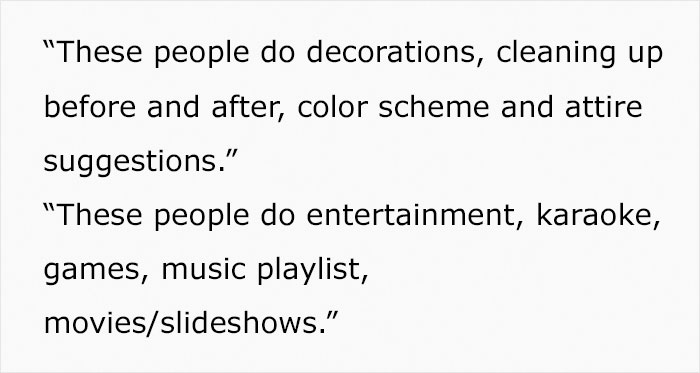 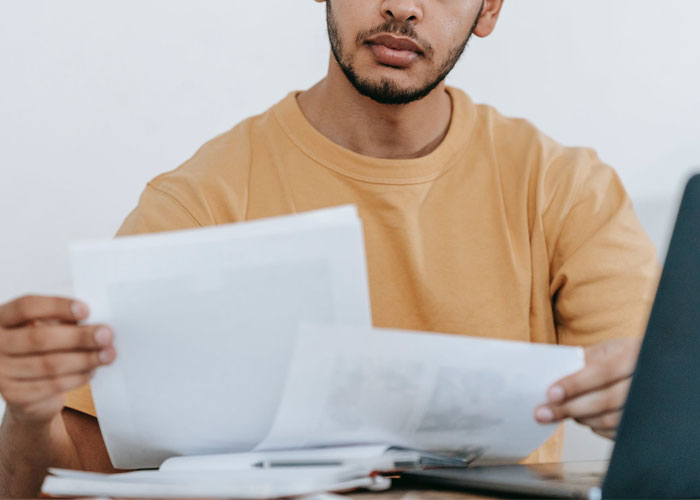 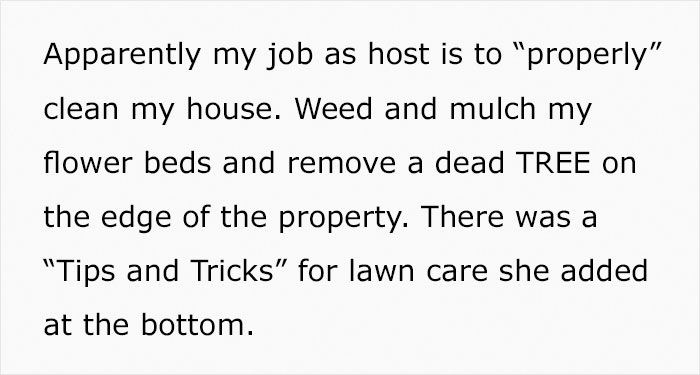 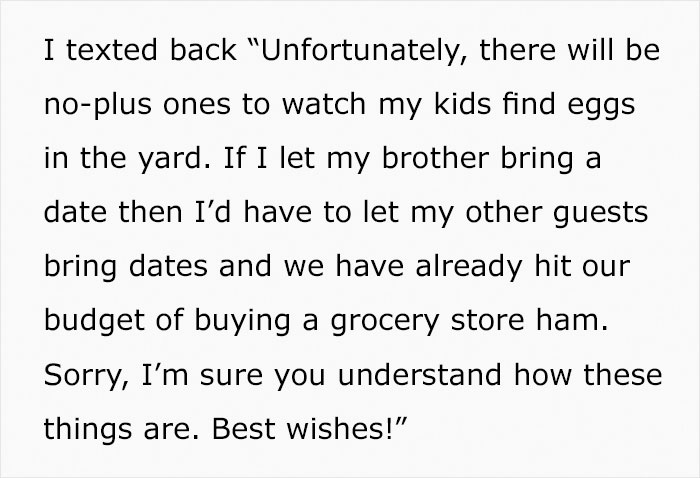 The OP later revealed a lot more juicy information about his brother and Harper, the girlfriend 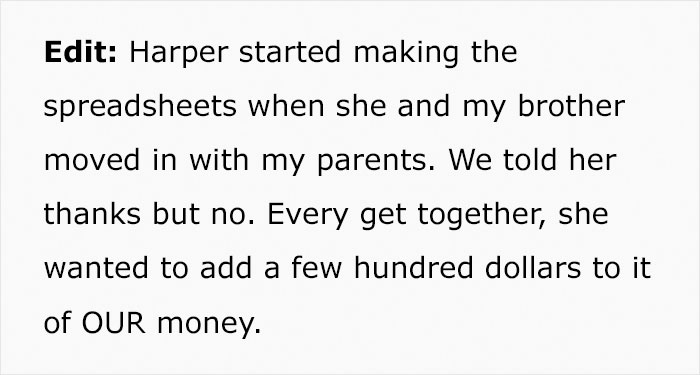 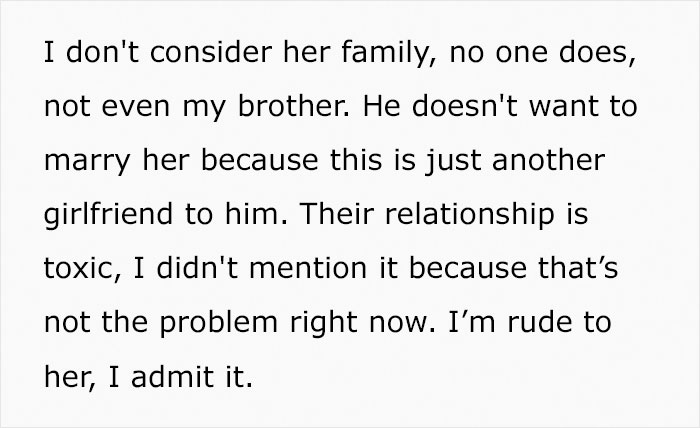 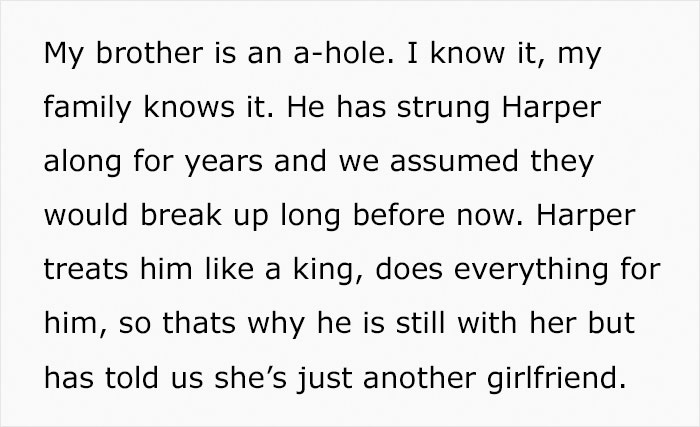 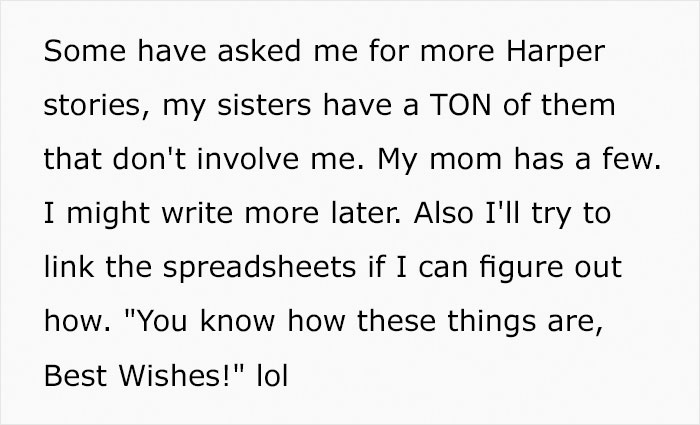 The redditor was very candid about both Harper and his own brother’s flaws. He didn’t sugarcoat things and straight-up pointed out where there’s some [cough] room for improvement.

And it looked like the AITA community appreciated the honesty. The vast majority of redditors thought that the OP definitely wasn’t a jerk for telling Harper she, and all of her costly party suggestions, weren’t welcome. We’ve got to have some boundaries, people!

Speaking of boundaries, relationship expert Alex Scot explained to Bored Panda during an earlier chat that they are vital in any relationship if we want it to flourish. Boundaries help prevent resentment and anger from building up and help maintain healthy expectations. Just because someone’s a family member or close to the family doesn’t mean that they have the freedom to do anything that they like.

“Without them [boundaries], we live our lives at the expense of ourselves. The mindset for many when it comes to setting boundaries is that they feel selfish, or that they aren’t being a good partner when they implement them, so they avoid doing it altogether,” the expert told Bored Panda.

She added that boundaries are needed in all relationships, whether romantic, familial, or professional. However, the closer the person is to us, the more flexible these boundaries ought to be. At the end of the day, we should be willing to find a compromise when we’re dealing with those we love the most. On the flip side, the less emotionally involved you are with someone, the stricter the boundaries should be.

Here’s how some people reacted to the family drama 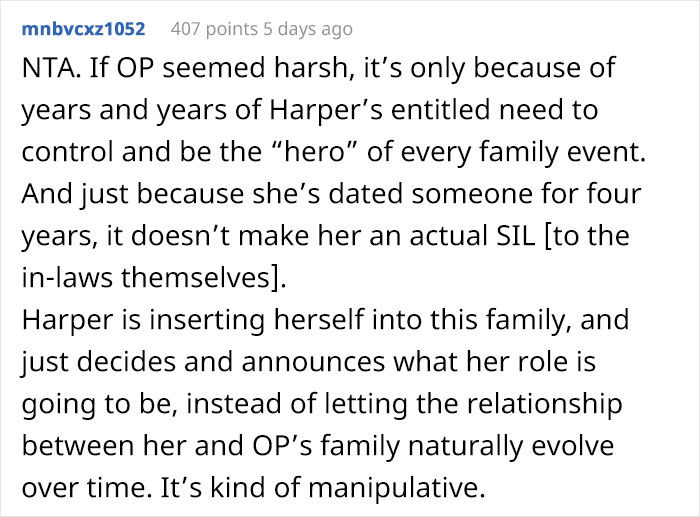 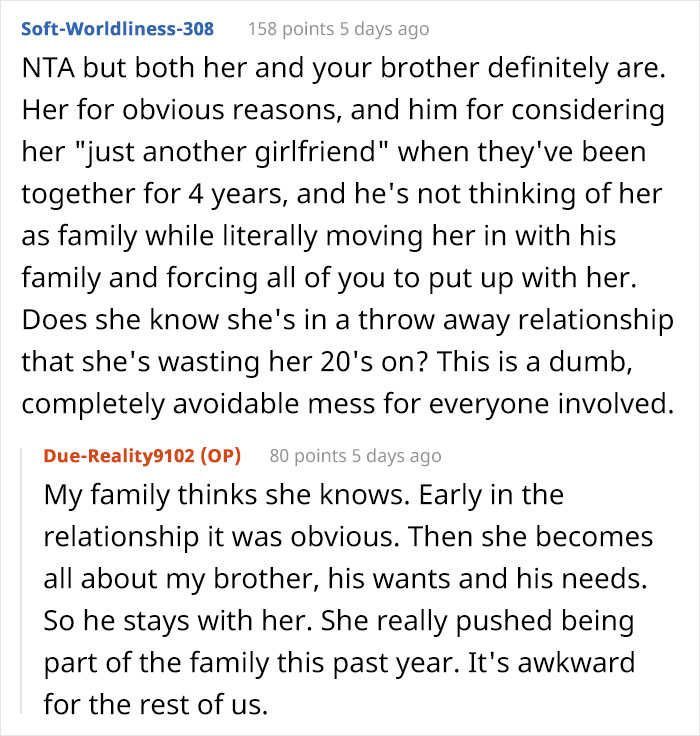 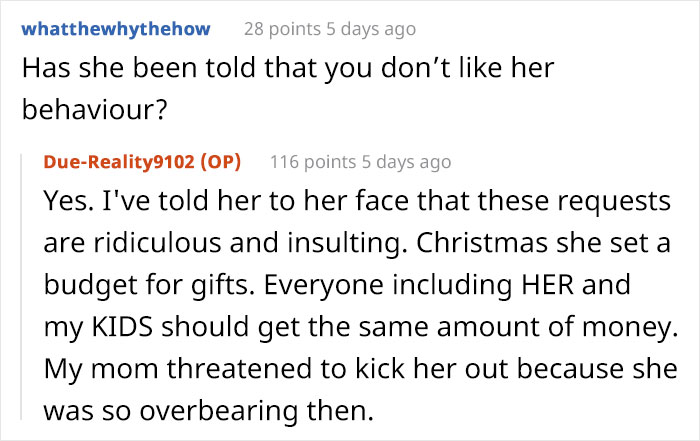 The post Man Gets Called ‘Petty’ And Childish For Banning Brother’s Entitled Girlfriend From Easter Gathering After She Sends Him A ‘To-Do’ List, Wonders If He’s A Jerk first appeared on Bored Panda.