Being a parent is not as intuitive as it looks and it actually requires preparation and knowledge. But not everyone has a background in child psychology, so parents just do their best and learn from their mistakes.

Even then, it’s not always clear what they are doing wrong and why the child is misbehaving. So it’s useful when other parents or experts share their own experience and knowledge. Especially on social media apps that people are on all the time anyway.

This time we would like to draw your attention to a suggestion that parenting coach Tia Slightham says is a game changer. It’s to formulate your requests to children using ‘when’ instead of ‘if.’ 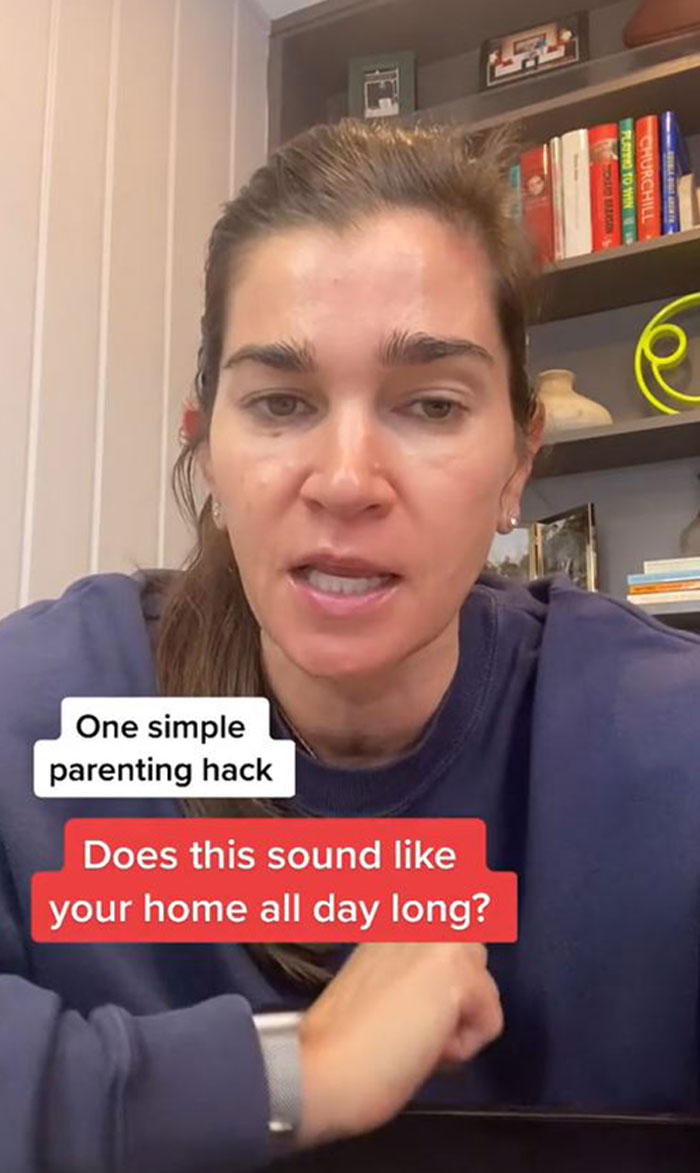 Tia Slightham is a parenting coach, teacher, best-selling author (You’ve Got This Mama, Too) that has a lot of other interests, and most importantly to her, a mother to two boys, Hudson and Beckett.

She has a Masters in Early Childhood Education and later earned her certification in Positive Discipline. She started from being a kindergarten teacher and now she has been coaching parents virtually from around the world for over 12 years.

To help other parents with raising healthy and happy children, Tia started a TikTok account and shares what she feels is important to know to have efficient communication with children.

Since starting in January, Tia has managed to have several videos go viral and a few of them have been seen by more than a million people. In one of them Tia says that parents have a habit of giving kids ultimatums and they would greatly improve their relationship with their kids by just switching ‘if’ with ‘when.’ 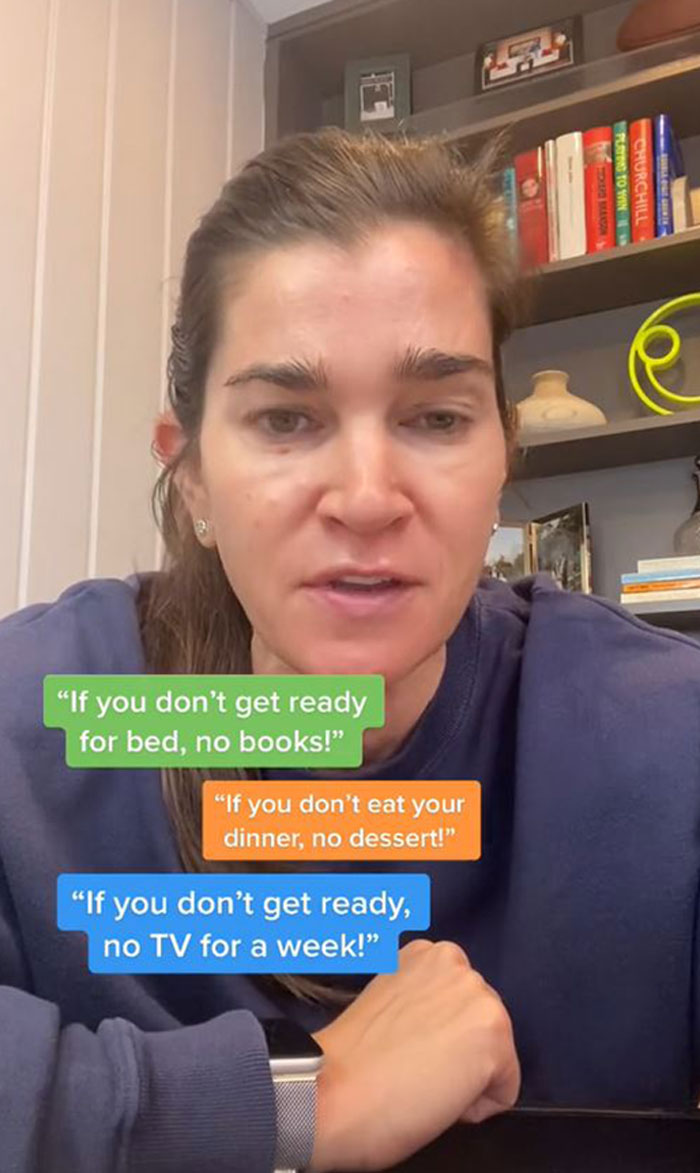 She gives a couple of examples. Instead of saying something like “If you don’t eat your dinner, no dessert” Tia suggests trying “When you’re ready to go, then you can tell me it’s TV time.”

The parenting coach claims that when a parent starts by saying ‘if,’ they are already starting an argument and the children’s immediate reaction will be to resist.

In another video, she calls the word ‘if’ the most detrimental word parents use, worse than saying ‘no.’ And if you feel like you are giving empty threats all day, it would be worth a shot to change up the language a bit. 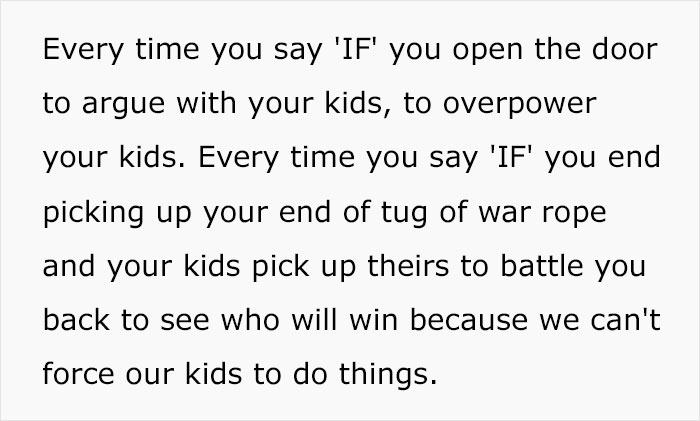 Many people pointed out that the parent has to be the one in power and this method of giving them all the time they need for doing something gives over that power to them. To that, the parenting coach replies by saying that just one thing is not going to solve a problem that has been continuing for a long time. She compares the relationship to a cake that has a lot of layers and it truly takes time and effort to learn to communicate. 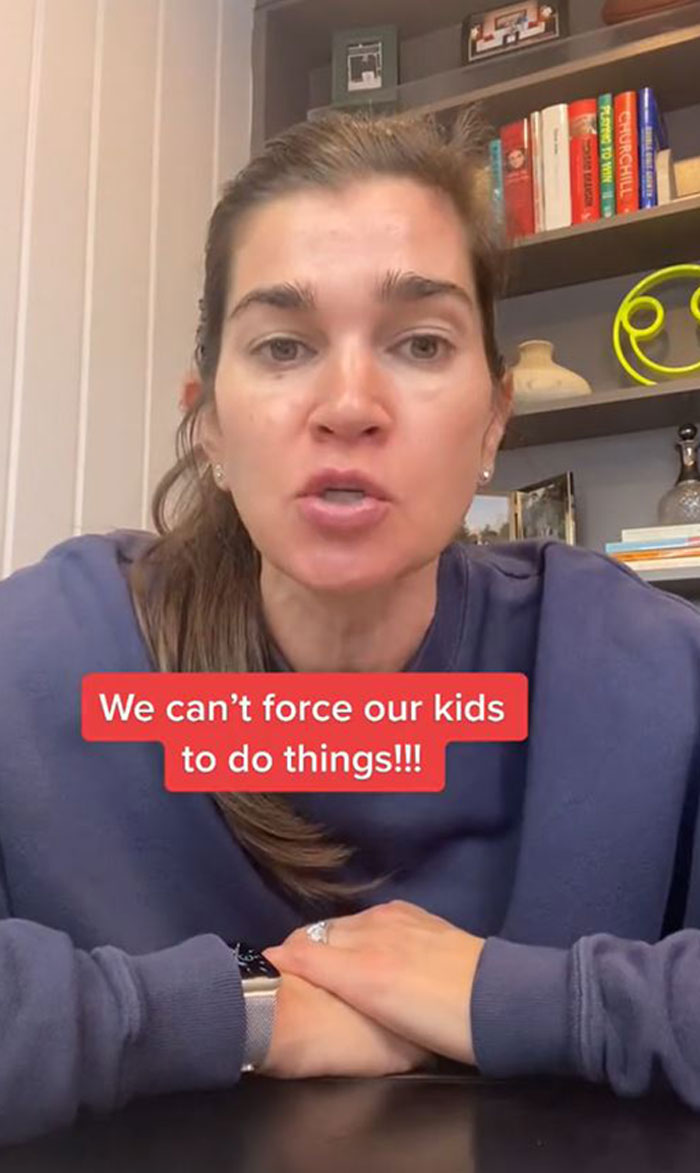 Another video by Tia may explain why it’s hard to communicate with kids. She says that they might not listen to you until you start yelling and get really mad because it was the boundary you set. Children naturally push boundaries to find out the point they can’t cross.

So the solution would be to change the parenting so that children’s behavior changes. Because according to Tia, children don’t care if they receive negative or positive attention, when yelled at, they feel in power and realize that misbehaving gives them what they want. 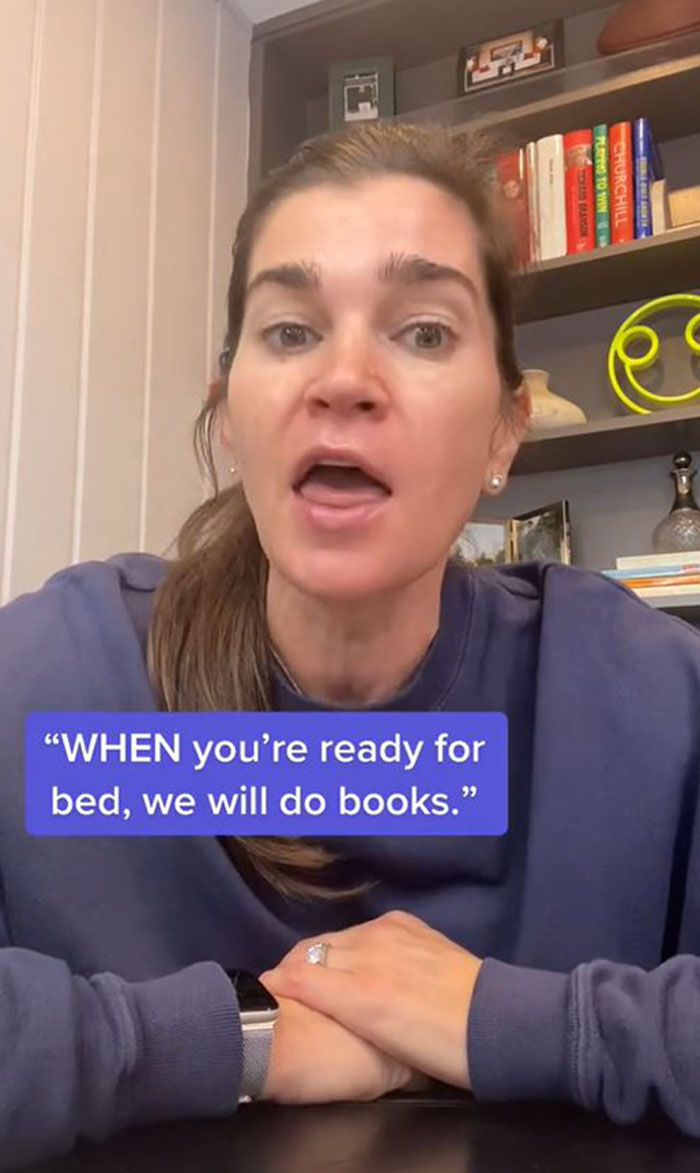 Tia believes in positive discipline and thinks that it’s best to avoid punishment tactics. Because from what she has seen, punishment brings blame, shame and pain and discipline teaches, guides and supports.

The woman stresses that all the tactics, methods and parenting hacks are just separate pieces of the puzzle and what leads to success is consistency and learning from both the children and the parents.

Here you can watch the whole video yourself

What do you think of Tia’s approach to parenting? Would you like to try out her methods and hear what more she has to say? Or do you have other methods that help you with making children do what you need them to without having to yell? Leave us your opinions and reactions in the comments!

Here are some of people’s reactions and it seems that there were some mixed opinions, with not everyone believing in the method

The post Parenting Expert Points Out Why Using “If” Starting Sentences When Talking To Kids Makes Them Not Want To Listen first appeared on Bored Panda.