The Hunter Correctional Centre in Australia had a problem: Too many prisoners coming in, not enough capacity. They could either overcrowd the cells, which would be inhumane and/or illegal, or they could build a new wing of cells, which would take years (and a budget) that they didn’t have.

Instead, they designed their way out of the problem. “Urgent action was required to ensure new inmates could be accommodated without compromising safety or security,” Australia’s Corrective Services writes. “A ‘rapid build’ design was developed that allowed both Hunter and Macquarie [another pop-up prison] to be built within 12 months.”

Incredibly, the new cells don’t have doors–nor even walls that go all the way to the ceiling. Instead each inmate is allotted their own cubicle-sized space consisting of a bed with storage cabinets beneath, a desk surface, and a touchscreen TV. 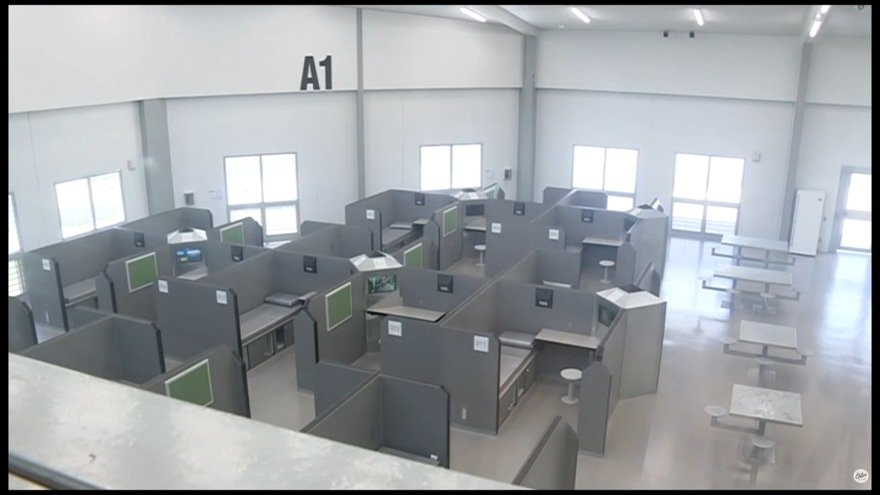 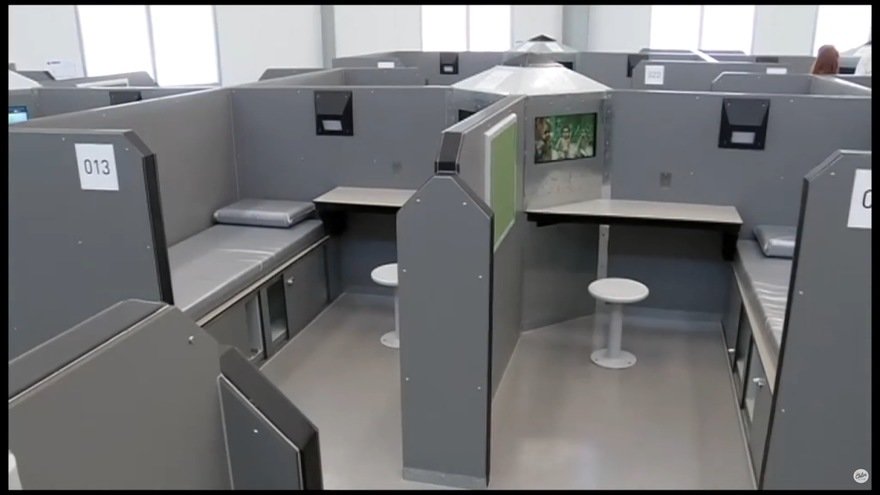 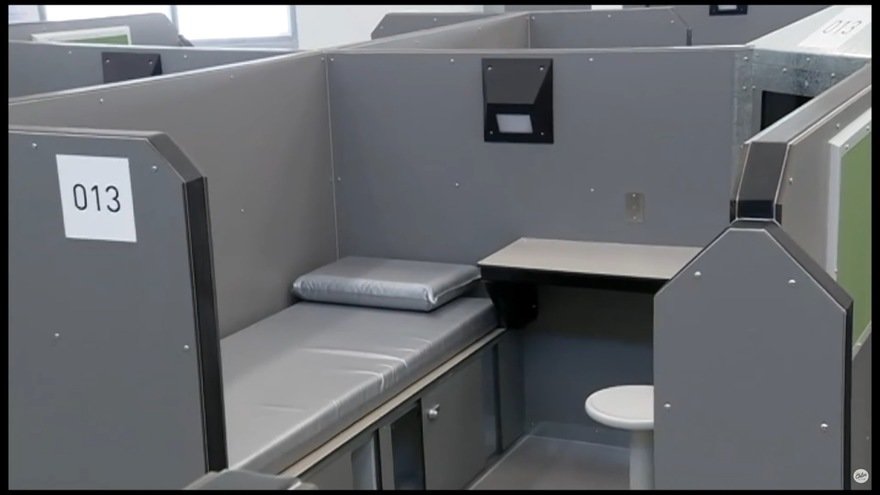 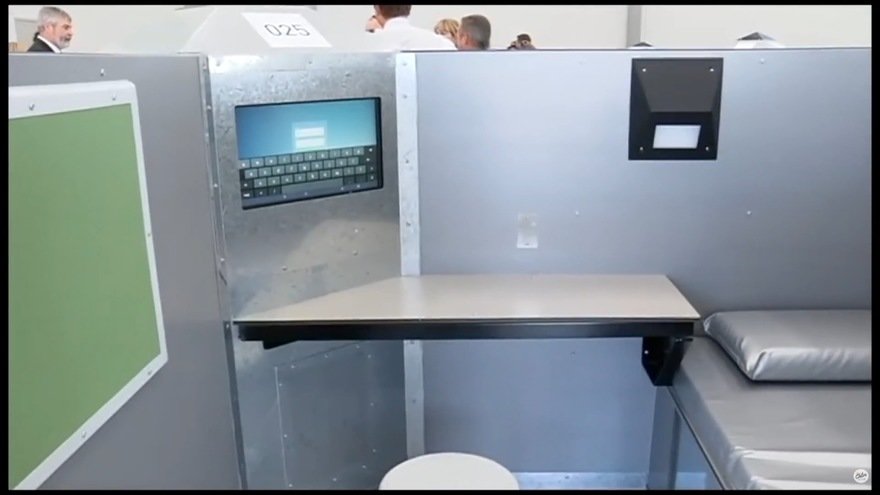 The touchscreens are part of a series of electronic-containing cores that each power the screens for up to four cubicles. 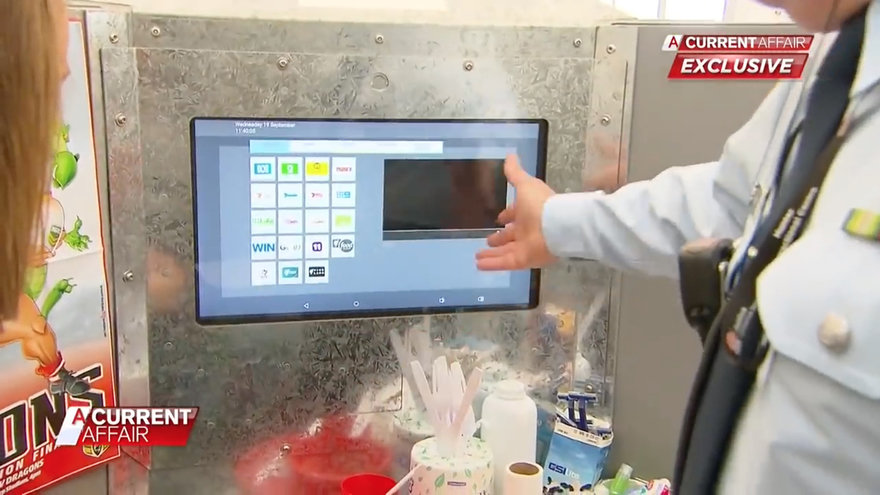 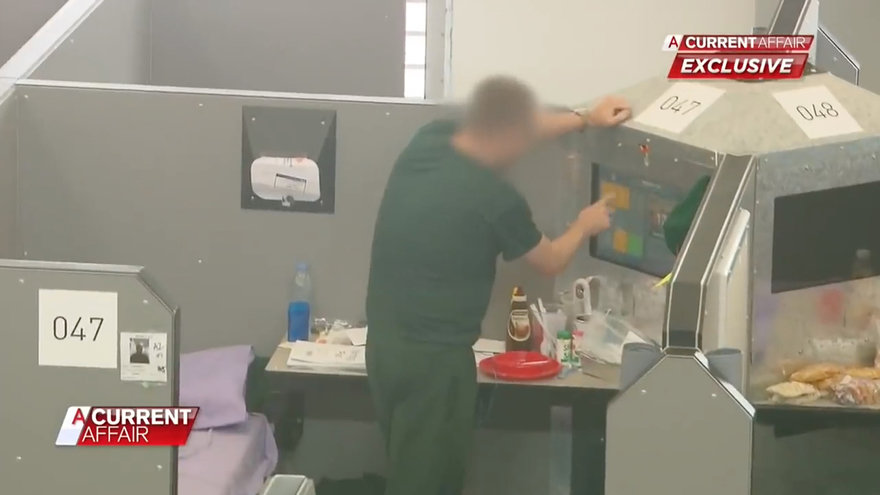 “Hunter and Macquarie represent a new approach to the design of maximum-security prisons in Australia. Each inmate is assigned his own cubicle within an open-plan 25-bed dormitory. Correctional officers observe multiple dormitories from an upper tier, ensuring that safety and security are not compromised. 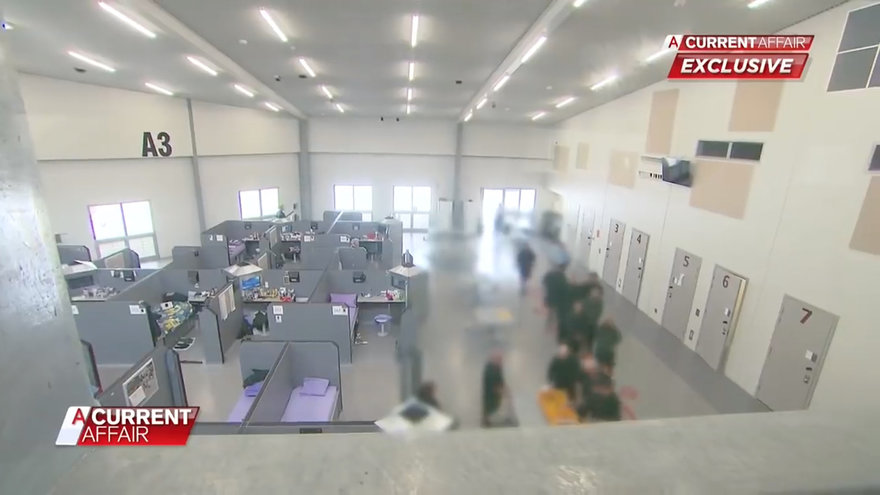 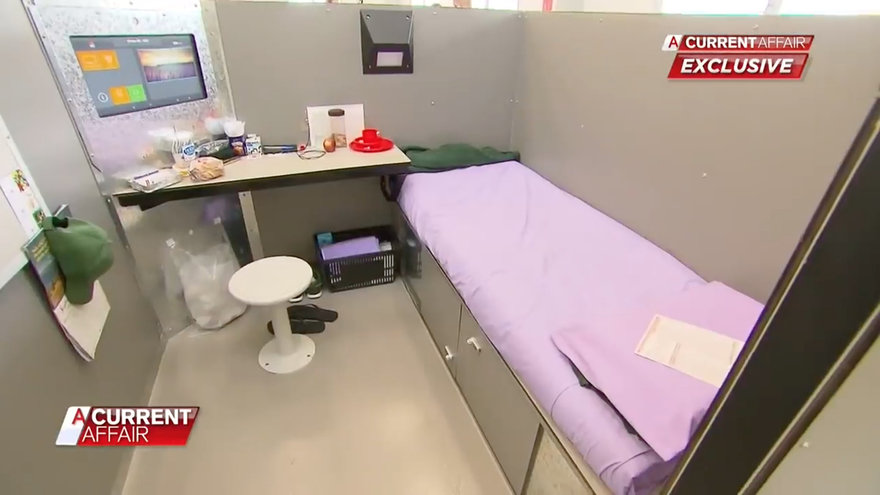 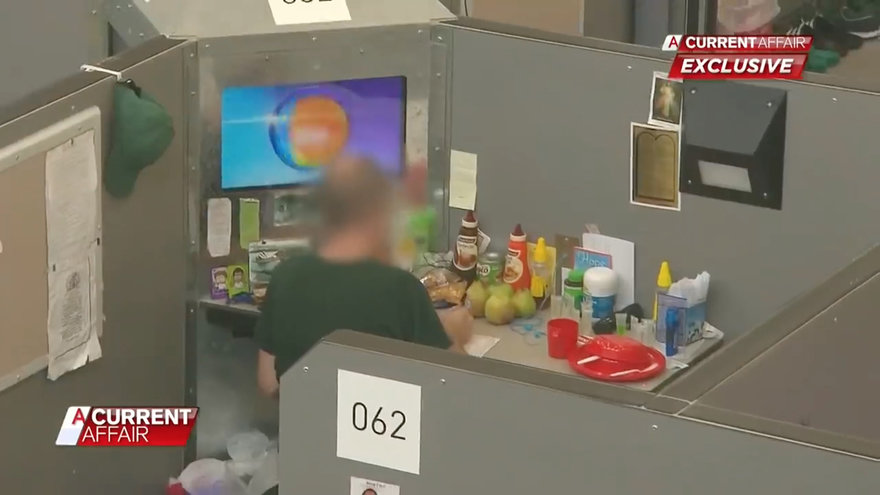 “Each dormitory has its own showers, toilets, kitchenette, telephones and yard. Each cubicle features an interactive television that the inmate can use to plan their education, work assignment, rehabilitation programs and other paperwork.” 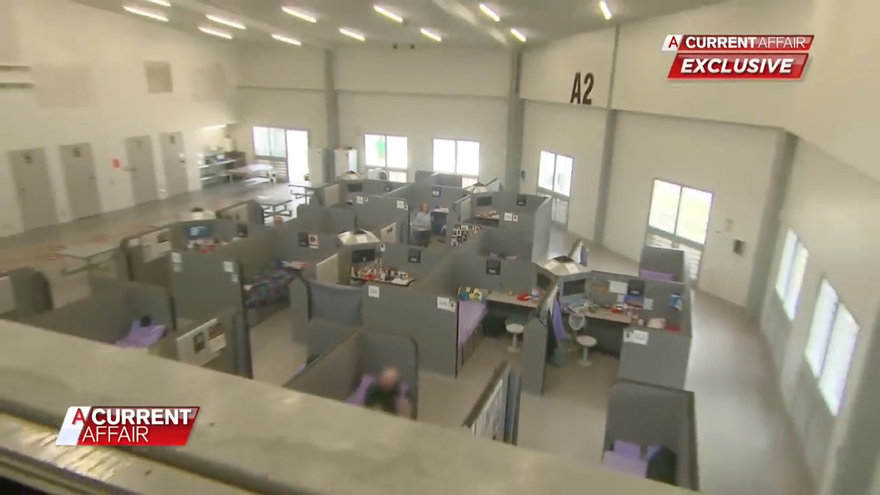 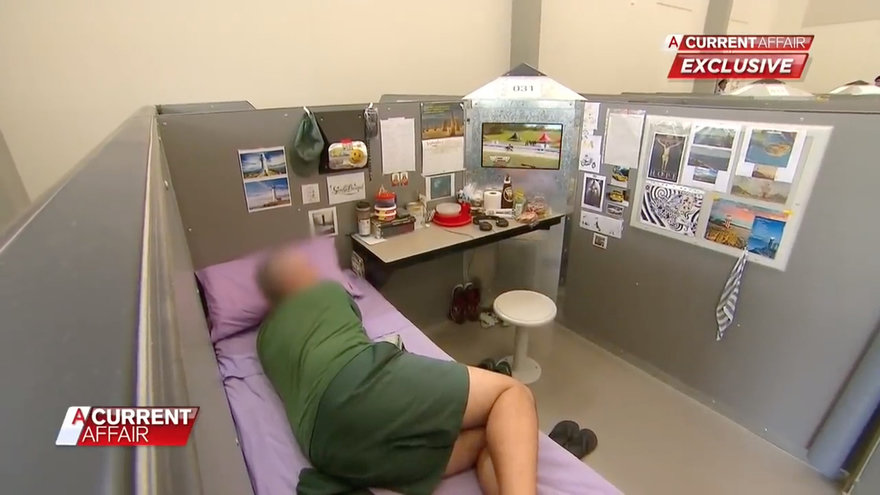 I’m sure you’re wondering how maximum-security inmates can be safely incarcerated in what amounts to an open-plan prison. Why aren’t they stealing each other’s things and/or fighting each other, as we’d expect to see based on descriptions of prison life we’ve witnessed? As you’ll see in the video below, it’s not just about the design of the physical space–but about designing the daily activities of a prisoner: What is a productive and potentially rehabilitative way for them to spend the bulk of their time?

There are better photos of the facility here.