Who said wearing a skirt should have to be specifically a girl’s thing anyway? This is exactly what part of the world has been asking itself as of late.

Castleview Primary School of Edinburgh, Scotland recently tweeted how their P6 class wanted to take part in supporting the #ClothesHaveNoGender initiative. While there were people who cheered the kids on, the tweet has inevitably sparked a bit of a debate. But let’s start at the beginning…

Whoever said skirts have to be a girls-only thing? In fact, a fight for equal clothes rights is going on right now 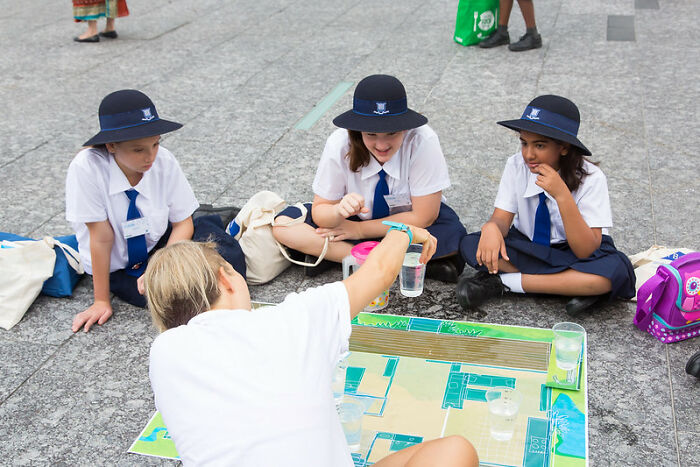 Back in October of 2020, a Spanish student by the name of Mikel Gomez wore a skirt to school. Because of this, he got expelled—yes, expelled.

In response to this, some of his male teachers decided to flip the school off by wearing skirts to school, thus expressing their support for Mikel and subsequently giving rise for the #ClothesHaveNoGender campaign.

There was a whole TikTok about it and whatnot. Because of all this, there is now a “wear a skirt to school” day that’s celebrated every year on November 4.

A class of students in this Scottish school decided they want to celebrate the Wear A Skirt To School day, and the school was all for it 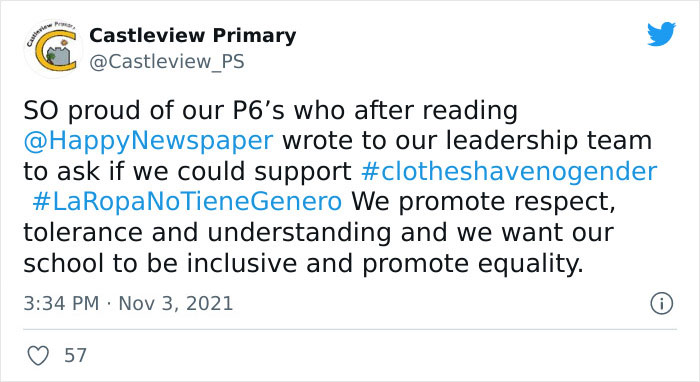 So, this year, the Castleview Primary School, located in Edinburgh, Scotland, had a group of its students ask for support for this very initiative. In particular, the school’s leadership team got a request to support #ClothesHaveNoGender (originally, #LaRopaNoTieneGenero), which the school did gladly.

“We promote respect, tolerance and understanding and we want our school to be inclusive and promote equality,” wrote the school in their tweet. 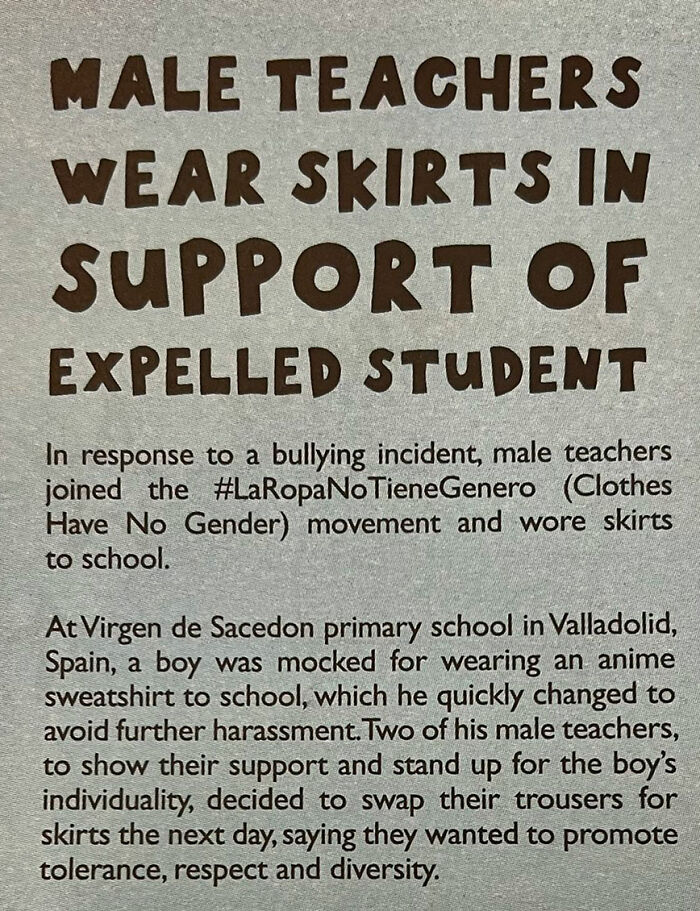 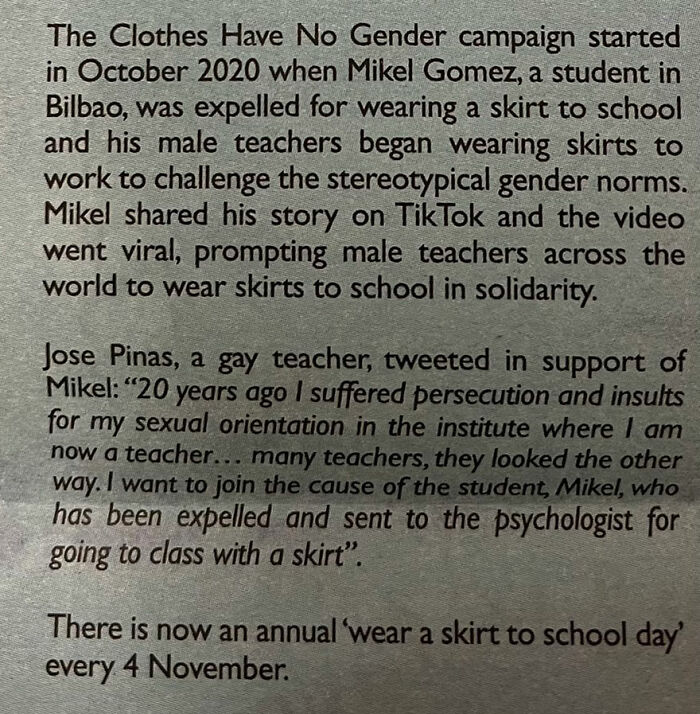 A mom of a student who attends the school even shared just how dedicated the kids were regarding this. Mother Nicola, with whom Bored Panda got in touch, shared a picture of her son Ethan sporting a skirt, smiling, all thumbs up in support of this equal-rights initiative.

“The majority of upper school took part, some P6 boys wore their skirts once in school on the Friday too. Less lower school boys took part, but I think that’s because they are still young,” explained Nicola. “The school [and its students were] mostly supportive. Ethan enjoyed taking part as he was happy to show his support.”

Well, unfortunately, not everything is all butterflies and rainbows as, despite there being much support for the students with skirts, the school’s tweet sparked debates and discussions on the topic. 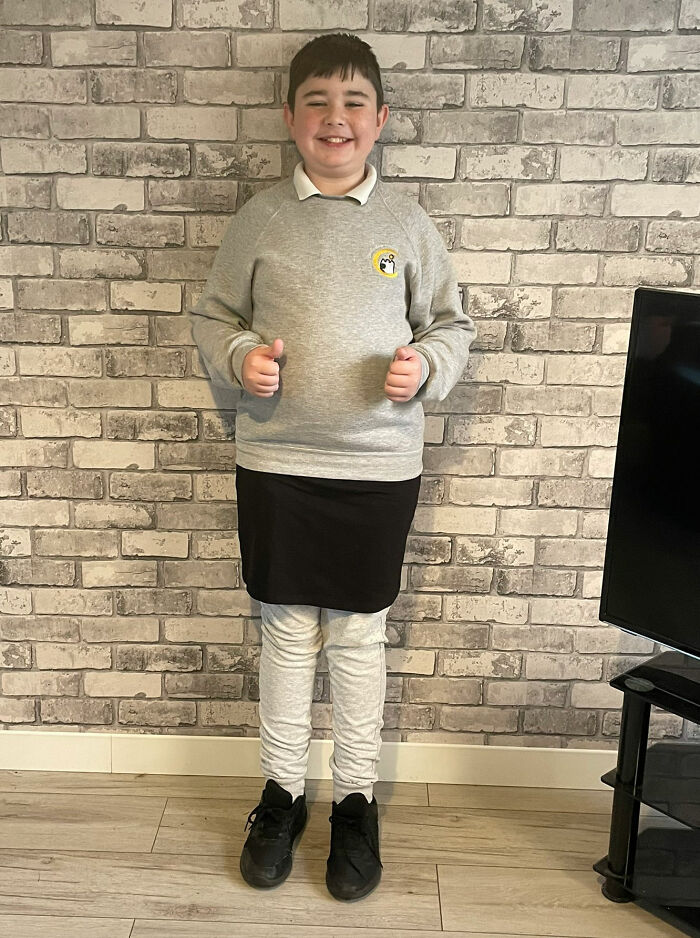 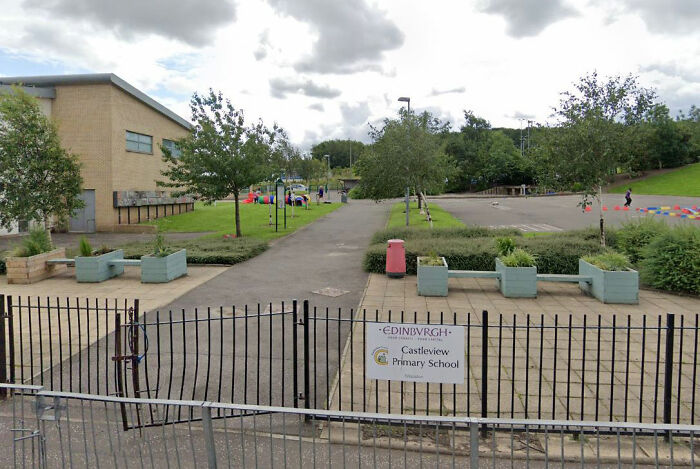 For the most part, some more conservative people were saying that the parents and the school ought to let kids be kids, and not be dragged into social and political commentaries. Others called it a disgrace, a mess and pure lunacy as there have to be boundaries (assuming gender).

“I think there was push back as some people were using it to fit there own narrative and it wasn’t about most things they were discussing—it was our kids showing support for another child and also the school supporting the kids in there choice,” elaborated Nicola. “The school makes sure the kids feel they have a safe space to express themselves and know that they can express they’re own views and opinions.”

Not everyone was happy about the initiative, claiming that it won’t end well

But let’s keep it positive, shall we? At the end of the day, the kids are raising awareness and helping those who need support to be themselves. Others also pointed out that nobody really forced the kids to do this—they got inspired and petitioned the school to help out, so this is all them here, ladies and gents.

And, many came to support the class and their fight for clothing equality. The school is empowering these kids, giving them a voice to say what they stand for. If anything, it’s good that it generates debates and discussions and makes people think about these issues.

Others, on the other hand, were all in favor of #ClothesHaveNoGender and thought the students did the right thing 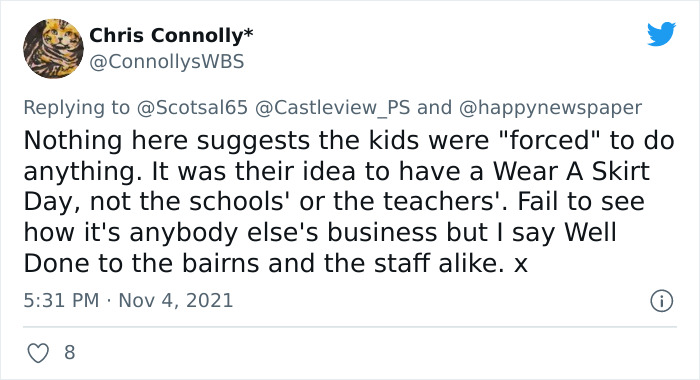 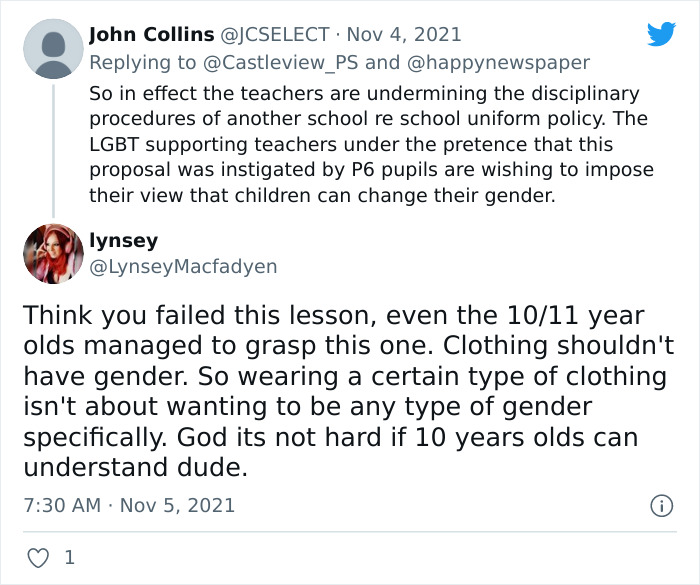 This bit of news is just one cog in the machine that is a rising movement. There was also one other notable gathering that made the news. Namely, it was a group of boys from Isca Academy in Exeter who decided to protest the no-skirts policy by doing just that—wearing skirts.

And we can’t forget Connor Keaney, the man who set out to prove that clothes have no gender by wearing skirts and dresses. You can read more about Keaney and his endeavor right here on Bored Panda.

“I think it is now part of the curriculum in Britain to cover these topics, and if other schools wanted to show support, they can,” said Nicola. “It’s whether the kids want to do things as they are the ones who choose. The school shows equality and helps kids understand resilience.” 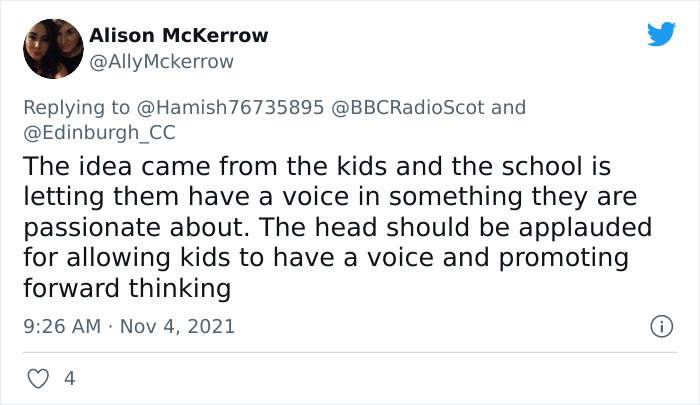 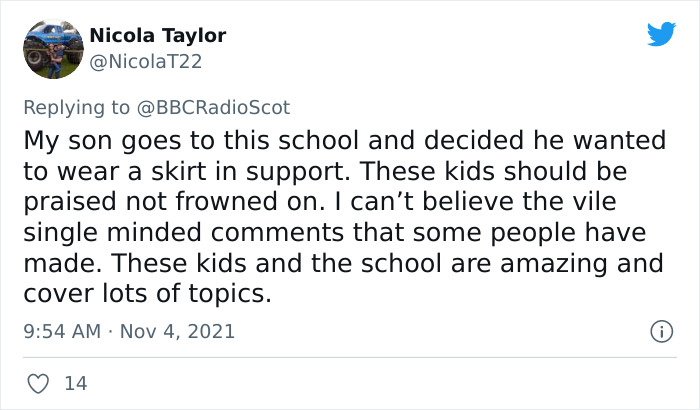 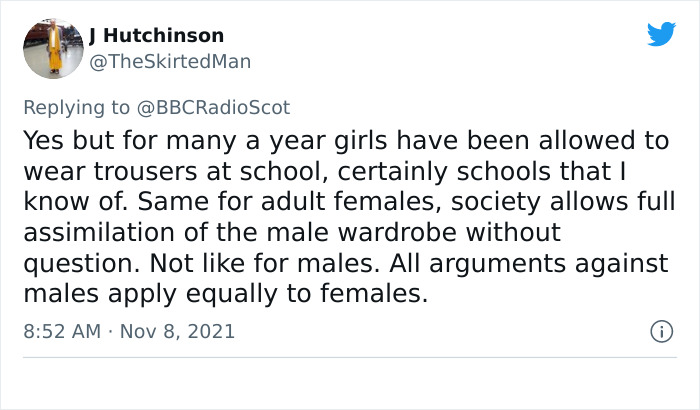 “These people are entitled to there own views and opinions in the subject, but not to personally attack us for what we support our children doing. At the end of the day, we have open communication with our children and with the school to have these important conversations and then support our children in their choices. Isn’t that what it should be about?”

We’d love to hear what you think about all of this. Let us know your thoughts in the comment section below!