There’s three big problems with those glass-fronted refrigerators used in supermarkets: Firstly, they don’t consume enough electricity. Secondly, the clear glass makes it too easy for shoppers to see what’s inside. Thirdly, they do not have the capability to give shoppers seizures. 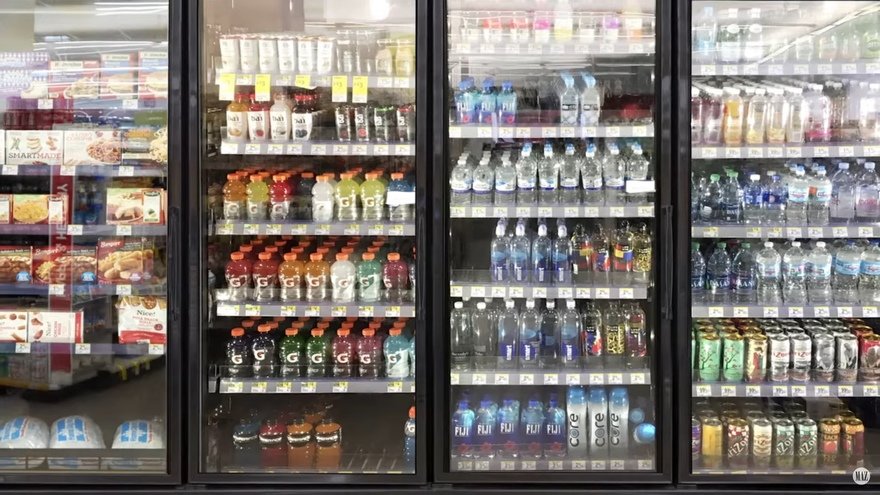 Here to solve all three problems is Cooler Screens, a Chicago-based startup that’s raised $100 million in funding. The company produces gigantic monitors that go over the front of refrigerator doors and can play video. In 2019 the company talked Walgreens into rolling these out in 50 of their Chicago stores. Last year, they announced they’d expand them into 2,500 Walgreens stores nationwide, and Walgreens competitor Kroger has reportedly inked a deal as well. 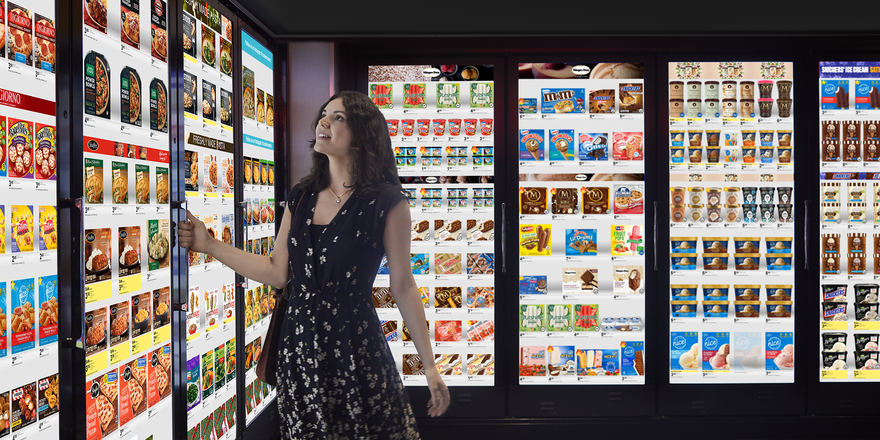 If these screens simply showed the actual inventory of each ‘fridge but with larger labeling and more legible price tags, I could call that a win for the visually impaired. 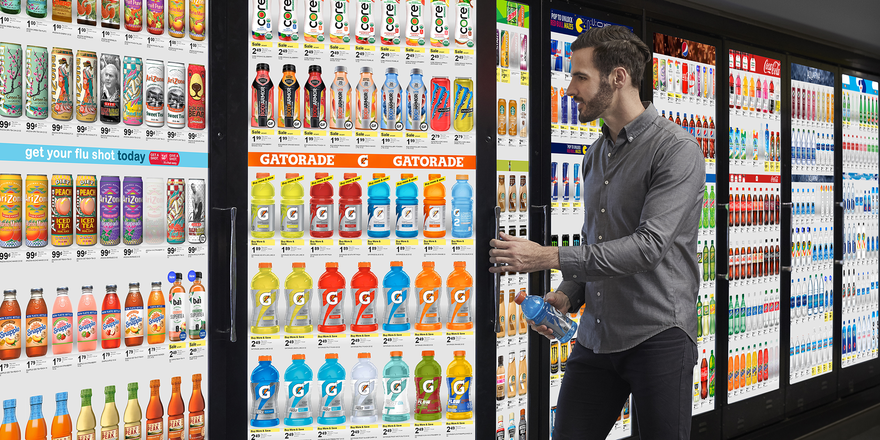 Instead, Cooler Screens views these as “media platforms” that can barrage the consumer’s senses with overlays and animations, so that they can sell, sell, sell. Imagine seeing this as you’re looking to locate a particular item in one of the refrigerators:

Actually, I just thought of another great value these provide. In dystopian TV shows like “Mr. Robot” or “Money Heist,” where hackers suddenly capture every screen in the world to broadcast their messages, there’s never been a way to reach those shoppers in the back of the store. Problem solved.