Discussions about gender identity and gender expression have always been full of controversy. These ongoing discussions shed some more light on the problem and give hope that some positive changes will be implemented in the future. At least it seems to be happening in Temple, Texas, where Temple High School students organized a huge walkout after one of the students there was banned from using the girls’ locker room because it’s for “actual girls” and not trans people. 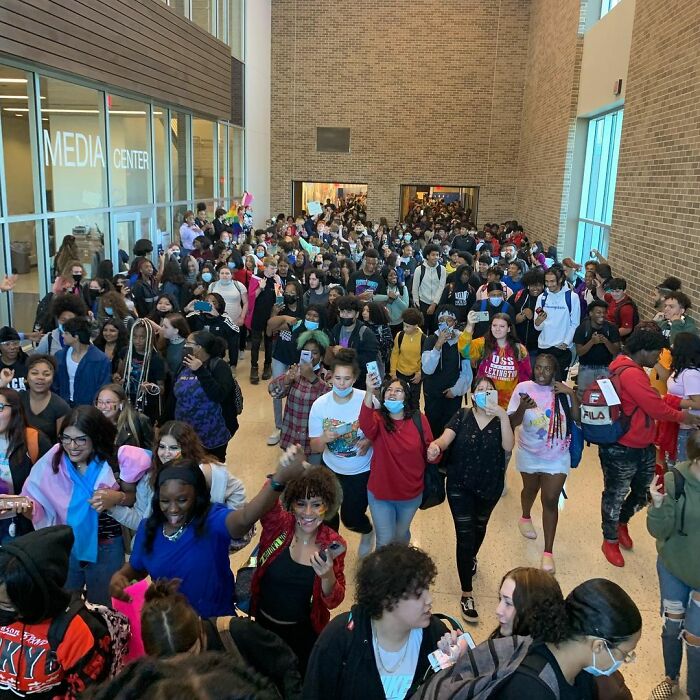 Kendall Tinoco is a 16-year-old Temple High School student who is a transgender woman. On September 22, she shared an Instagram post where she revealed that recently she was denied access to the girls’ locker room by one of her teachers because it’s for “actual girls.” At first, the young woman didn’t think much of it because she thought that the teacher was transphobic and continued using the girls’ locker room. 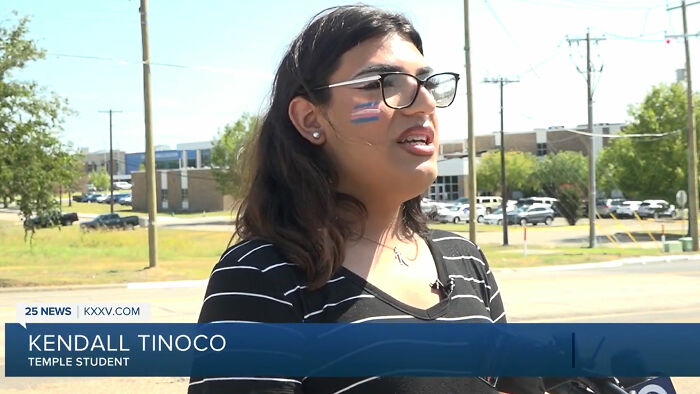 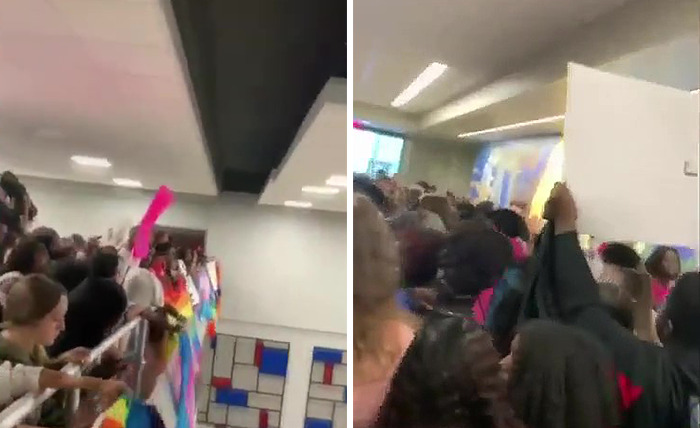 Kendall also added that she had been using women’s bathrooms since she was in 7th grade and even had a form that stated that no one has the right to tell the girl which bathroom or locker room she should choose. This all led up to the school administration, where they weren’t able to help Kendall much. The situation concluded with authorities saying that they would need to take this even further for her to be recognized as a female and allowed to use the women’s locker room. 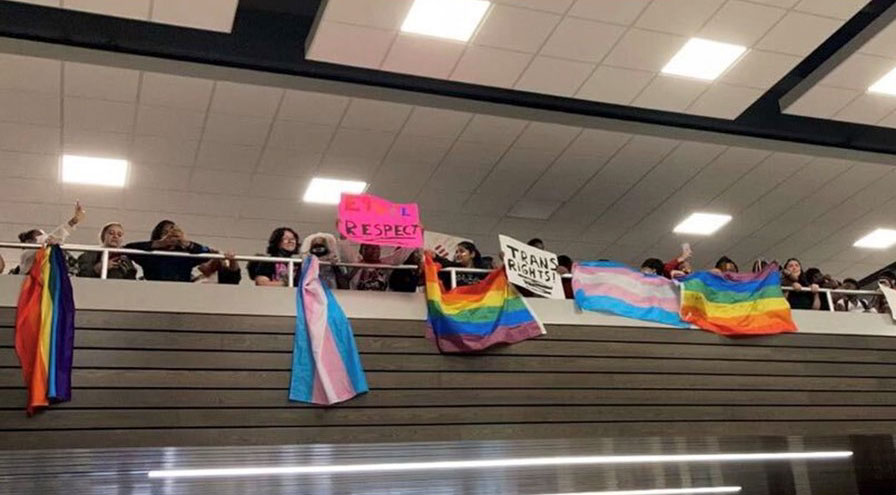 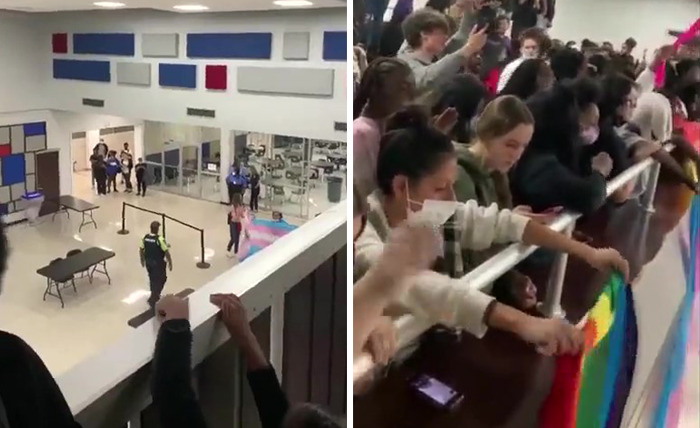 Soon the student’s post went viral and resulted in a peaceful protest organized by the students of Temple High School. On Wednesday, September 29, they walked out of their classrooms and filled the school’s corridors to express their support for their classmate and other transgender people. Soon the internet was full of videos and photos of students standing with LBGTQ+ flags, chanting “Trans lives matter.”

Check out the video from the protest down below

Kendall Tinoco, who was banned from using a girls’ locker room, shared her horrible experience on Instagram 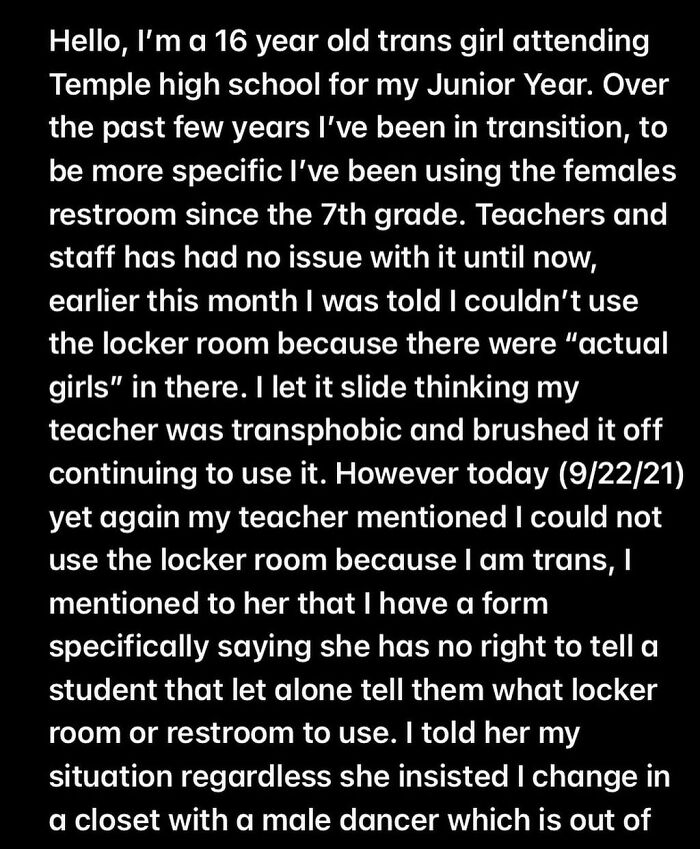 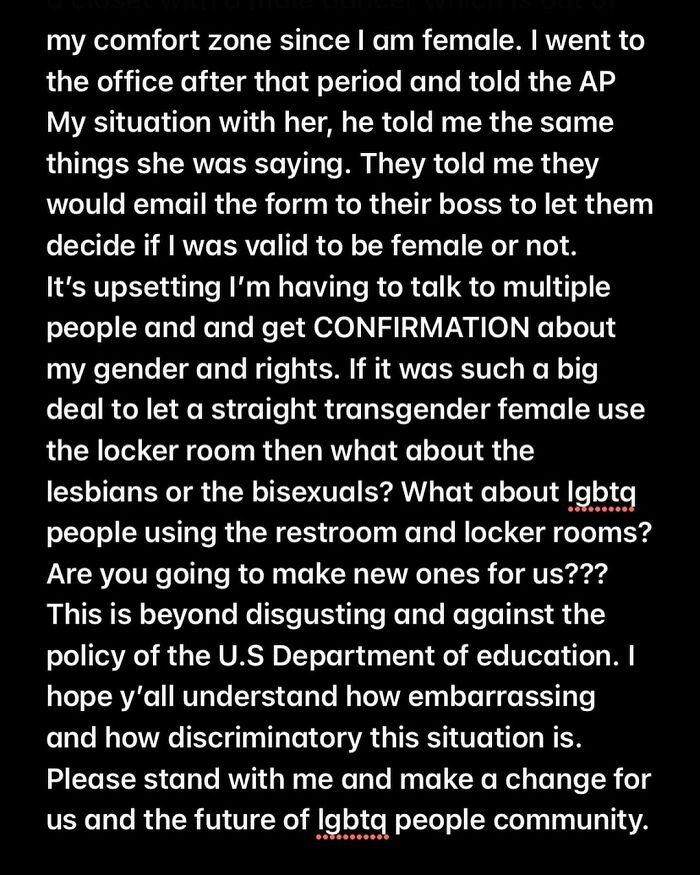 Local news channels were able to receive comments from Kendall as well as from Christine Parks, who is a spokesperson for Temple Independent School District. The student expressed her joy to see “all the transgender, LGBTQ people come together and stand for one another.” The spokesperson revealed that to ensure the safety of the students and those who worked in school, they had to increase security. She also shared that the school’s administration had a meeting with Kendall and her parents to review the guidelines for transgender students.

The key points that had to be reviewed were: the student has to be identified by their legal surname, they have to dress according to the school’s dress code, and to ensure their privacy, a “gender-neutral” bathroom and changing room should be available for them. 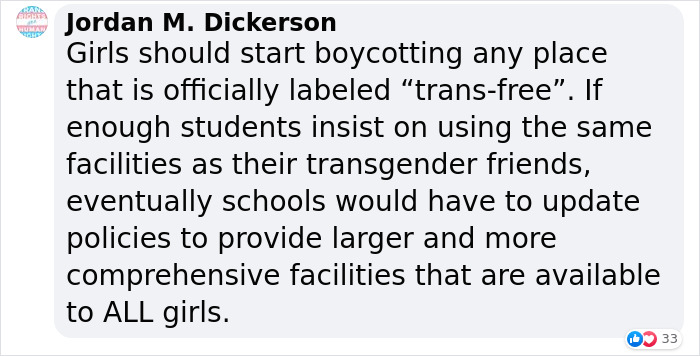 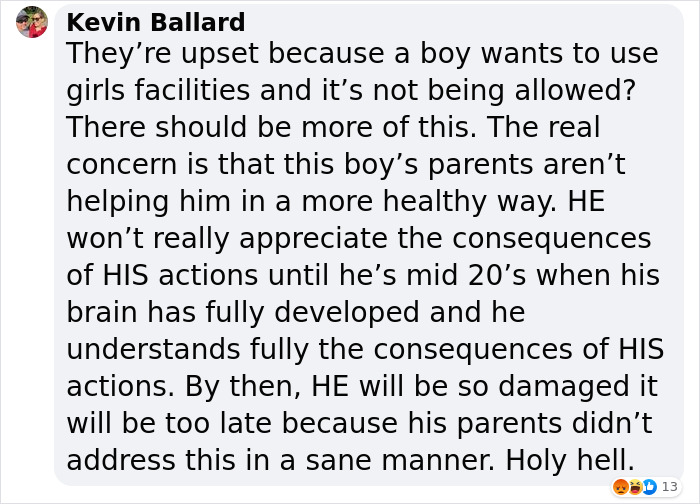 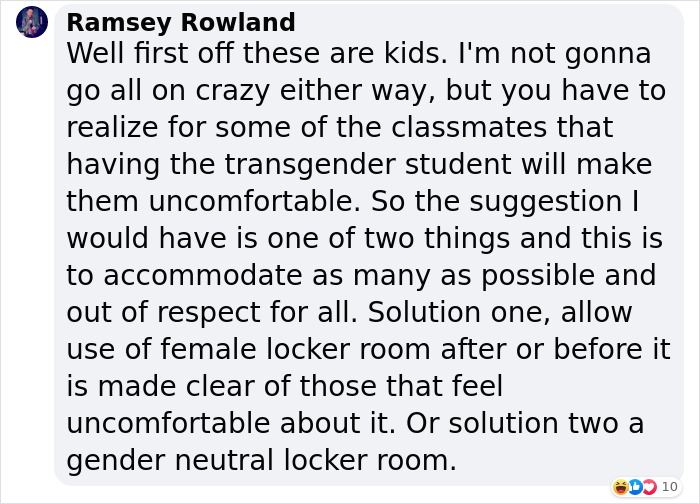 The post “This Is Beyond Disgusting”: Texas Students Organize A Protest After Trans Teen Gets Banned From Girls’ Locker Room And Bathrooms first appeared on Bored Panda.