Here’s an unsung 20th Century industrial designer whose name you should know: Alexander Tremulis (1914-1991), who started his career with the then-burgeoning American automobile industry in 1933, joining the design team for Auburn-Cord-Duesenberg Company at the age of 19.

Over the course of his career, Tremulis designed distinctive vehicles that rnaged from influential to quirky. Some of the standouts are the 1941 Chrysler Thunderbolt concept, the 1948 Tucker 48, and the 1978-1987 Subaru BRAT. 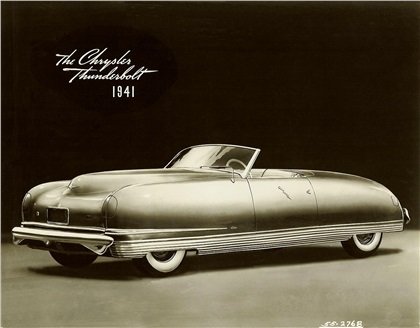 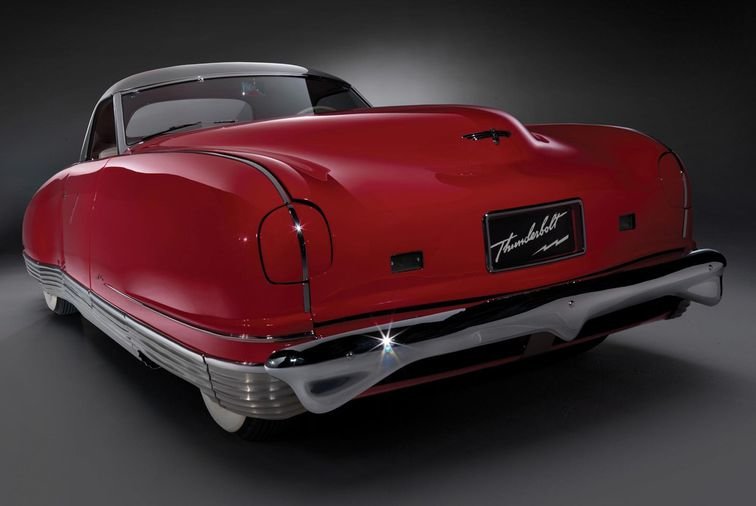 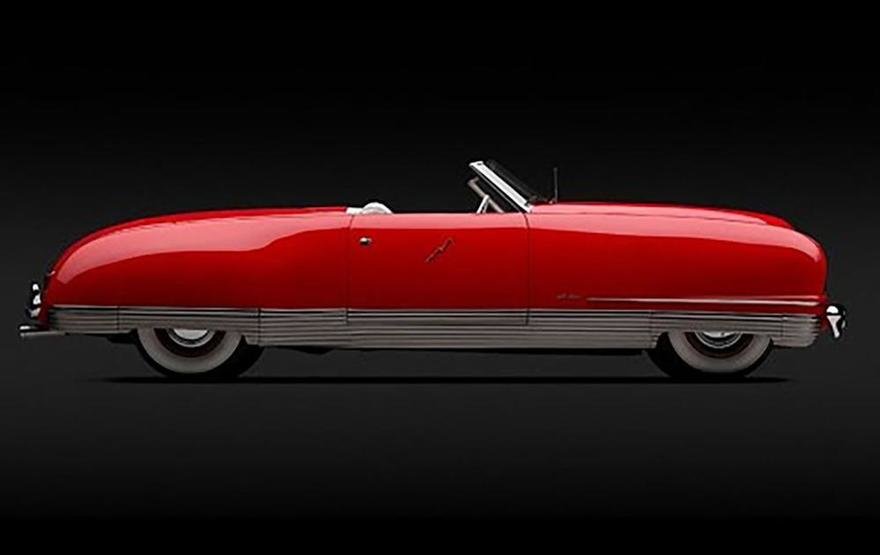 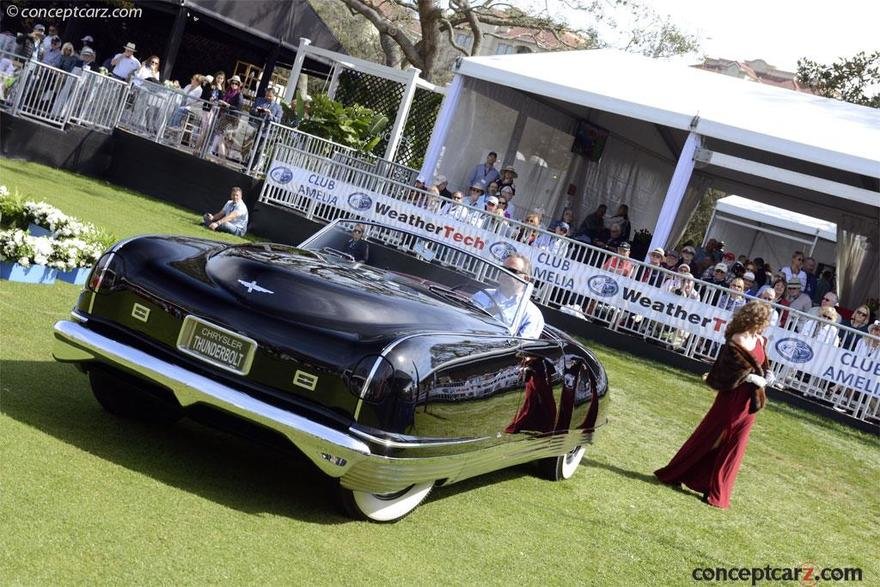 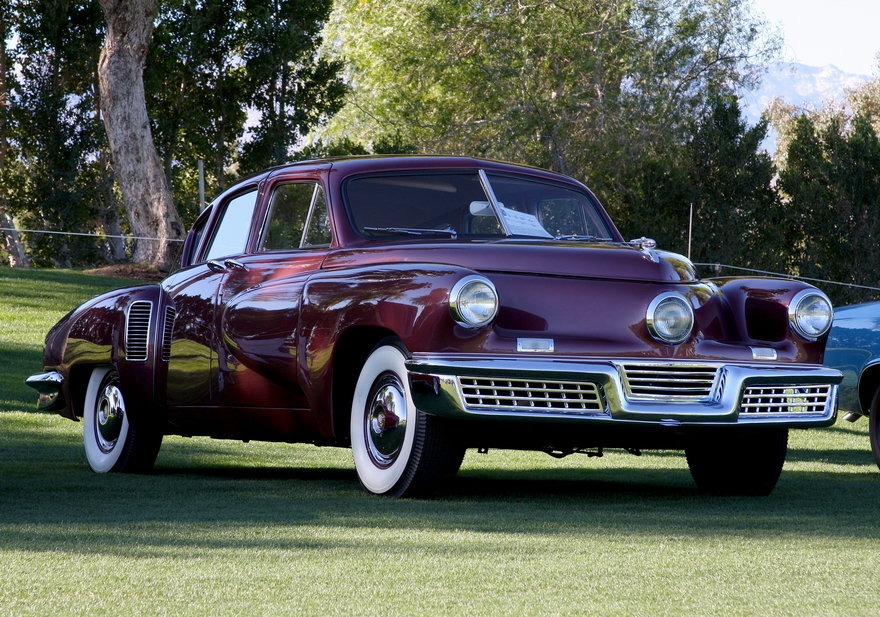 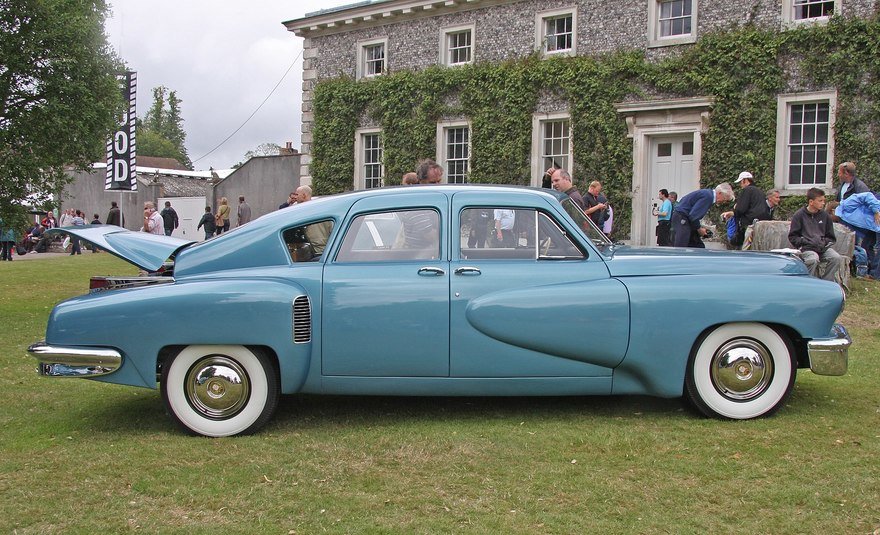 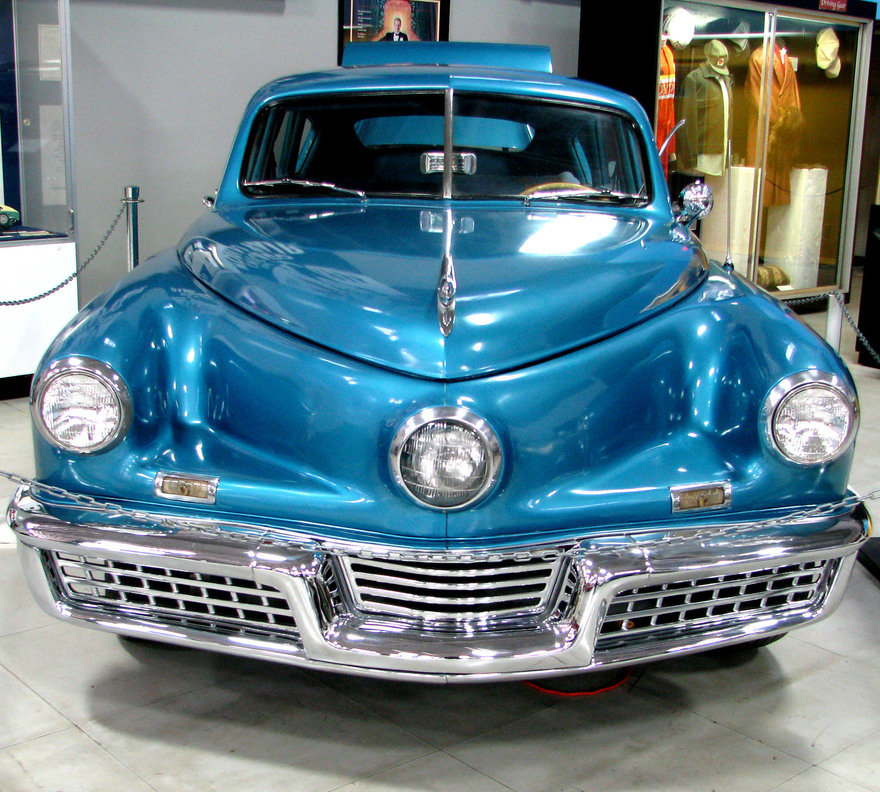 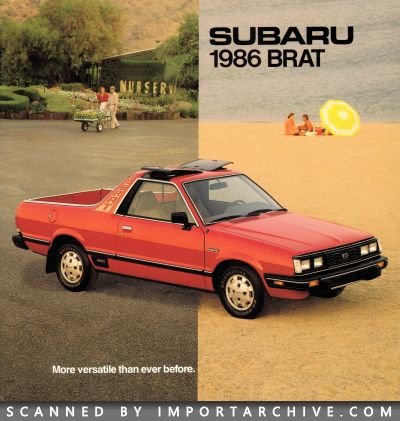 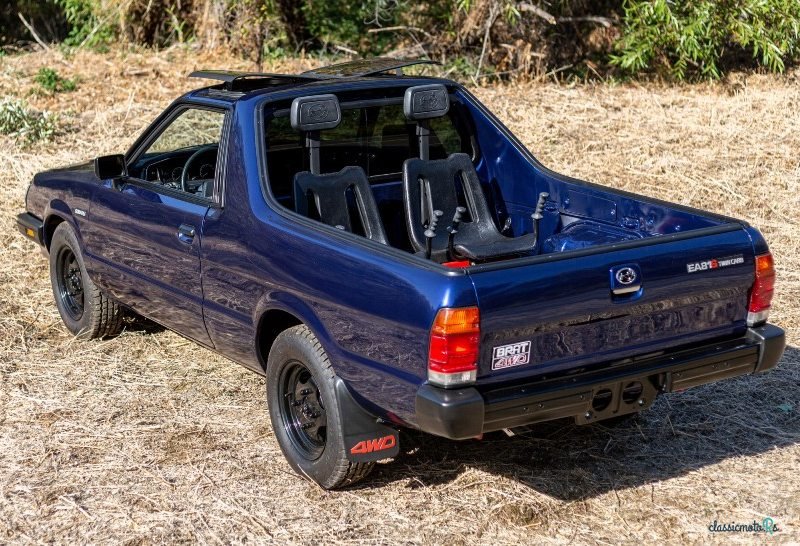 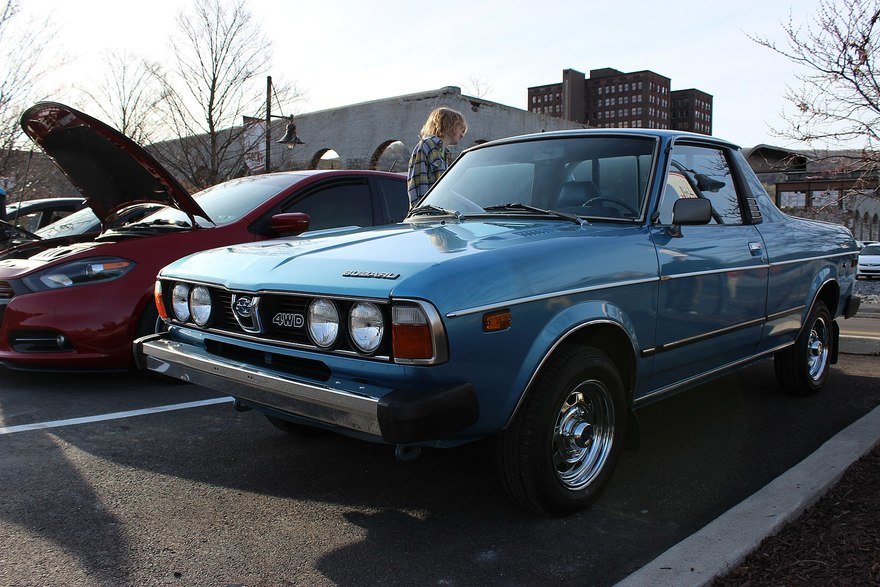 The craziest-looking vehicle Tremulis designed was this 1967 prototype for the Gyro-X, created in collaboration with Tom Summers, an engineer who specialized in gyroscopic systems for missiles. 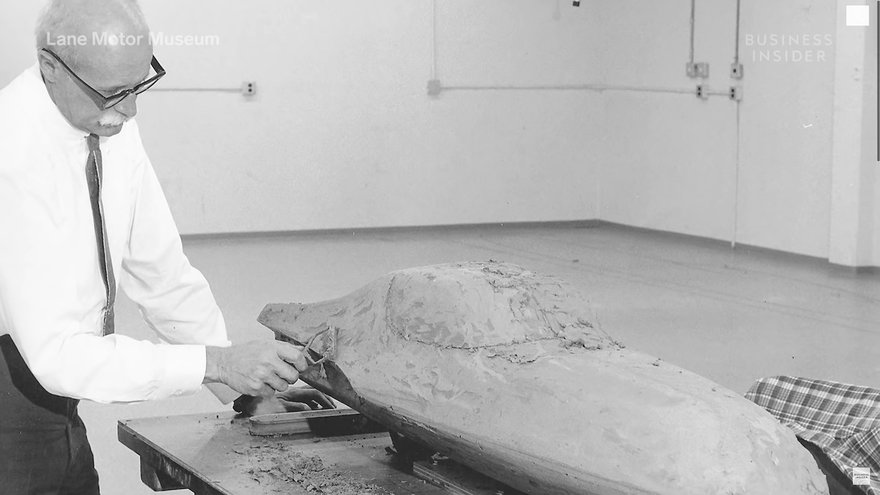 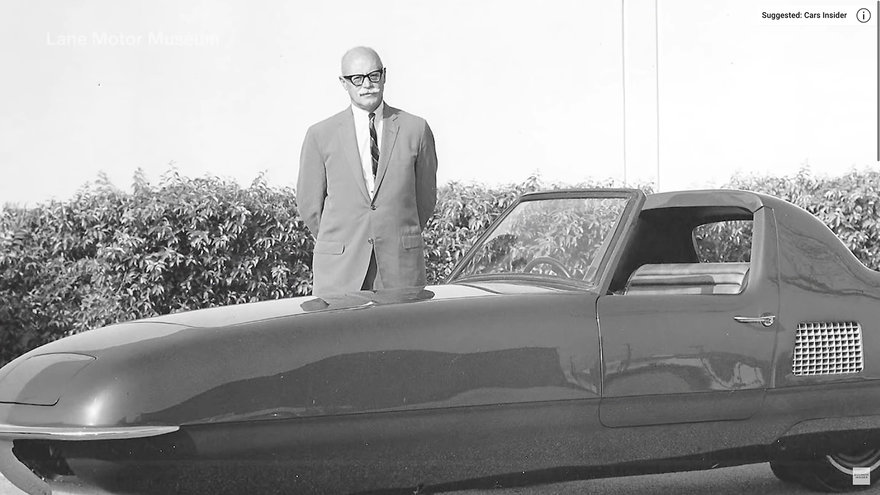 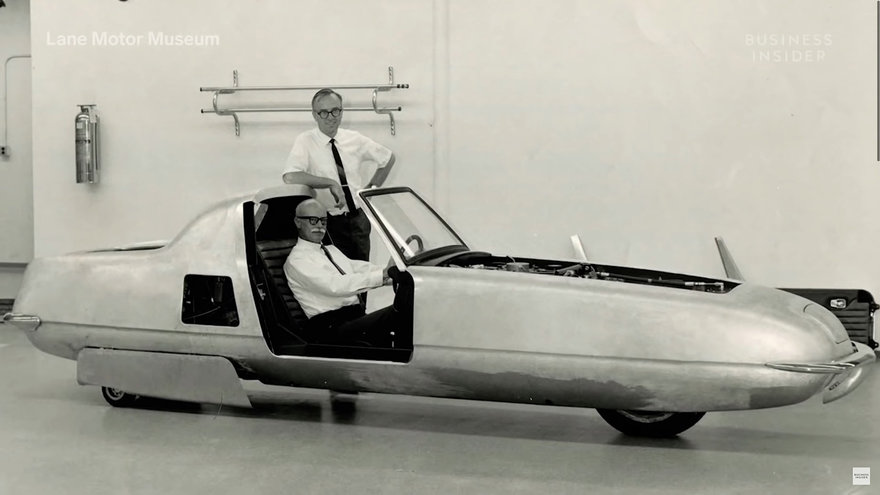 The vehicle was envisioned as a traffic-busting commuter car; if everyone had one, the thinking went, you could fit twice as many cars on the road. In order to get the narrow half-car width, it would ride on just two wheels. 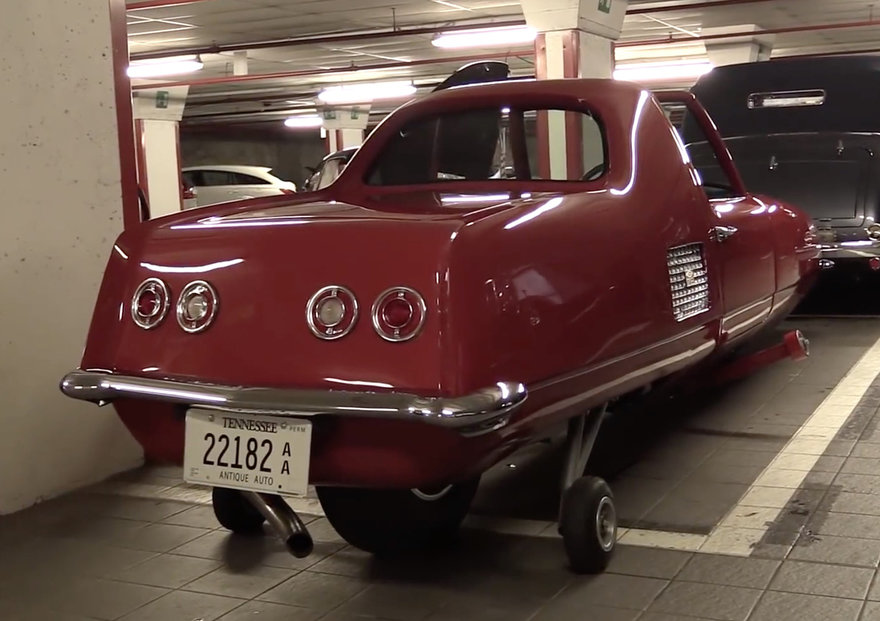 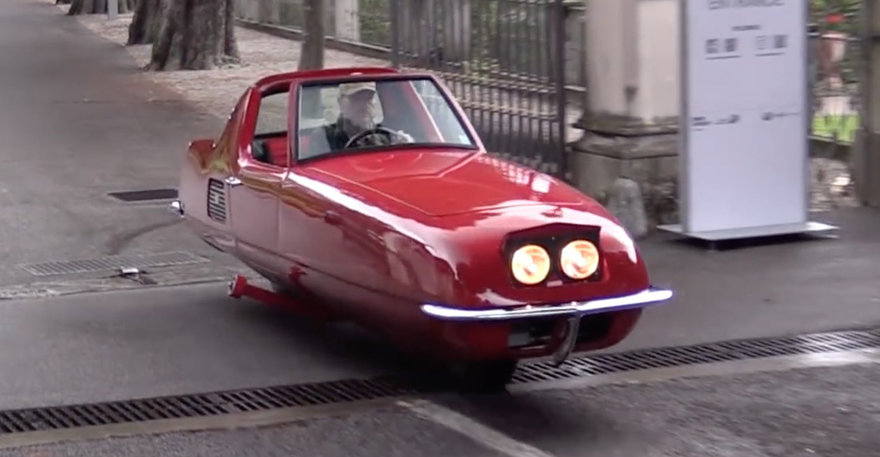 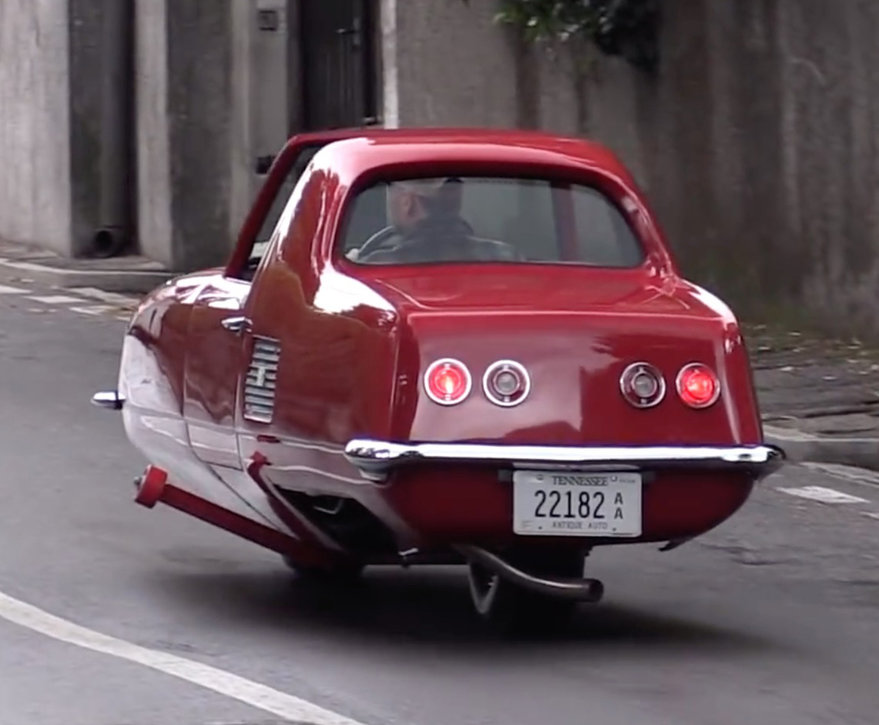 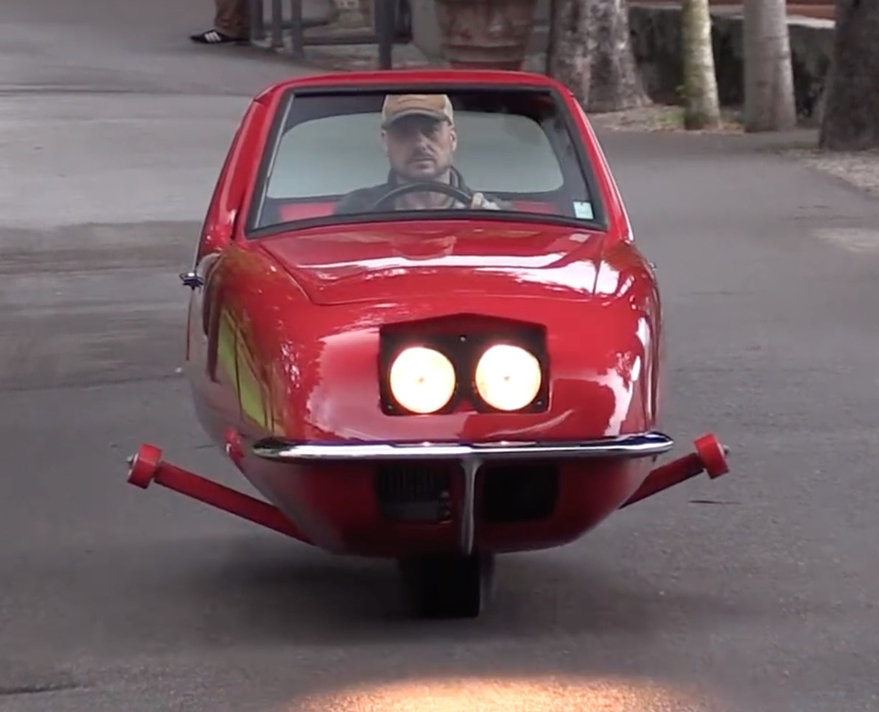 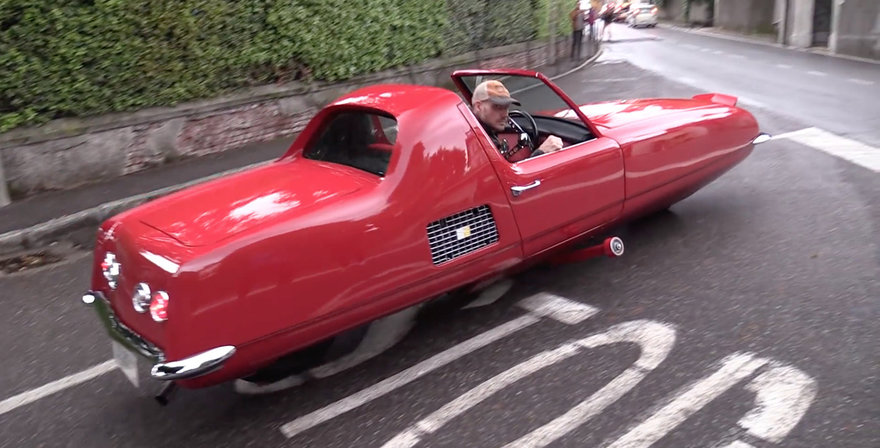 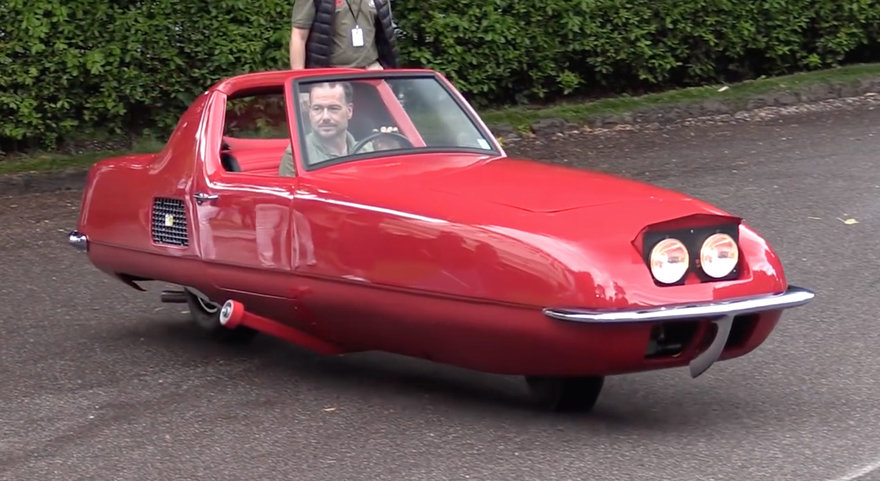 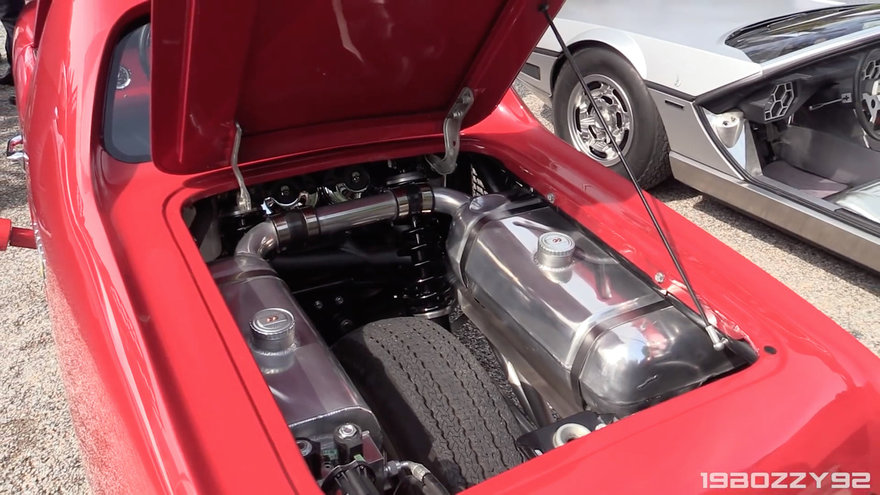 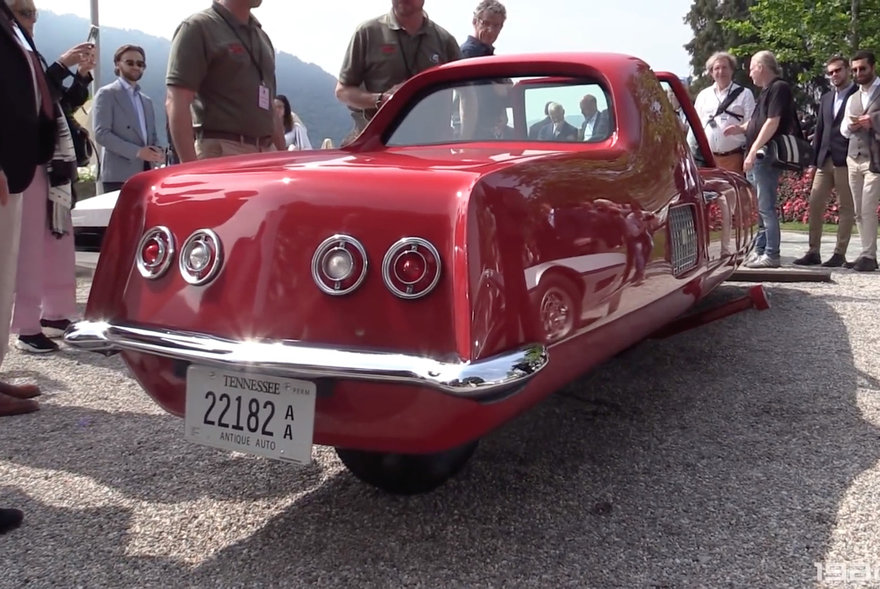 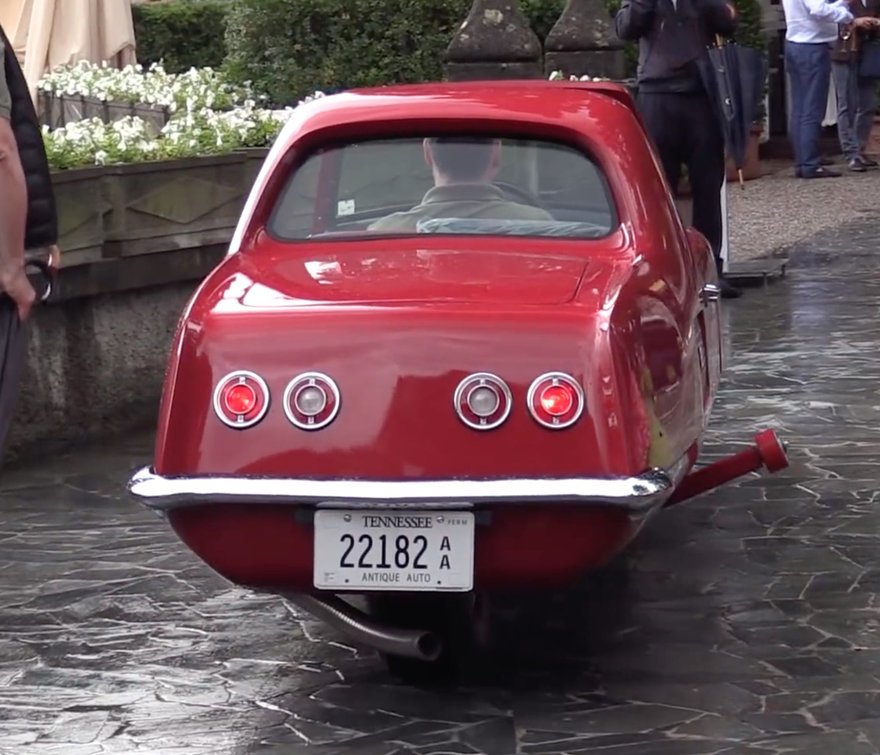 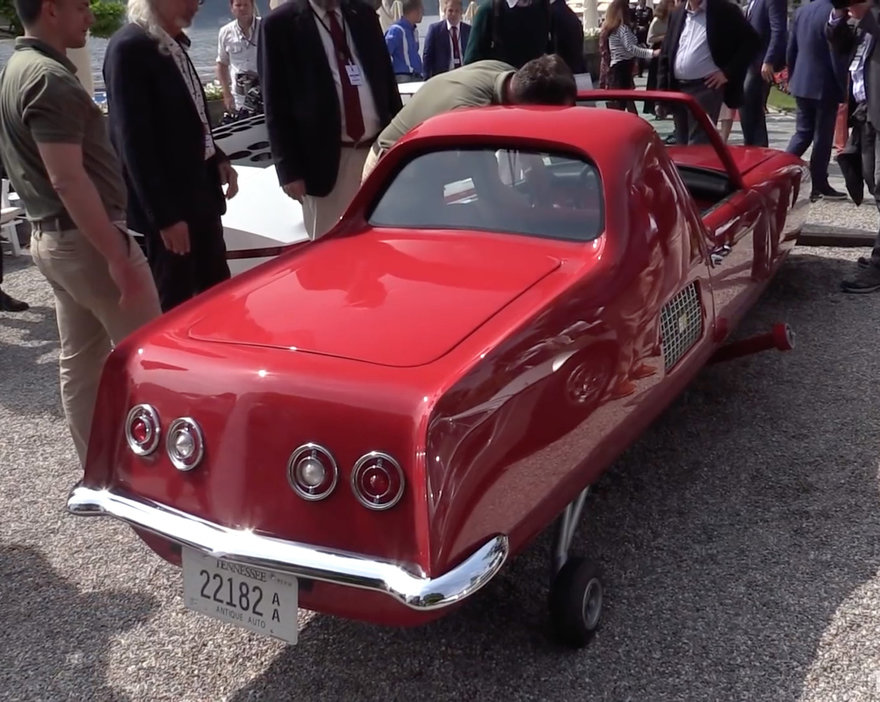 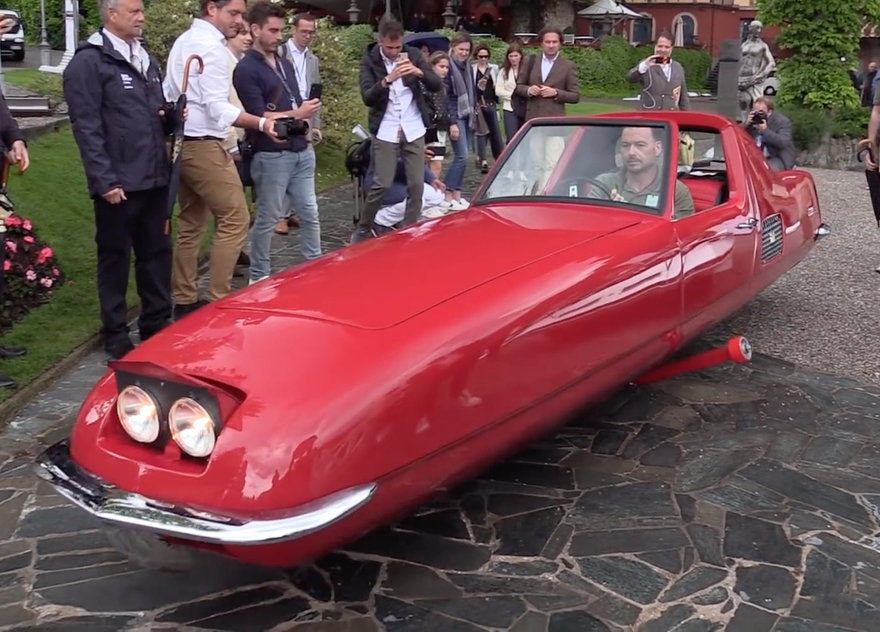 Balance would be achieved by an internal gyroscope developed by Summers. 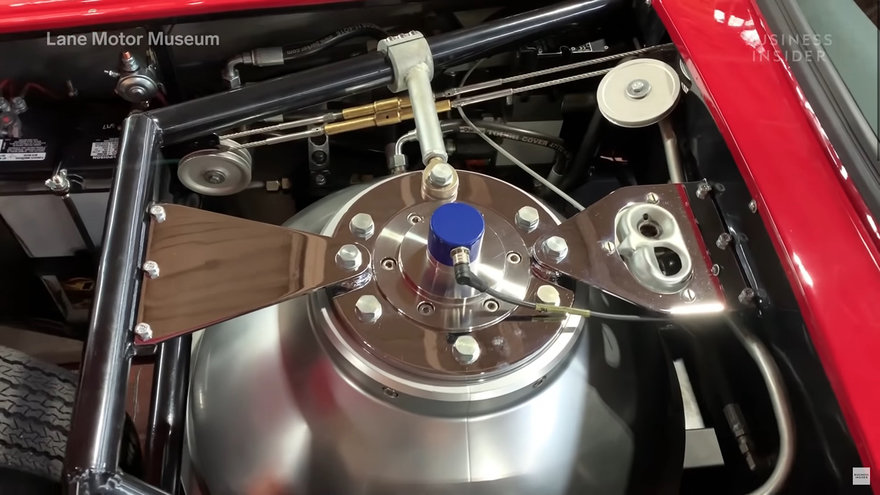 Fascinatingly, the car can balance itself on two wheels even while standing still. Here they retract the safety wheels to show you:

Here’s an explation of how the car works, as explained by Jeff Lane, Founder of the Lane Motor Museum. Lane acquired the car–in rough, unworking condition, missing its crucial gyroscope–but managed to retrofit a gyroscope designed to keep yachts stable: