The healthcare system in the US is always the target of criticism from people in other countries. They hear the heartbreaking stories of Americans not being able to afford their medication and avoiding calling an ambulance because they fear what the bill will look like. Especially when they compare that to their own experience of having a calm heart knowing that if they need medical assistance, it won’t make them go bankrupt.

Literally every single service you get at the hospital in the US has a price. Even if you are not sick. Even if you are giving birth. A lot of people have heard about the crazy bills people get for being hospitalized, but not so many know the crazy amounts Americans have to pay after the stay at the hospital after giving birth. The trend of moms saying how old their children were when they paid off their bills went viral on TikTok and made foreigners grateful that they didn’t need to worry about that. 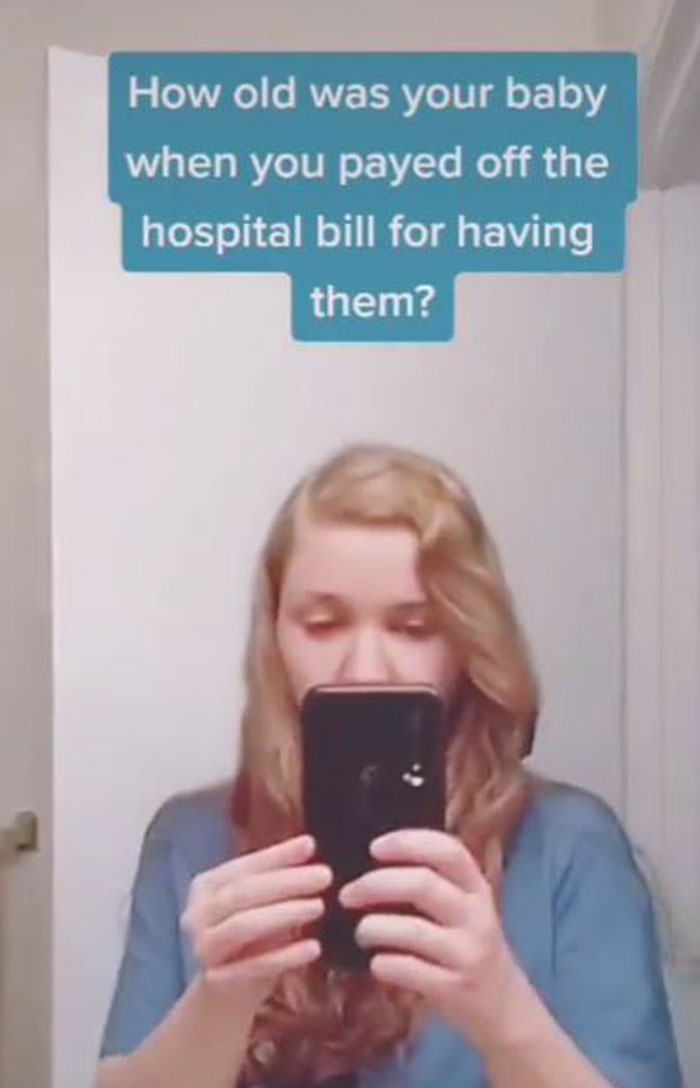 It’s expensive enough to raise a child just as it is. Maybe you wouldn’t think it is at first, because people tend to think that babies are alive on love alone. But what about a stroller, a bed, a car seat, and all the clothes that need to be renewed as the baby is growing very rapidly? Other unexpected expenses?

And on top of worrying how parents will prepare their children for college 18 years later, they have to deal with the enormous hospital bills they receive after. 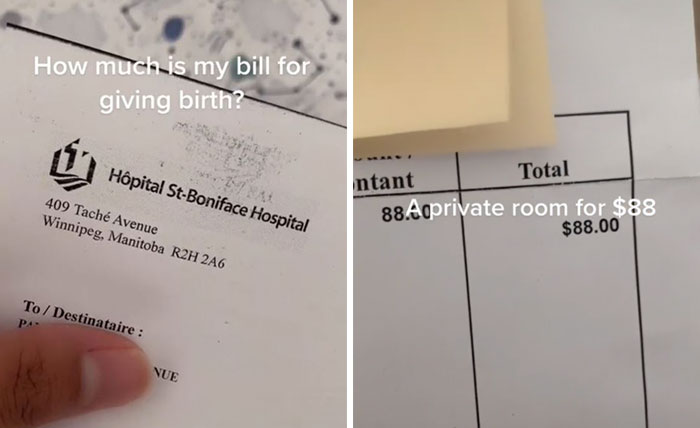 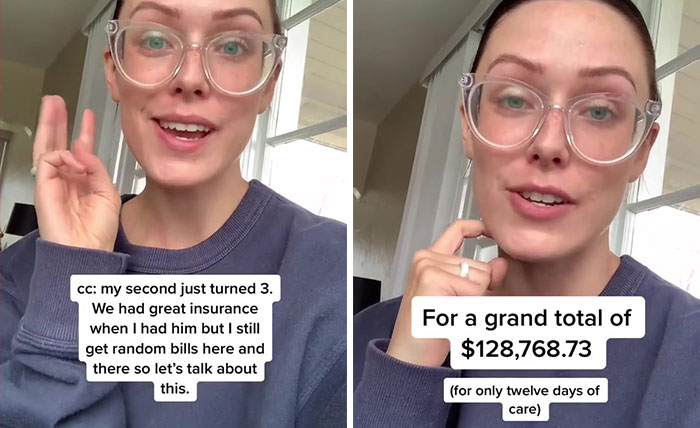 A TikTok user whose account no longer exists but had the username @mslilyflowers asked other moms, “How old was your baby when you paid off the hospital bill for having them?” She herself said that it was not until her kid turned two years old.

Other moms related and shared the amounts they have to pay off for staying at the hospital. They were saying that they are in debt thousands of dollars. The amounts are bigger if the babies had to stay in the neonatal intensive care unit where they are taken if they are born prematurely or need care because of complications. The cost also includes the care of the mother after the delivery. 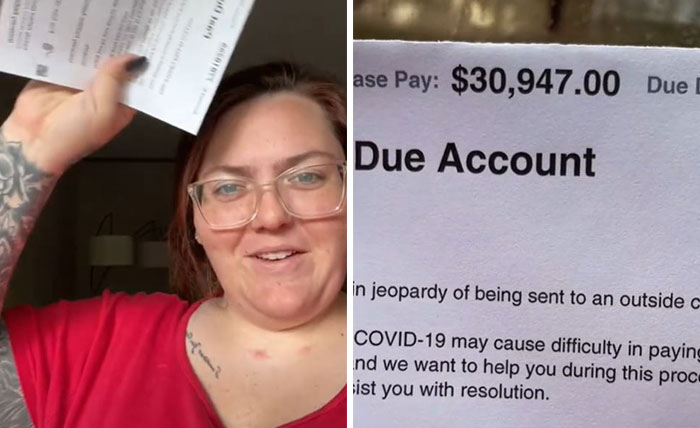 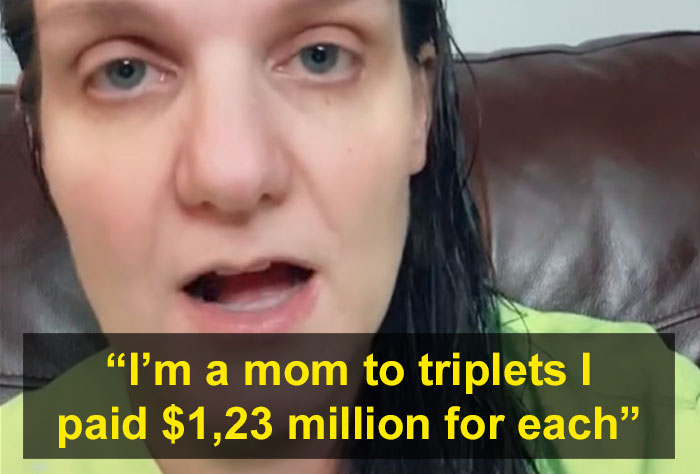 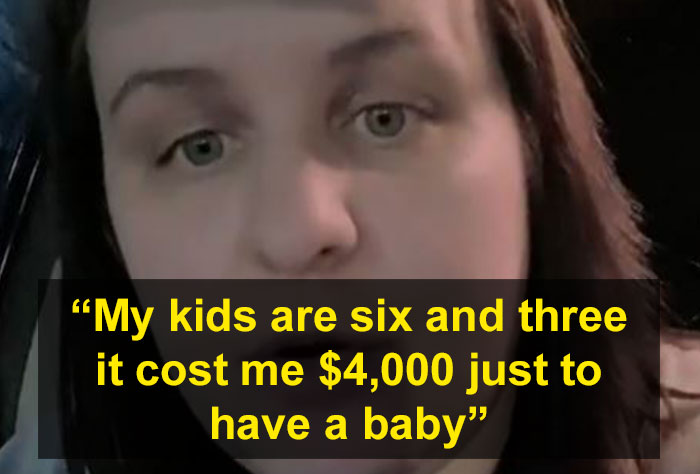 Most Americans have insurance, but every insurance company has different policies and all people have to pay different amounts 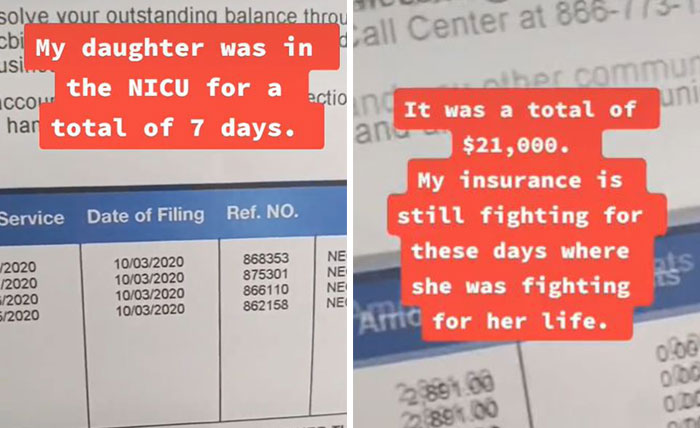 Some people are more lucky than others and they have insurance that covers a part of the hospital debt and parents will have less to pay. Over 90 percent of Americans have insurance, but it doesn’t cover all medical costs; also, every insurance company has a different policy and different hospitals have contracts with different insurance companies so even if you have insurance but you go to the wrong hospital, you may not be covered.

While giving birth is covered partially by the insurance companies, people will still receive the bill and will see the amount that it took them to bring a child into this world. 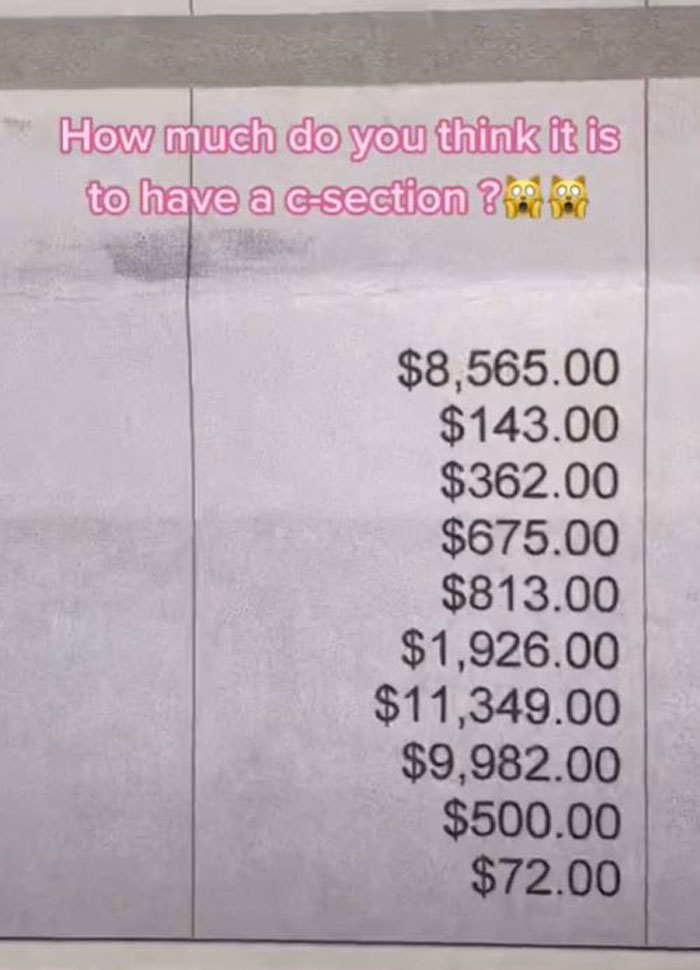 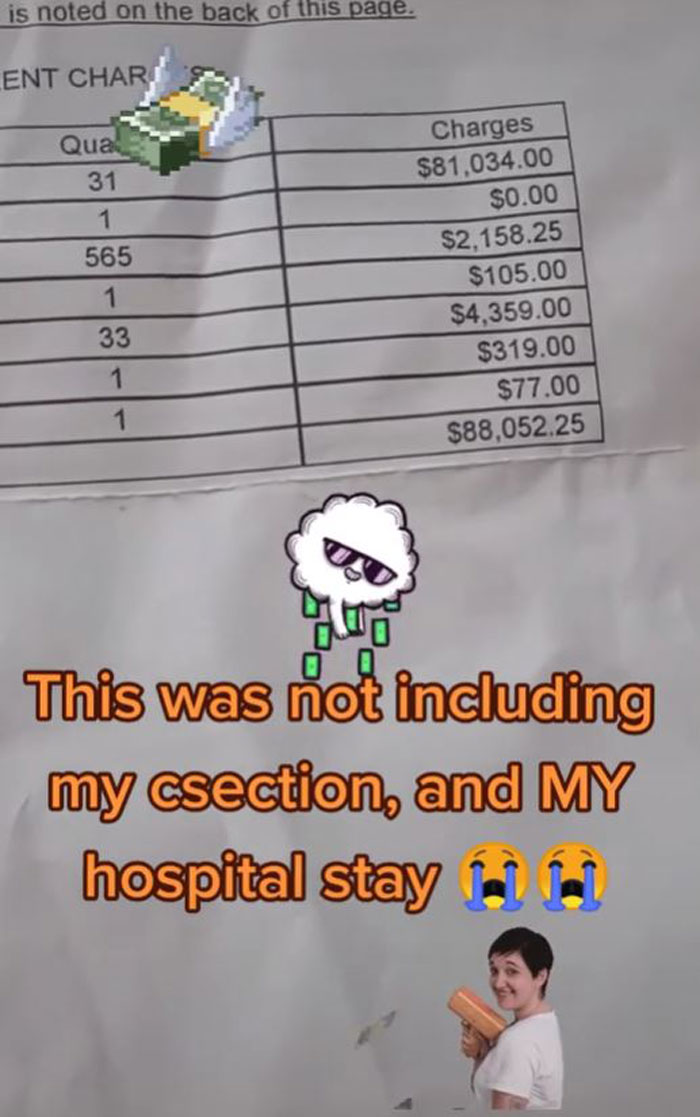 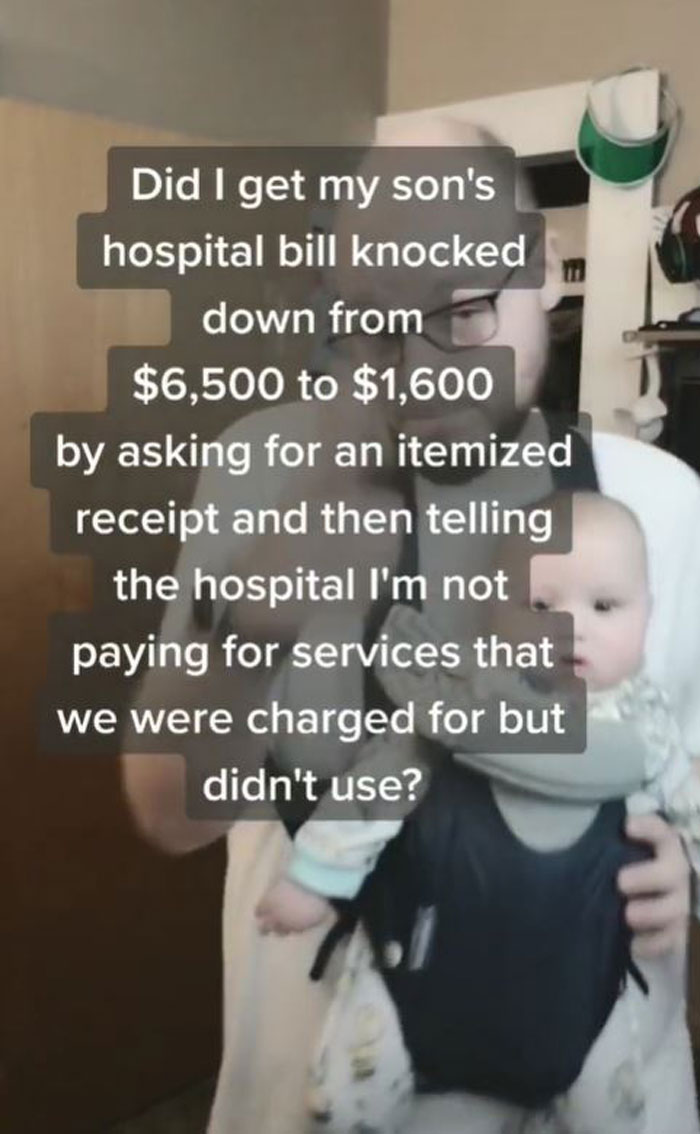 A study published in the online journal Health Affairs says that parents with employer insurance paid $4,569 in 2015 for the delivery, the hospital stay and the postpartum care. The price goes up if the mother has to have a C-section, if the child or the mother have any complications and the price also greatly varies depending on which state in the US the birth takes place.

Non-Americans were mostly saying they didn’t pay anything at all, unless you consider parking a hospital bill 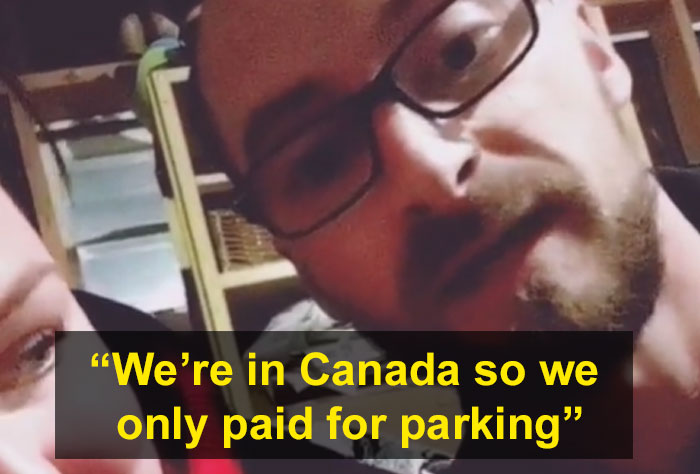 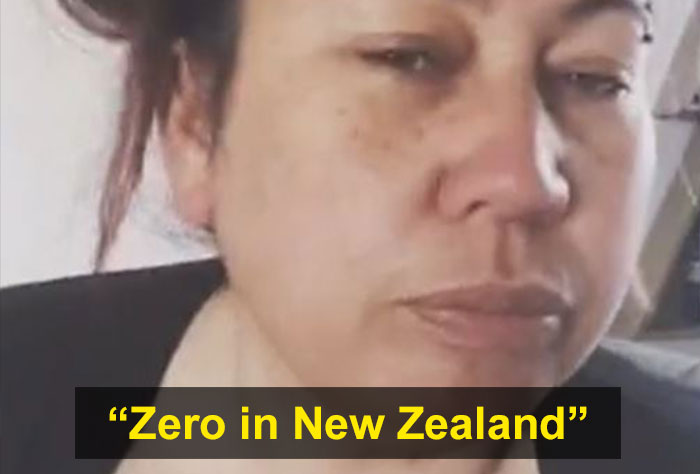 There were people who had to pay a couple of hundred dollars, but it was because they chose to have private rooms and otherwise they wouldn’t have paid anything 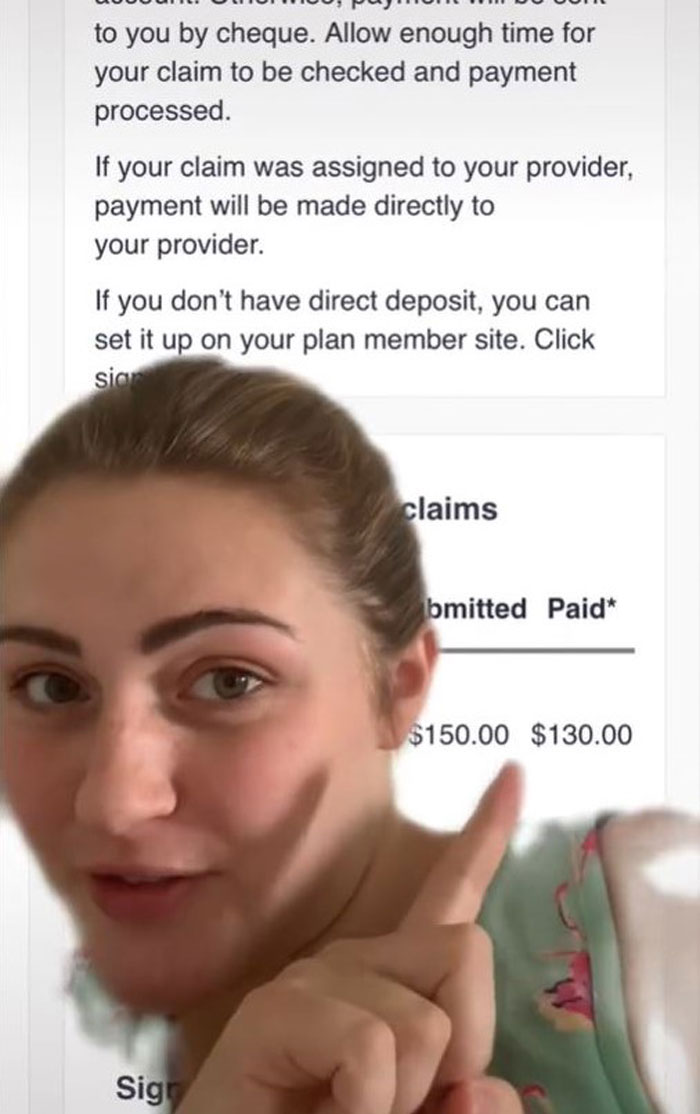 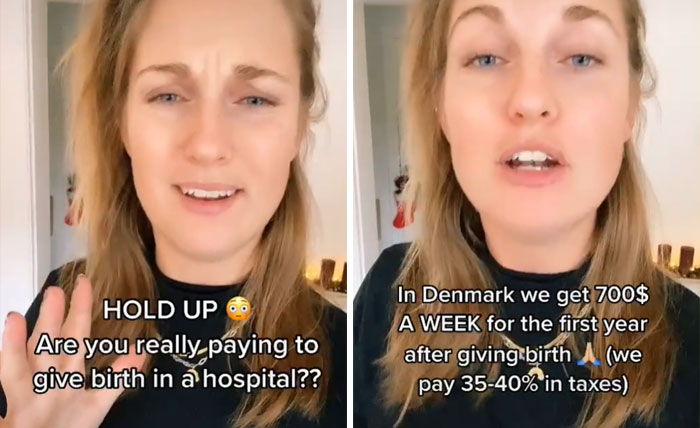 A lot of people related to the original video but moms from other countries were shocked to find out that Americans pay to give birth. In such countries as Canada, Australia, and the UK, where the moms on TikTok were from, the biggest cost was the parking. And if they received any sort of bills from the hospital, it was because they chose to have a private room. Other than that, they didn’t pay anything for the hospital stay.

It is because those countries have universal free healthcare systems that simple checkups, giving birth, having certain operations and staying in the hospital doesn’t cost them any extra money. It could be that the government is paying for all medical care or citizens are required to purchase private insurance, but even then, the amounts don’t even come close to what Americans are paying. 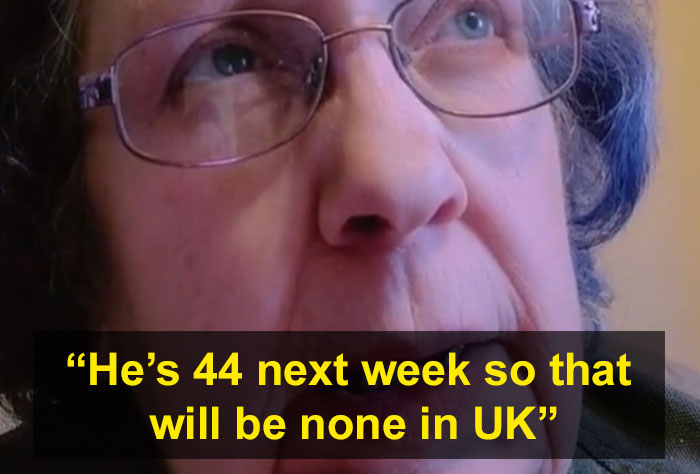 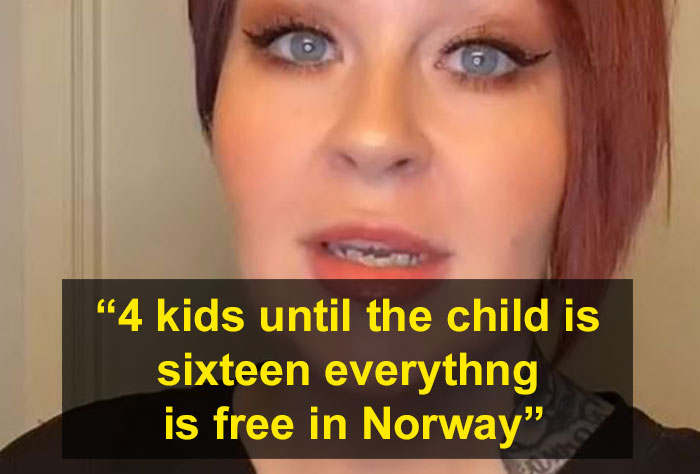 To compare, it is estimated that the total cost for Duchess of Cambridge Kate Middleton giving birth to her daughter Princess Charlotte in the luxurious accommodations that a royal family would have cost about $18,000, which is oftentimes significantly less than most births in the US.

So what makes the bills for childbirth in the USA so scary to many families? Well, the hospitals charge for the mother’s hospital stay and that varies from person to person. They also charge for the baby’s care: any medication, the nursery, special needs, tests, any devices that were used, etc. The mother’s appointments with a gynaecologist, the anesthetist, ultrasounds, blood tests and medication all add up to the bill. 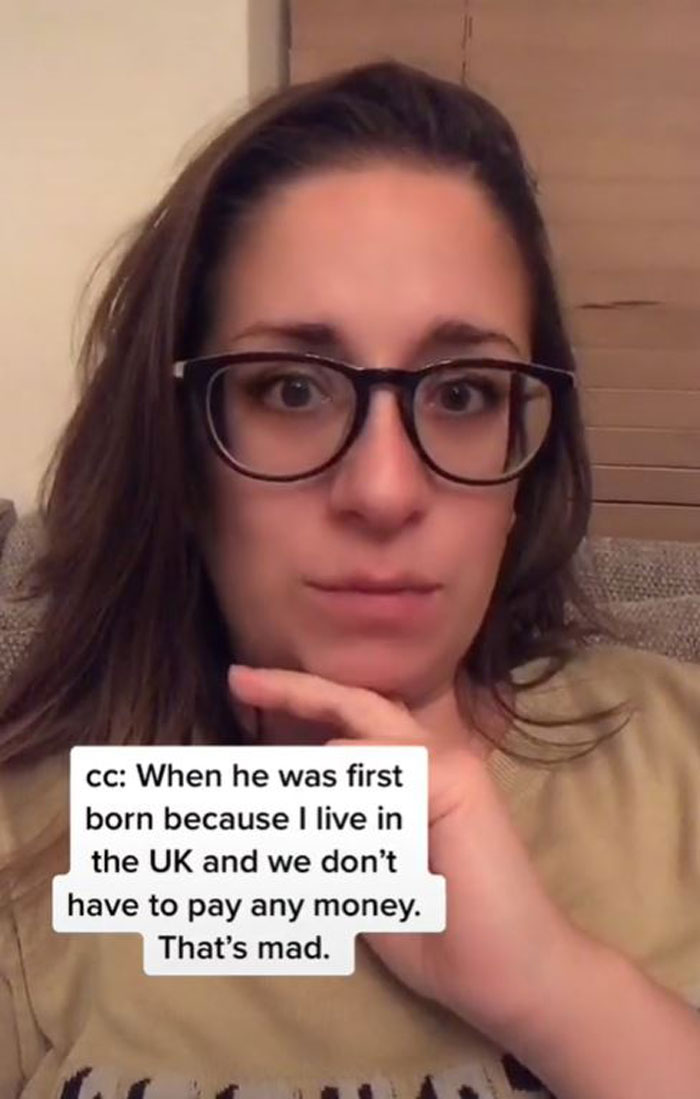 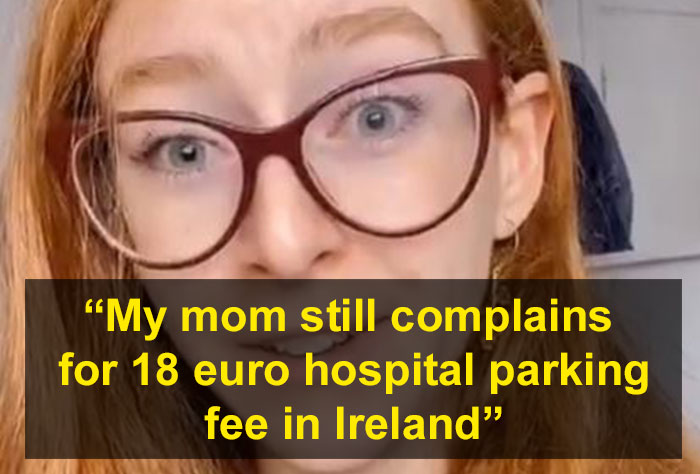 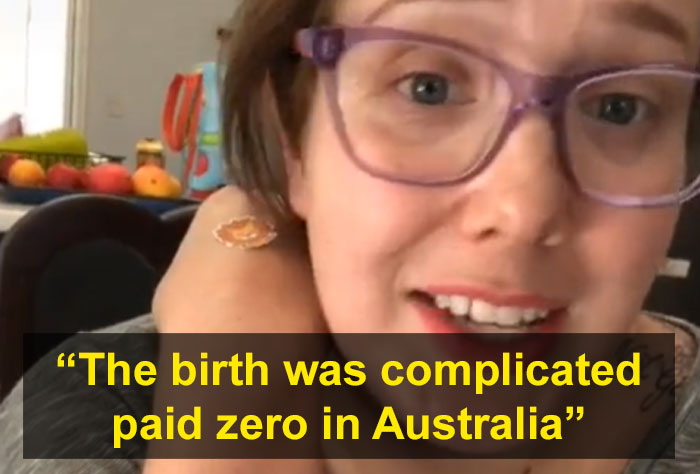 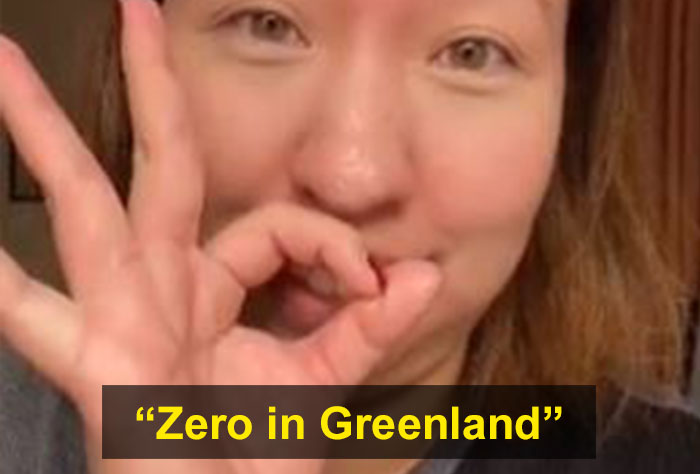 Tell us your experience with giving birth and if you had to pay anything for it? With which women do you relate more? And how do you feel about Americans having to pay so much money that they can go bankrupt for basic healthcare? Leave your thoughts and reactions in the comments!

The post “We’re In Canada So We Only Paid For Parking”: People Online Are Comparing What They Paid For Childbirth And What Americans Pay first appeared on Bored Panda.