Anyone who has been flying here and there is no stranger to that spontaneous plane shaking, when the crew tells everyone to fasten their seatbelts. You quickly run through the worst-case scenarios in your head, remind yourself it’s just “turbulence,” it happens all the time and you’re perfectly safe, and start praying.

Flying in turbulence happens when the plane is caught up in disrupted airflow during the flight. As a result, the plane starts shaking, sometimes mildly, other times pretty violently. It is vital to fasten your seatbelts as violent turbulence can throw passengers out of their seats. Having said that, turbulence doesn’t cause a plane to crash, unless it ignites a human error, but may result in injuries and create panic among the passengers.

So no wonder nobody likes turbulence. But some hate it so much they even have a fear of flying. Recently, TikToker Anna Paul shared a useful tip from “a real pilot” that should calm everyone down once and for all. By using a pot of jelly and a piece of napkin, Anna showed why exactly we can all chill, relax and enjoy the journey with ups and downs included. 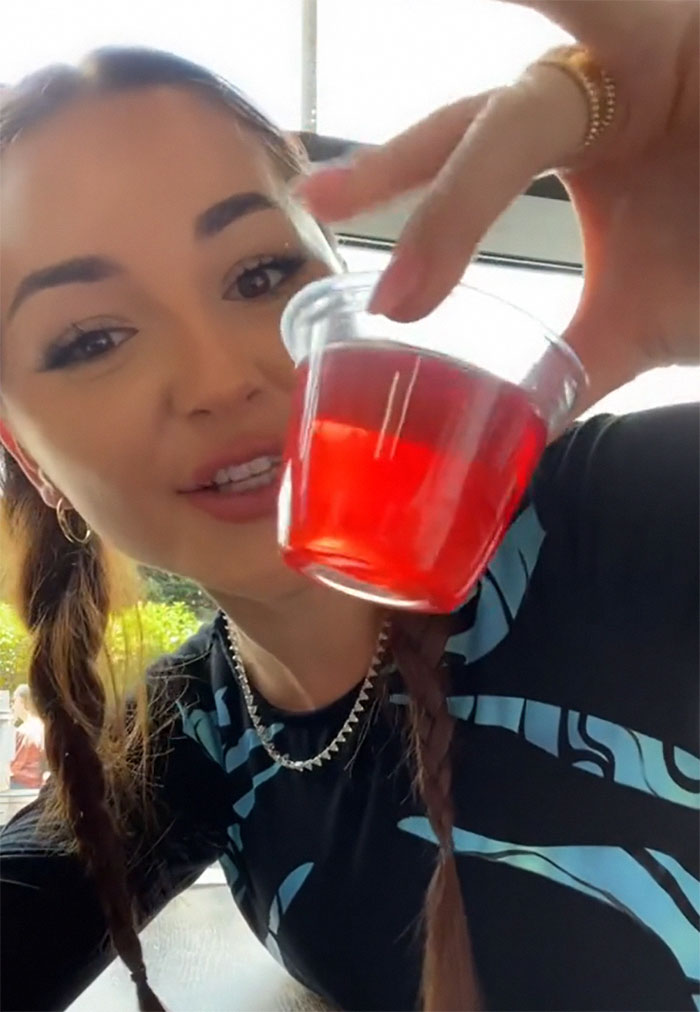 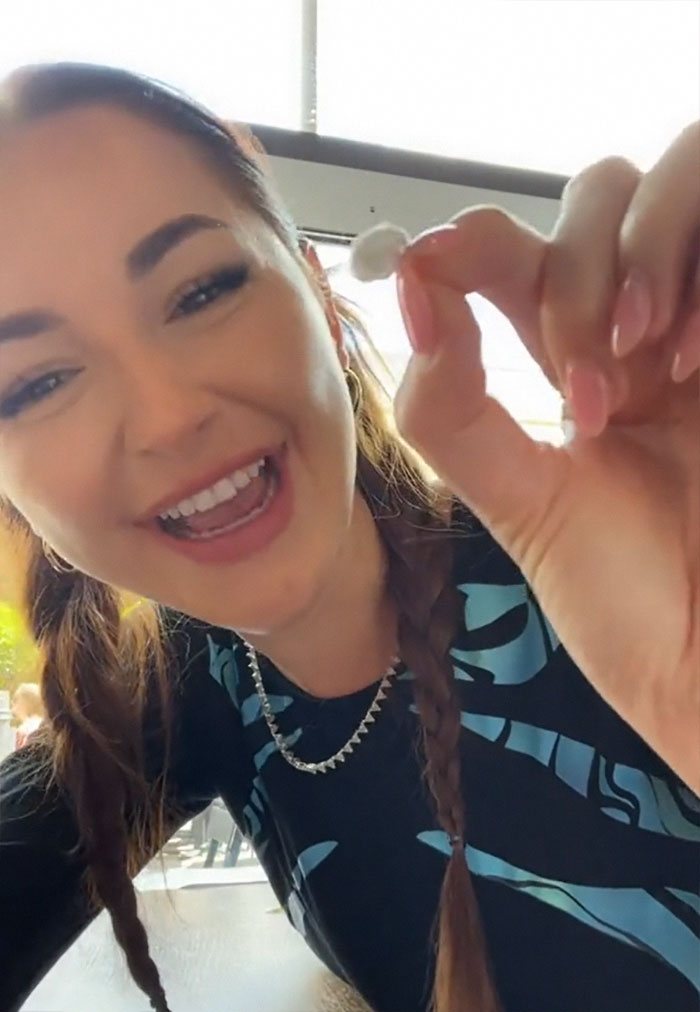 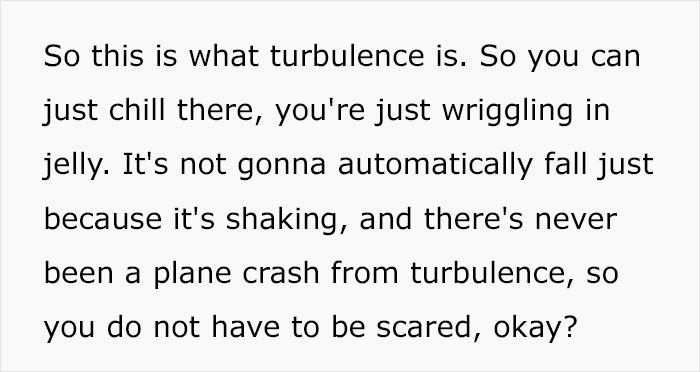 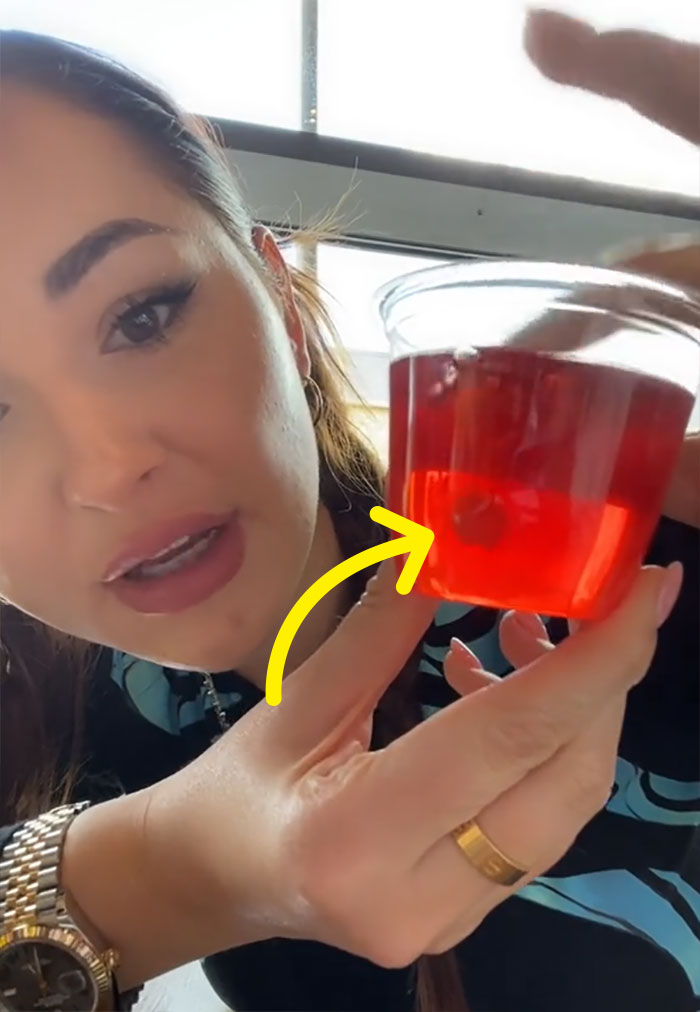 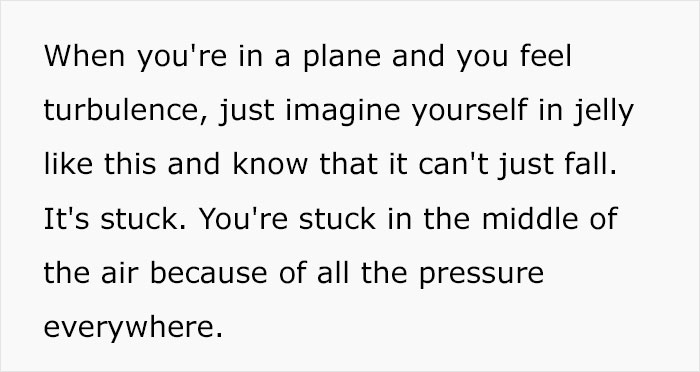 If you fly every now and then, you surely have a story of hitting a rough patch of air where all the worst (and mostly imaginable) scenarios suddenly feel very real. It’s likely you witnessed turbulence, which is chaotic and capricious eddies of air, disturbed from a calmer state by various forces. The most common type of turbulence experienced by flyers has three common causes: mountains, jet streams, and storms.

And though it’s easy to understand turbulence created by thunderstorms, a relatively new discovery by researchers is that storms can generate bumpy conditions in faraway skies. According to Robert Sharman, a turbulence researcher at the National Center for Atmospheric Research (NCAR), the rapid growth of storm clouds pushes air away, generating waves in the atmosphere that can break up into turbulence hundreds to even thousands of miles away.

The fear of flying is commonly associated with turbulence anxiety, which is centered around the thought of falling or crashing aircraft. But according to Marilyn Smith, an aeronautics engineer at Georgia Tech, “Everything on a plane has been tested to within an inch of its life so that it won’t fail.” Full-sized aircrafts are run through physical tests in the labs, where they endure stresses much greater than they’ll ever encounter while airborne.

Moreover, Smith explains that high-powered computing has made it possible to digitally model a wider range of hypothetical scenarios. However, if you wonder whether an airplane design could be adapted to eliminate the experience of turbulence altogether, Smith says it’s virtually impossible. 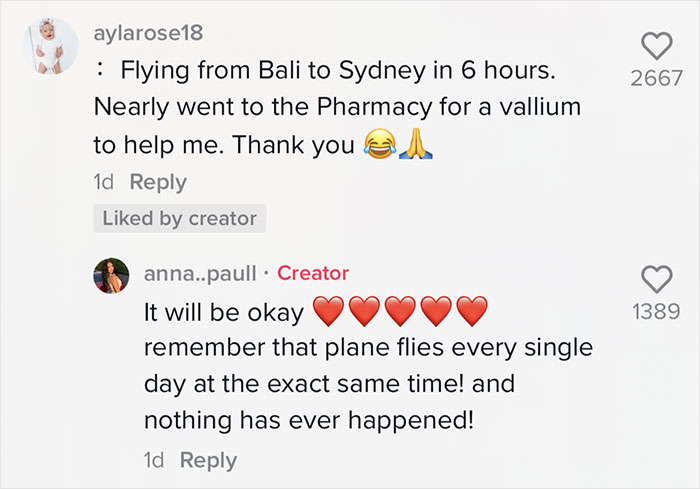 The post Woman Shares A Tip From ‘A Real Pilot’ To Show Why Fear Of Turbulence Is Unreasonable first appeared on Bored Panda.