These days, the importance of personal safety cannot be stressed enough. Even if you’re not out of your element, traveling around the world or the like, dangers lurk around every corner, so staying aware of your surroundings is key to staying safe.

A woman online has not too long ago shared a story that serves as a great reminder on just how aware you ought to be of things, especially if you’re waiting for your Uber. 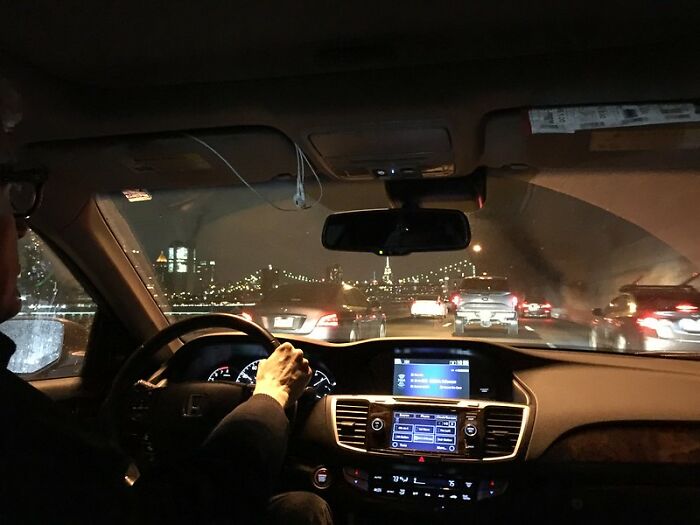 Solo travel blogger Ciara Johnson recently went to Twitter to share an incident that happened to her. One that could have ended badly if not for staying on top of things.

A car pulled up as she was waiting for her Uber to come over. The driver jumped out and hurriedly threw her suitcase in the trunk. Ciara was still waiting to see the license plate, confused as all heck as to what was happening. She finally noticed that it was, in fact, the wrong car. 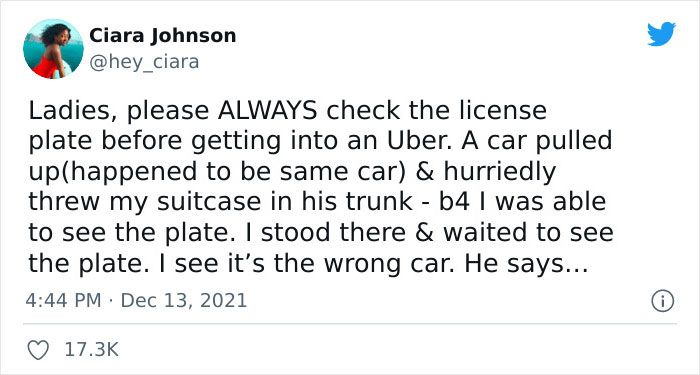 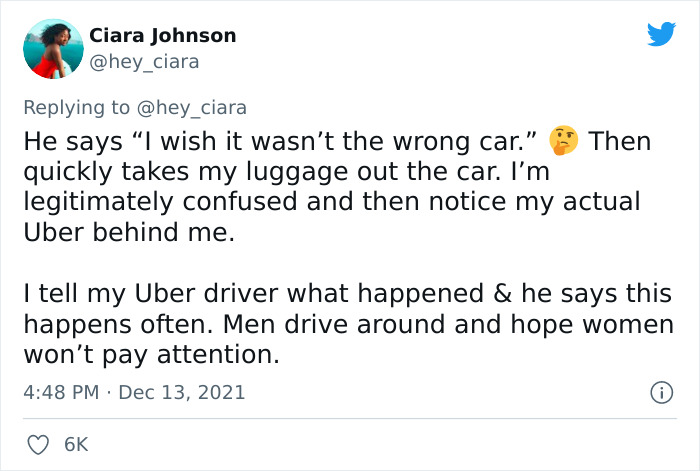 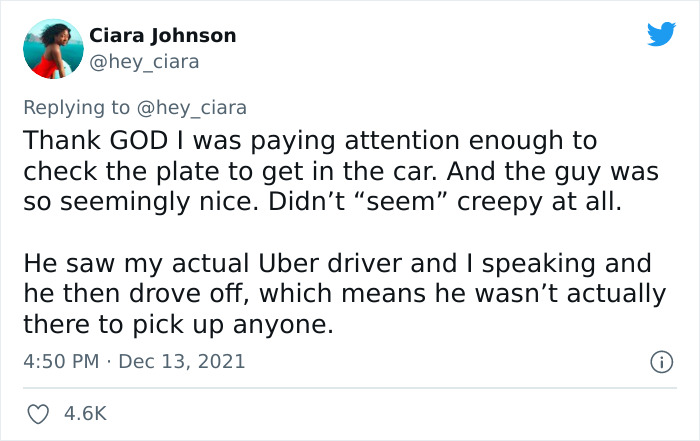 The driver ended up taking the luggage out, seemingly hoping it wasn’t the wrong car, and blurted out “I wish it wasn’t the wrong car.” Ciara then noticed that her actual Uber driver was behind her. She explained what had just happened, and he noted that this happens often—men drive around in hopes ladies won’t notice.

Once Ciara is seen talking to her actual driver, the man simply gets into his car and drives away, adding even more suspicion. 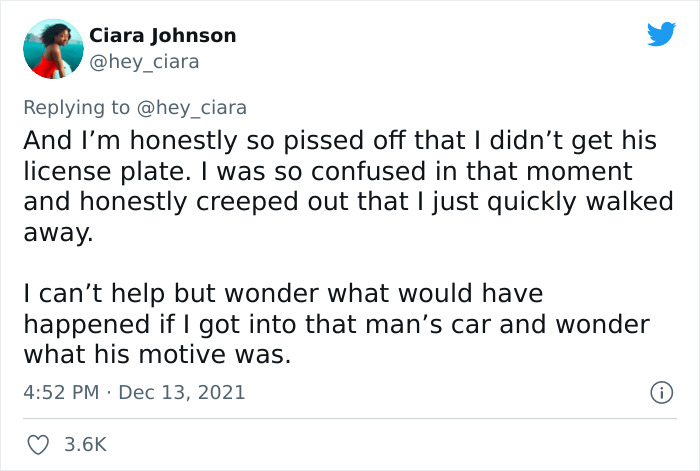 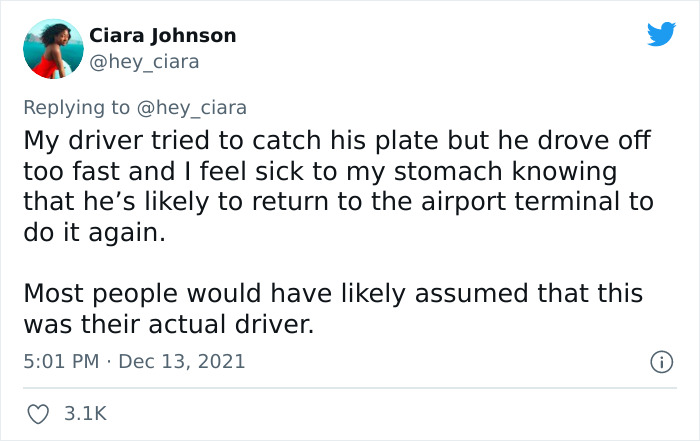 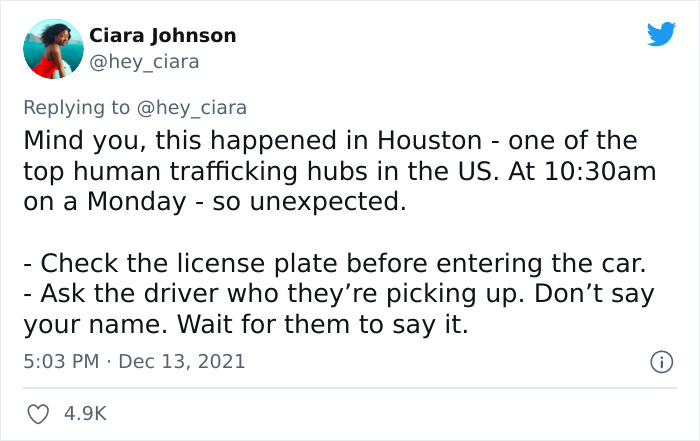 Ciara took the opportunity to turn this into a life lesson for everyone: always check the license plate before entering the car, the driver should ask for a pin to confirm it’s the right client in their car, and if not, always ask for what your name is—the right driver should be able to answer that.

She also suggested comparing the profile photo, if your service supports that (some don’t), and also sharing your location with a friend for the duration of the journey (pst! if your taxi app doesn’t support that feature, you can always use the Location function on Facebook Messenger or Google Maps). 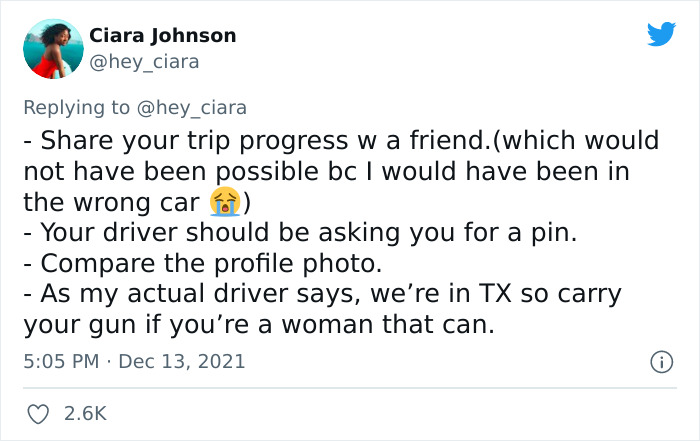 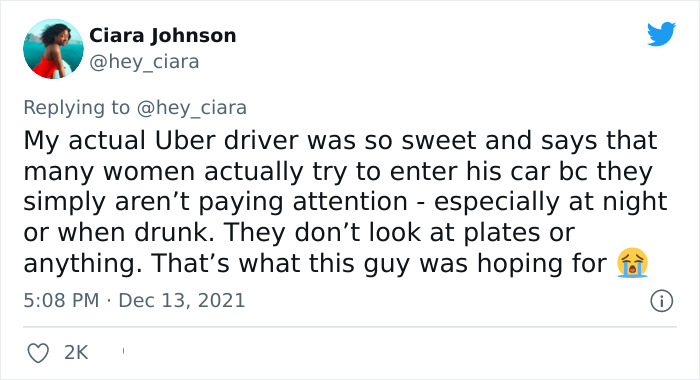 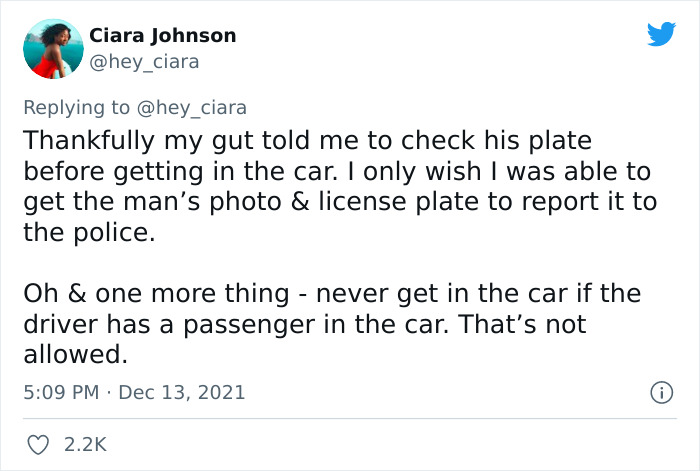 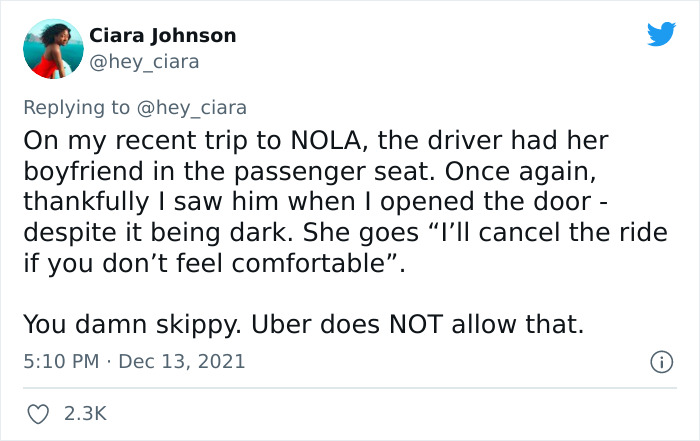 Lastly, another serious giveaway is if there’s another person in the car—a ‘boyfriend’ or whomever sharing the ride. Oh, and if applicable, “as my actual driver says, we’re in Texas, so carry your gun if you’re a woman that can,” said Ciara.

Ciara’s tweet soon drew significant attention, garnering over 17,300 likes and nearly 8,400 retweets. In response to this, people on Twitter started sharing their stories of how much people don’t pay attention to the cars they jump into, let alone the license plates. 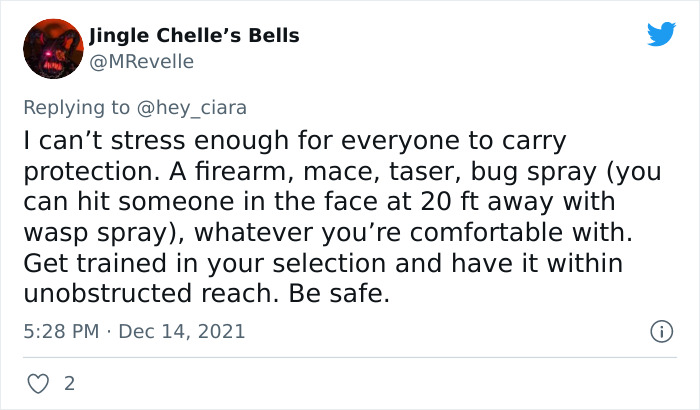 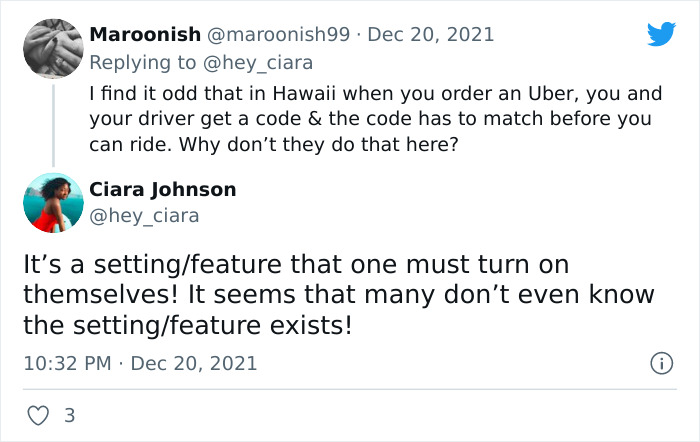 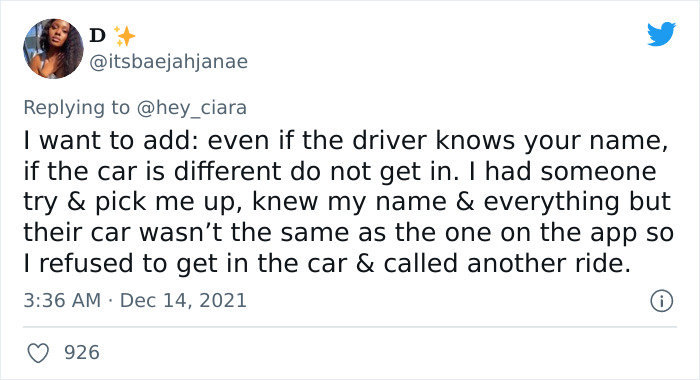 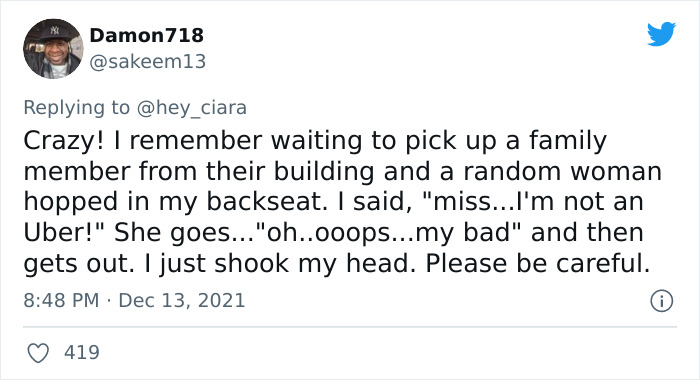 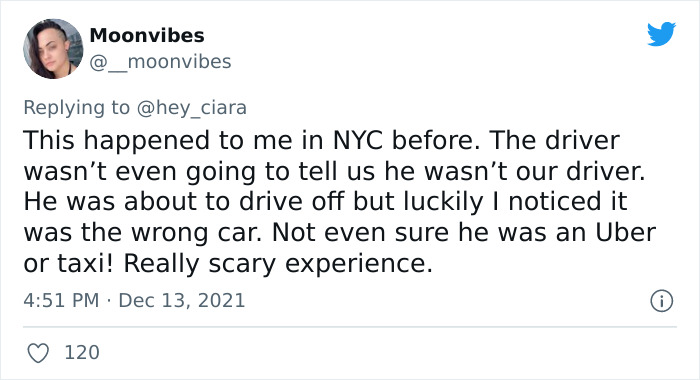 Others shared how this happened to them or their friends, and how they avoided the close call. And even one person explained how two other women managed to jump into their Uber and were pretty surprised and confused when the journey was confirmed without them actually being in the car. 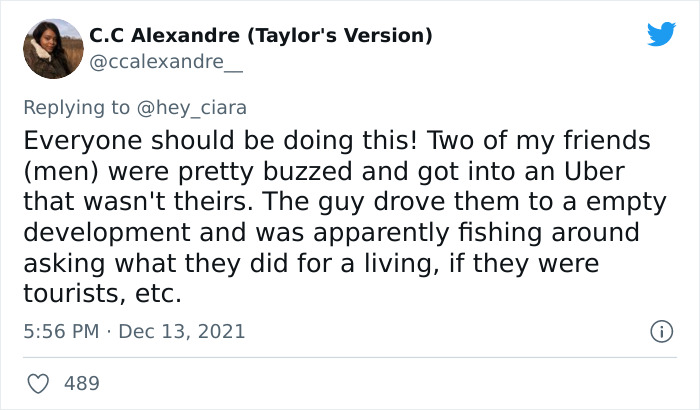 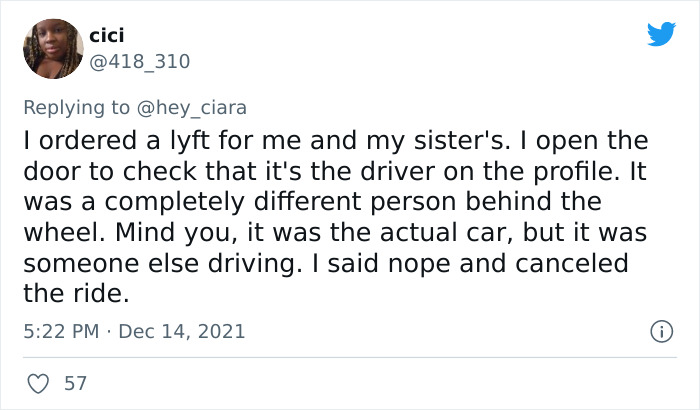 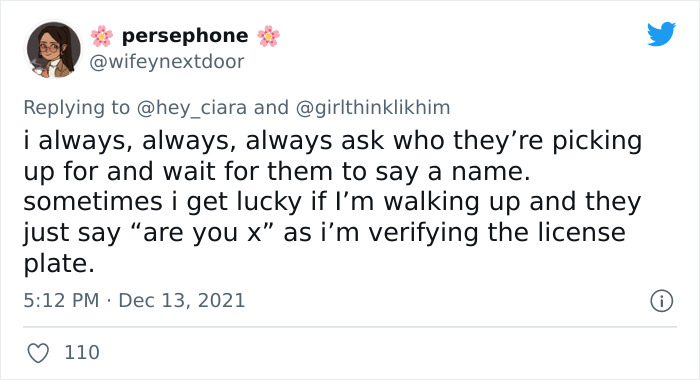 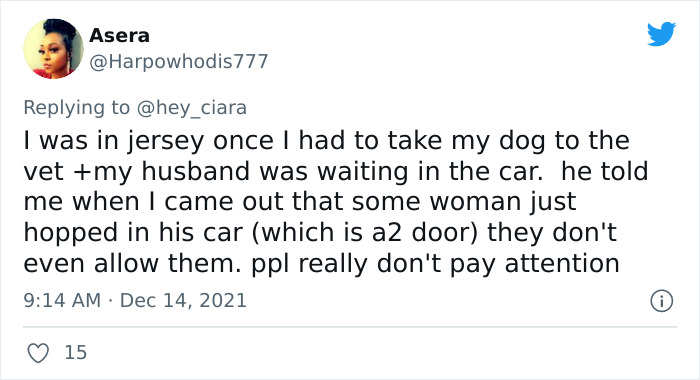 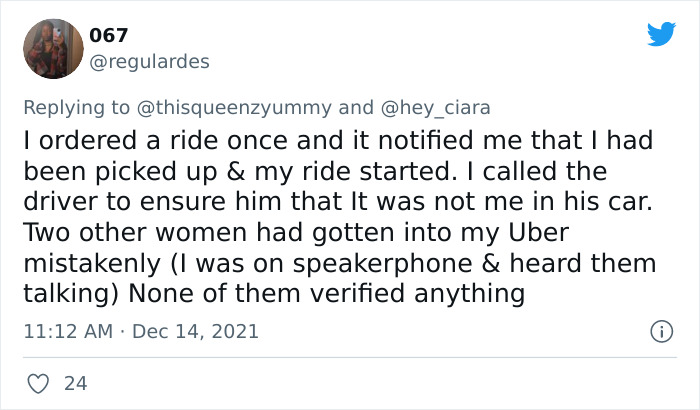 You can check out the entire Twitter thread in context here, and even check out Ciara’s tips on how to stay safe as a solo female traveler here. But before you go, tell us some of your ‘wrong driver’, close-call or general Uber advice in the comment section below!

The post Woman Shares Story Of How Checking An Uber Driver’s License Plate Saved Her From Possibly Being Trafficked And Gives 7 Tips For How To Be Safe When Uber Arrives first appeared on Bored Panda.

64 Teenagers Who Got Absolutely Roasted By Their Parents On Twitter