A dollar now likely won’t be worth a dollar in a few years’ time, as inflation gobbles up some of its purchasing power. Most people are aware of this. Especially if they’re business or management experts. As such, employers dampen the negative effects of inflation by raising your salary. Meanwhile, good employers raise your wages a bit more so that their workers feel like they’re growing, not stagnating. After all, why would anyone bother working for somebody if they can’t even afford the basics of living anymore, right?

Unfortunately, not everyone got the memo. Minnesota-based TikToker Nonymouse, aka @non1m0uz3, shared how he was looking for jobs when he stumbled upon a job ad by a company he used to work at 14 years ago, all the way back in 2009. He had worked at that particular position, and… the wage hasn’t changed at all in nearly one and a half decades.

The TikToker’s revelation instantly went viral, getting over 203.6k views and more than 12.7k likes. Many internet users couldn’t believe what they were seeing, and the video spread like wildfire not just on the video-sharing platform, but on news sites as well. Scroll down for the full video, as well as how the internet reacted to it.

Bored Panda has reached out to @non1m0uz3 via TikTok, and we’ll update the article as soon as we hear back from him.

Many Americans feel like they’re not being offered a fair wage. Some companies are failing to step up 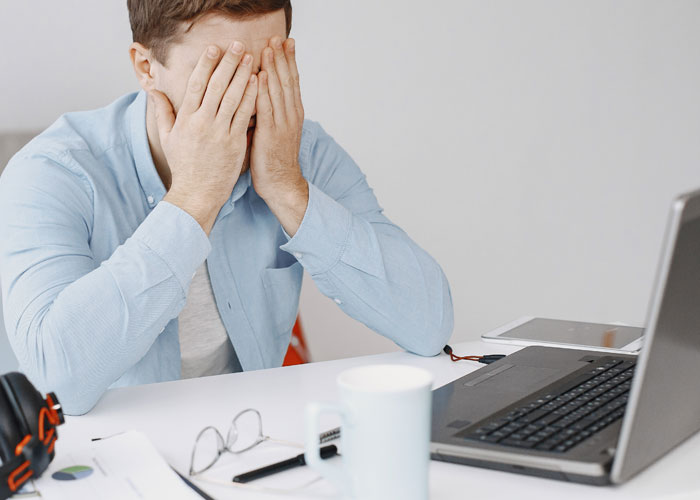 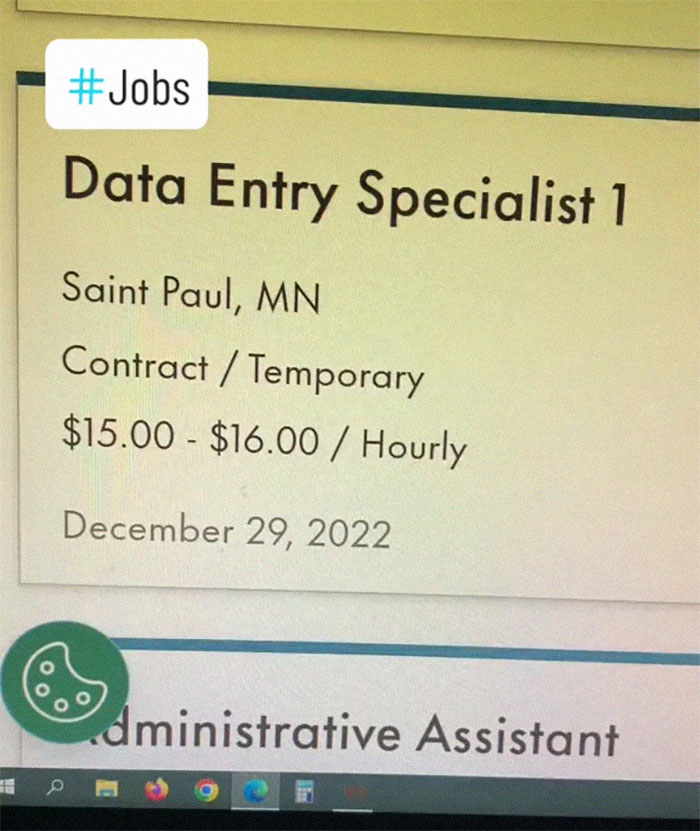 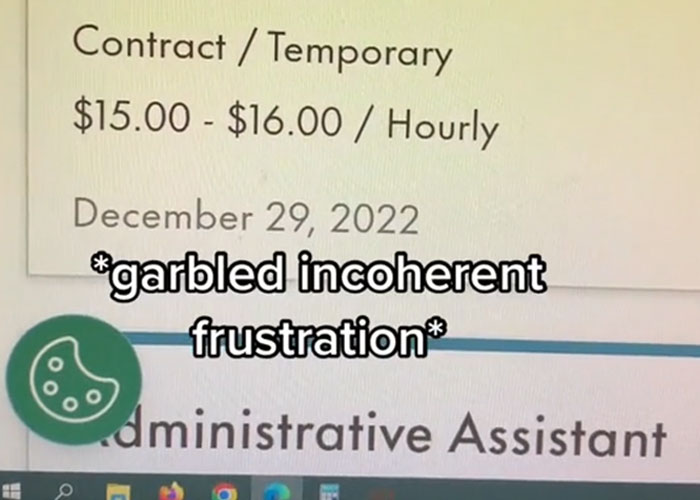 It is absolutely ridiculous that there are some employers out there who completely ignore the economic situation in the country, as well as the world. And we’re not even talking about a small lag of a few months or even years that might account for a slow reaction time to macro conditions. Nope!

We’re talking about 14 friggin’ years of the company choosing to not raise the hourly wage for the data entry specialist position. Now that’s a whole other level of inflexibility. Not to mention just how much this approach radiates an anti-employee philosophy.

The job ad that was featured in the TikTok notes that the position pays $15 to $16 per hour. According to Minnesota’s Department of Labor and Industry, the minimum wage rate, adjusted for inflation as of January 1, 2023, is $10.59 per hour for large employers and $8.63 per hour for other state minimum wages.

Though inflation has decreased slightly over the last half-year in the US, many Americans are still incredibly worried about their financial stability. CNN notes that consumer prices rose 7.1% in November 2022, compared to a year ago. That’s down from the peak last June, when prices were up by 9.1%, year over year.

However, far from everyone’s salaries are keeping pace. Average hourly earnings increased 0.3% over the month before, according to CNN. That’s a 4.6% annual growth. Meanwhile, the average hourly earnings rose 0.4% in November. What this means, generally speaking, is that many people are having to cut back on expenses or look for additional revenue streams.

Unemployment in the US fell to 3.6% in December, as the economy added 223k additional jobs last month.

Everyone wants a fair wage. That means fighting for what you feel you deserve, whether it’s during a job interview or during a meeting with your manager. You have to demonstrate that you know your worth and back it up with concrete facts. You have to be your number one supporter.

A career coach explained to Bored Panda during an earlier interview that people going to job interviews tend to “humble themselves when they need to be boasting.”

“If you understand why the work that you were doing was important and how it impacts your org (project) then you should be explaining that to the interviewer without holding back. How did you go above and beyond to make sure things worked? What creative ways did you come up with? Show off,” he urged job seekers to have more confidence in themselves.

However, technical skills and boasting aren’t enough. You also need to have good interpersonal (aka ‘soft’) skills, as well as show confidence through your body language and tone. Personal skills and how you present yourself are essential.

The post ‘You’ve Got To Be Kidding Me’: Guy Can’t Grasp That This Listing For The Exact Job He Worked 14 Years Ago Offers The Same Pay, Starts An Important Discussion first appeared on Bored Panda.